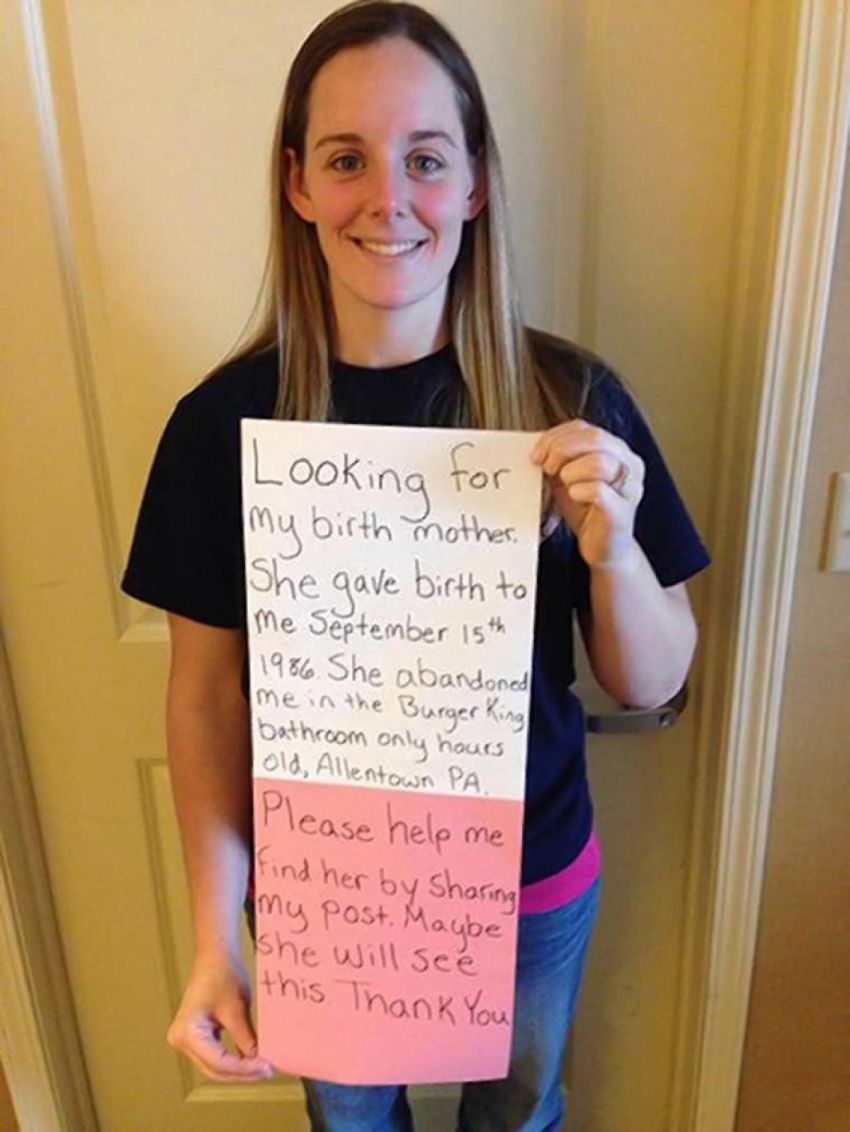 27 mar 2014 12:02
Tags: facebook   reunite
0
5
Katheryn Deprill put out her plea for help earlier this month, and after her page was shared thousands of times, she finally met the mother who left her in 1986.

0
Earlier this month, Katheryn Deprill put up a Facebook page asking for help in finding her biological mother.

0
Katheryn was abandoned in the bathroom of a Pennsylvania Burger King’s bathroom as an infant.
As Katheryn’s Facebook page was shared around the internet, and after an endorsement from Nancy Grace, the “Burger King Baby” was finally reunited with her birth mother.

0
According to the Associated Press, Katheryn’s biological mother contacted her through an attorney, asking for her name to not be disclosed. The attorney said the woman said that, as a 16-year-old, she was raped while traveling abroad and became pregnant. The woman said she hid the pregnancy from her parents and, after giving birth in her bedroom, felt she could not take her newborn to the hospital because she would have to answer questions.

0
Deprill, who had launched the search with the blessing and encouragement of her adoptive parents, was accompanied by her adoptive mother and her youngest son, 7-month-old Jackson.
Katheryn told reporters that her mother plans on building a relationship with her and they will be meeting up again in the near future.

0
Liam Kent 7 years prev
my co-worker's mother brought in $20235 the prior week. she is making cash on the internet and got a $574200 condo. All she did was get blessed and try the directions leaked on this web page