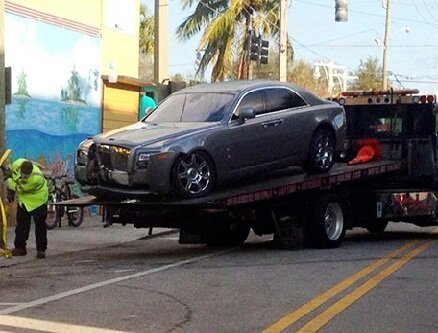 Police in South Florida say rapper Rick Ross crashed his Rolls Royce into a building after hearing shots fired nearby. 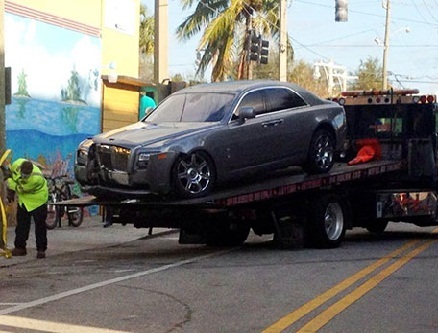 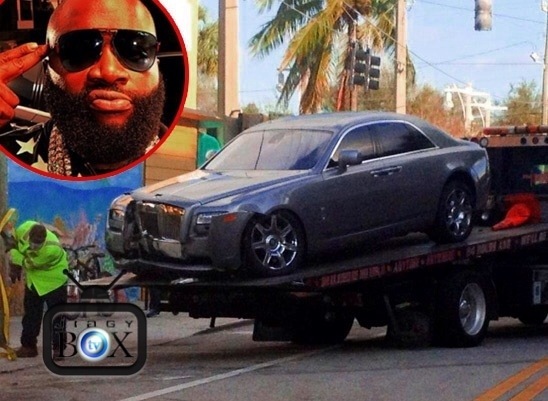 0
Neither Ross nor his passenger was injured and police say it did not appear that any bullets struck the Rolls.
The police report uses Ross's real name, William L. Roberts. Ross turned 37 years old Monday.
Authorities say unknown suspects fled before police arrived. TV news footage showed a bullet hole in the window of a nearby restaurant. 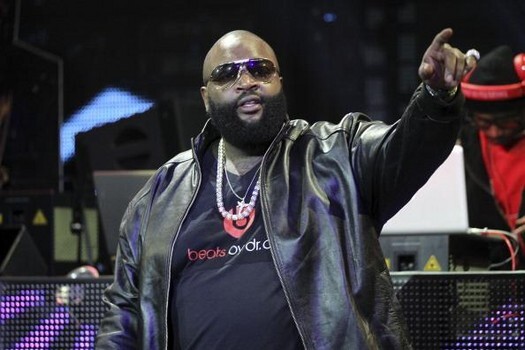 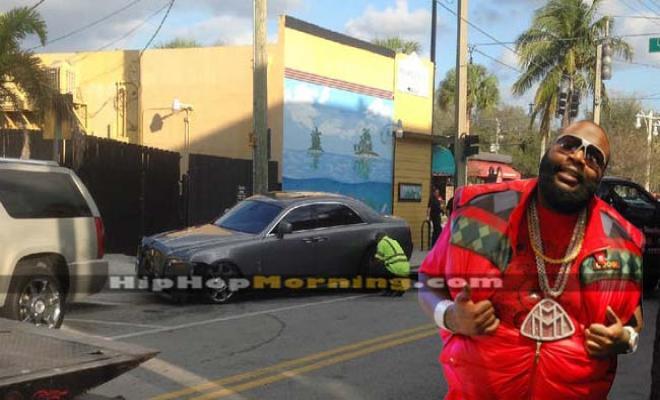 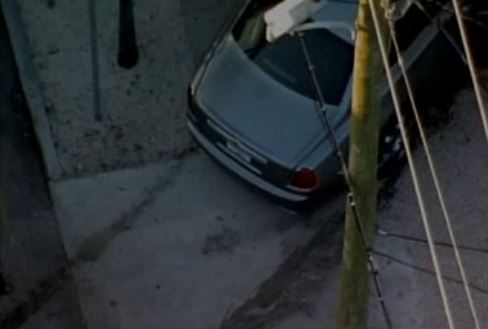 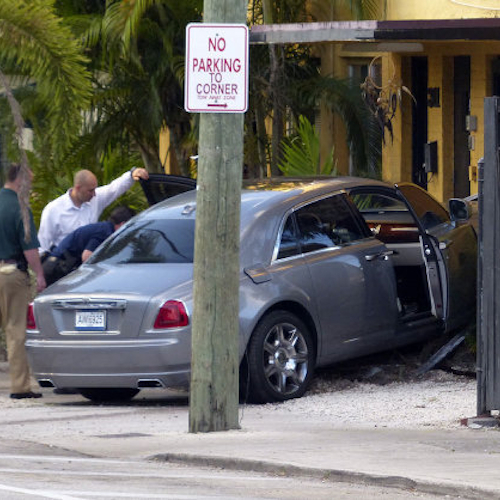 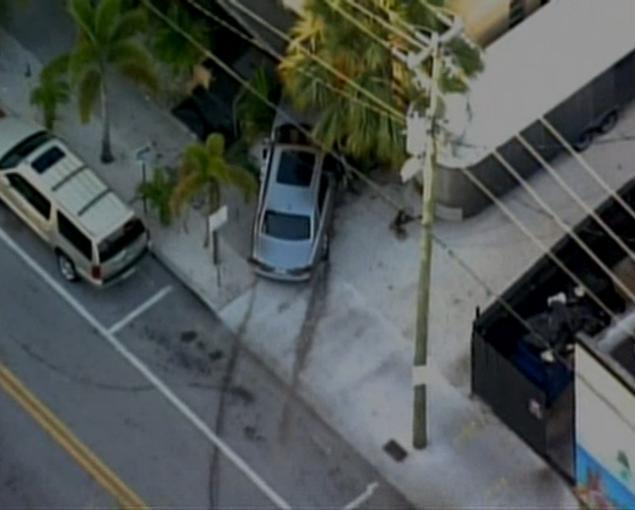 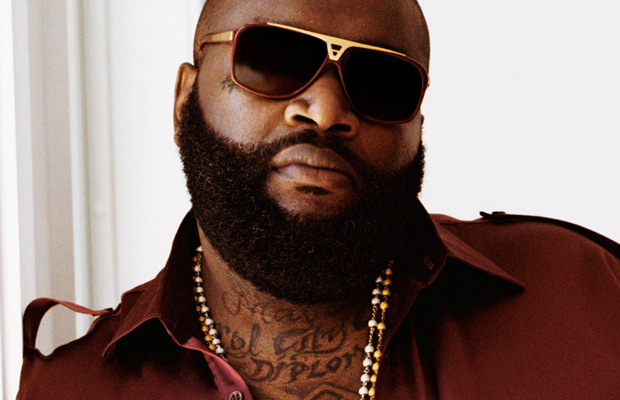