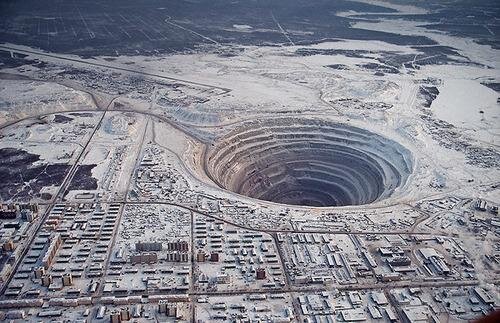 Underground laboratories have been around for a while now. Some research just can't be done on land for security reasons. Say hello to DARK MATTER! 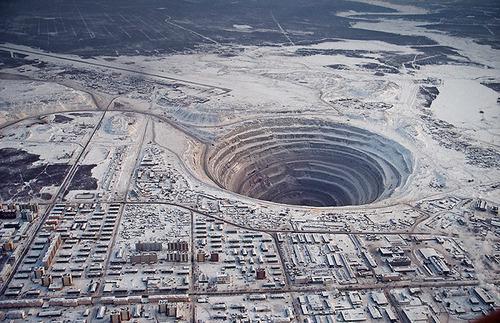 0
Смотреть все фото в галерее
The Kola Super Deep Borehole in Russia is a scientific project, which began in May 1970 on the Kola Peninsula. The project’s goal was to dig as deep as possible with an initial goal of depth set for 49,000 ft. However, after reaching, a depth of 40,000 ft. and experiencing higher than expected temperatures the drilling was halted and the project never resumed. This hole continues to provide a wealth of new information about our world and how it was formed as well as knowledge about our universe. 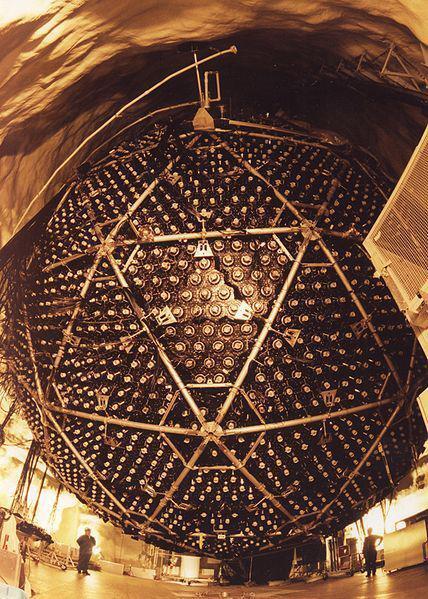 0
Solar Neutrinos are small particles that are born in the Sun’s Thermo Nuclear Fusion and travel near the speed of light. Right now, trillions and trillions of them are traveling through space. To get an idea of how many, take the earth’s population and multiply by 25. That is approximately how many neutrinos are passing through your thumbnail, right now.
Scientists know they exist but they are so small and travel so fast that seeing one in almost impossible. This is exactly why SNOLAB was built, where deep underground in SNOLAB, the level of cosmic rays is reduced 10 millionfold. 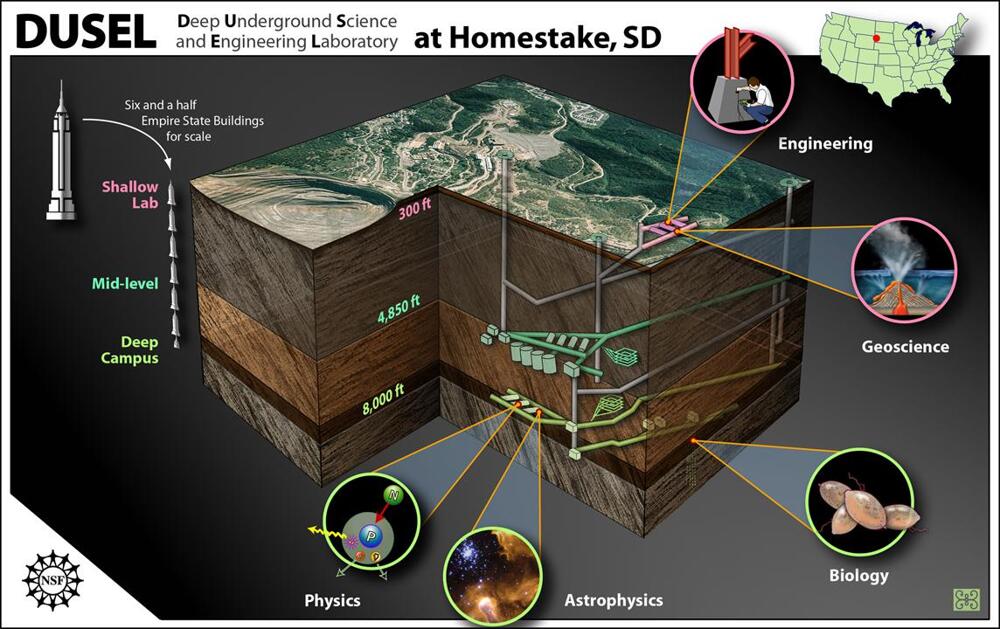 0
We are impressed by the breadth and depth of the DUSEL science. The envisioned program in physics and astrophysics will address fundamental questions about the Universe and its fundamental laws, such as the question of why the universe contains matter but no antimatter, the nature of dark matter, the origin of neutrino mass, and the genesis of the chemical elements. … In addition, the Committee felt that the interdisciplinary laboratory, with sustained support, will provide unique scientific opportunities that engage and educate the next generation of scientists 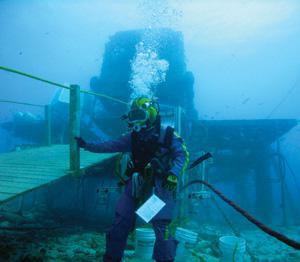 0
Aquarius Reef Base, in the Florida Keys National Marine Sanctuary, is the world’s only undersea research station. It is an underwater ocean laboratory deployed three and half miles offshore, at a depth of 60 feet, at the base of one of the many beautiful coral reefs comprising the Florida Keys National Marine Sanctuary. Scientists live in Aquarius during ten–day missions using saturation diving to study and explore the coastal ocean 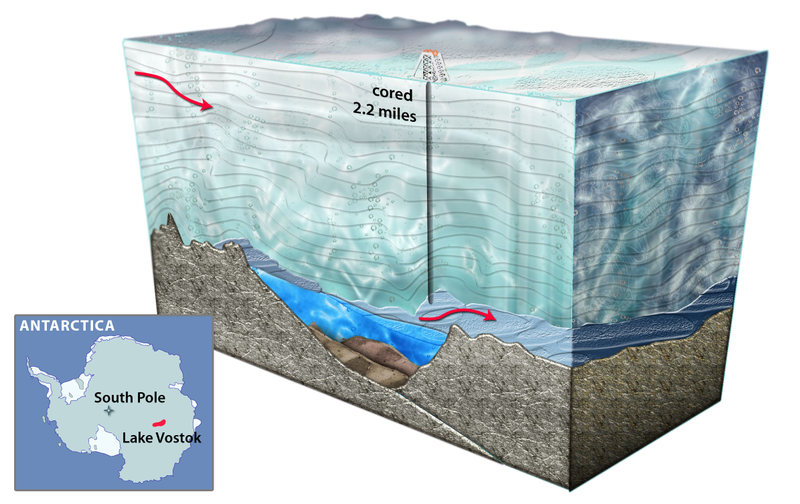 0
With tiny, living “time capsules” survived the ages in total darkness, in freezing cold, and without food and energy from the sun, this lake is a living underwater scientific lab. Experts estimate that the lake water itself may have been isolated for as long as 15 million years.

One of the most surprising and amazing discoveries of our time occurred in 1996 deep in the vast frozen wilderness of Antarctica. Russian scientists were drilling ice core samples. At just under 4000 feet (1.3km), the samples became clean. This, at first, baffled the scientific community until they realized they had discovered the world’s largest warm water sub glacial lake. 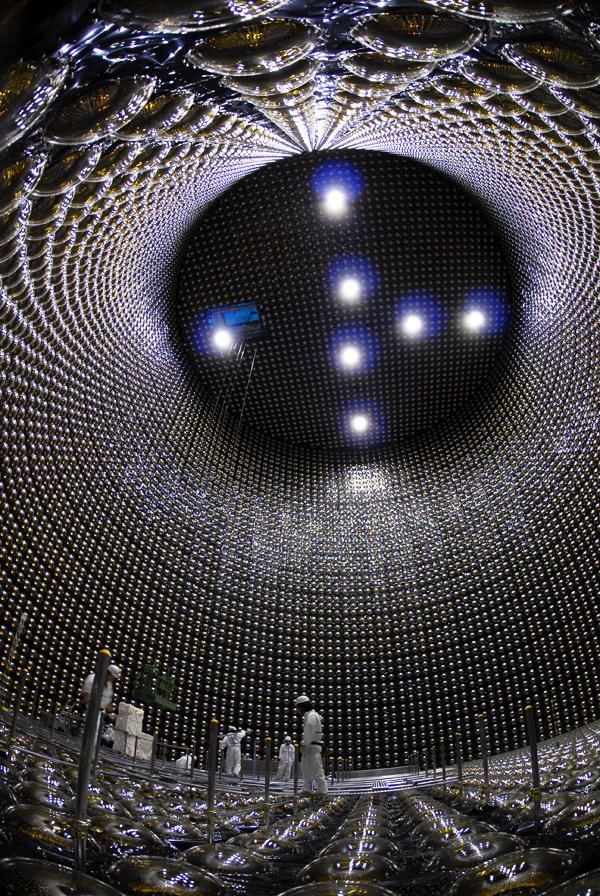 0
Super kamiokande, located directly under Mount Kamiokako, near the Japanese city of Hida, is a Super Neutrino Detector laboratory 3,281 feet (1100m) below ground. The tank that makes up the largest portion of the device is approximately 136 feet (45m) tall and 129 feet (43m) across and contains fifty thousand tons of ultra-pure water.
The neutrinos pass through almost everything at close to the speed of light, including people. In water, however, they leave a slight trail of light, called Cherenkov radiation, the purer the water, the more visible the trip. When neutrinos collide with the nucleus of an atom, they emit a flash of light, leaving an imprint on a ring detector on the specialized wall of the tank 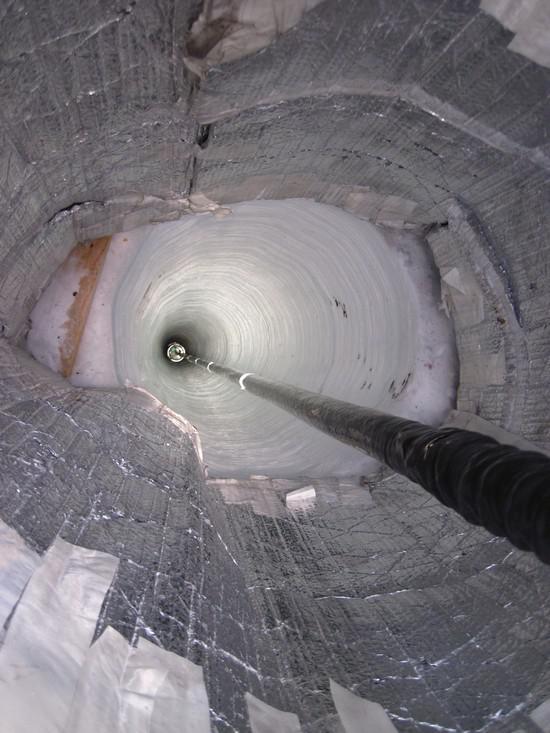 0
The IceCube Neutrino Observatory, built over a decade at a cost of $271 million, is buried over a kilometer under the South Pole and longer than the world’s tallest skyscrapers combined. This particle detector records the interactions of neutrinos, nearly massless sub-atomic particles.
The IceCube Observatory is designed to detect a blue light, called Cherenkov radiation, created by the nuclear reactions of individual neutrinos crashing into ice atoms. Cherenkov radiation is generally considered to be the equivalent of a sonic boom for light. The telescope searches for neutrinos from the most violent astrophysical sources – events like exploding stars, gamma ray bursts, and cataclysmic phenomena involving black holes and neutron stars. 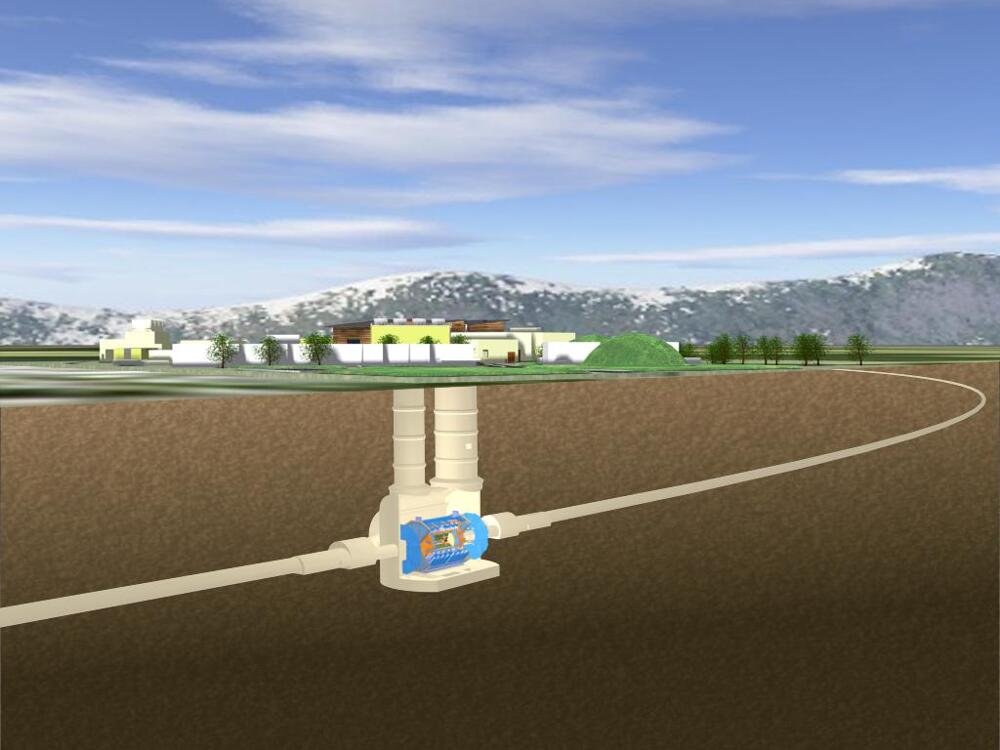 0
The European Organization for Nuclear Research (French: Organisation Européenne pour la Recherche Nucléaire), known as CERN, is an international organization whose purpose is to operate the world’s largest particle physics laboratory. The lab which is situated 110 meters below ground in Northwest Geneva. The CERN organization is the largest gathering of scientists on the planet incorporating the efforts of over 7,900 experts in particle physics from 580 universities from more than 80 nationalities.