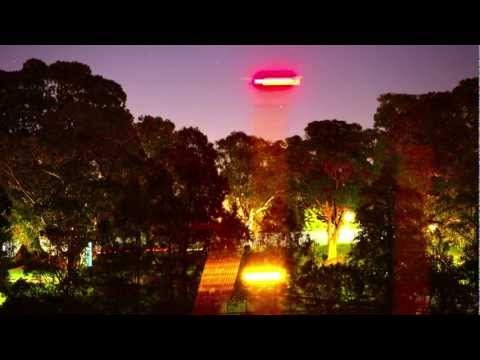 Russell Crowe knows that the truth is out there, you guys. And as proof, he’s provided a YouTube video he claims has evidence of a UFO that his friend inadvertently caught on camera while photographing fruit bats.

The vid purports to be from outside Crowe’s office in Woolloomooloo (which, despite its spelling, is actually a place in Australia and not what happens when your cat walks across your keyboard) and it also claims to be “real” and contain a “UFO?”
Note the question mark. It could be important.
Crowe shared the video on Twitter multiple times, fielding questions in an attempt to prove its authenticity and/or that he is not in fact a crazy person. SPOILER: It may be a bit of both.
A YouTube debate is currently in progress. Is it a UFO? Is it swamp gas reflected off Venus? Is it totally fake? Should Will Smith and Tommy Lee Jones gets a heads-up? 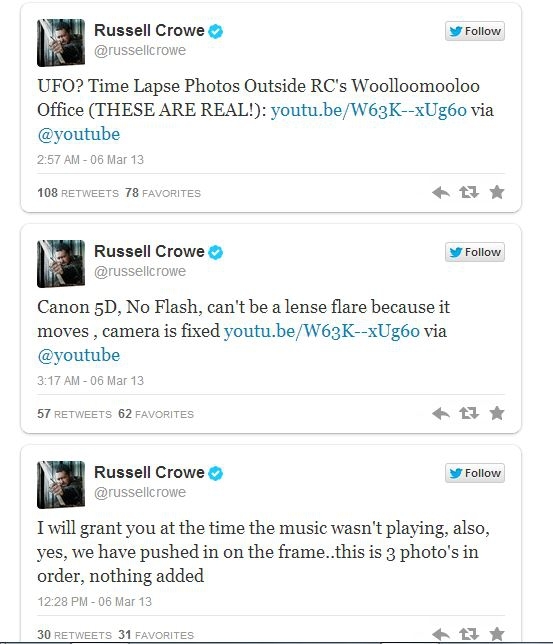