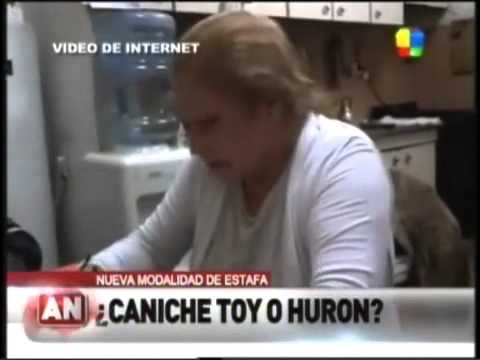 09 apr 2013 19:29
953
1
This is not a joke. A man at the largest outdoor bazaar in Buenos Aires bought two toy poodles from a vendor for $150 each. Only he didn’t actually buy two poodles. He actually bought two ferrets that were hopped up on steroids and given fancy hairdos so they would look like poodles.
In addition, one lady also bought a ferret, believing it to be a chihuahua. People in Argentina call the “enhanced” ferrets Brazilian rats despite the fact that they’re not rats at all. Turns out, when ferrets get excited, they do a “weasel war dance,” and when they get upset, they hiss. Maybe one of these two terrifying traits are what clued their owners in, since apparently having creepy ferret faces didn’t quite do the trick.