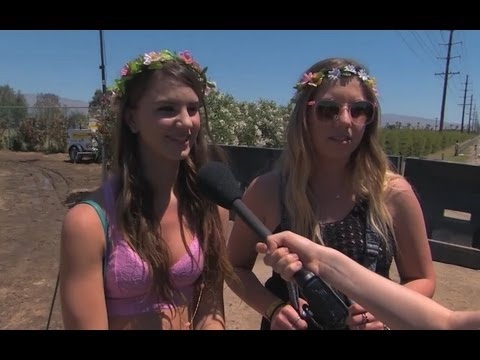 24 apr 2013 15:16
2087
1
Coachella has come and gone, bringing together music lovers who pride themselves on knowing obscure bands that we, the general public, have never heard of. Enter Jimmy Kimmel to take them all down one by one.
On a recent episode of ‘Jimmy Kimmel Live,’ the late night host ran a segment titled ‘Lie Witness News: Coachella 2013′ in which his producer interviewed festival-goers about fictitious bands that were supposedly appearing on the lineup. And as the video shows, rather than admit that they are indeed human and don’t know every band that exists, each and every festival goer claimed to be a huge fan of fictional bands like The Chelsea Clintons and Shorty Jizzle.
It’s too bad, we were really looking forward to hearing ‘The Obesity Epidemic’ and ‘Two Door Cinema Club.’ DJ Corn Meal sounds like a kicking album!