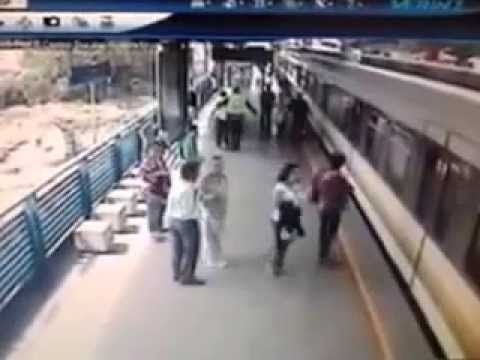 28 apr 2013 23:58
771
1
It looks like something out a superhero movie, but it’s for real.
A police officer in Columbia saved a man from an oncoming train when he tried to jump in front of it.
The man appears to try and commit suicide by stepping in front of the train when the cop reached in and grabbed him, saving his life. He then walked the man away from the train to safety.
The officer, identified as Gustavo Charrap, posted a comment about his actions on YouTube, writing, “Thanks to everyone I want to give recognition but it is my job to protect and serve the community! And will continue to do!”
To protect and to serve, indeed.