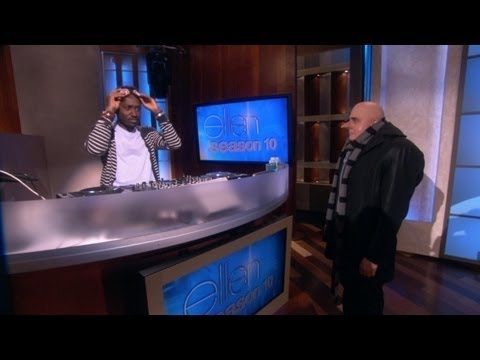 01 jun 2013 16:21
3258
1
Steve Carell made a delightful appearance on ‘Ellen’ the other day. Or perhaps it would be more accurate to say that Gru, Steve Carell’s character from ‘Despicable Me,’ made an appearance.
In addition to doing an entire interview in character, he also played a little prank on Tony the DJ, who was more than a little shocked to see a cartoon character in the flesh standing right in front of him. In short, Steve Carell is the man. Also IRL Gru is super creepy.