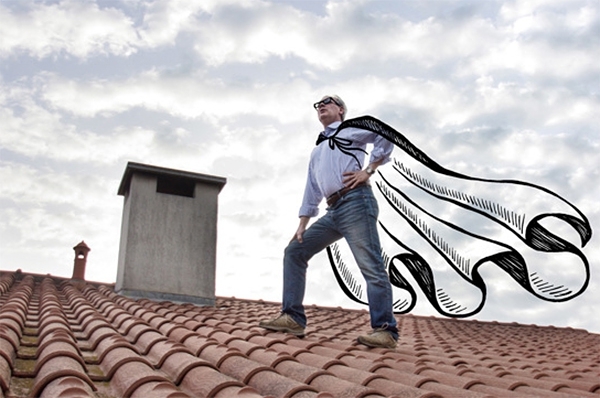 Proud Daughter Re-Imagines Her Father as a Superhero (5 photo)

13 jun 2013 08:00
827
5
Photographer and illustrator Giulia Pex transforms images of her father with superimposed drawings to turn him into a caped crusader. With Father's Day fast approaching, the Milan, Italy-based artist's collection of images in her Behance album titled Dad, you are my favourite superhero shows just how highly she regards her old man. 0
Смотреть все фото в галерее
The artist shares pictures of her dad—playfully tearing open his button-down shirt at his chest, á la Superman, to reveal an illustration of the last son of Krypton's signature "S" symbol and standing valiantly on his roof with a flowing cape drawn on. Pex even captures his vehicles of choice, including an average car revamped as the Batmobile. The personal series presents five images of a father as these comic book superheroes, regaled for their valor and duty to protect, with a daughter's simple message: "That's how I see him."