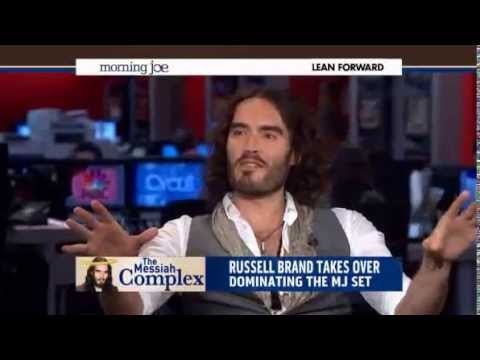 18 jun 2013 15:12
471
1
Granted, this all probably took place at four in the morning, but the hosts of ‘Morning Joe’ are going to have to be sharper than this if they want to stand a chance against Russell Brand.
Brand was not having any of their small talk or bad manners and took them to task for it. He drilled them all on NSA leaker Edward Snowden and tried to get an opinion from them — an effort that resulted in nervous jokes about his chest hair. In addition, he also called one of the show’s hosts a “shaft grabber” and told her to lose the wedding ring. It’s pretty epic.