The T-shirt that's IMPOSSIBLE to stain

18 dec 2013 10:55
Tags: clothes   technology
90
3
1
If you're clumsy and constantly spilling food down yourself, or just lazy and don't like washing your clothes, a student has invented the answer to your problems - a T-shirt that is impossible to stain.
The tops can resist any spills and splashes including Coca-Cola, tomato ketchup, mustard, milkshakes, beer, ink and even red wine. 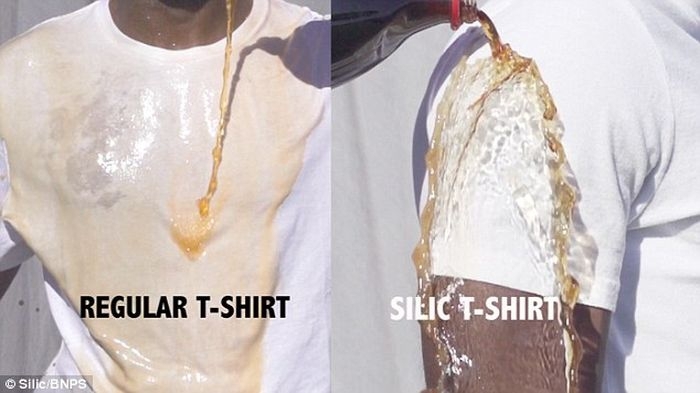 0
University student Patel from San Francisco made a prototype using a spray-on chemical, but realised it would only last for one wash. He then began looking at ways to incorporate the technology into the fabric.
He created a fabric that has the nanotechnology bonded to the fibres on a microscopic level.
This means they won't irritate the skin. 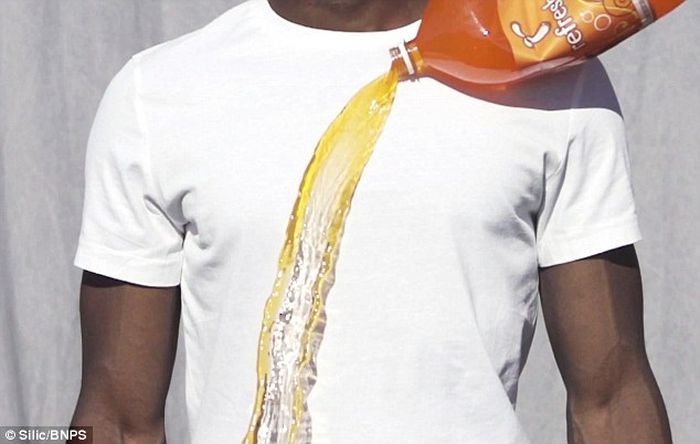 0
According to Patel: ‘Most liquid molecules will not be able to touch the fabric because of a microscopic layer of air that forms between the liquid and fabric.
‘This is because the fabric is layered with billions of silica particles. Water based liquids will form a 150 degree sphere and roll right off! As a result, this barrier protects your shirt from potential accidents.’

I wanted to try something different and I had heard about Hydrophobic spray, which is a spray that is completely water resistant.
‘I thought about putting it on a T-shirt but when I was making a prototype after a while I became very light headed and I realised it may not be safe to use.
'I also realised that if I were to put this on clothing, it would wear off after just one wash so it wouldn't be sustainable.
'To make it safe and last longer, I put the technology into the polyester of the T-shirt while it was being made on a nanoscale, molecular level.
"The T-shirts we have now are completely safe and will last for up to 80 washes, so you get around about two year’s worth of wear out of it.' 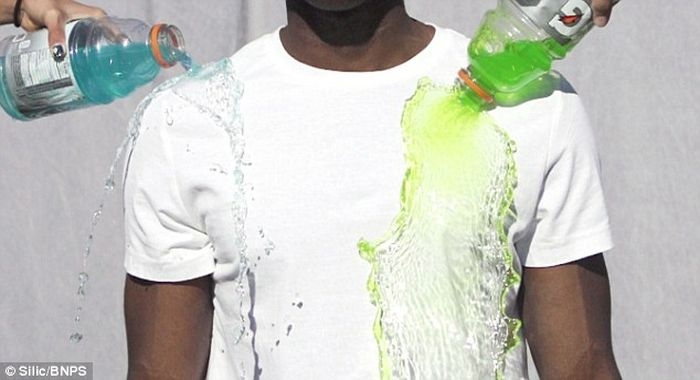 0
According to Patel’s Kickstarter page, there are certain steps wearers have to take to make sure the T-shirts stays waterproof.
These include not using fabric softener in a machine wash, no bleaching or washing with colours and no ironing. Patel also advises wearers not to dry clean the shirt.
To reactivate the water repellency, the T-shirt must also be put through a tumble dryer on a low heat at least once every three washes.
Patel said: ‘I started the project a year and a half ago after looking at making smart clothing.

Tags: clothes   technology
Новости партнёров
What do you think about it
0  comments
Newest first
Best first Oldest first
Show all
Show more (from _)