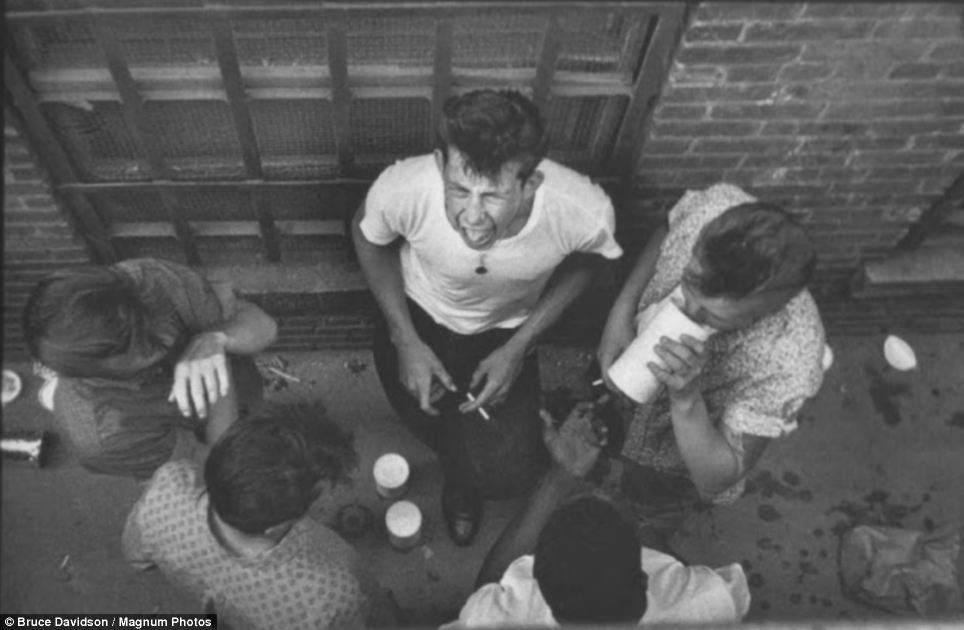 18 dec 2013 11:49
Tags: band  brooklyn
128
10
These extraordinary photographs document the fascinating lives of a teen gang living in Brooklyn, New York, in the 1950s.
The images are part of a collection called Brooklyn Gang, and were taken by renowned photographer Bruce Davidson, 80, who has dedicated his career to documenting New York City life and culture.
This collection is especially interesting as it follows a group of teens, who called themselves the Jokers, who lived in the city in 1959.

0
Смотреть все фото в галерее
When the photographer was 25, he read about a series of fights breaking out in one of the city's open spaces - Prospect Park.
It is thought there were around 1,000 gang members living in New York in the fifties and intrigued, Mr Davidson went to Brooklyn in search of some insight.

0
Before long, he found these teens who befriended him, allowing him to take photographs of their fascinating lives.
In the images, the group can be seen hanging out in various locations around the city - including diners, down street alleys and in sun-ridden parks.

0
Sometimes, the male gang members are joined by females, with several of the shots depicting scenes of amorous young love.
The images also give an insight into the fashions of the time - with the gang members all dressed in classic fifties attire including collared shirts.
The males all support quiffs, while the females have a selection of up-dos.

0
Writing in the afterword of the collection, Mr Davidson said: 'I met a group of teenagers called the Jokers.
'I was 25 and they were about 16. I could easily have been taken for one of them.'
'In time they allowed me to witness their fear, depression and anger.

0
I soon realised that I, too, was feeling their pain. In staying close to them, I uncovered my own feelings of failure, frustration and rage.'
However, the story does not stop there.
In 1998 when a publisher had approached the photographer about his collection, Bobby Powers - the once leader of the gang got in touch with the family. Over a period of ten years, the photographer's wife Emily spoke with My Powers, speaking with him about his struggle to overcome his drug infested, violent past.
Mrs Davidson wrote a book - called Bobby's Book - about the tales Mr Powers told, following his fascinating life from member of a gang to drug addiction counselor.