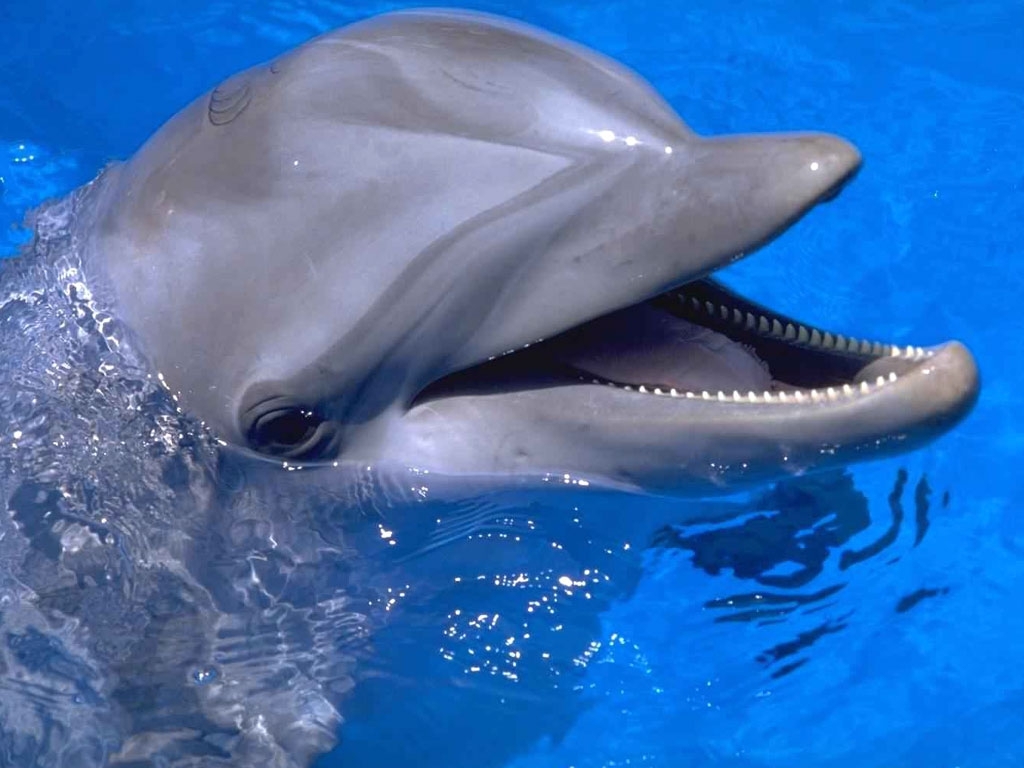 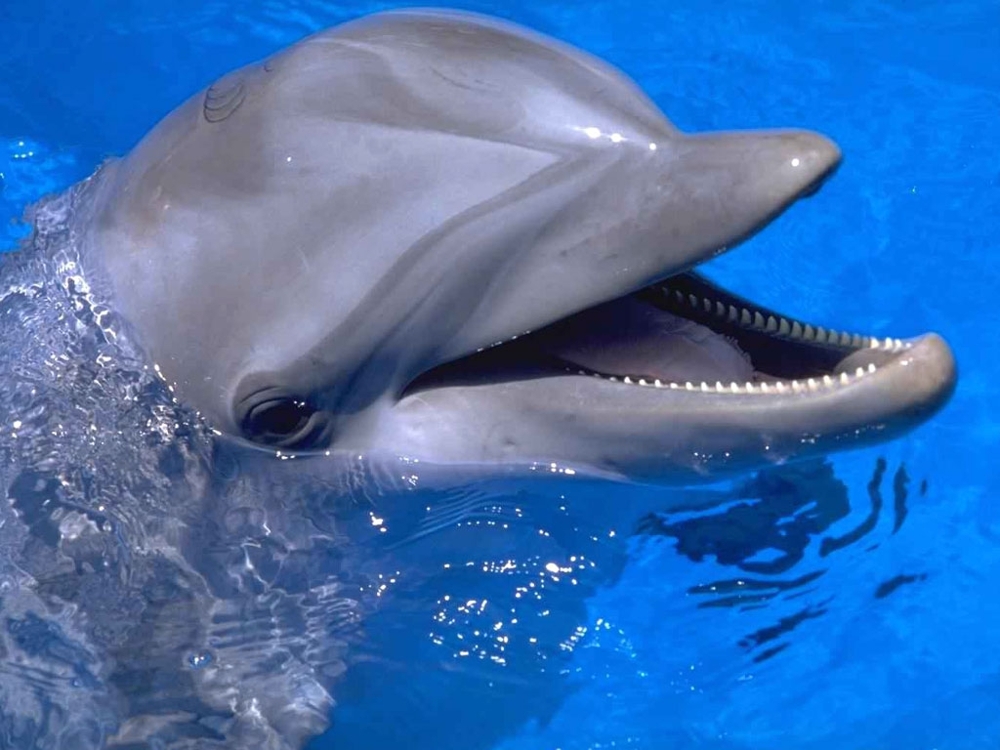 0
Смотреть все фото в галерее
Recreational drug use is usually thought of as a strictly human pleasure. However, wild dolphins also seek a high from time to time. They deliberately hunt pufferfish and keep them alive so that they can use their defensive toxins for a hallucinogenic effect. 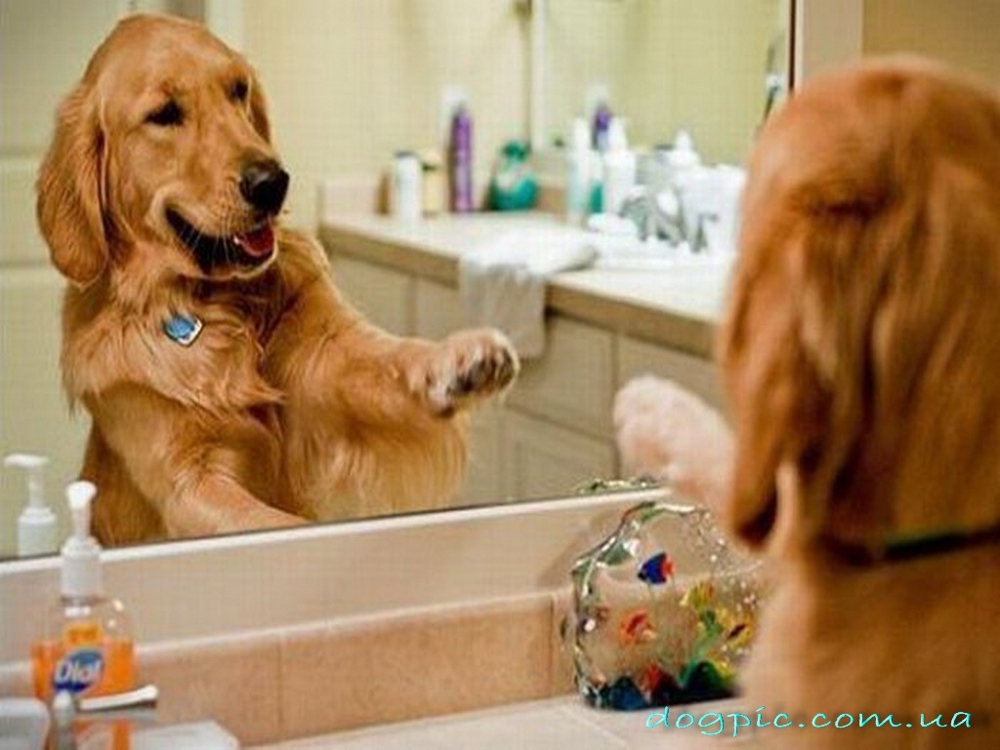 0
Identifying yourself as an individual has long been considered a strictly human trait. Very few animals, even amongst cats and dog, are able to identify themselves in a mirror, meaning that they lack self-awareness. Apes, gibbons, elephants, magpies, and certain species of whale, however, recognise themselves in a mirror and will even use their reflection to touch marks on their body. Impressive when you consider that humans don’t become self-aware until around 18 months of age.

Mourn and bury their dead 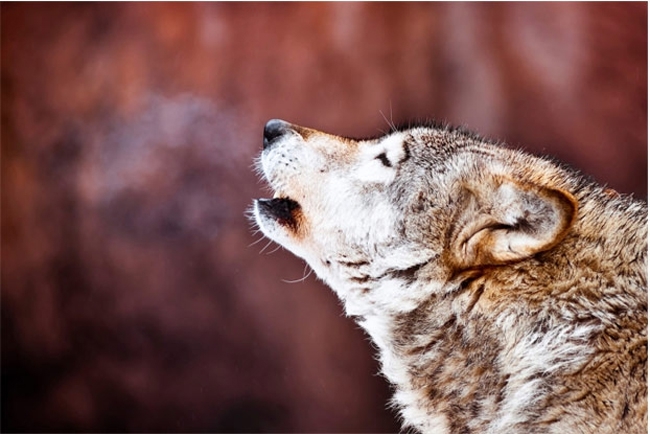 0
Chimps, elephants, and wolves are known to react to death in a touching and compassionate way. After a loss in the pack, these animals have difficulty sleeping, will stop playing, and even avoid the space where their friend died. All three species will groom the deceased, while elephants have even been known to bury the dead in a ceremonial manner.

Hold a grudge and seek revenge 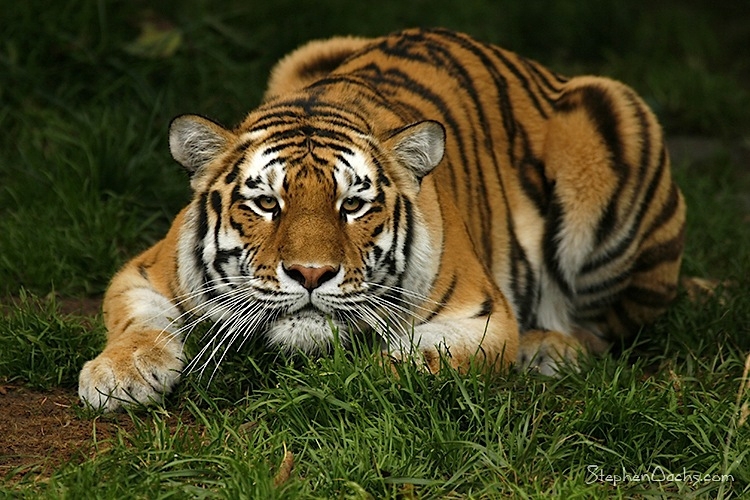 0
ln 2007, a group of visitors at the San Francisco Zoo taunted a Siberian tiger named Tatiana through her enclosure. She somehow managed to escape, tracked down the visitors, and attacked them. Along the way, she ignored plenty of other people and animals, and very clearly, sought out her bullies. Next time you’re at a zoo, maybe don’t annoy animals that can kill you in a second, or any animals for that matter. 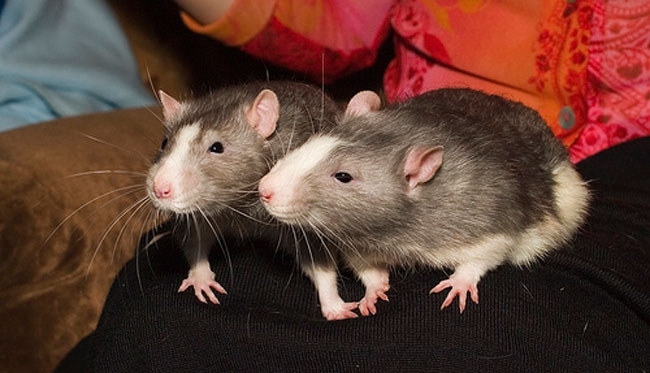 0
In a controlled experiment, scientists offered a treat to one lucky rat, while restraining another. Instead of going for the treat, the free rat actually tried to help the other rat escape. When the scientists set the second rat free, the two shared the treat. It’s as if they knew the situation wasn’t fair and worked together for mutual benefit.

Teach as we do 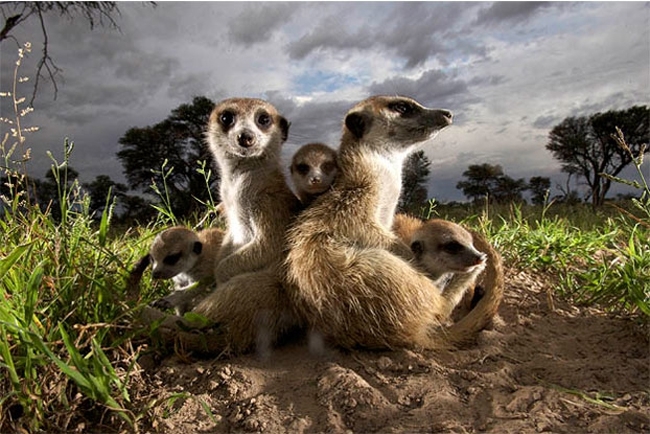 0
Most animals teach and learn through observation and imitation. Some, like meerkats, actually have a method for teaching. Instead of letting their babies run free and endangering themselves through trial and error, meerkat parents have a more controlled approach. They will bring small, nearly dead scorpions back to the den in order to train their young to hunt. As the children get better, the parents bring back bigger and livelier scorpions, until they feel safe letting the children go outside unattended.

Have a sense of humour 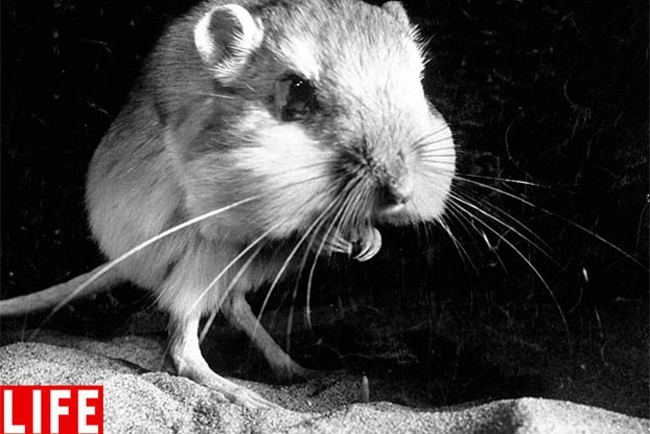 0
Researchers from the University of Washington noticed that rats make high pitched, ultrasonic chirps when playing. After tickling the rats, they realized that the noise was actually laughter. In other animals, that laughter has actually evolved into humour. Chimps are often seen laughing whilst playing peekaboo and other games, suggesting that they are actively trying to make each other laugh. 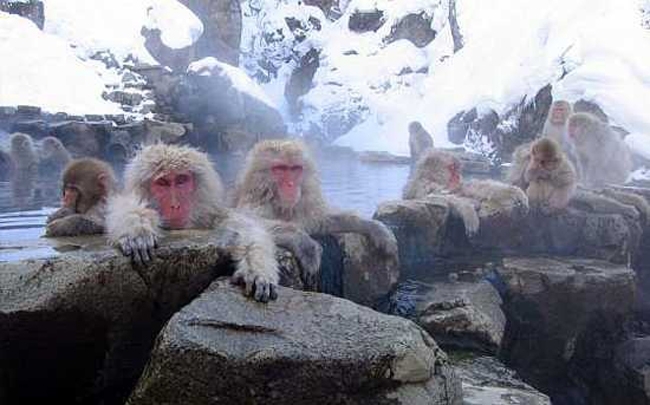 0
Culture isn’t genetic, it’s passed socially from one individual to another. In 1963, a single Japanese macaque discovered the comfort of bathing in hot springs. Now, troops of monkeys across Japan make regular visits to hot springs. An entire culture has developed from the innocent curiosity of a single monkey. 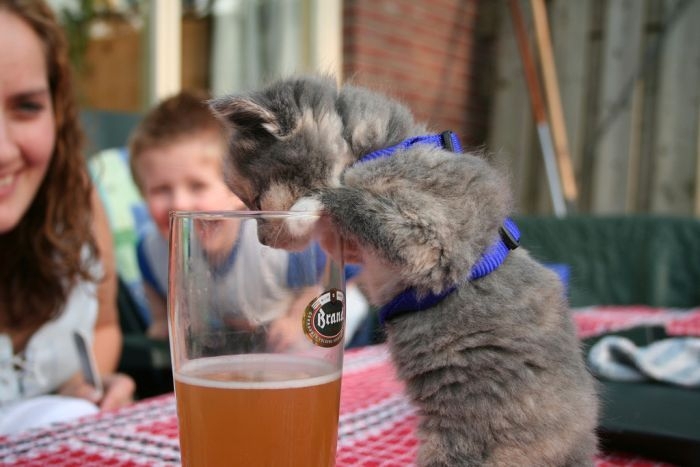 0
Much like ants, fruit flies are more similar to humans than you’d think. Just like us, they’re obsessed with sex. Researchers found that flies who had been rejected by potential partners were far more likely to choose alcohol infused food than those who were successful in their endeavours with the opposite (or same) sex. This one strikes too close to home. 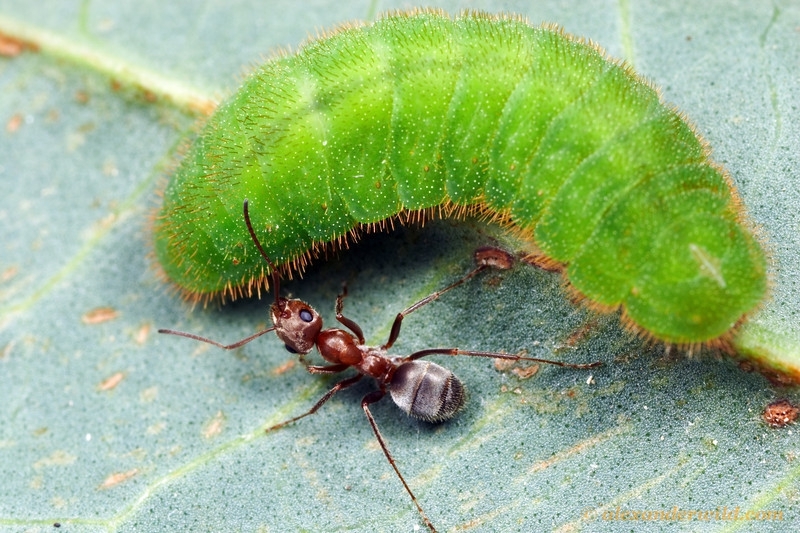 0
When humans started farming around ten thousand years ago, we entered a new age of civilization. But you’ll be surprised to learn that some animals have been farming for millions of years. Ants capture and raise groups of caterpillars as cattle, which they essentially milk for sugar. We tend to underestimate the complexity of insects. 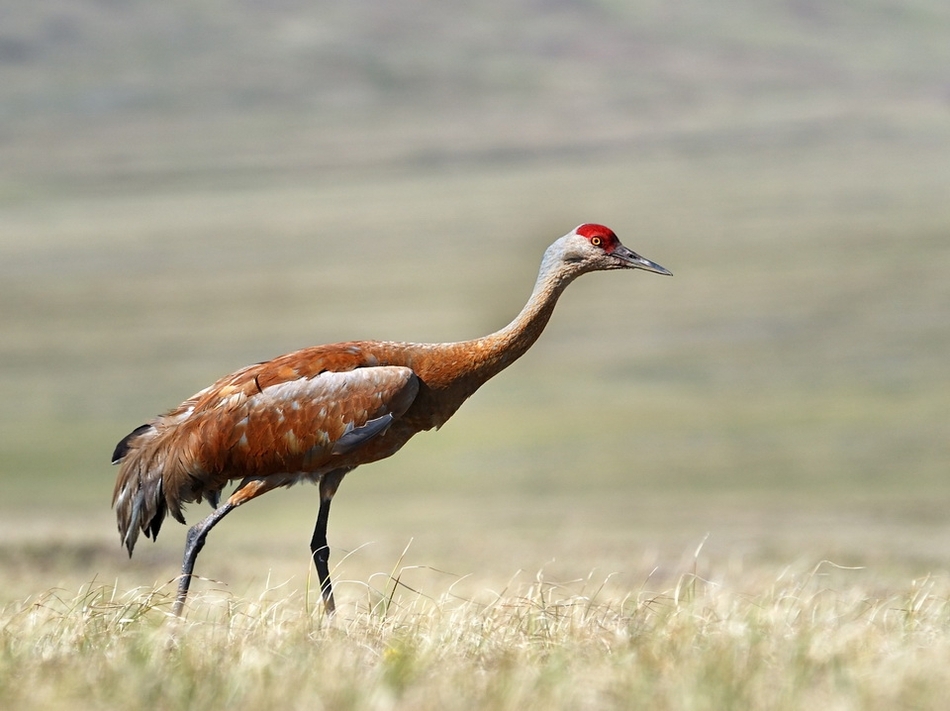 0
Lovingly, some animals have been observed spending their entire life with one partner. Even after their mate dies, only around 20% of sandhill cranes find another. There has only been one recorded case of a sandhill crane cheating on their partner. That sure beats humans... 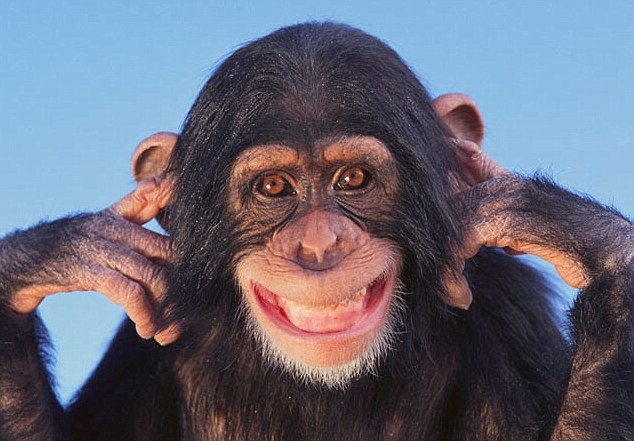 0
Primates, whales, birds and squids have all been observed using distinct sounds to identify specific objects, actions, and individuals. Primates have even been known to use grammar in their speech, something which evades even some humans. And in some cases they can learn the languages of other animals -- like ours. Washoe the chimpanzee was able to learn 350 words of American sign language and use those words to form complex sentences. In one case, when her trainer signed “my baby died,” Washoe looked down for a while, then signed “cry” and touched her cheek. That’s one truly amazing monkey. 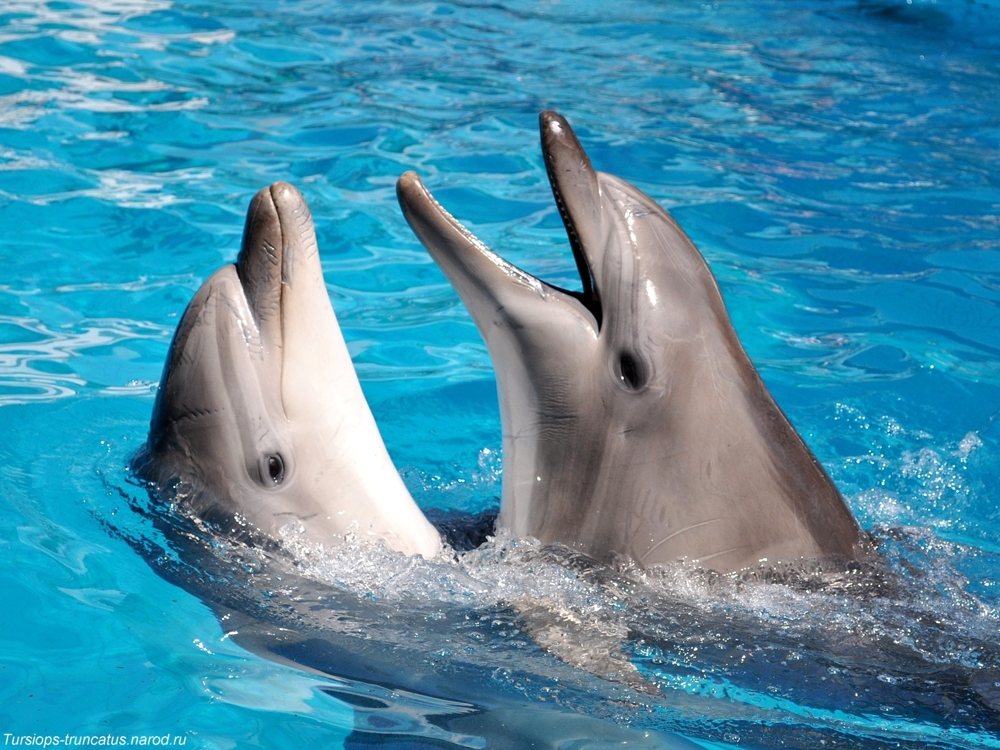 0
Accents are a part of communication that we would assume are a strictly human thing. But now, scientists believe that animal noises also sound a little different from one location to another. Scottish Natural Heritage has discovered that dolphins from the East and West coasts of Scotland have different sounding clicks when they hunt. Just like humans, their language has traveled and changed in the process. 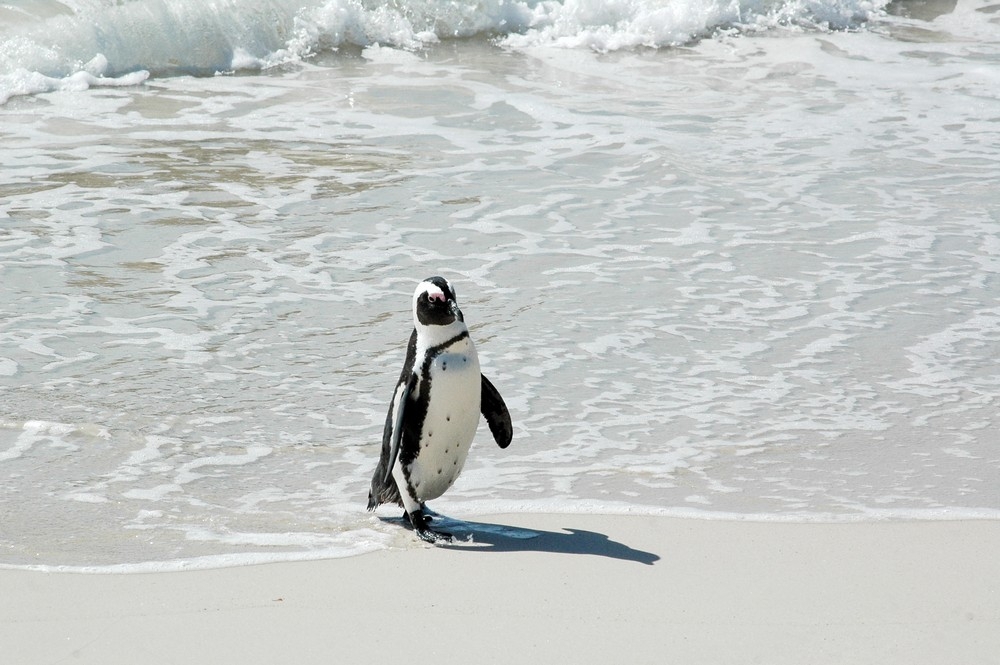 0
Humans can afford to be lazy because we’ve reached a point of domination. When it comes to procrastinating, the pigeon is our closest relative. Researchers gave pigeons the choice of two work schedules to earn a treat. One started with a small task followed by a long wait before feeding, and the other started with a long wait and a far more difficult task before dinner. The pigeons chose the later work schedule, and put off a short task even when it meant a long task later on. Remind you of anyone? 93-year-old man made a parachute jump Photos behind the scenes of famous films
We need to be sure you are not a bot. Type the characters you see in the picture below.
Обновить