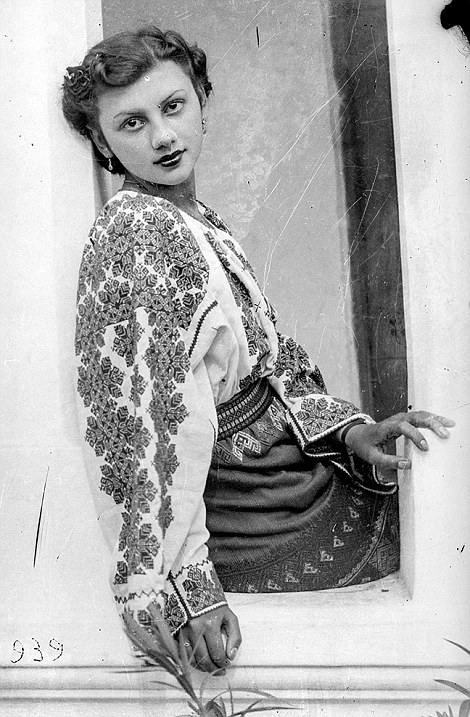 11 feb 2014 14:04
Tags: photo   romania
0
46
Romanian photogrpher Costică Ascinte made photos depicting life in Romania from 1925 through to 1984. These photos were found by Cezar Popescu in a museum. Now people all over the world can see traditions of this East European country.

0
Смотреть все фото в галерее
It is a world on the brink of disappearing. But the discovery of a few boxes in a storage room of a county museum in Romania may mean that at least a record of the vanishing Romanian culture will survive.
The boxes of photographic plates provide a history in pictures of the nation; a record of a people and a culture that some feared would vanish without a trace.
The long-lost plates, perhaps the most thorough visual history of Romania, are the life’s work of photographer, Costică Ascinte.
Ascinte photographed the Eastern European country from 1925 through to his death in 1984 – spanning Romania’s foray into the Second World War and the subsequent Communist rule that devastated the population and exhausted the economy.

0
The collection disappeared from public view after Ascinte’s death in 1984, until Cezar Popescu, 38, discovered it was sitting in a back room of Lalomita County Museum – exposed to the elements and even the occasional curious farm animal – and convinced the museum to let him preserve and digitise the plates.
Popescu began the enormous task in November last year, and since then has digitised 1,000 plates, with an estimated 4,000 to go.
The black-and-white photographs are beautiful but poignant, depicting a culture that has almost vanished in the wake of modernity.
‘I’ve seen buildings from Slobozia that are no longer, the buildings [don’t] exist anymore and you can see them in Costică’s photographs,’ Popescu told

0
One of his favourite images from the collection features a hunter – who bears a striking resemblance to Jude Law – with a brace of Great Bustard, a bird that is now almost extinct in Romania.
In the images, Popescu says he also gets a brief, black-and-white glimpse of customs that have since died out, such as the tradition of taking family photos at a funeral.
‘This is a custom not used anymore, here in Romania at least,’ he said.
The images are ultimately, though, a portrait of the Romanian people through a tumultuous century, featuring images of children playing in the snow, men drinking together, families at work, as well as weddings, lavish funerals, market scenes, and dances.

0
You can see really important people, like [Nicolae] Malaxa, who was a really important factory owner in Bucharest, or you can see just people – kids in schools or [Ascinte’s] colleagues, his friends, all sorts of subjects. They are very beautiful,’ said Popescu.
This striking collection is incredibly significant because it offers a glimpse of Romanian life during a period when the nation was closed off from the world.
Romania disappeared from global view for much of the twentieth century, after they were placed under the control of the USSR following the Second World War.
Romania suffered greatly under Soviet occupation. Thousands of leaders, intellectuals and dissidents were interred in prison camps, tortured, or executed. As a largely rural nation, Romania was ill-prepared for the industrialisation insisted upon by the USSR and an unknown number of people, estimated to be tens of thousands, were killed during the period of agricultural collectivisation that followed the end of the war.
In order to pay back Romania’s significant foreign debt, Nicolae Ceausescu, President of Romania from 1967 until 1989, imposed harsh economic policies and draconian laws that crippled the nation.
Though the foreign debt was paid back in 1989, and Ceausescu was overthrown in the same year, the Romanian economy has still not recovered and much of the nation continues to suffer from abject poverty.

0
Popescu says he does not know what he will uncover as he works through the collection. He has already discovered royalty in the boxes – with photographs of both Queen Marie and King Carol II.
‘Maybe when I finish scanning the whole plates, who knows what treasure I will find?’ he said.
‘Any bit of fact that can make history clearer, that can enlighten an obscure event is important... I'd be glad to find out that Costică Acsinte's photographs play such a role. I'm sure that one day, a historian will find the archive as interesting as I do,’ he said.
Popescu knew the name of Costică Ascinte from when he was a child and his father, also a photographer, worked with one of Ascinte’s sons. So when he saw some of Ascinte’s photographs on postcards, he began searching for his collection.
He discovered that after Ascinte’s death, the collection was acquired by the Ialomita County Museum and sat unopened in a back storage room.
Though the plates were rapidly degrading due to improper storage it took Popescu several years to convince the museum to let him preserve and digitise the images.

0
The laborious restoration process takes between 15 and 30 minutes for each plate, depending on what condition it is in. For Popescu, it is a race against the clock, for even as he works to preserve them, the photographs are decaying before his eyes.
‘The plates are degrading one week after another, if I open a crate today and then I open it in a week I can see another crack in the gelatin, in the emulsion... Some of them are in quite bad shape. If they are not digitised right now maybe they will be lost forever,’ he said.
It is the urgency of the task that motivates Popescu, who does the restoration work on evenings and weekends, whenever his work as a website administrator and photographer allows him.
‘If I choose not to scan them, probably nobody will. Or they will when the plates are in quite an un-repairable state,’ he said. ‘I don’t want to lose the pictures because some of the photographs are quite beautiful.’
Popescu’s work is ‘all paid for from my pockets’, though he says that just last week he received two anonymous donations of 100 and 150 euros to help him with the project. He says his mystery benefactors were ‘generous people’ who must have seen the pictures online and decided to donate some money.

0
The money will be helpful he says to help him buy materials, such as metal box corners, which will ensure the plates can be stored properly in the long-term.
In an interesting twist, these photos which for many years have been seen by no one, and which depict a very traditional way of life, are now being seen by thousands around the world, online.
As he scans the images, Popescu shares them on the Costică Ascinte archive website, Facebook and Twitter page, and was excited last year when the images were published via Flickr.
In the long term, he says he will probably donate the whole archive to a library, but ‘right now I want to finish digitising them.’

0
Factory magnate Nicolae Malaxa is pictured in this photograph (fourth from the left). The very controversial figure was close to King Carol II and was one of the most important men in Romanian manufacturing

0
Sisters: These women pose together for photographer Costica Ascinte. Their photo is one of 1,000 that have been restored and digitised by Popescu in the last three months

0
Celebration: A group of people pose in the countryside and hold their glasses up in a toast

0
Children of Romania: These children - possibly a brother and sister - pose in the same setting with a chair used as a prop. In the right photograph the little girl holds a flower between her fingers

0
A group of all ages gathers for a photo - this might be a picture of school students with their teachers. The children are wearing a range of different traditional outfits

0
Many of the photographs show women posing in their stylish outdoor coats and hats. Few of them are smiling. Some of the images were very badly damaged (right)

0
Street party: The reason for this large gathering is lost in the mists of time but the image conveys something of the atmosphere of village life in Romania The last photos of Merilyn Monroe