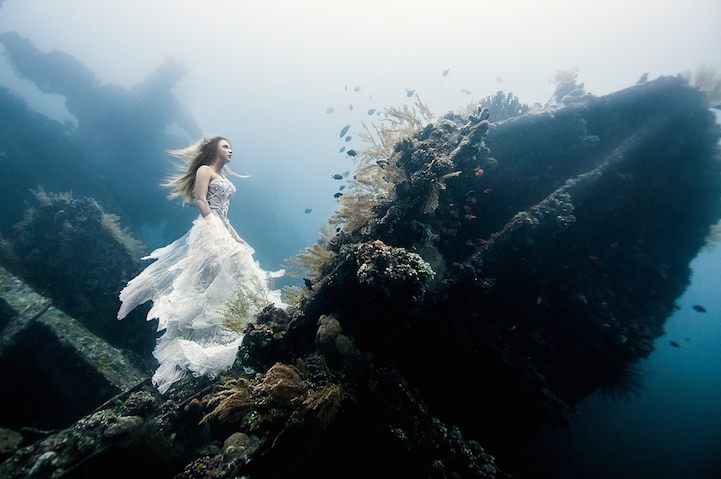 02 jun 2014 14:07
Tags: bali   portraits   underwater
0
6
Montreal-based photographer Benjamin Von Wong, who wowed us with his shockingly creative photos of a man on fire, is no stranger to epic concepts and photo shoots. His most recent adventure may have been one of his most ambitious yet: a large-scale shoot involving two models, seven divers, and an underwater shipwreck off the shores of Bali. The result is a series of breathtaking images depicting ethereal models exploring the sunken ruins of the 50-year-old shipwreck, their hair and gowns flowing gracefully in the currents of the ocean, as elegant and mysterious as sea nymphs or ancient goddesses. Five-star hotel made of bamboo on Bali