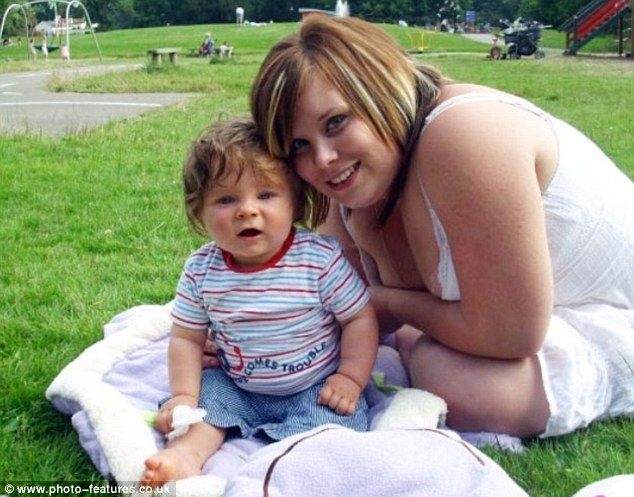 Woman sheds HALF her body weight after... (6 photo)

03 jun 2014 10:26
Tags: weight-loss   woman
0
6
Georgina Baird, 26, from Southampton, weighed 17st 8lb and was a size 20. Simon Clayton, 56, offered to pay for a boob job to help her lose weight. Full time mother-of-three is now a slender size eight and weighs just 8st. Reveals operation was the motivation she needed to shed the pounds 0
Mrs Baird's battle with her weight began when she was 20 following the birth of her second son Oliver, now six.
Already a mother to Louis, now eight, she succumbed to severe postnatal depression and her weight rocketed.
When her relationship with the children’s father ended, she grew even more depressed and began to see food as a crutch. 0
'One day I was moaning to my sisters about the fact that the only part of me that looked OK was my bust and that if I lost weight it would be the first thing to go,' says Mrs Baird.
'Dad overheard and promised that if I did lose all the weight he would pay for surgery on my bust. It meant I had no excuse anymore.' 0
Excited at the prospect to surgery, Mrs Baird swung into action, swapping unhealthy takeaways for grilled meat and salad, while fizzy drinks were exchanged for water and green tea.

0
By June 2013, Mrs Baird hit her target weight of 8st and was duly given her reward, having surgery at the Transform clinic in London the same month. 0
Her £3,995 prize increased her assets to a 32DD and father Simon says it was worth every penny to finally see his daughter happy and more importantly healthy again.