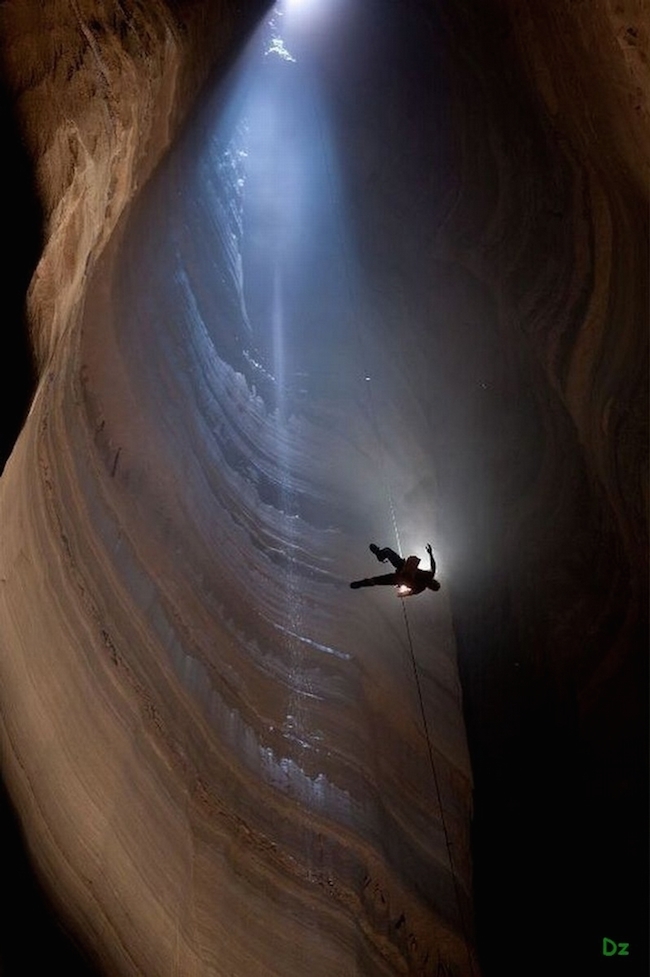 01 jul 2014 12:14
Tags: cave   thedeepest
0
11
With a staggering depth of 2,197 meters (7,208 feet), Krubera Cave (also known as Voronya or Voronja Cave) is the deepest known cave in the world. To put that in perspective, imagine six-and-a-half Eiffel Towers stacked on top of each other underground! Considered "the Everest of caves," the vast cavern is located in the Arabika Massif on the edge of the Black Sea in Abkhazia, a region that borders Georgia.

0
Since its discovery in 1960, explorers and scientists have attempted to descend deeper and deeper into the cave, setting new records each time. In 2001, Krubera Cave officially became the deepest cave known to man with an explored depth of 1,710 meters (5,610 feet), beating the Lamprechtsofen by 80 meters. In 2004, the cave became the only known cave on Earth deeper than 2,000 meters. In 2012, Ukrainian diver Gennadiy Samokhin extended the cave to its current recorded depth by venturing far down into the terminal sump (an area submerged completely in water), an act of daring that smashed world records.