04 jul 2014 14:27
Tags: fan   game   thrones
0
5
A Game of Thrones superfan has forked out £5,000 to try and look like the shows' hit character Daenerys Targaryen. Obsessed Tabitha Lyons has even spent £4,000 creating 14ft-tall pet dragons which took her 700 hours to complete. The 26-year-old fancy-dress enthusiast from Norfolk spends her free time making costumes and building elaborate props and admits to spending over £15,000 in two years. Tabitha makes a living off her creations which are made out of foam and latex but admits that past boyfriends were jealous of the time she spent with her dragons. “I love Game of Thrones and Daenerys is amazing”, said Tabitha, a former dancer. “Who wouldn’t want to be the mother of dragons?” 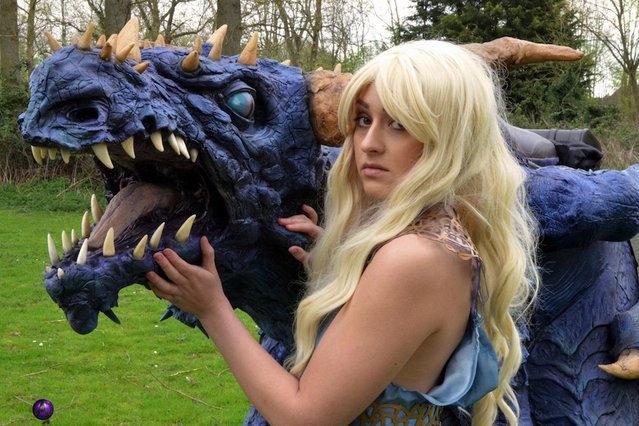 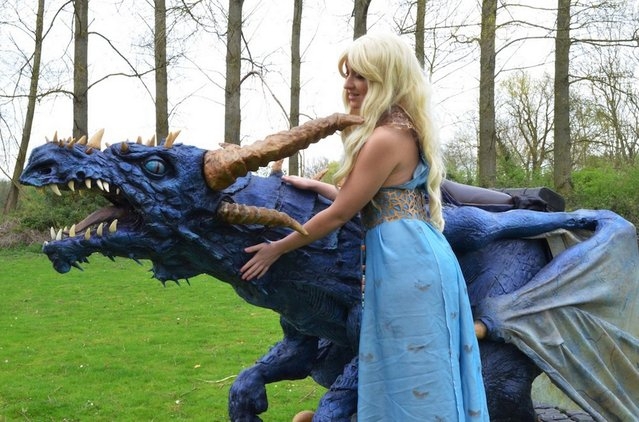