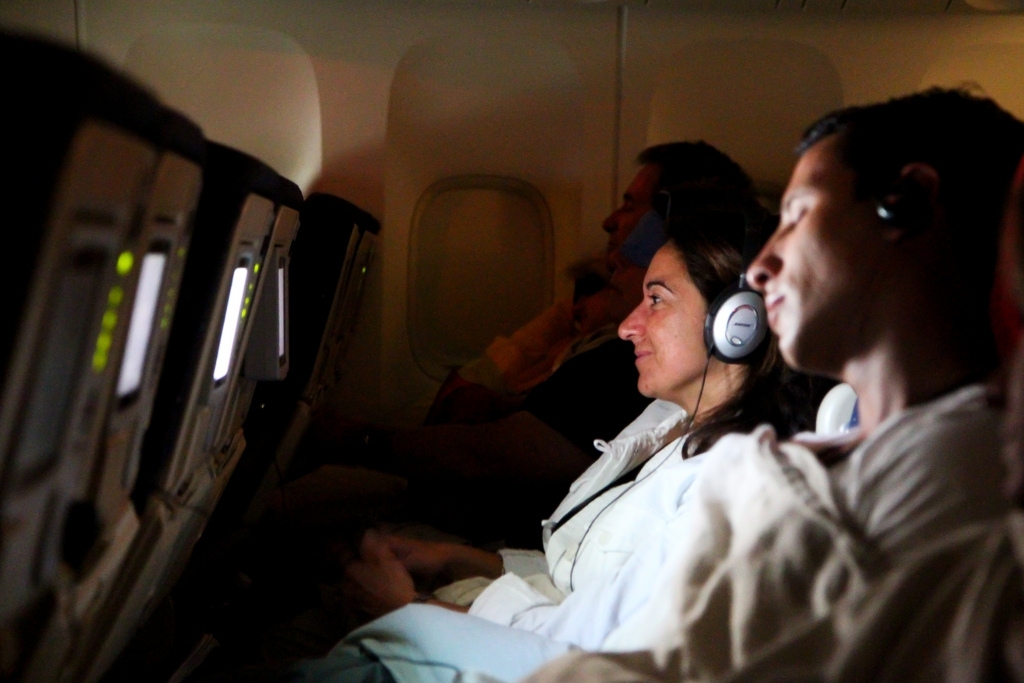 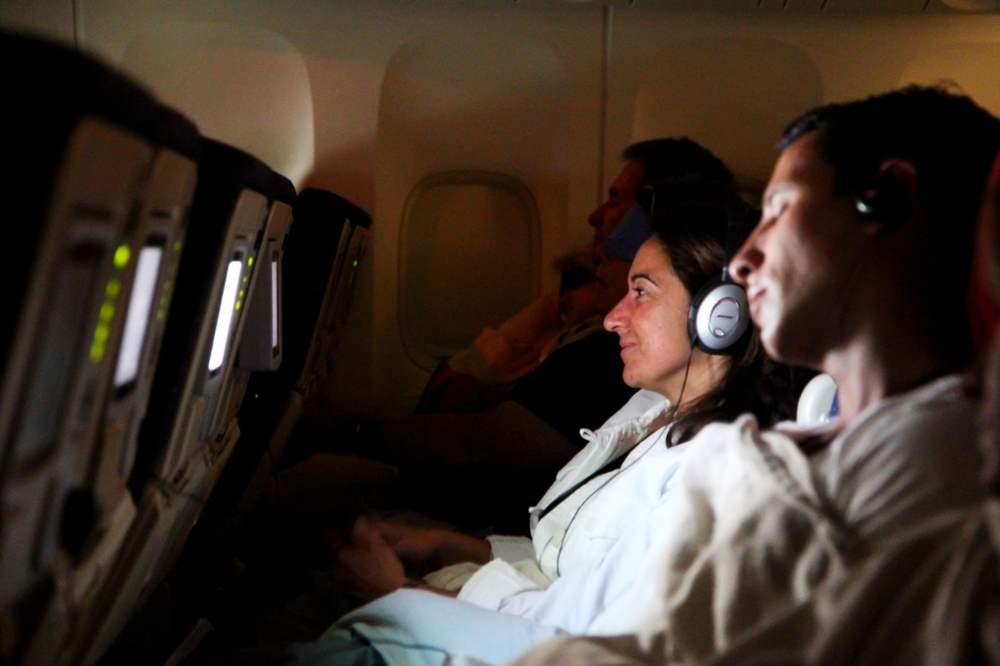 0
Смотреть все фото в галерее
Even the headphones that come wrapped up aren’t new. I used to work for warehouse that supplied a certain airline with items. The headsets that are given to you are not new, despite being wrapped up. They are taken off the flight, “cleaned”, and then packaged again. 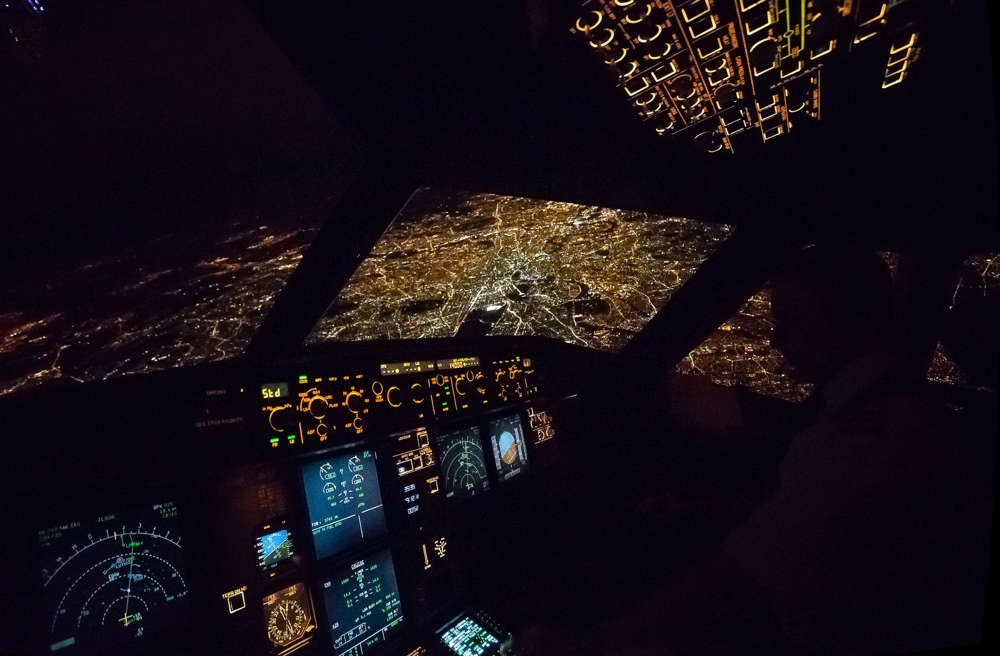 0
Pilots are sleeping most of the time. 1/2 of pilots sleep while flying and 1/3 of the time they wake up to find their partner asleep. 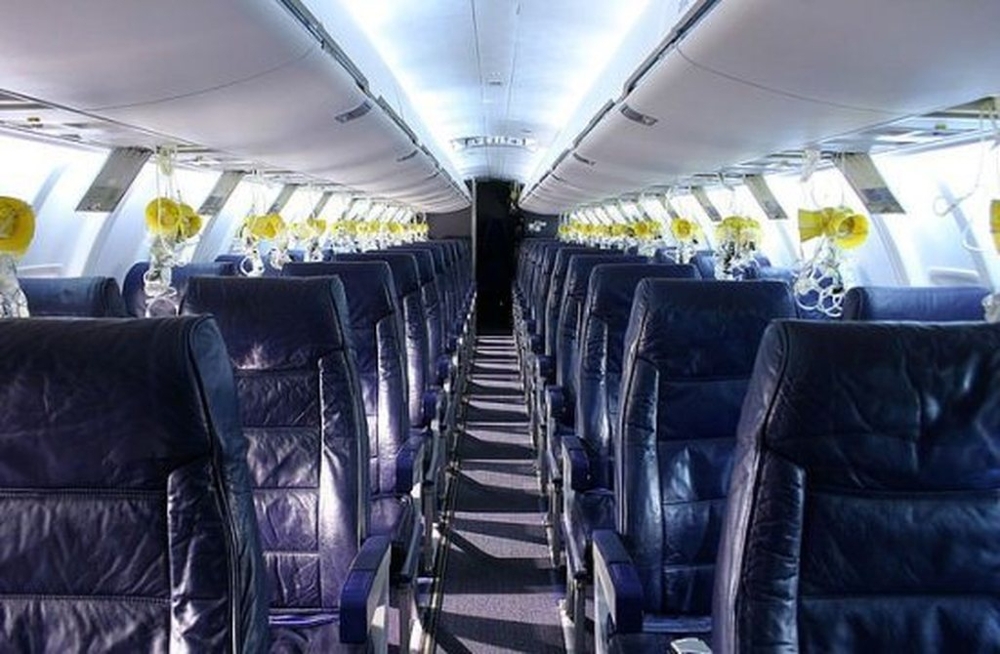 0
The true story behind those oxygen masks. That if the oxygen masks drop down, you only have about 15 minutes of oxygen from the point of pulling them down. However, that is more than enough time for the pilot to take us to a lower altitude where you can breathe normally. More important – at altitude, you have 15-20 seconds before you pass out. Put yours on first, then do your kids. Passing out for a few seconds won’t harm the kids. 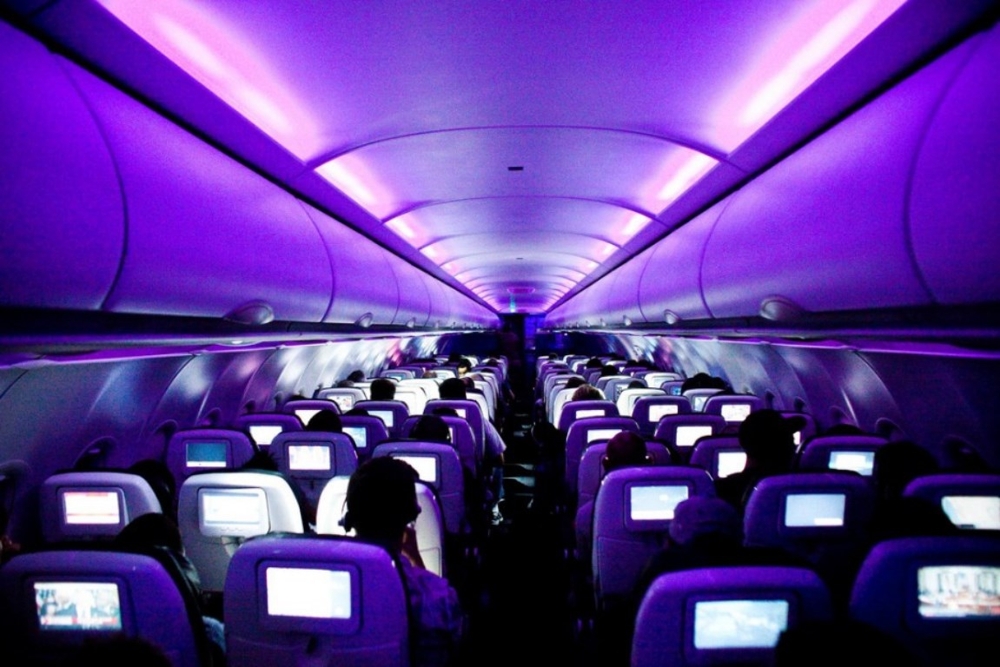 0
The real reason the lights on the airplane dim when landing. When a plane is landing at night, they dim the interior lights in case you need to evacuate upon landing… your eyes are already adjusted to the darkness so you’ll be able to see better once outside the plane. 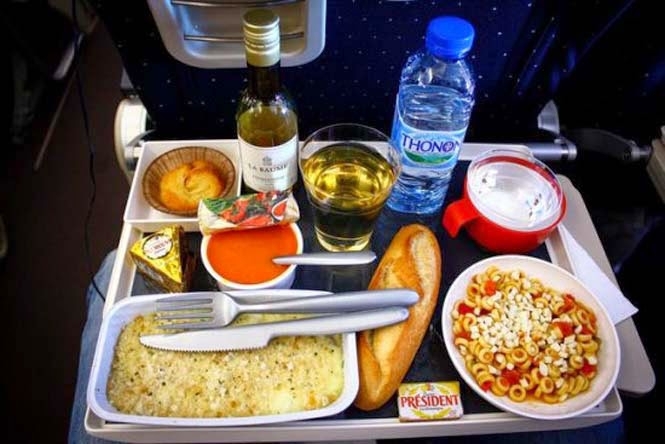 0
Regarding food on the plane. My dad works for a large airline, he told me a few little things ◾ 2 pilots are served different meals and cannot share, this is done in case of food poisoning. ◾ Stealing food, even if they are going to throw it out can get you fired instantly. You can ask your supervisor, but you cannot take food. They don’t want people messing with it. 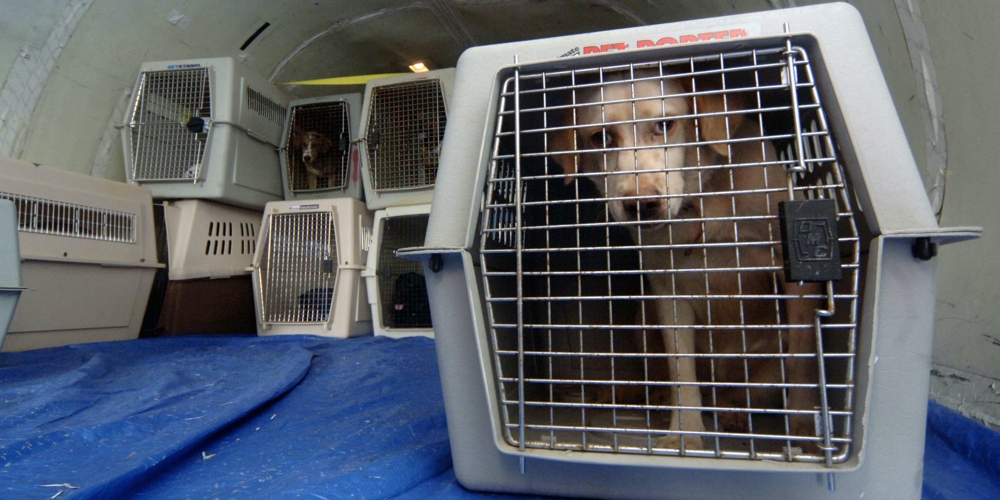 0
The truth about flying with pets. I am an aircraft fueler. One thing I cannot stress enough is how your pets are treated. While your airline will take the best possible actions, some things cannot be avoided, like the noise on the ramp. I cannot stand out there without ear protection, and imagine your pet sitting out there on the ramp waiting to be loaded onto the plane being exposed to the same amount of noise I am. Please people, think twice before flying your pets. 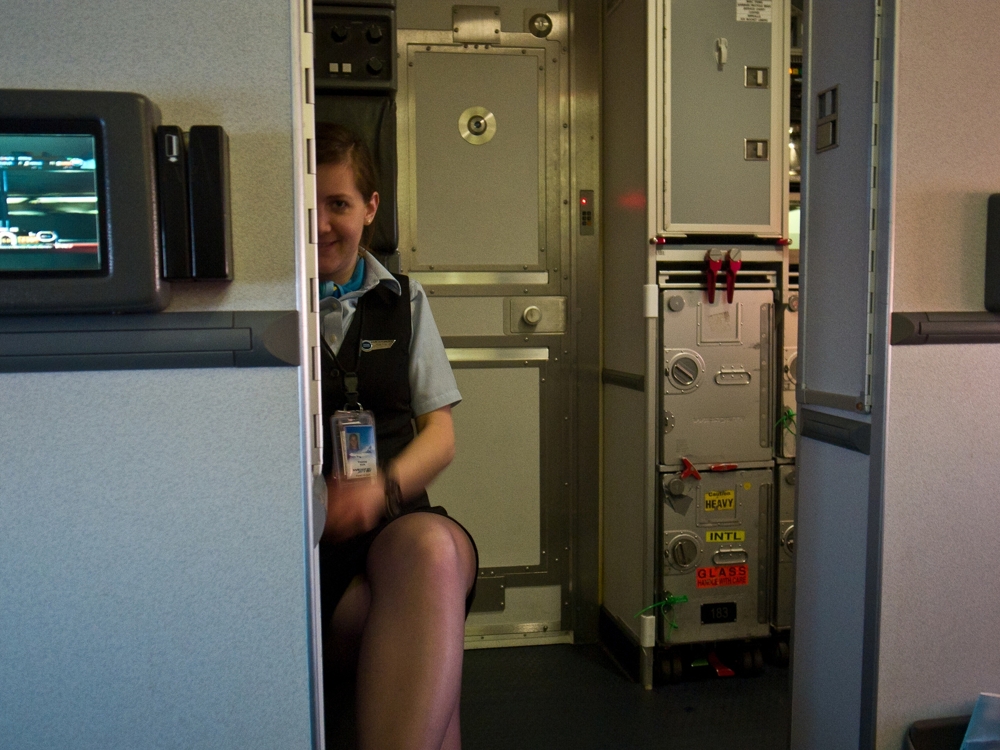 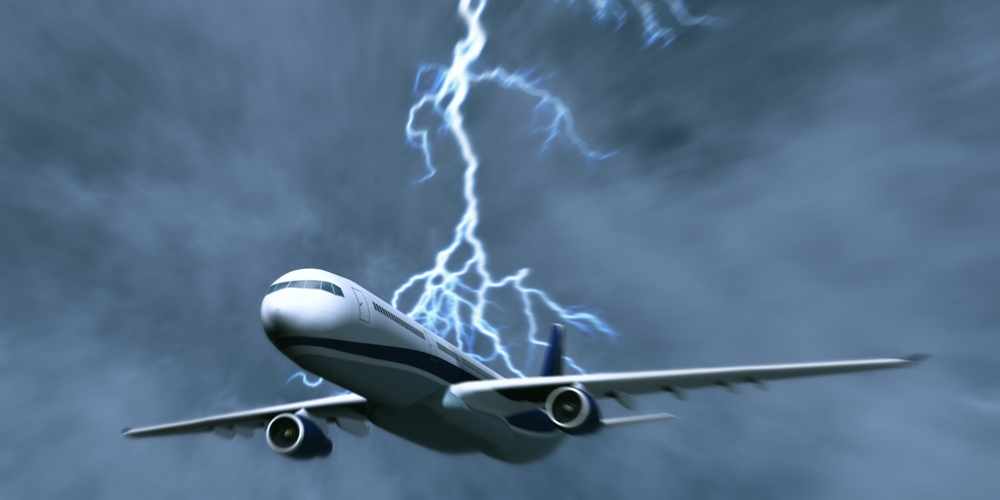 0
Lightning and the power of a pilot. My dad’s been an airline pilot for almost 20 years, and apparently planes get struck by lightning all the time. Also if a passenger is causing a scene in the jetway he can refuse to let them on and take off without them. The captain has almost limitless authority when the doors are closed. He is allowed to arrest people, write fines and even take the will of a dying passenger. 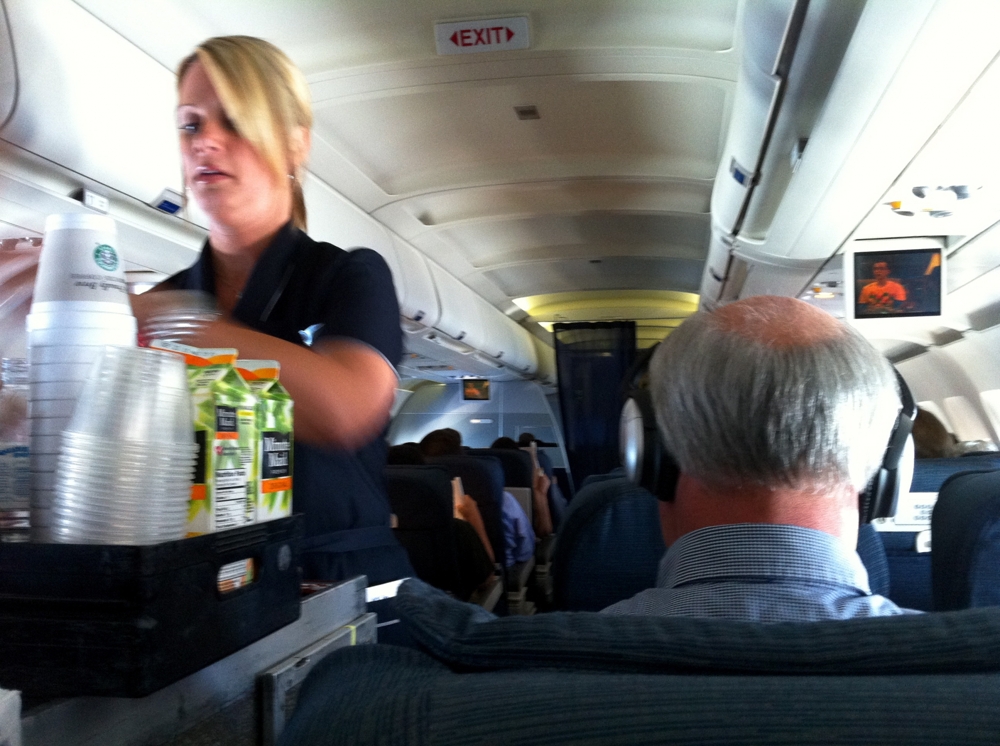 0
Don’t drink water on a plane that didn’t come from a bottle. Former Lufthansa cargo agent here. Do not EVER drink water on an aircraft that did not come from a bottle. Don’t even TOUCH IT. The reason being the ports to purge lavatory shit and refill the aircraft with potable water are within feet from each other and sometimes serviced all at once by the same guy. Not always, but if you’re not on the ramp watching, you’ll never know. 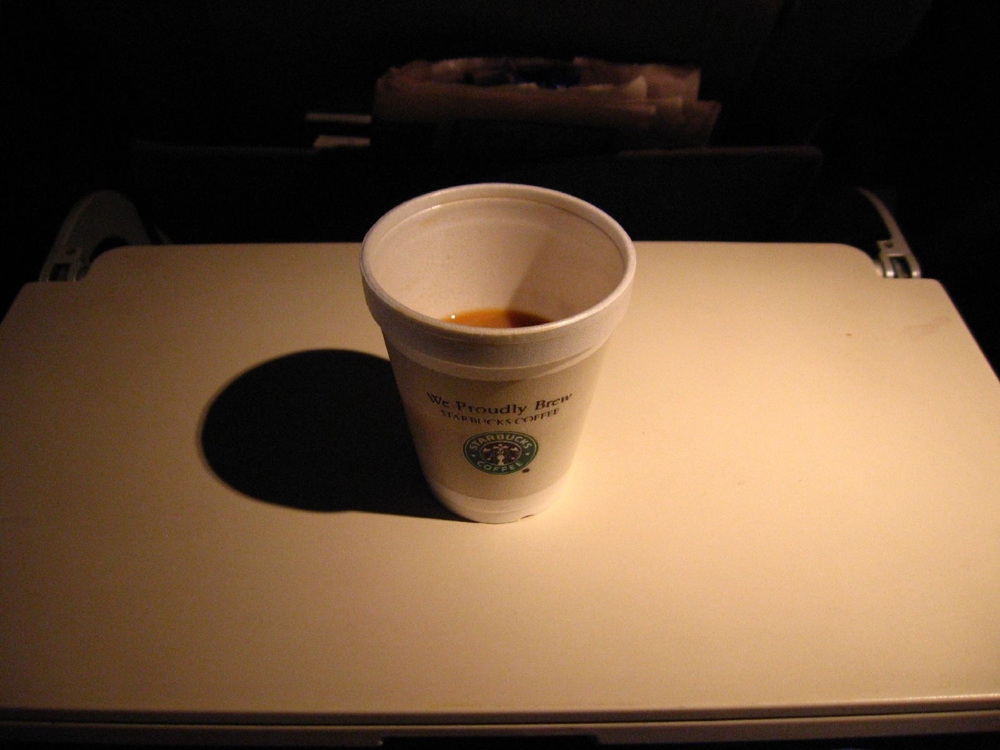 0
The drinking water used for coffee and tea is filthy. The drinking water, that used for making coffee, tea, etc., should NEVER be consumed. The holding tanks in these sometimes 60 year old planes are never cleaned. They have accumulated so much greenish grime on the walls that in some places it can be inches thick. This one is very known by all airline employees. 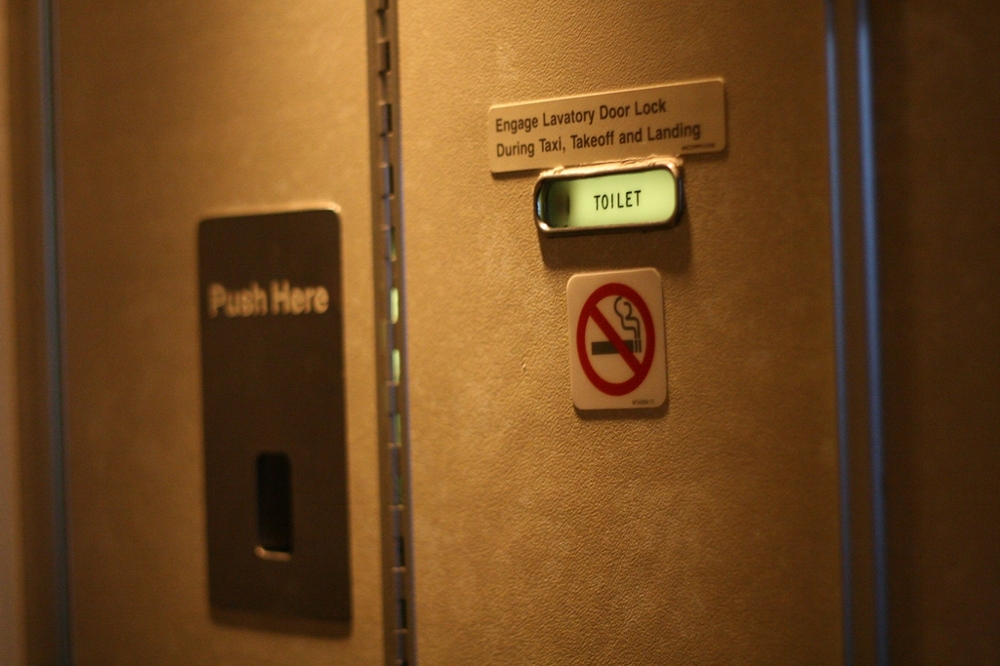 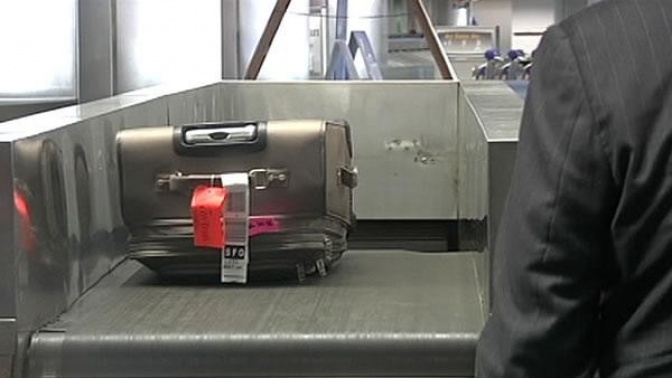 0
On the importance of locking your bags. Lock your bags, carry-on bags included.Look online or in a travel store for TSA-approved locks. The TSA has keys to open those locks in case they need to further inspect them (and hopefully not steal from them). And most people don’t think to lock their carry-on, but especially now with load factors very high, more and more people are having to gate check bags. Once you drop your bag at the end of the jetway for gate-checking, anyone from a fellow passenger, to a gate agent, to a ramp agent has access to your bag. 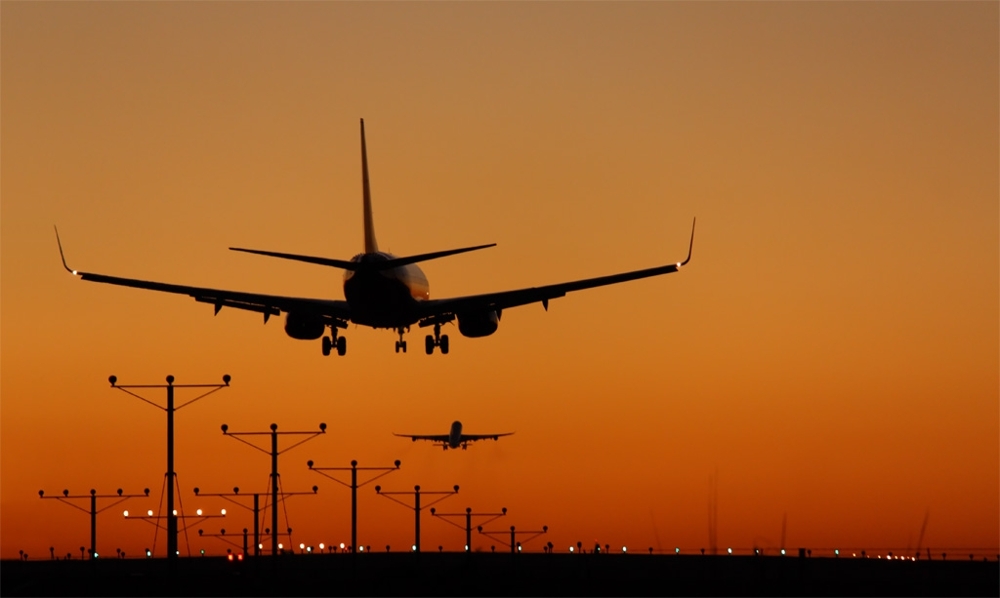 0
How a pilot approaches landing. When you experience a hard landing in bad weather it wasn’t because of a lack of pilot skills but it is in fact intentional. If the runway is covered in water the airplane has to touch down hard in order to puncture the water layer and prevent aqua planing. “Landings are nothing more than controlled crashes.” Pilot friend quote. 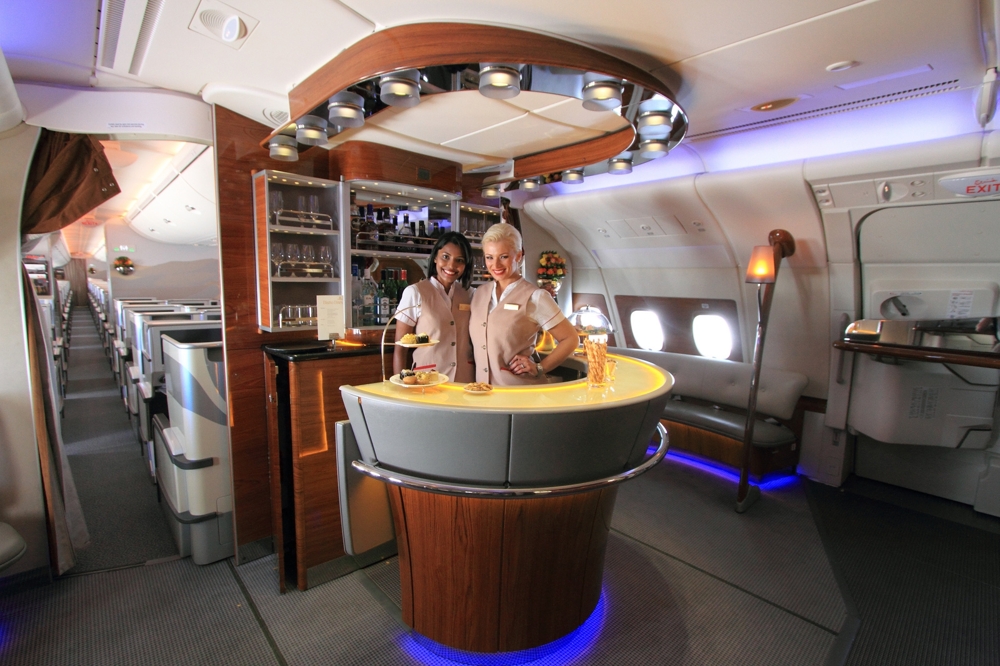 0
Tipping could go a long way. My girlfriend is a flight attendant. NO ONE tips flight attendants. If you give your FA a fiver with your first drink you’ll probably drink for free the rest of the flight. 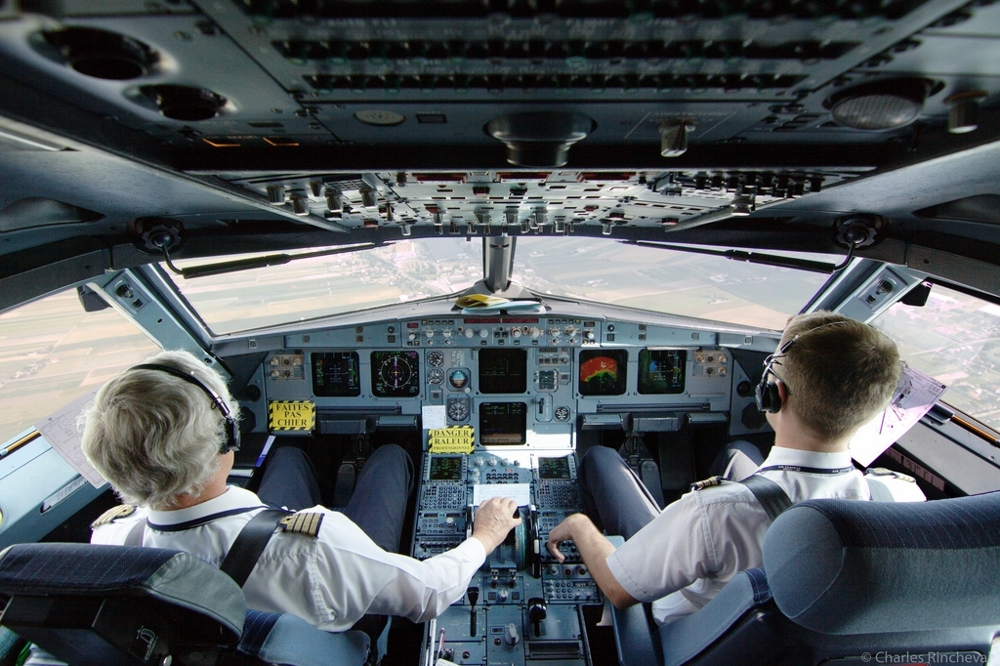 0
Just because you’re flying with a big airline, doesn’t mean the pilots are experienced. Regional airline pilot here. You may have bought a ticket on Delta, United, or American, but chances are you’ll be flying on a subcontractor. That means the pilots have a fraction of the experience, training, and pay of the big mainline carrier. Also, I don’t get paid enough to care if you make your connection. Most of the time we fly slower than normal to make more money. The only time we fly fast is if ATC tells us to or if it’s the go home leg. 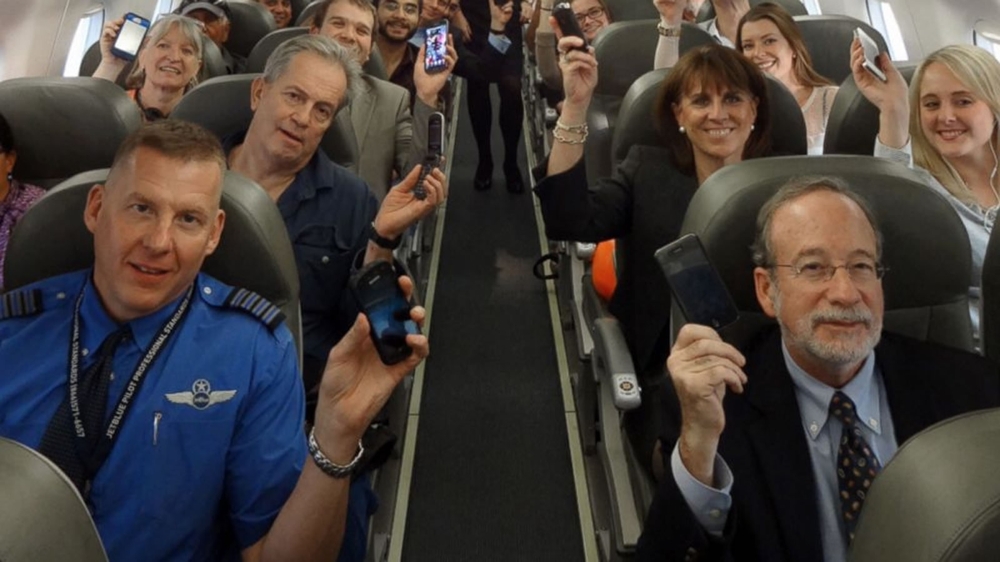 0
The truth behind turning off electronics. Pilot here. Having to turn off electronics on a plane is totally useless.Mobile electronic devices won’t really bring an airplane down but they can be really annoying to pilots. Just imagine sitting in the flightdeck descending to your destination and hearing the interference of a 100+ cellphones picking up a signal. I have missed a clearance or 2 that way. 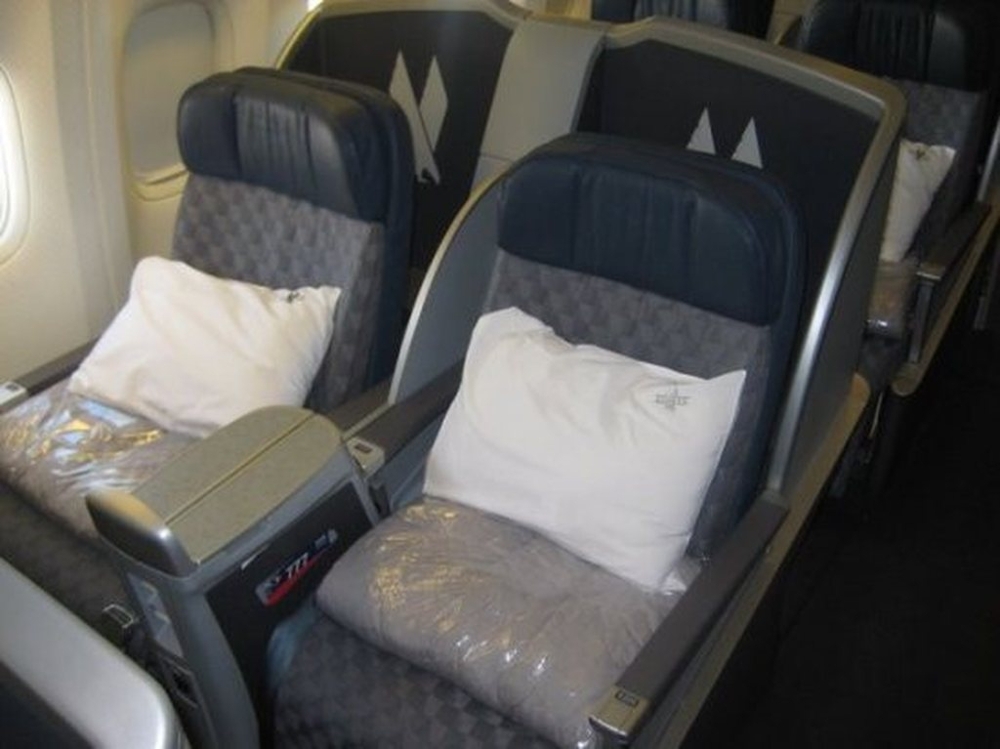 0
A flight attendant reveals just how dirty everything truly is. I worked for Southwest as a flight attendant. Those blankets and pillows? Yeah, those just get refolded and stuffed back in the bins between flights. Only fresh ones I ever saw were on an originating first flight in the morning in a provisioning city. Also, if you have ever spread your peanuts on your tray and eaten, or really just touched your tray at all, you have more than likely ingested baby poo. I saw more dirty diapers laid out on those trays than food. And those trays, yeah, never saw them cleaned or sanitized once. 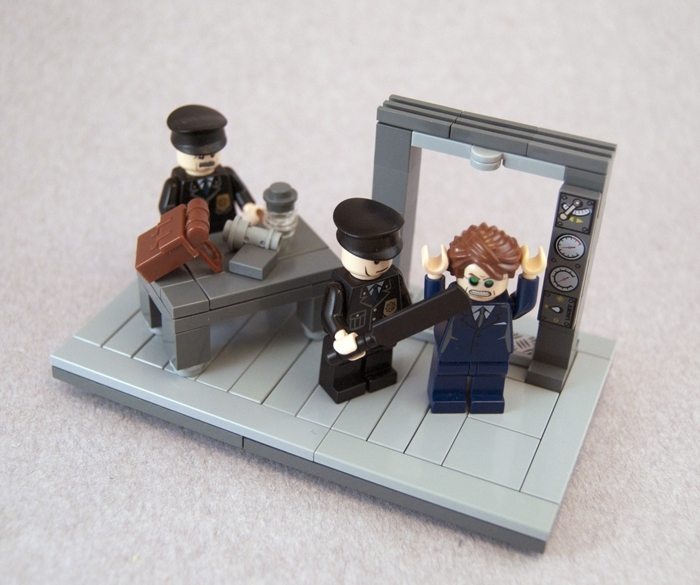 0
Airports haven’t covered all of their security bases yet. There are actually legitimate security loopholes that, if widely known, would let average citizens get right next to airliners, runways, and taxiways. Like any system, if you know how it works, you know where the cracks are. 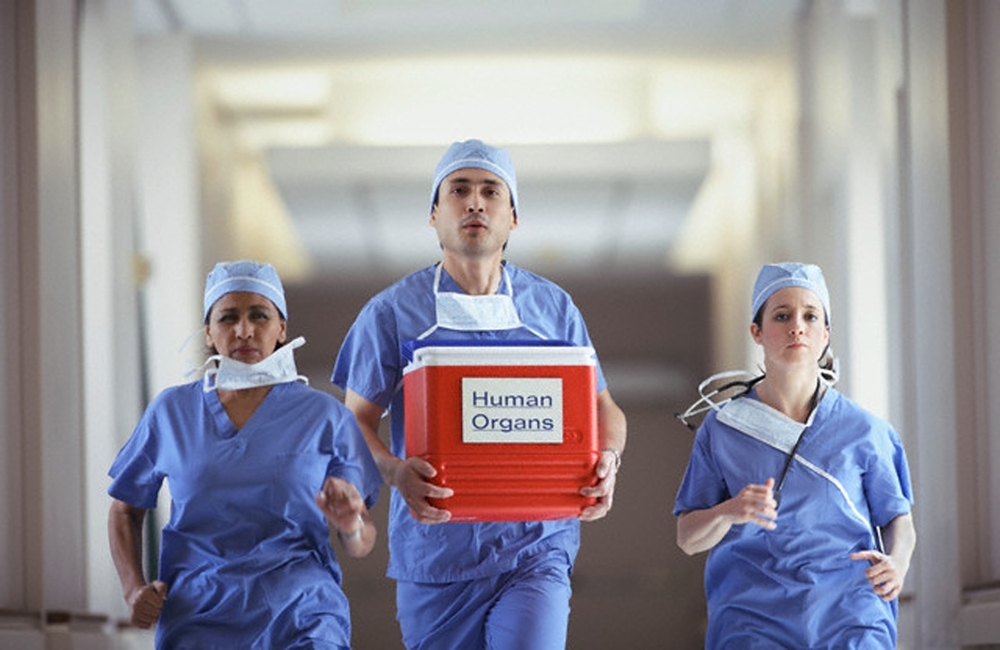 0
Most flights are also carrying human organs. The majority of domestic flights have human remains or organs on them. I work below wing as a baggage handler. Watch out the window for long boxes that say, “Head” at one end… Oh, and I can fit 150 bags in bin 3 of a Boeing 737-300. 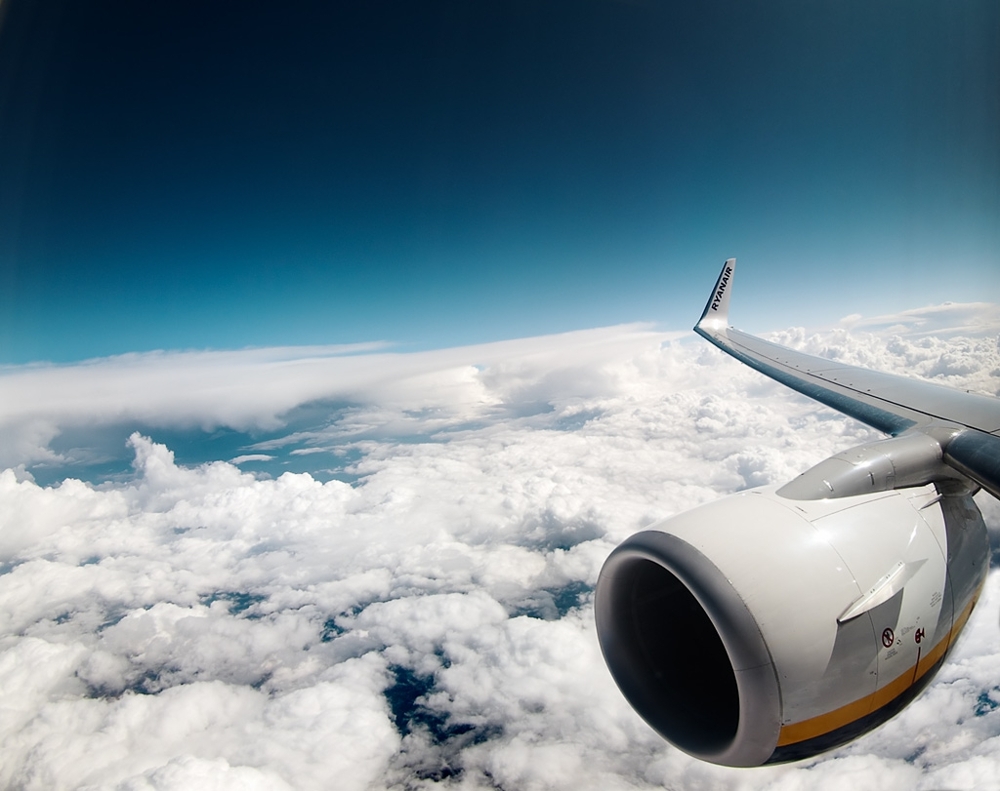 0
Planes without engines can still glide for a really long time. A pilot told me if both engines fail, a plane can glide 6 nautical miles for every 5000 feet. So at 35,000 feet, a plane can glide about 42 miles without power. It’s why most accidents happen landing or taking off 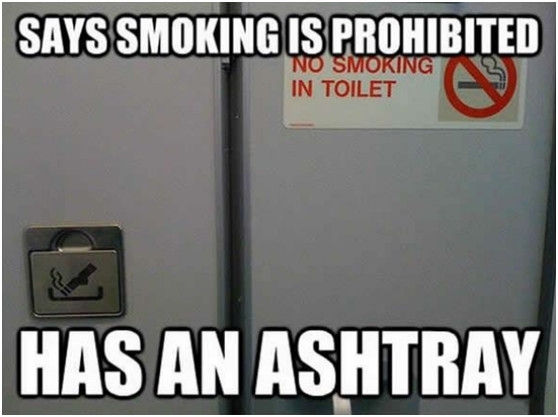 0
The real reason there are still ashtrays in the lavatories. Here’s one: ashtrays in the lavatories are mandatory equipment even though the FAA banned smoking on flights years ago. The reasoning is that if people do decide to smoke, they want them to have a place other than the trash can to throw the butt. And one final note, if a plane is being hijacked when the pilot lands they will leave the wing flaps up that slow the plane down, this is to signal the airport that there is something happening in the plane.

Tags: airplane   secrets
Новости партнёров
What do you think about it
0  comments
Newest first
Best first Oldest first
Show all
Show more (from _)