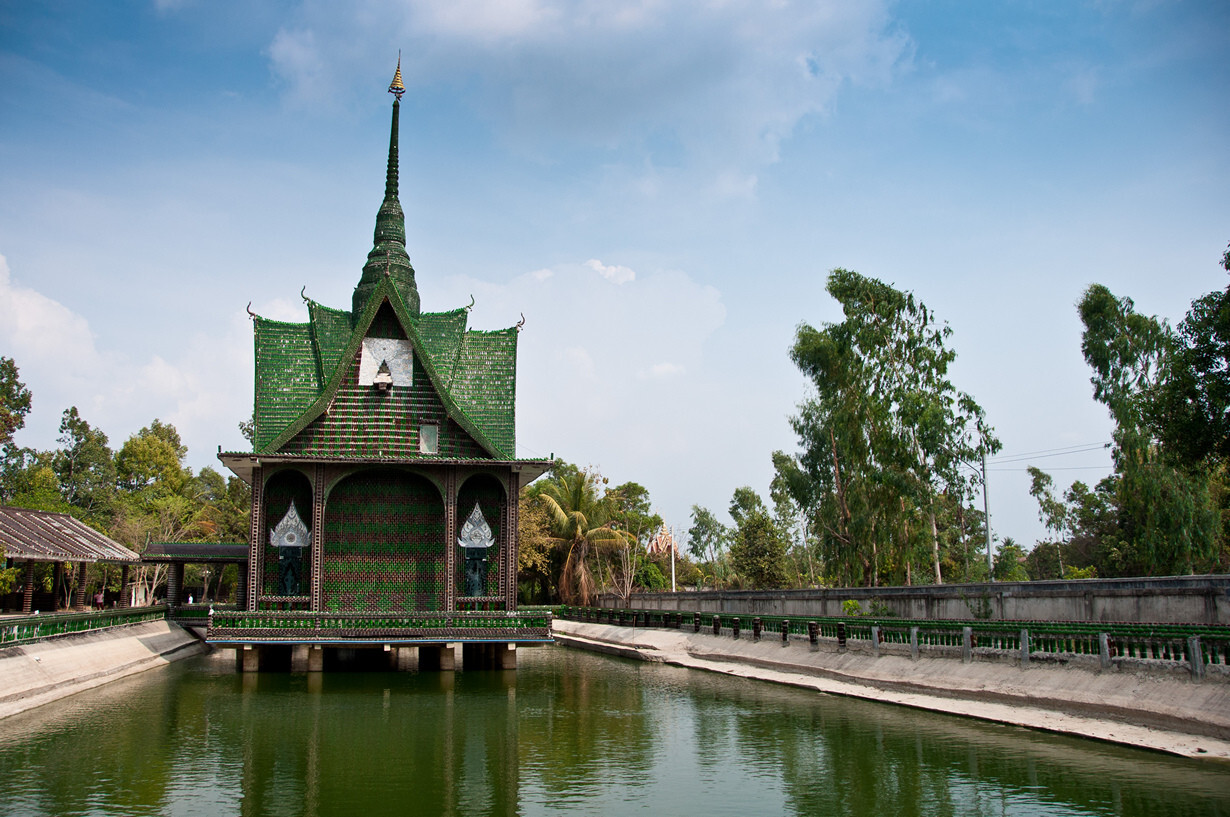 08 may 2015 13:55
Tags: bottle   temple   thailand
0
5
This is the beautiful Wat Pa Maha Chedi Kaew, better known as the Million Bottle Temple. From far away, this Buddhist temple looks a beautiful jade structure on a serene lake. It rests near the Cambodian border in the Sisaket province of Thailand, and has served the community of Khun Han since ground was broken in 1984. 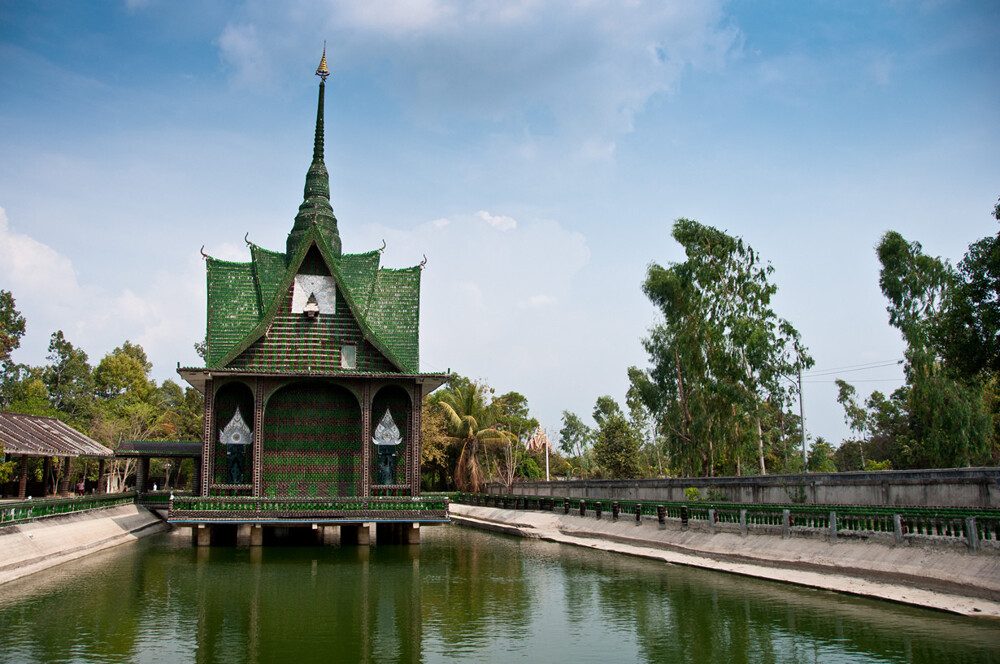 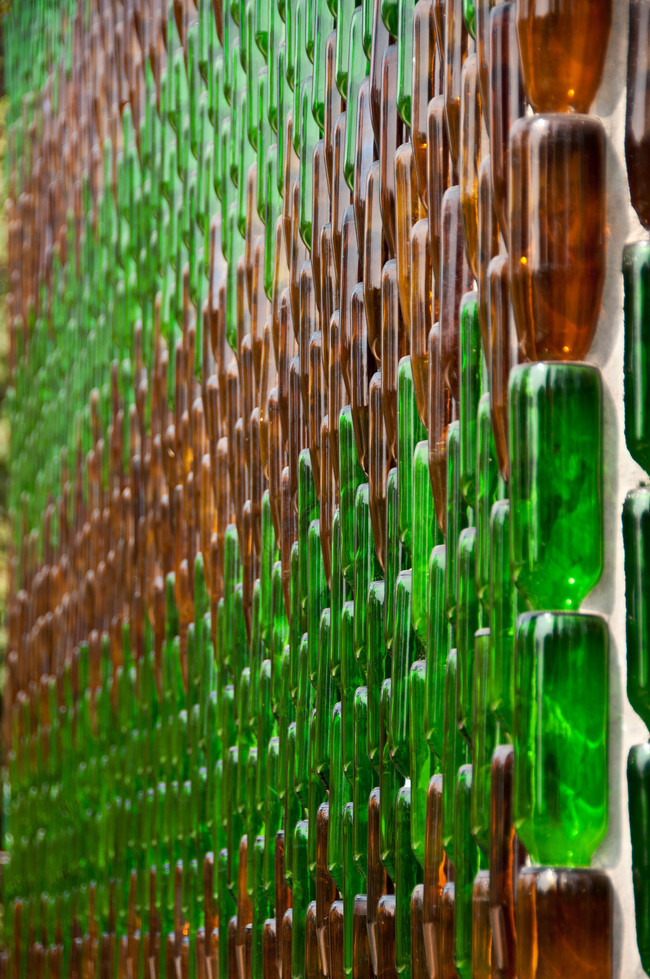 0
The temple gets its nickname from the fact that it's actually made from nearly 1.5 million bottles. 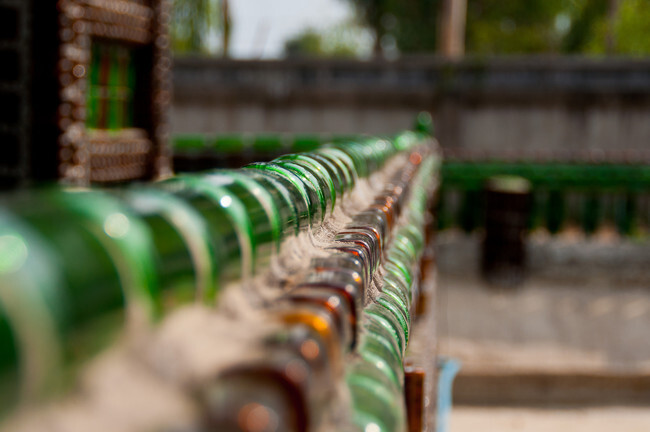 0
In the eighties, a local monk and his followers noticed a mounting litter problem in the area. With the idea of promoting a healthier, litter-free community, the group started the Wat Pa Maha Chedi Kaew. The locals brought monks recyclable bottles, which were used to build every part of the temple. 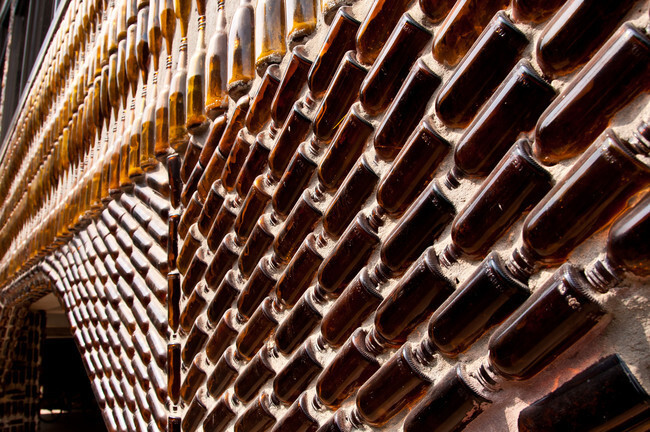 0
Everything inside and outside the temple is made using recycled beer bottles. The place is littered with bottles (in the non-polluting sort of way). The temple also features religious decorations and dioramas made from bottle caps, further stretching the monks' given materials. 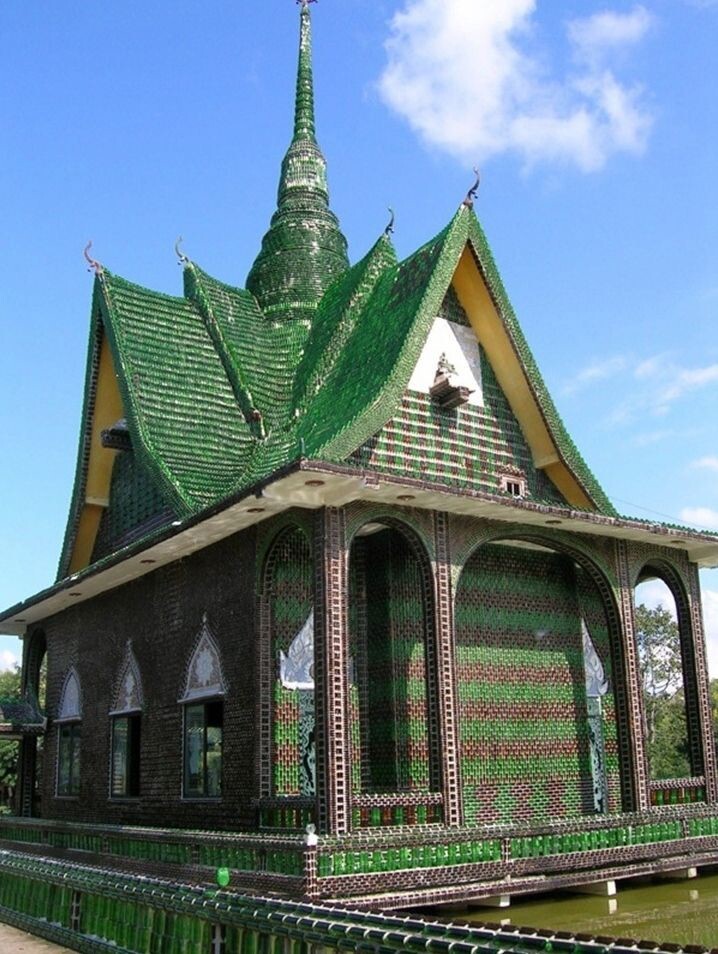 0
The Million Bottle Temple expanded over the years to include sleeping quarters, working bathrooms, and a crematorium. The temple is still under construction, as bottles are continuously added in the hopes of building even more parts of the temple.