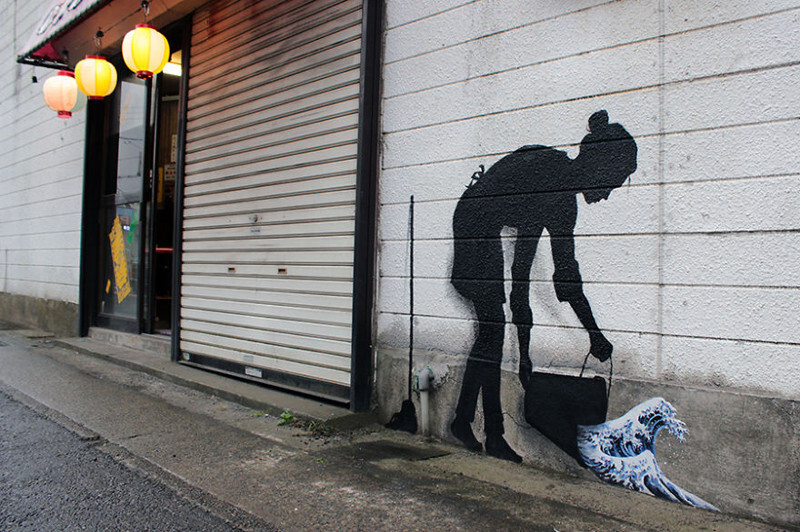 Asia’s Social And Political Issues Through The Eyes Of Pejac

03 jul 2015 13:07
Tags: Pejac   asia   street-art
75
16
One of the biggest satisfactions of creating my art comes through the actions I make on the streets. When I work on the streets one of my aims is to reach as many levels of society as possible, not only to those who are art sensitive. The streets belong to everybody, specially to those who live it more intensely. I have just came back from my first trip through Asia. It’s been a really tough, exciting and enriching experience. For this tour I wanted to make interventions that tackle the current political and social situation of each city while addressing topics in an atemporal and poetic manner.

Everyone is an Artist (Tokyo) 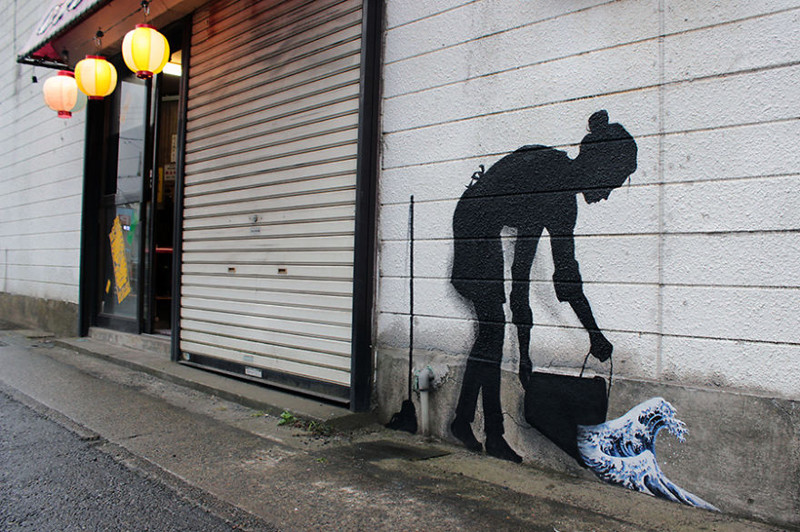 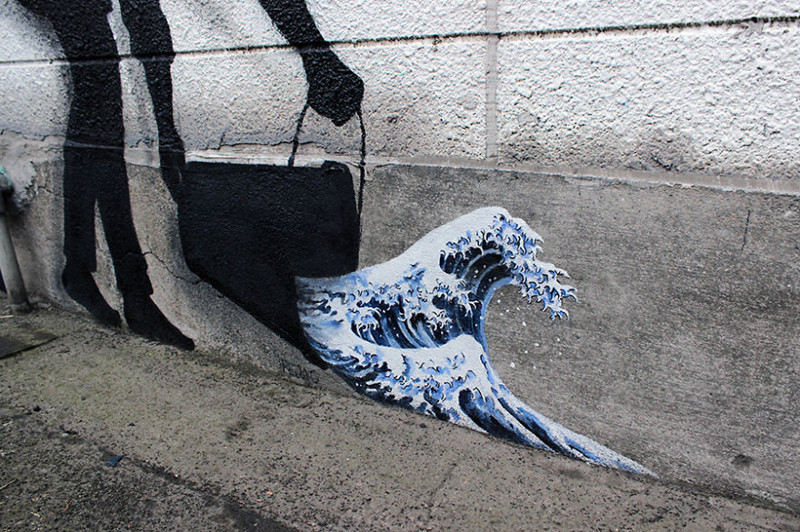 0
This is my witty tribute to the working women of Japan, titled after Joseph Beuys’ paradigm. Showing a silhouette of a cleaning lady pouring out a bucket and recreating “The Great Wave Off Kanagawa” by Hokusai. 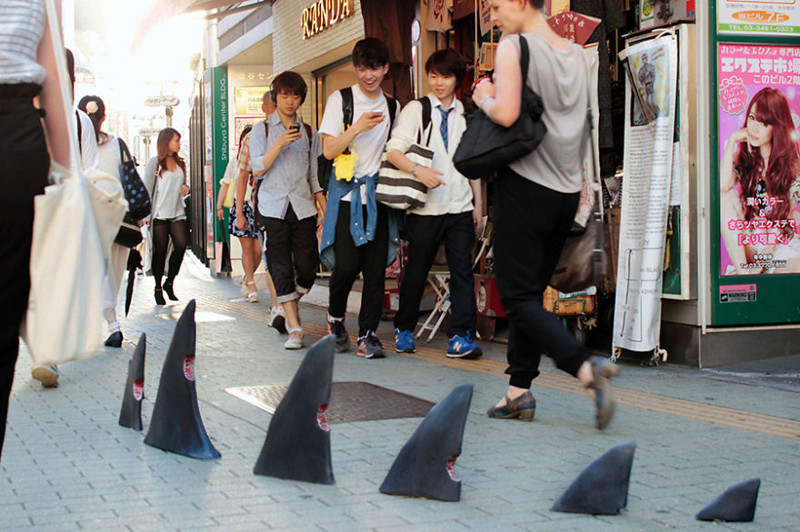 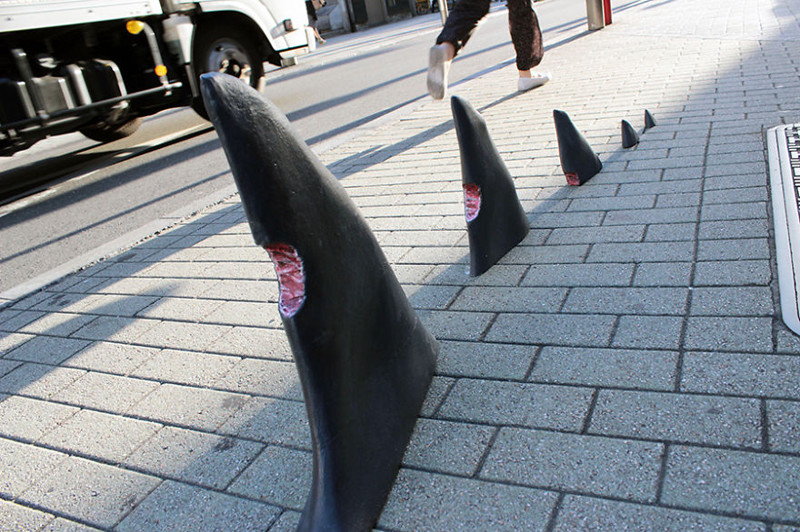 0
This is a work that makes use of the classic anime aesthetics to camouflage a critique to a reality much less kind: the genocide of a specie (Sharks) for which Japanese consumers are not the only but the most responsible for. A sea predator that emerges in the city revealing a human bite on its dorsal fin. 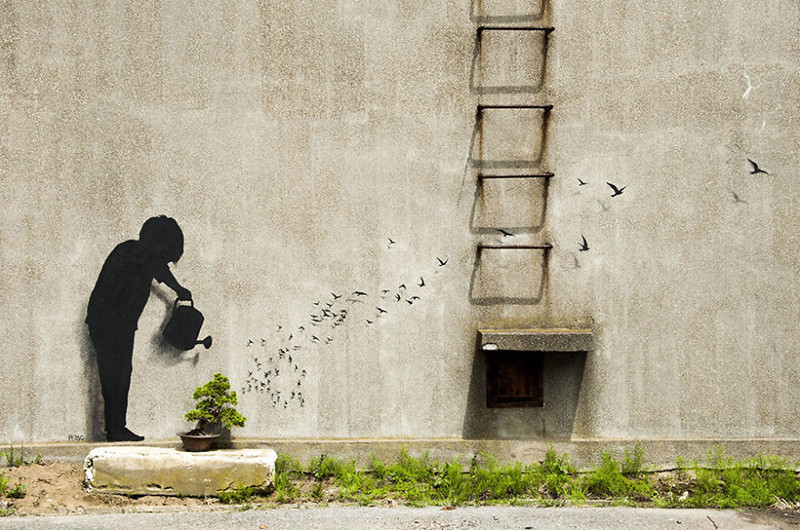 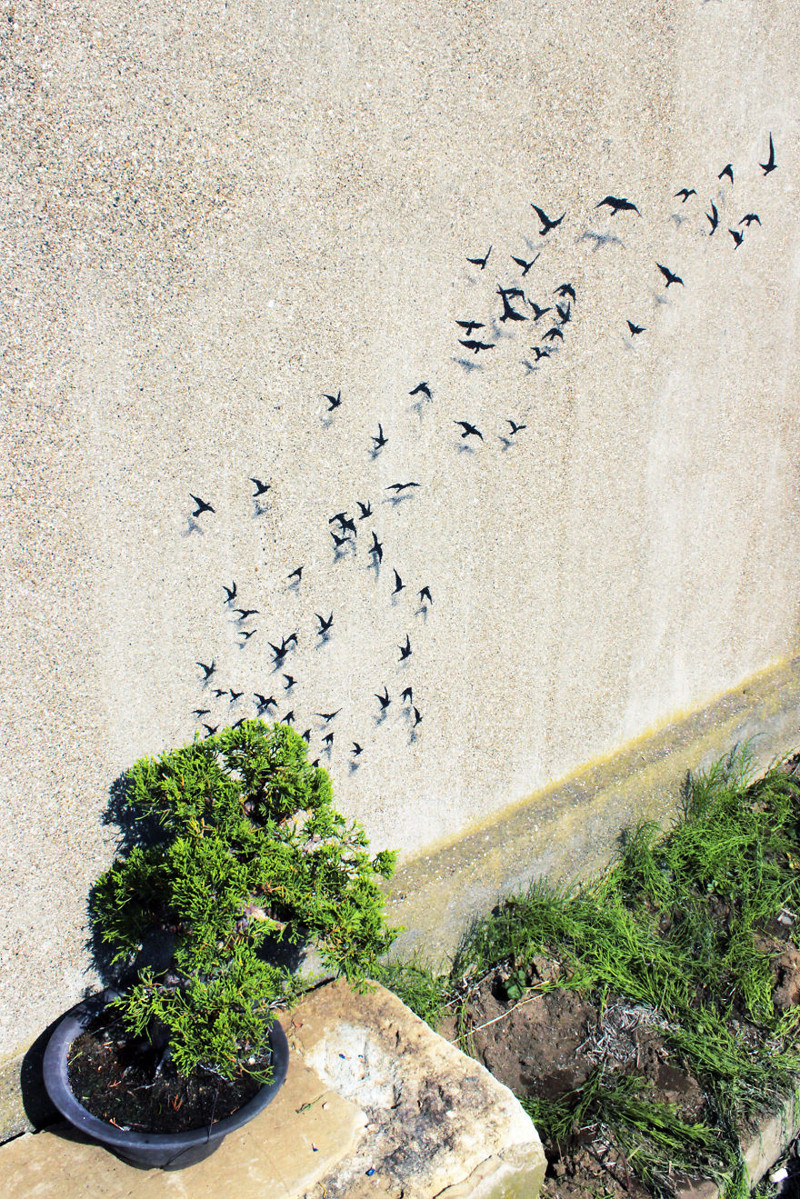 0
Using an icon of Japanese culture that I have always felt interest in, as the Bonsai, I wanted to make a surrealistic work that plays with scale of different elements. 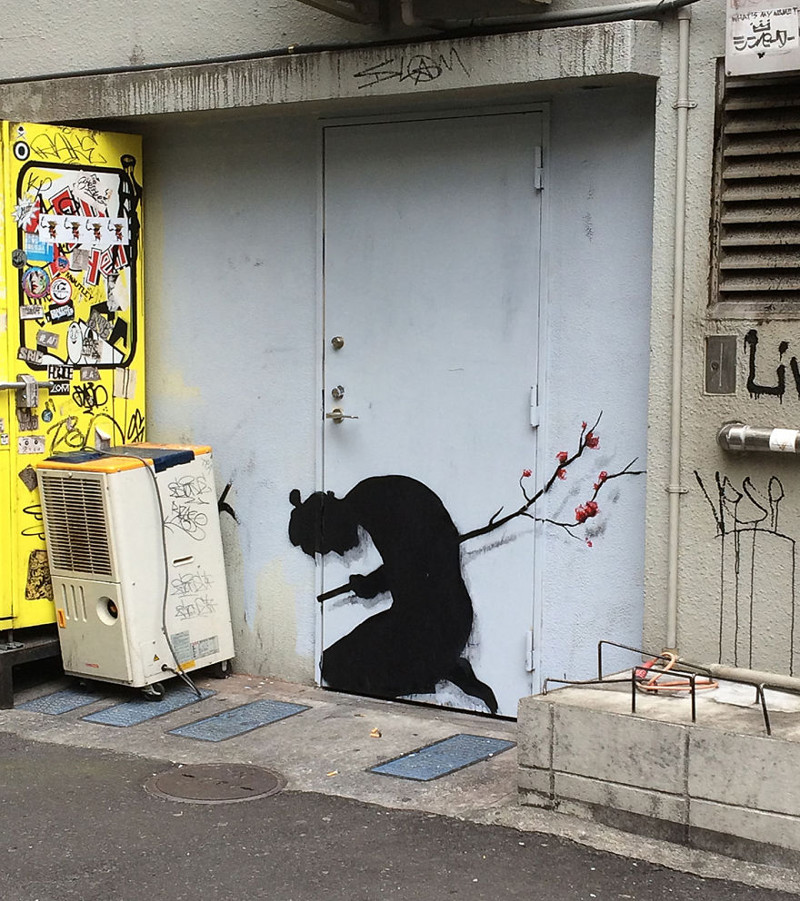 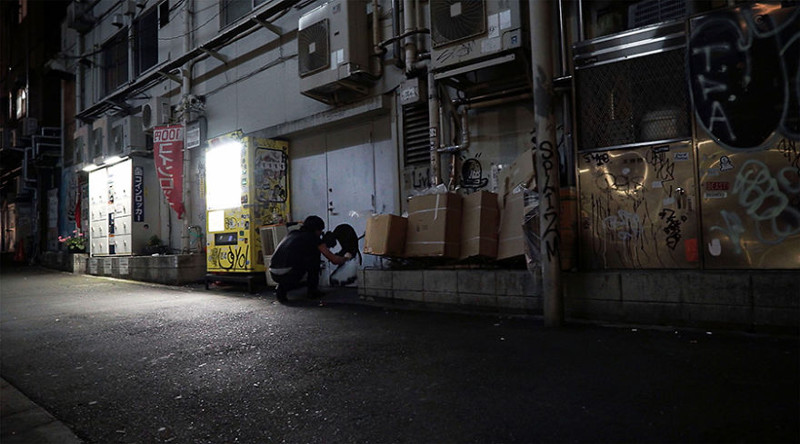 0
I originally conceived this as an indoor painting some time ago. I made this sort of tribute as a manner of thank you to the Japanese culture for the inspiration that drove me to create it in the first place. 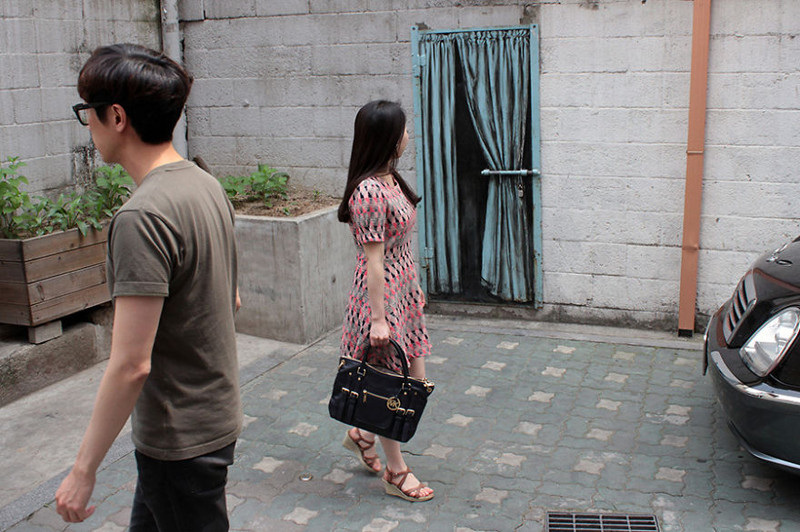 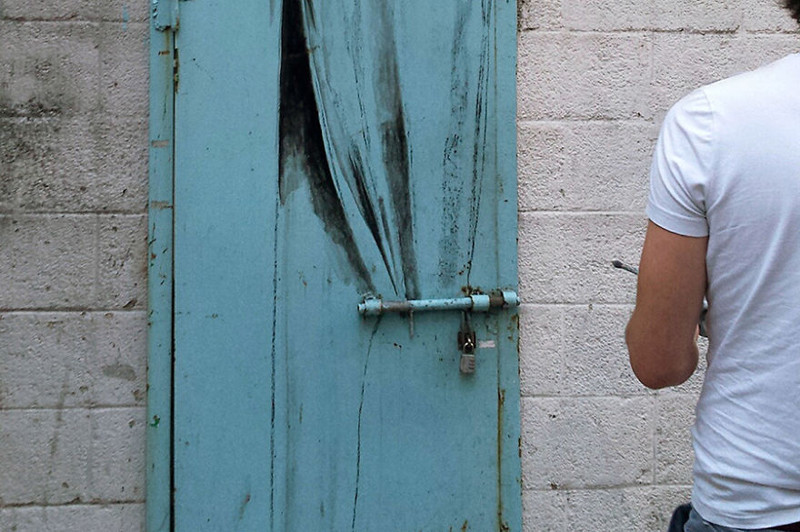 0
This work represents a contradiction in and of itself. As a trompe l’oeil we see a semi open curtain that instead of being hold by a tie, it’s oppressed by a real metallic lock. A gentle open door locked inside a tough steel door. 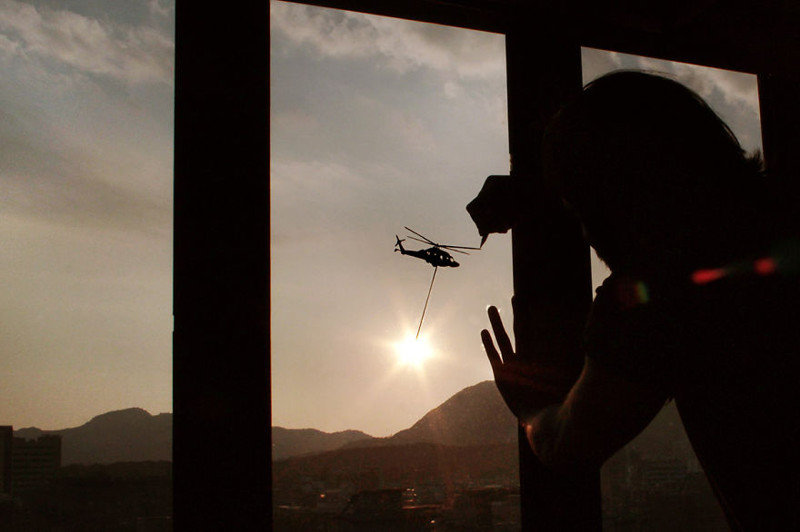 0
I’ve recently read in a newspaper that 25% of Spanish people think that the sun orbit around the earth and not the other way around. South Korea is much closer to the meridian 180° (Time zone 0) than Spain is, therefor a unique chance to catch the first sun and transfer it around the earth as many people of my country believe it really does. 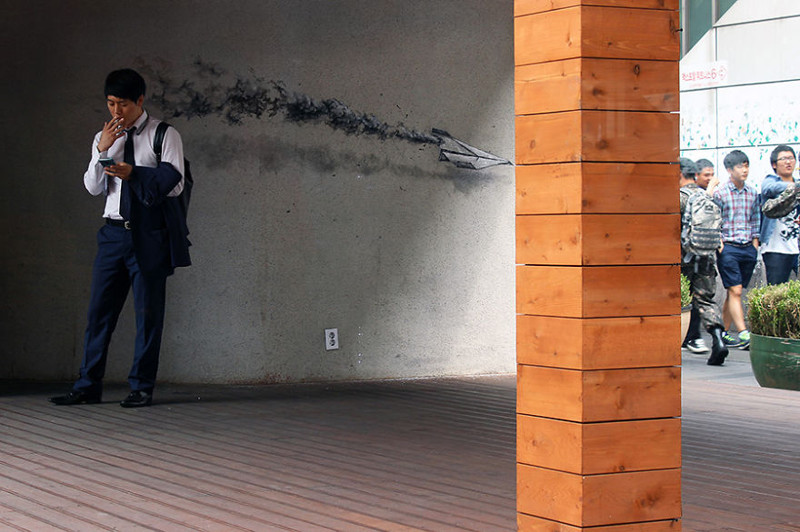 0
A shot down paper plane, burning as it falls to the ground. This is my subtle way to introduce a poetic factor to a delicate political reality, as the one that is lived in South Korea. 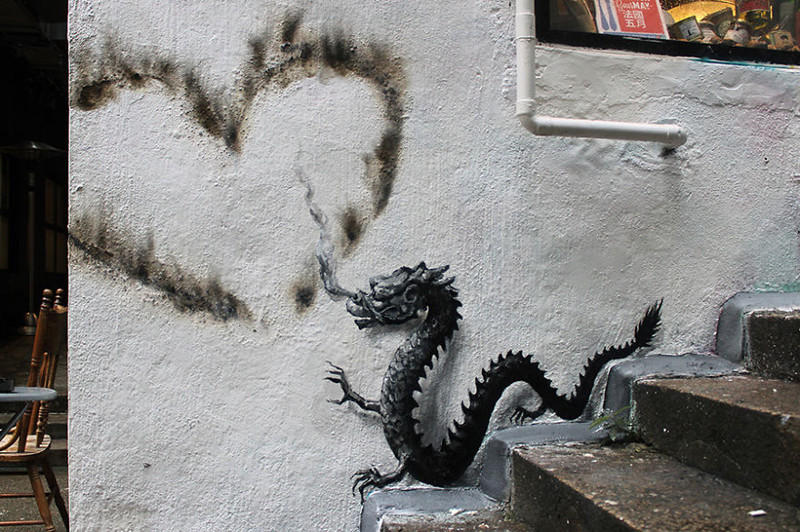 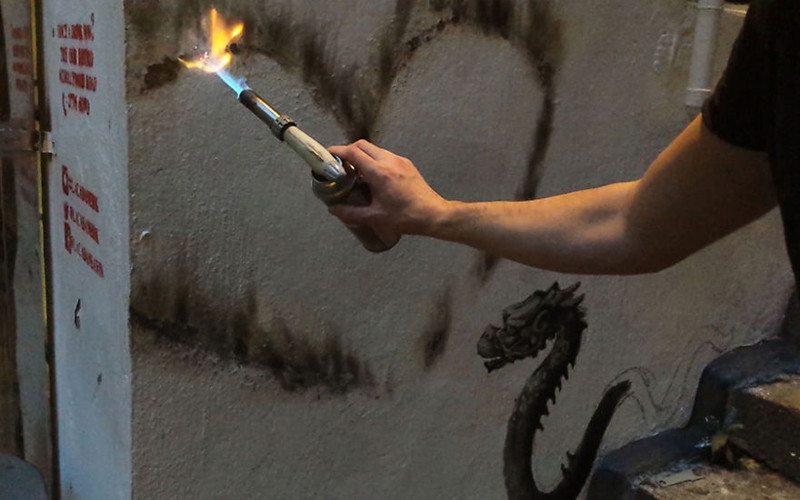 0
In China the Dragon is a symbol of strength and power. This ferocious mythical animal, that can cause hurricanes and floods, becomes a domesticated pet sending out the universal love message. 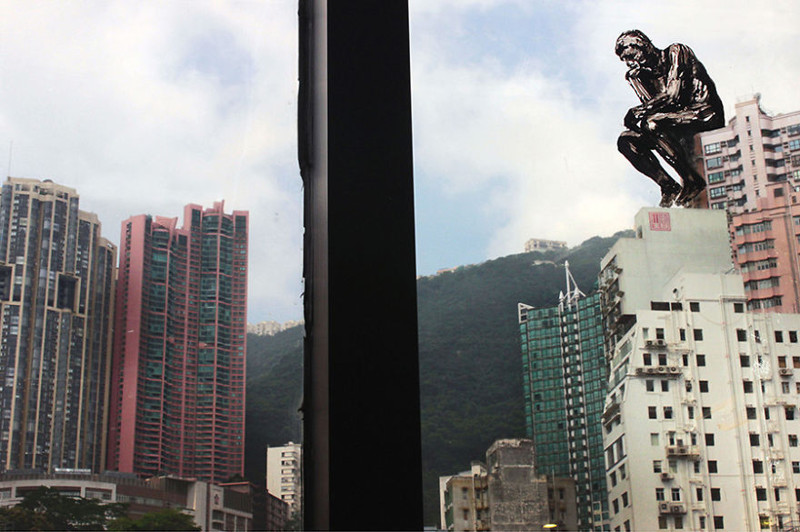 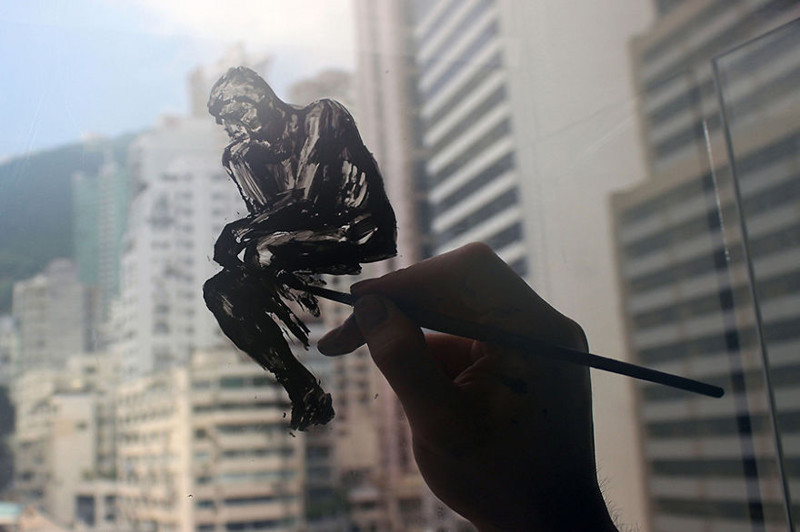 0
The idea behind it is that because of lack of time and space, the rhythm of the city, it seems like locals are not being left to think for themselves. Rodin’s Thinker contemplates this mega city, from the skyscrapers, reminding people to stop and re-think. Only in Asia
We need to be sure you are not a bot. Type the characters you see in the picture below.
Обновить