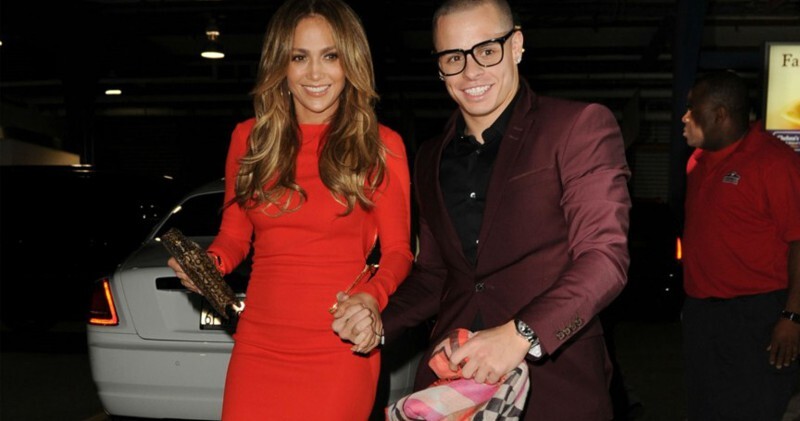 01 sep 2015 10:40
Tags: celeb   dancer   dating
45
11
Everyone knows dating a coworker is a terrible idea. What if it ends badly? Seeing them every single day isn’t going to make it easier to move on. Regardless of the fact, celebrities are infamous for dating their co-stars anyway. In a regular job, there’s always the option of quitting, but if you’re the two leads in a multi-million dollar movie franchise, that’s not realistic. But it isn’t only actors who date their co-workers. World famous musicians have a tendency to get romantically involved with their backup dancers. 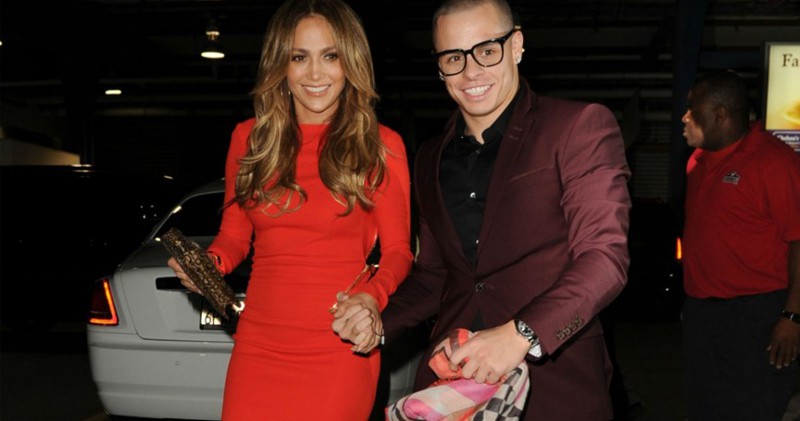 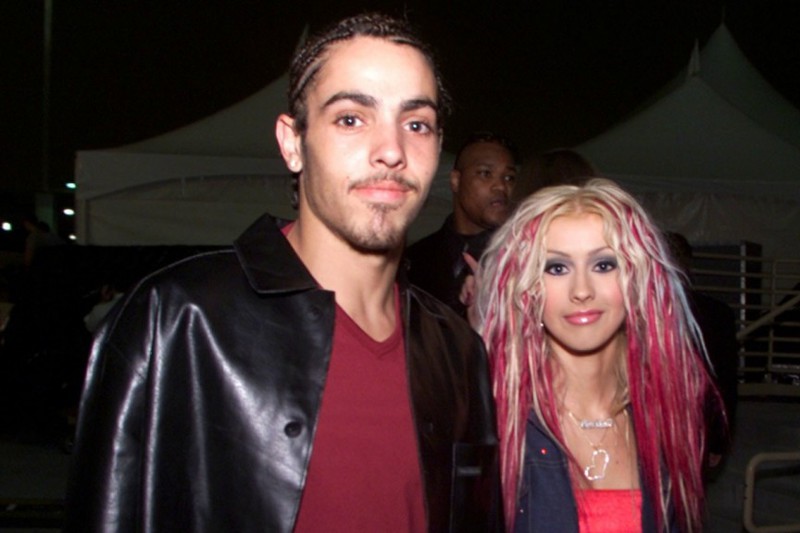 0
When Christina Aguilera‘s career was just starting to heat up, she started dating one of her backup dancers, Jorge Santos. They were together for a of couple years, and she reportedly was interested in getting married. But Santos called off the relationship because he wanted to focus on his career and be more than just Christina Aguilera’s boyfriend.

While they were together, he toured with her and appeared in some music videos. Since they split amicably in 2001, they’re still supportive of each other, and Santos even follows Christina on Twitter. 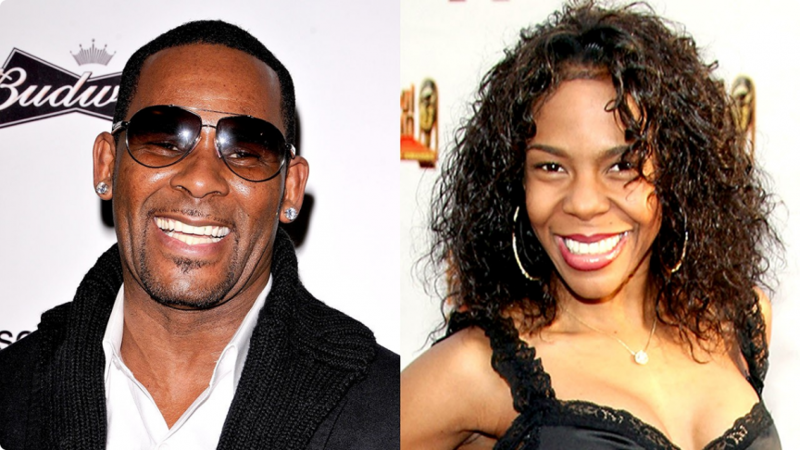 0
R. Kelly‘s marriage to an underage Aaliyah was the one that made headlines, but after that was annulled, he married one of his choreographers and backup dancers, Andrea Lee, in 1996.

They had three kids together and she stayed with him through his child pornography charges and trial in 2007. They got divorced in 2009 after 13 years of marriage and Andrea has since appeared on the VH1 reality show Hollywood Exes. 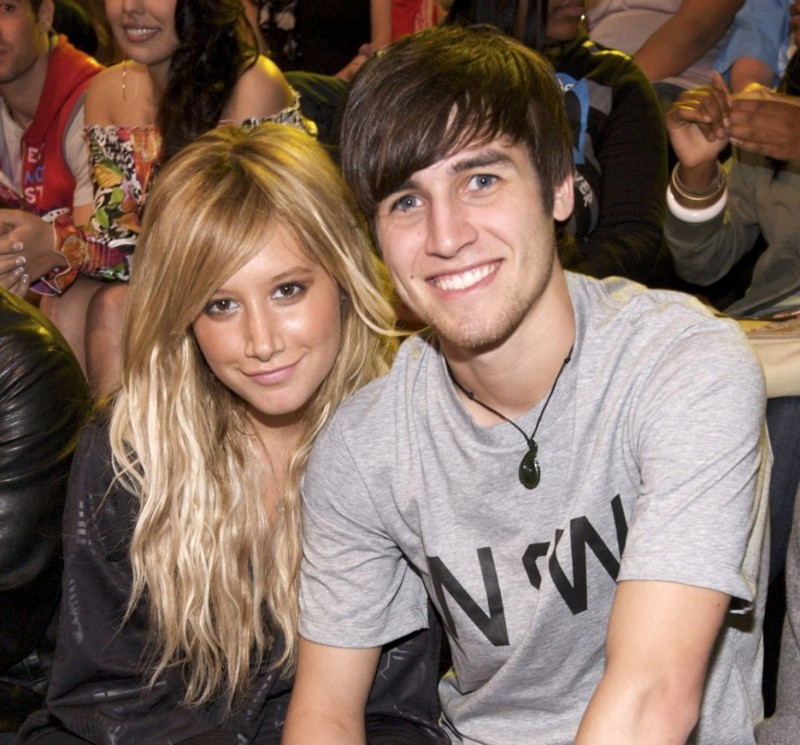 0
Ashley Tisdale got her big break on the High School Musical franchise, and that’s also where she met her boyfriend of two and half years, Jared Murillo. He was cast as a backup dancer for the first movie, and although she was in the main cast, they fell in love.

They toured together for the High School Musical: The Concert and he appeared in a few of her her solo music videos as well, but they split in 2009. In 2014, Tisdale married musician Christopher French. 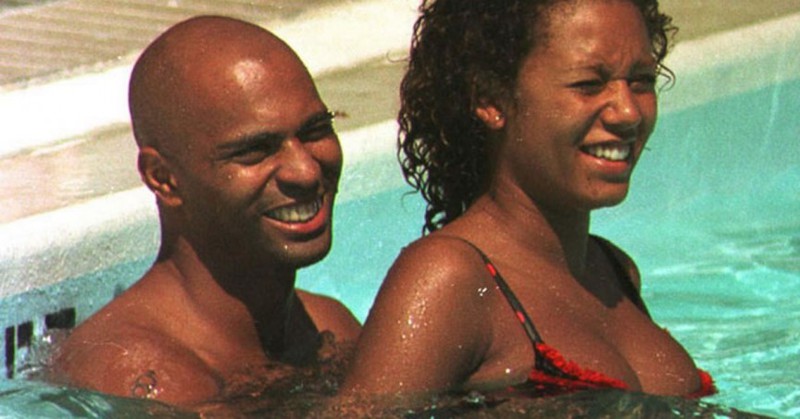 0
A Spice Girl who dated a backup dancer was Mel B. During the Spiceworld tour, Mel got together with dancer Jimmy Gulzar. After she got pregnant, the two decided to get married and Mel even changed her stage name to Mel G.

They had a daughter, Phoenix, but ended up filing for divorce only two years later. Gulzar blamed Mel’s breast implants and adultery for the split. 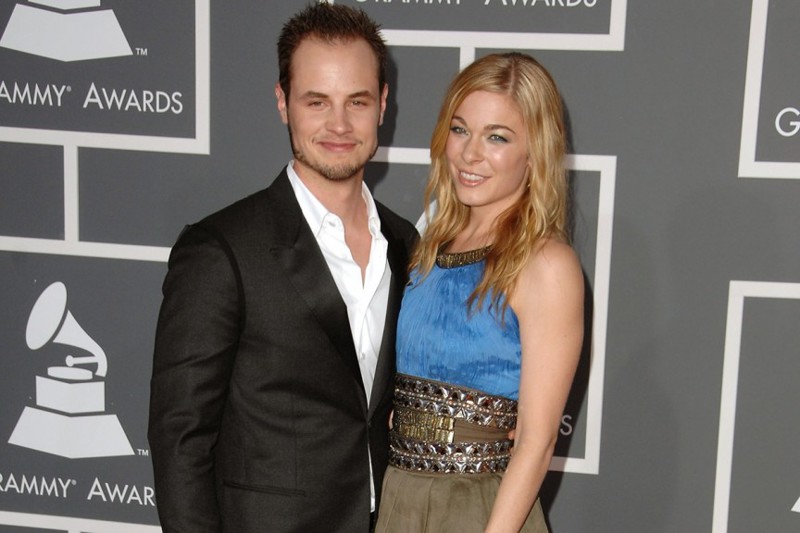 0
LeAnn Rimes was hosting the Academy of Country Music Awards in 2001 and Dean Sheremet was assigned to be a backup dancer for one of her performances. She told InStyle magazine that it was love at first sight, and the two ended up getting married in 2002.

She and Sheremet divorced in 2009 after reports that she’d cheated on him with her Lifetime movie co-star, Eddie Cibrian. Cibrian divorced his wife of eight years as well, and he and LeAnn got married in 2011. 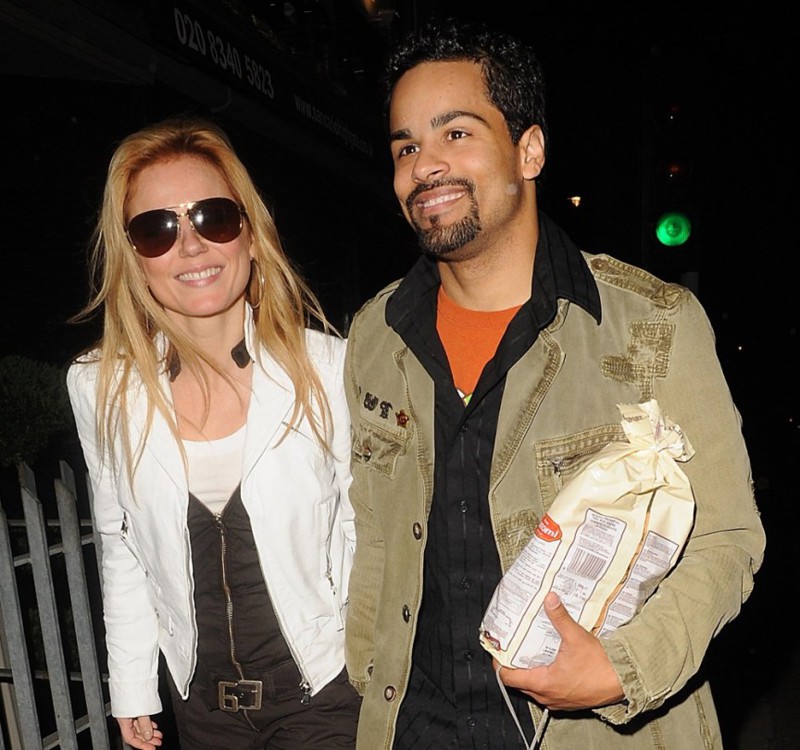 0
During one of the Spice Girls comeback tours, Ginger Spice Geri Halliwell started dating one of their backup dancers, Ivan “Flipz” Velez. They were only together for 6 months when Halliwell dumped Velez over the phone despite reports that the two were getting pretty serious and discussing marriage and kids.

She reportedly didn’t feel a strong enough spark and didn’t think the relationship was going anywhere. Halliwell is now married to Christian Horner, a race car drive for the Infiniti Red Bull Racing Formula One team. 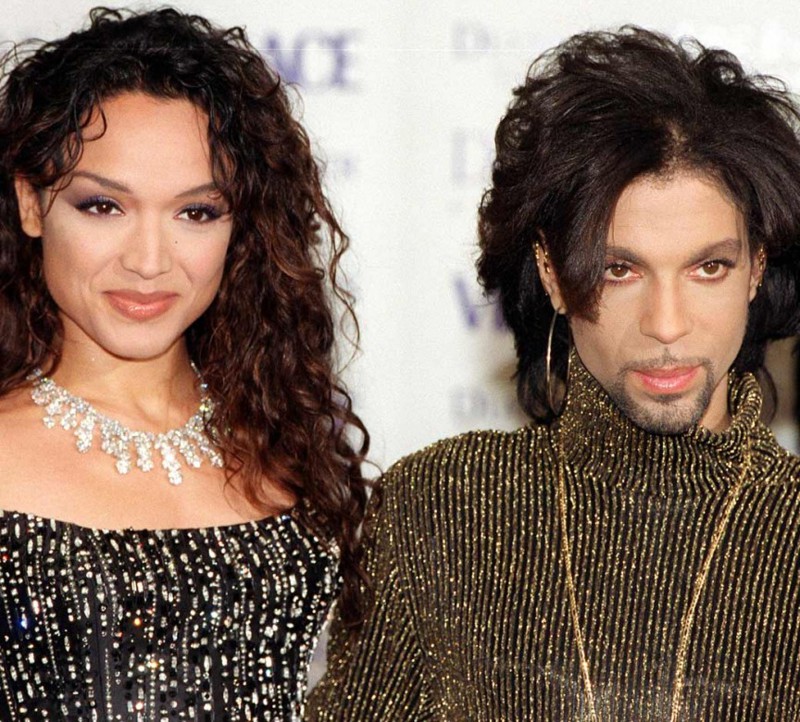 0
Prince has been romantically linked to lots of A-list celebrities, but it was his backup dancer, Mayte Garcia, who he really fell for. She was hired to dance on his Diamonds and Pearls Tour and she became the focus of his album, Love Symbol.

Garcia was 22 and Prince was 37 when they got married on Valentine’s Day 1996. They had a son, born that October, but tragically, he was born with a rare skull defect and he passed away a week later. They got divorced in 1999, but Mayte has said “although I am not actively in love with him [Prince], I will always love him – he’s a great guy.” 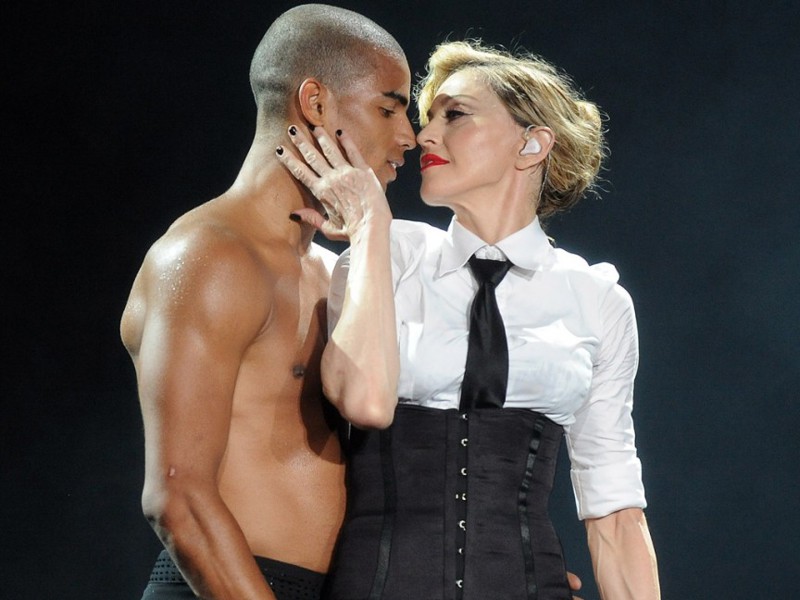 0
Madonna was 52-years-old when she met 24-year-old dancer Brahim Zaibat at her daughter Lourdes’ Macy’s clothing line launch in 2010. He went on to work as a backup dancer for Madonna’s MDNA world tour in 2012.

They dated for three years before calling it quits. That wasn’t Madonna’s only young conquest. She also dated model Jesus Luz before Zaibat, and she split from another backup dancer, 26-year-old Timor Steffens, last summer. 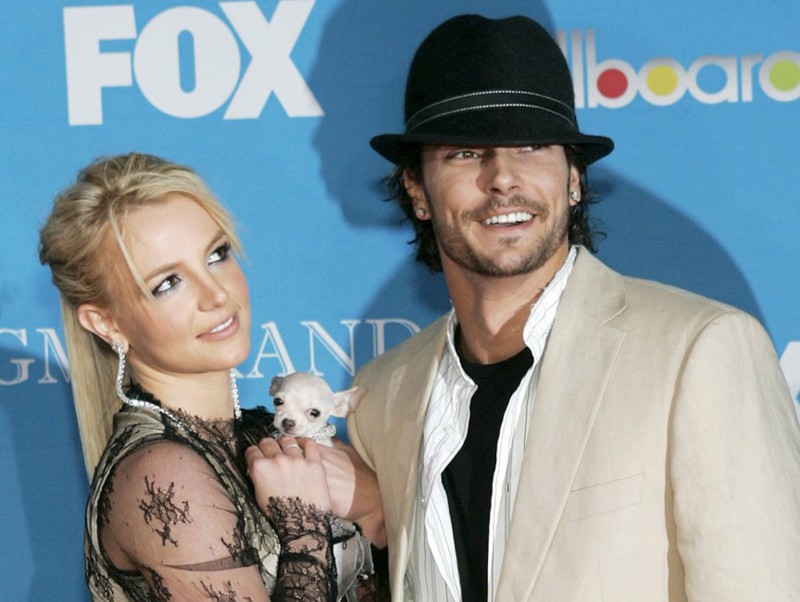 0
One of Britney Spears‘ most questionable choices was her relationship with backup dancer, Kevin Federline. The couple got married after only three months of dating (he left his former girlfriend, Shar Jackson, while she was still pregnant with their second child). They had two sons together, Sean and Jayden, before Britney filed for divorce after only two years of marriage.

Their relationship attracted a lot of media scrutiny and was thought to be the beginning of Britney’s mental decline. Federline was awarded sole physical and legal custody of the boys, which he still has today. 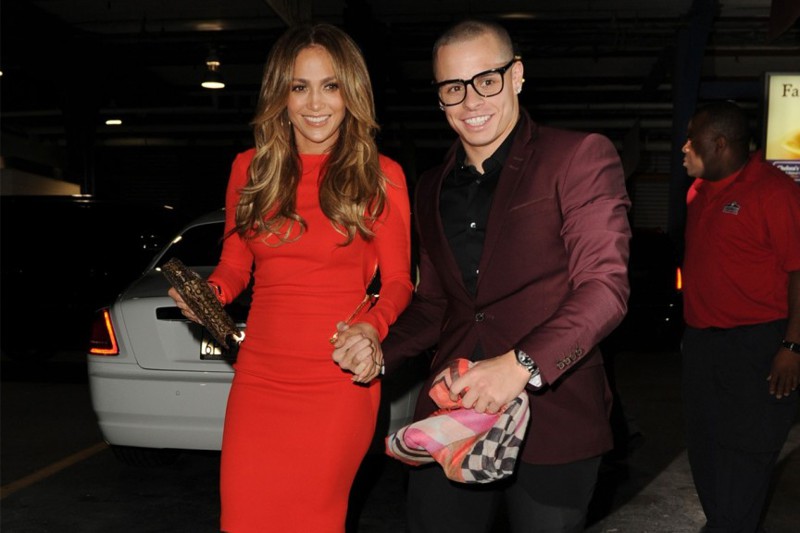 0
Jennifer Lopez announced her split from her husband of seven years Marc Anthony in 2011, and it wasn’t long before she was being linked to her former backup dancer, Casper Smart. The two dated for two years and split in 2014. But they have been spotted holding hands and kissing lately, sparking rumors they they’re getting back together.

Smart, who is 28, told People magazine, “we’re just being ourselves, just having a good time, that’s all,” when asked about their relationship status. And we can’t forget Lopez’s marriage to backup dancer, Cris Judd, which lasted less than a year.