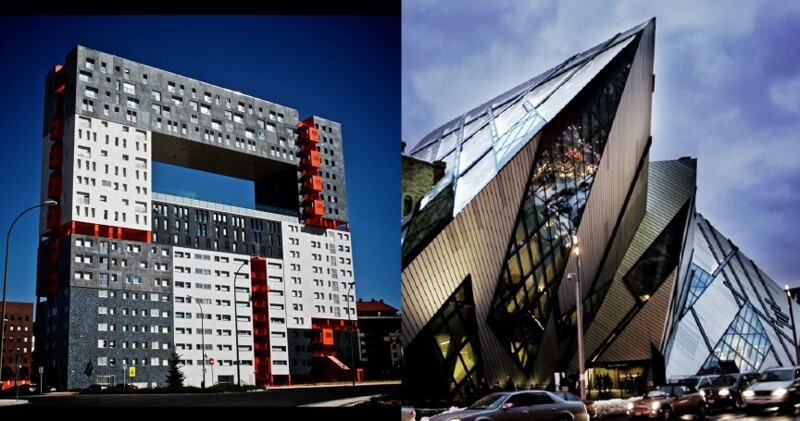 The 14 Ugliest Buildings In The World

18 sep 2015 12:58
Tags: building   ugly
0
15
The Carbuncle Cup, awarded to “the ugliest building in the United Kingdom completed in the last 12 months,” was doled out to the hapless recipient this year. Thankfully the Cup is bestowed upon an inanimate building so no one’s feelings are hurt; well, except the architect’s. The “victor” of 2015 was a building dubbed by Londoners as “The Walkie-Talkie” – real name 20 Fenchurch. The building has been known to burst nearby objects into flames, thanks to a concave face and a sky garden that has been referred to as “an airport terminal.” With such gleaming accolades, enough to burn a hole in it’s shining façade, below is a look at some of the world’s other structural carbuncles on the landscape! 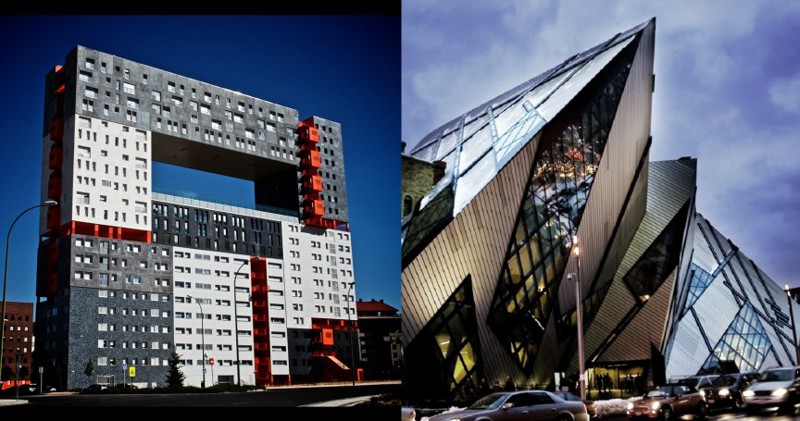 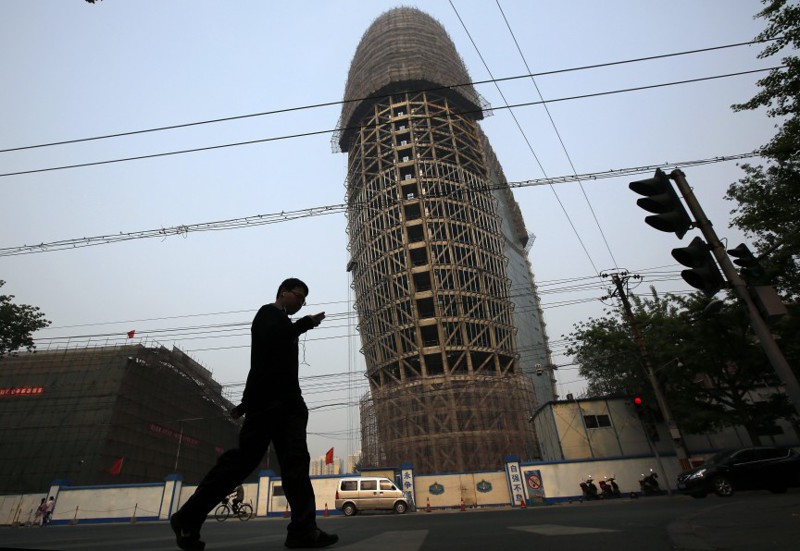 0
This is a building that should maybe have a NSFW warning attached to images of it! This structure, which houses the offices of the People’s Daily Newspaper in China’s capital, certainly makes a “proud” statement.

Penetrating the Beijing skyline, surely this building is a good example of perhaps the architect needing to take a step back, looking at the blueprints a bit more carefully and taking the time to consider removing the cap from this mushroom? China is at the cut and thrust of global economics and their modern renaissance may indicate they are not necessarily thinking with the brain department when erecting buildings… 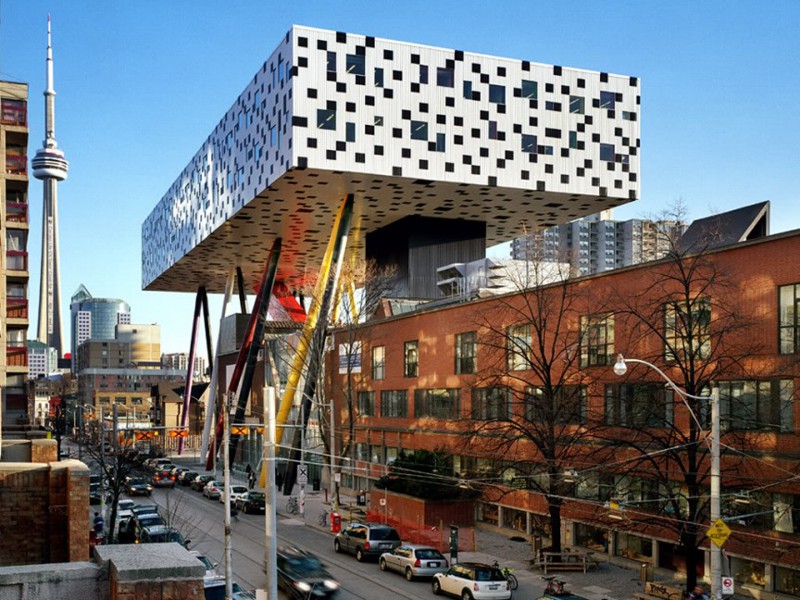 0
A rectangular block peppered with painted squares like a decimated Tetris game complete with pencils and other stick-like stationary for legs, this awkward building exemplifies being entirely out of place in it’s surroundings. This piece almost resembles a Star Wars war machine that’s been camped up!

Comprising the Ontario College of Art and Design, the far edge is lightly perched on an older building as though it rests from spreading it’s kitsch all over Canada’s biggest city. All art is definitely subjective, so you’d expect this from a building housing art students. Whoever was the architect’s muse was definitely on something when the inspiration came. 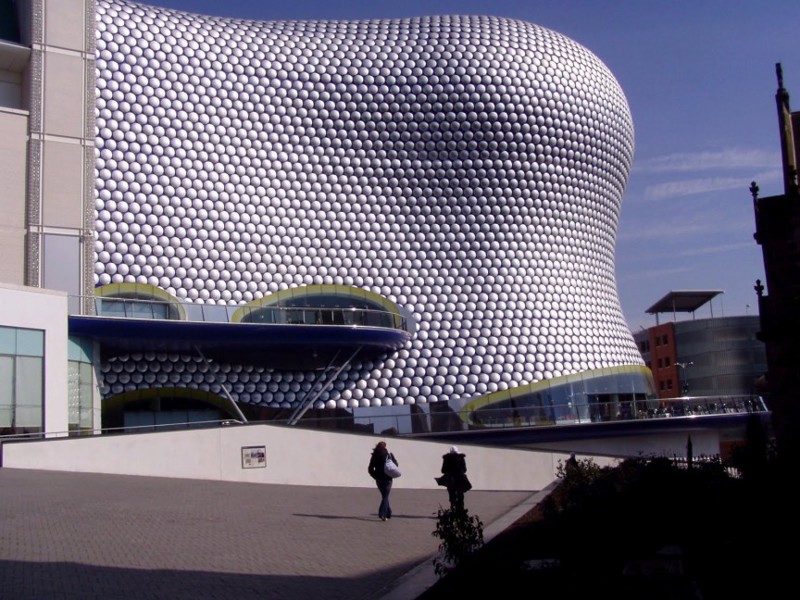 0
Swollen on the horizon in the Midlands of England is this lovechild of an alien overlord and a hoover. Growing bloated on the hard earned cash of Brummie (Birmingham) citizens.

The Bullring Shopping Centre has a been a bone of contention and an eyesore in Britain’s second largest city for some time now. Unless it resembles a cow’s stomach, the name Bullring seems a rather incongruous one. There must be a plausible reason for the name, as well as one for the design for this building. 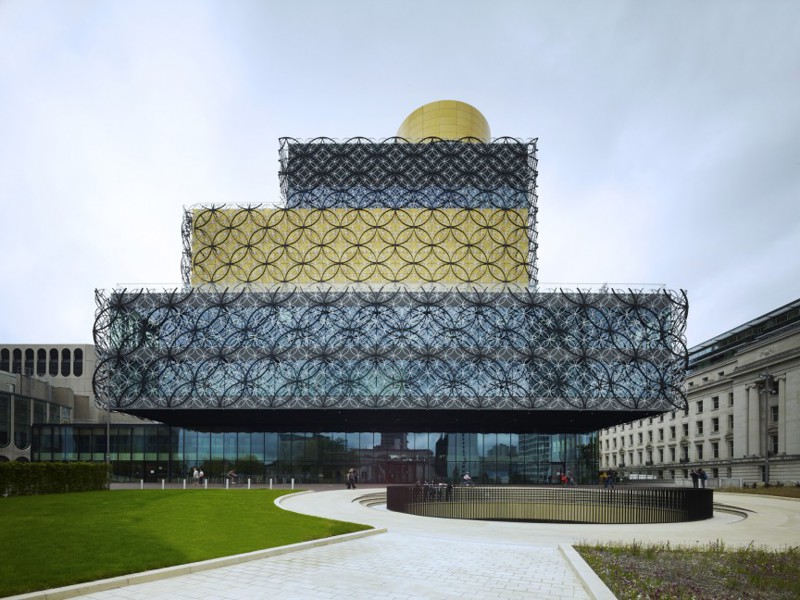 0
It seems the UK’s second largest city has a penchant for erecting buildings that are the most bizarre of headscratchers. Coming in at number 12 is a building that certainly is a dime a dozen: the Library of Birmingham.

A head turner for perhaps all the wrong reasons, it resembles the gift wrapping of some shop clerk with artistic tendencies wrapping your gifts in a store on Christmas. Whatever the story behind the designer’s thoughts on this building, it certainly won’t be a page turner. 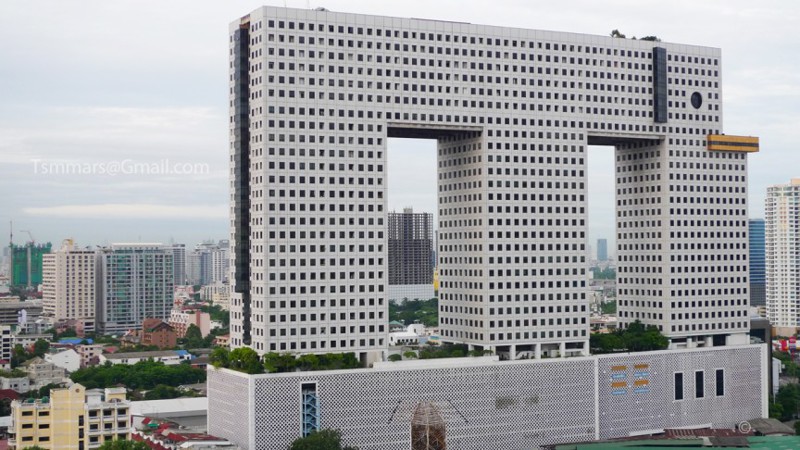 0
No one will ever forget this building when they see it. This high rise in Thailand’s capital does closely resemble an elephant minus the trunk. Yet it is one that seems to be rendered from a cheap 8-Bit arcade game from the 80s. One could almost imagine the poorly conceived beast lumbering up to the part of the building beneath that somewhat apes a podium in jerking, awkward motions. Then, having failed to load any further, it has rested there like a reject from the movie Pixels. Let’s just hope this doesn’t stampede any time soon… 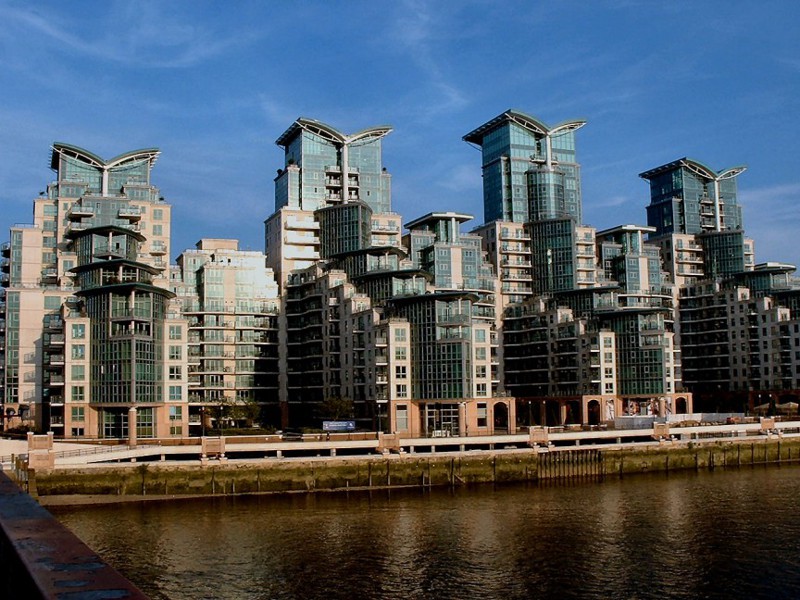 0
Marring London’s South Bank, this veritable cacophony of wing-topped spires and crazy stairways is quite inexplicable. The concentric levels of the towers parody either frozen birds in flight or colossal open books.

As for the curving parts of the building on differing levels, it merely appears to be an insane and inane scrabble into a vague attempt at a building. London has been known to be daring in contentious architecture, yet someone was really onto a double dare with this one. 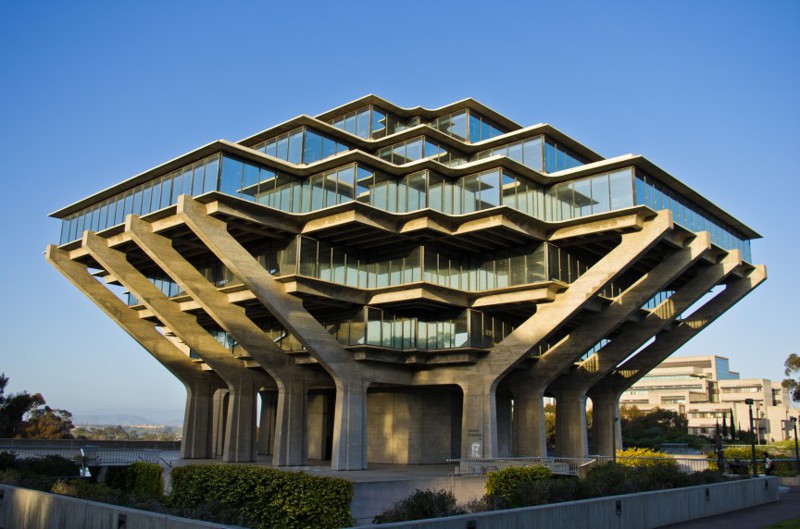 0
The west coast of America, home to Hollywood, can be notorious for edgy designs and being “Avant-Garde”, but this building – a condo cradled in a deformed shopping basket – makes one wonder how the designer of this structure graduated.

Bland color of the stone notwithstanding, it seems as though there was an attempt at creativity until the designer thought “meh.” A building housing reams of knowledge such as a library should be built to inspire. This, situated within a university, serves as a painful reminder to students of the heavy load of study and research that lies ahead of them. Hardly inspiring, is it? 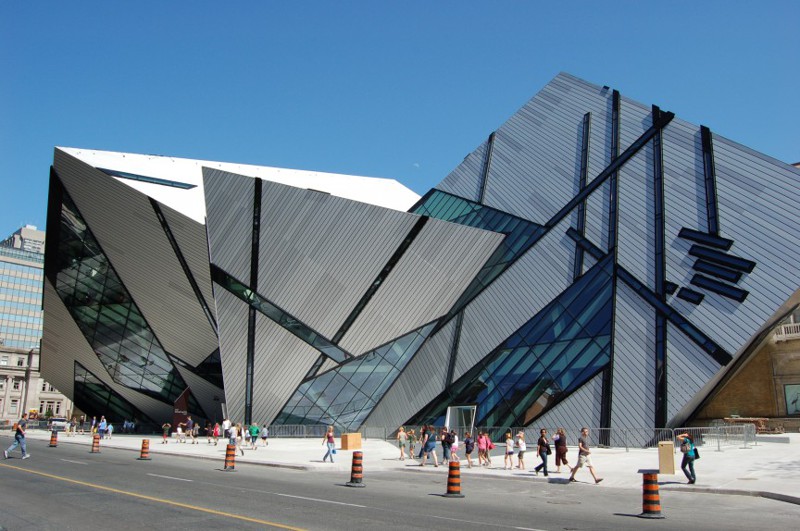 0
Just down the road from the building ranked #14 on this list sits this bizarre edition to the Royal Ontario Museum. Despite the alleged Canadian reserve, it seems to unravel entirely when it comes to design. Take a pick at what this building resembles: Superman’s Fortress of Solitude? A Transformer that has broken down mid-metamorphosis? Petrified debris from a meteor impact?

However it appears, it seems to be mirrored in the façade of the older building it’s latched onto. The older structure almost has a derisive: “ew! Get off me!” connotation written all over it. It is also a prime example that the passage of time does not always represent progress. 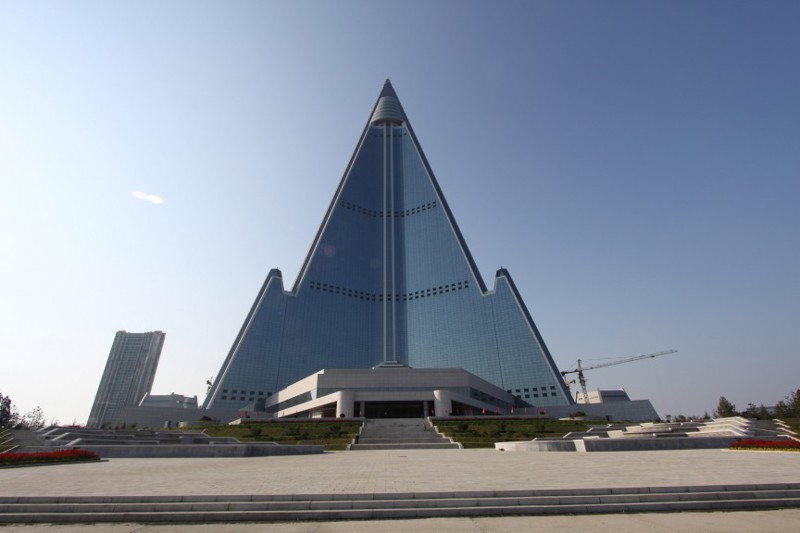 0
After construction began in 1987, 26 years of introspection never failed to diminish the blind ardor with which this was thrown up. Dubbed the “Hotel of Doom,” Ryugyong Hotel punctures the skyline of North Korea’s capital as a rocket shaped white elephant. The Draconian nation and regime has almost nowhere near enough the influx of tourists to justify the size of such a hotel.

Moreover, such establishments are supposed to be welcoming in their demeanour, the archetypal “home away from home.” Instead, this more or less shares many similarities with the stronghold of a comic book super villain… so does Kim Jong-Un, for that matter! 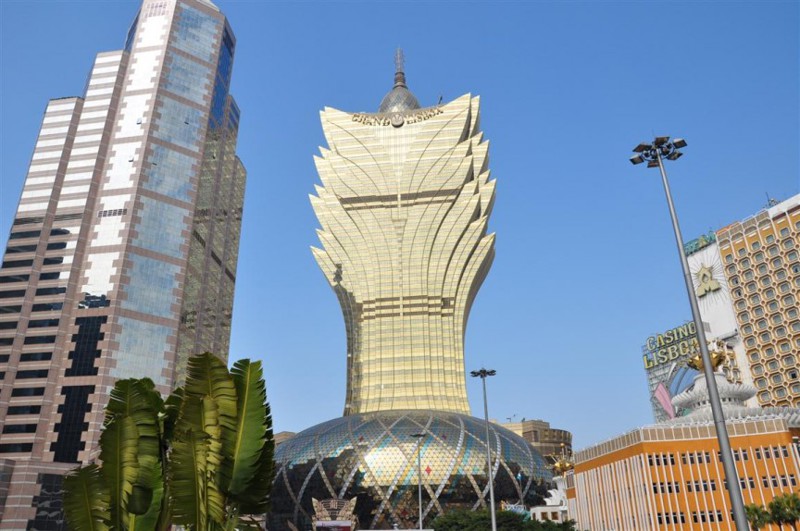 0
Straight out of lunatic ramblings, this hotel near Hong Kong is all kinds of bizarre! It ostensibly resembles a psychedelic egg pierced by some giant budding flower. Perhaps the architect has some designs on a grand war erupting between flora and fauna for domination of our planet? Though maybe this is a good lesson of how someone is paid too much money and has too much time on their hands. Who knows?

Who knows what this has to do with the Portuguese capital, either. It’s one of the many rhetorical questions stacked upon the initial inquiry of: “why was this thing built in the first place?” 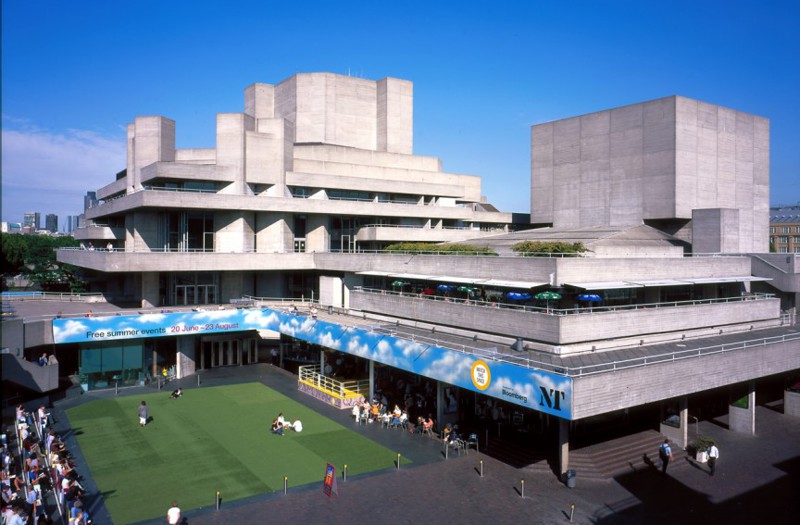 0
One would think a nexus for the theatrical arts should clearly have more panache and flair. Instead, the structure was built in the 70s, where many things suffered from a style bypass. Also, it was a time where packaged freeze dried goods (like concrete) were dumped across landscapes with abandon.

None of these are more emblematic than The Royal National Theatre on London’s South Bank. More a multi-storey car park than a hub for the stage, this melodramatic tragedy of design should have never had any limelight. 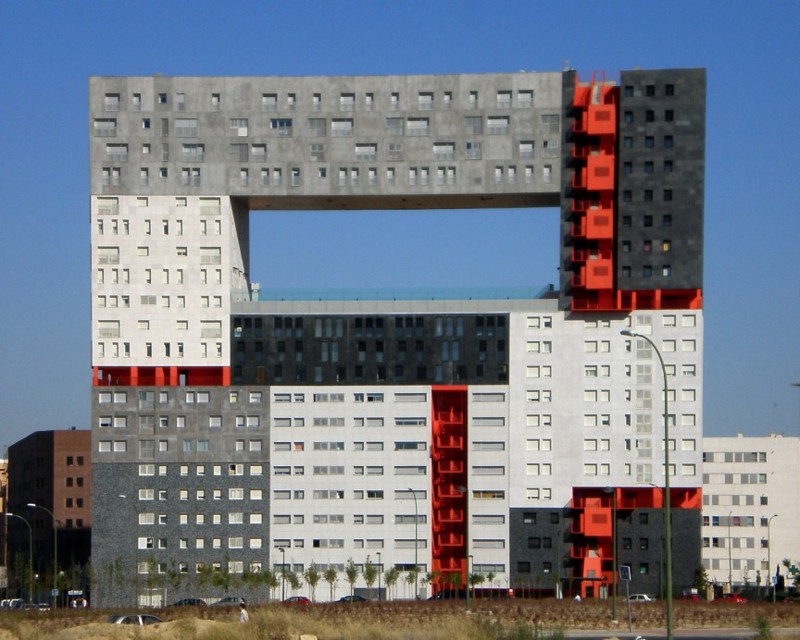 0
Whoever designed this seriously needs to reconsider their career path and whoever commissioned this design must have been briefly out of their minds! Did the team behind this have kids and just watched those kids play Lego? It appears to have been thrown together at the last minute to poke fun at the Spanish capital’s sky line. 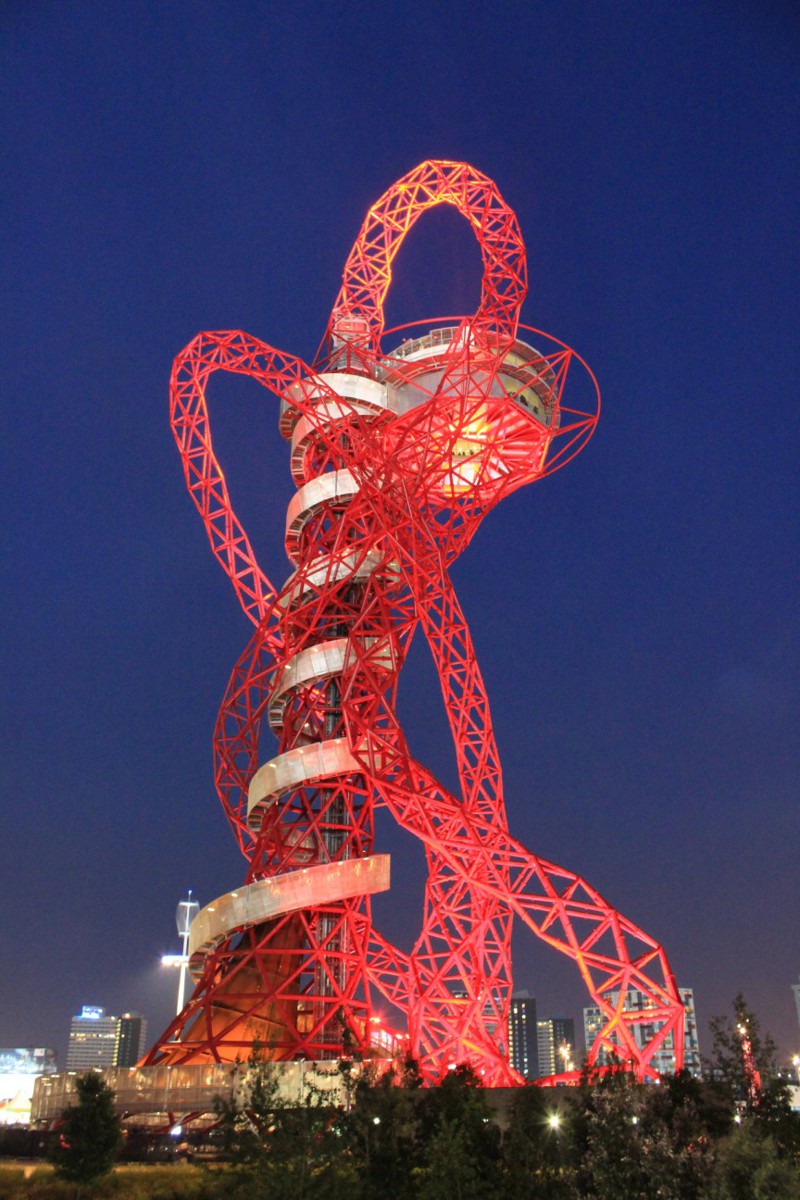 0
Marring the London Olympic Park in Stratford, east London, the Orbit Tower is a lesson in sometimes not everything deserves a sporting chance. It looks as though a giant has tried to make a passable snake’s skeleton and wrapped it around some concrete leftovers, or a rollercoaster has crashed into a tower. Either way, this is a deserving number two on the list. 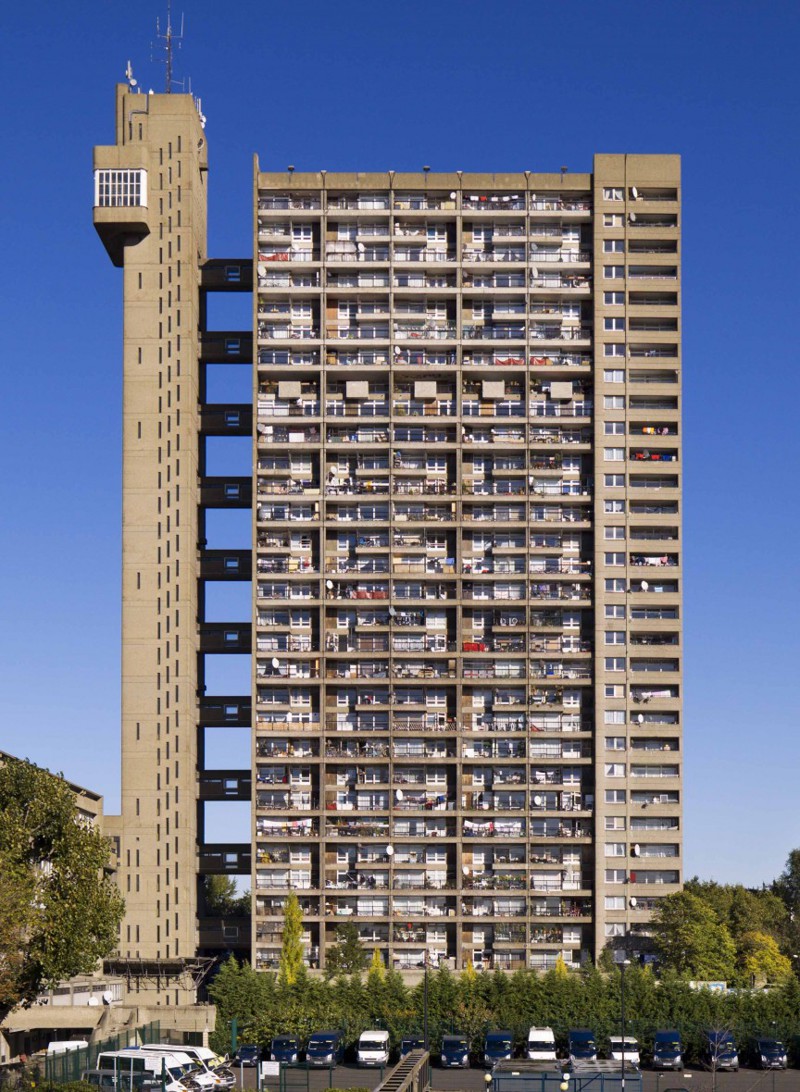 0
Crowning the list, it’s back to London. Ironic that a city claiming to have streets “paved with gold” is dotted with the odd eyesore here and there. Spoiling the opulence of its nearby surroundings in the Borough of Kensington and Chelsea, Trellick Tower is a residential high rise building that more resembles an industrial plant or hastily built military facility rather than a place for people to live. But for all it’s ugliness, there seems to be an odd charm about the bleak and depressing edifice.

Tags: building   ugly
Новости партнёров
What do you think about it
0  comments
Newest first
Best first Oldest first
Show all
Show more (from _)