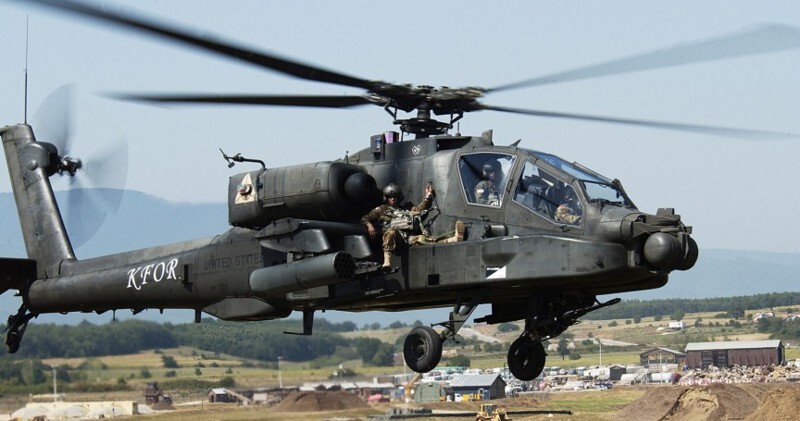 The 11 Most Badass Military Vehicles

25 sep 2015 11:57
Tags: military   vehicle
0
12
Would you love to fly an Apache helicopter? Soldiers need to be able to ford all kinds of obstacles and their vehicles, be they truck, bike, plane or boat, need to get them where they need to go to get the job done. Some vehicles are designed to tackle any job, while others were made for a specific purpose. This list is a collection of some of the coolest military vehicles used by forces around the world for the last century. 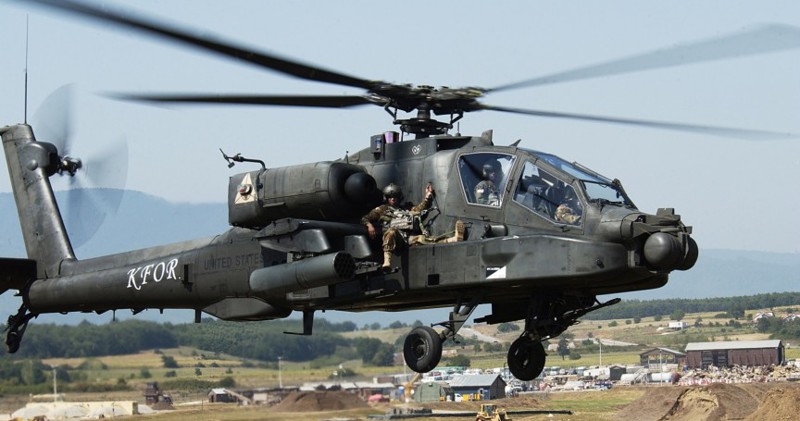 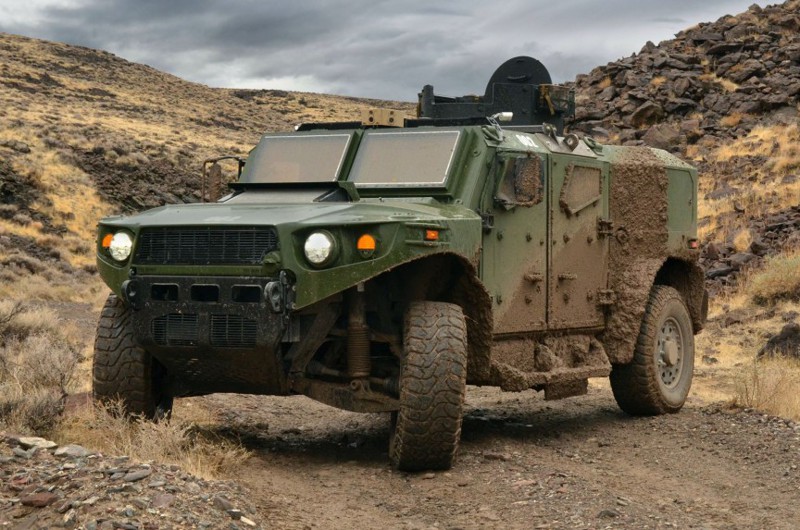 The battery means the vehicle can run longer missions between refuels and conduct silent watches. Reconnaissance help aside, this is a step in the right direction given rising fuel costs. Assuming the vehicle works out and would get produced in reasonable quantities, the price per unit would be very cost-effective, at around $250,000 each.

At this point, the hybrid soccer-mom SUV with armor for the modern soldier is still a concept rather than a reality, but TARDEC is taking steps in the right direction with this winner. 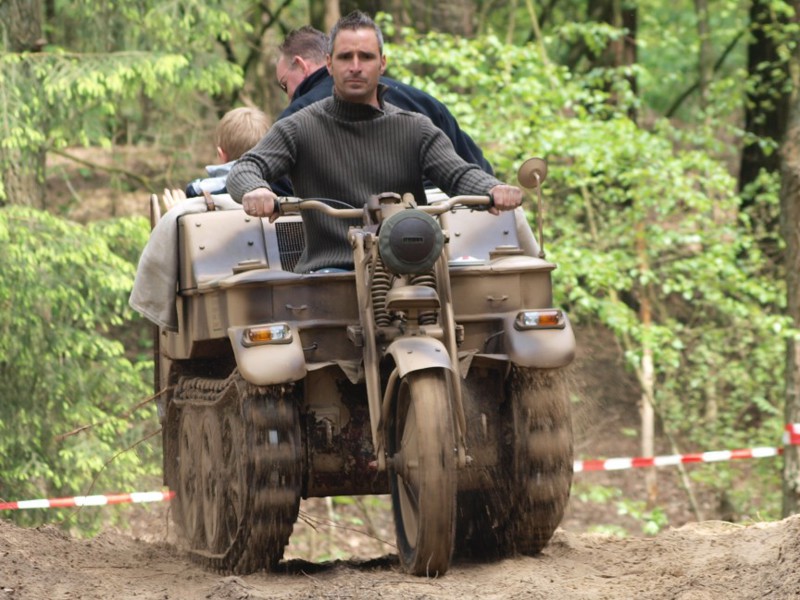 0
The Kettenkrad, or “tracked motorcycle” was a gunnery tractor developed in Germany from 1939-1948, used during WWII. With handlebars, the driver would steer while the intricate and overlapped layers of wheels would turn within the tracks. Essentially, it was a small tank-bike.

The front wheel could be removed in harsh terrain when the tractor would run in a slow trudging gear – for example, through Soviet Russia’s muddy fields – but it could also get up to speeds of about 44 mph (or 70km/h).

A popular choice nowadays for hobby restoratives and rebuilders, the Kettenkrad was mostly used in its heyday to shuttle cargo and troops but was small enough to fit in an aircraft’s hold. Despite its practical use and potential, the track-wheel-on-a-bike idea hasn’t stuck around. 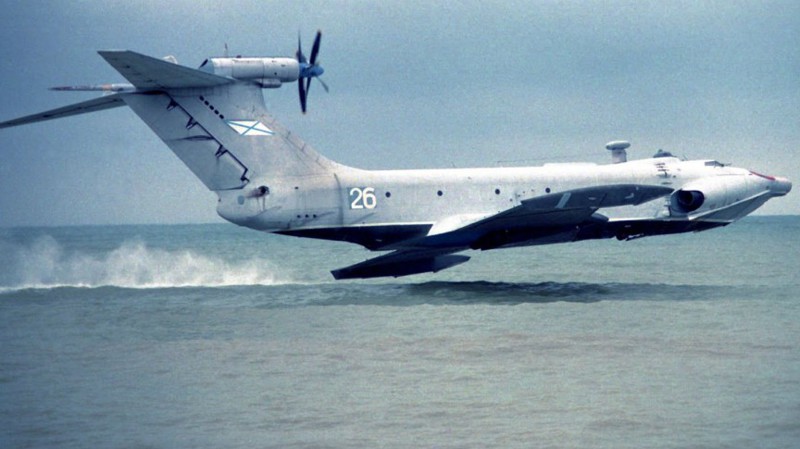 0
Another way to remain fuel efficient is to take advantage of certain aerodynamics. For planes, sticking close to the earth helps create “ground effect” where drag forces decrease and lift forces increase. That’s the concept behind the Caspian Sea Monster, a plane built in Russia in the 1960s. It was supposed to fly extremely close to the ground, between 15 and 30 feet above, to create a cushion of air to lift it. The giant could still reach top speeds of over 300 mph.

The Caspian Sea Monster crashed in the ’80s due to pilot error and was never recovered from its watery grave due to its sheer weight – over 150 tons – and size. Despite being a top project during the Cold War, Russia seems to have given up on ground effect flight. 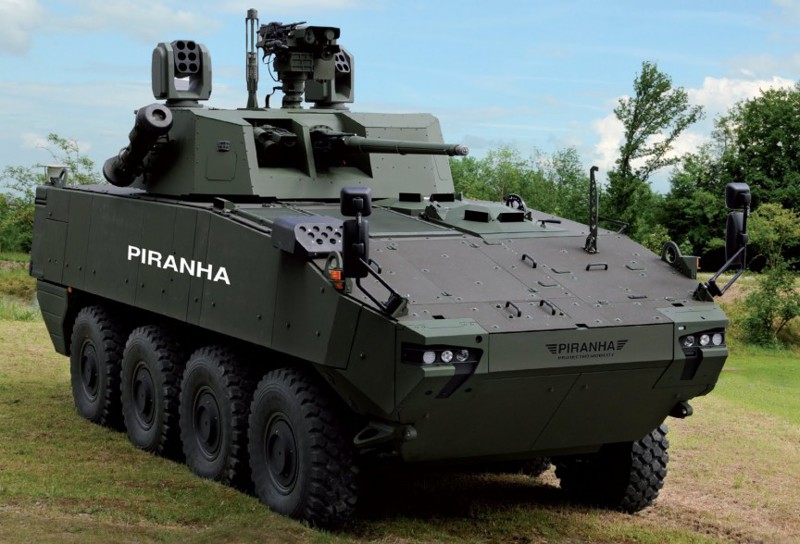 0
Made in Switzerland to British demands and coveted by the Danish Army, the Piranha V is the purest tank on this list. Even though it has eight wheels and no tracks, it meets every requirement needed on the front line. Many Piranha tanks are already in use in Iraq, Afghanistan and almost 20 other countries.

Most of the updates to the Piranha include better mobility and traction and increased size and space. This means better comfort for everyone inside, which means better luck with what’s going on outside. To better adapt to new situations, the Piranha has a wide array of electronic components including secure radios and combative computer systems. The tire pressure can be electronically adjusted depending on road conditions.

With a 600 hp engine, this tank is tough. It can get over 60 mph on roads. The Danes agree, this is the tank that will protect our troops and carry them into the future. 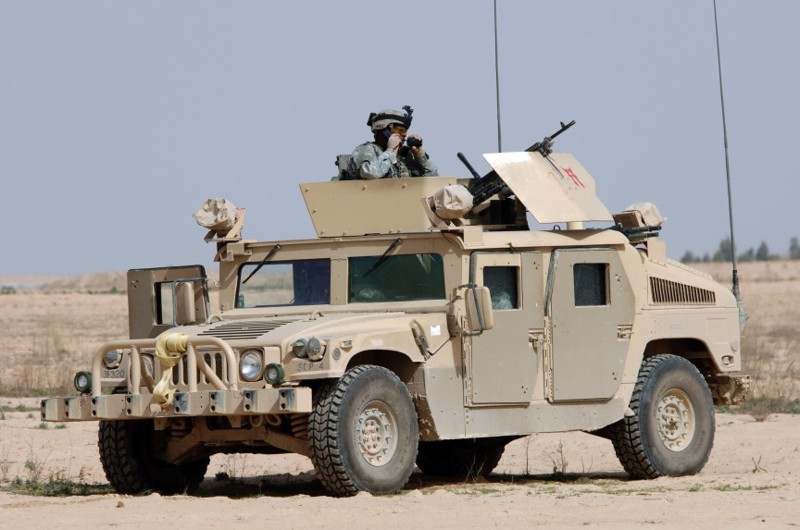 0
It would be a travesty to make a list of military vehicles and not even mention the greatest thing on wheels since the Jeep itself. Since 1989, when the Humvee was first deployed to Panama, it has been America’s answer to every vehicle question. A jack-of-all-trades, this vehicle has been upgraded several times to carry troops all over, from the Gulf War to Somalia and Afghanistan and Iraq.

The Humvee’s body is made of lightweight aluminum which means even at maximum weight it can still go over 55 mph to get the job done. It’s a versatile body that can be modified to suit any situation, with variations as ambulances, air support vehicles or missile carriers. It can go anywhere to solve any problem, hence its profound employment across the globe. The Army and Marines have over 300,000 Humvees operating today.

When deployed, the Humvee was great for navigating rough terrain and maneuvered around obstacles. However, with the prevalence of IED attacks in Iraq around 2006, the lack of armor proved treacherous. Quickly, kits were added to help protect soldiers, but the bulk and weight of the new armor took its toll. This doesn’t mean the end of the Humvee though, as the fleet is planned to be in service through 2050. 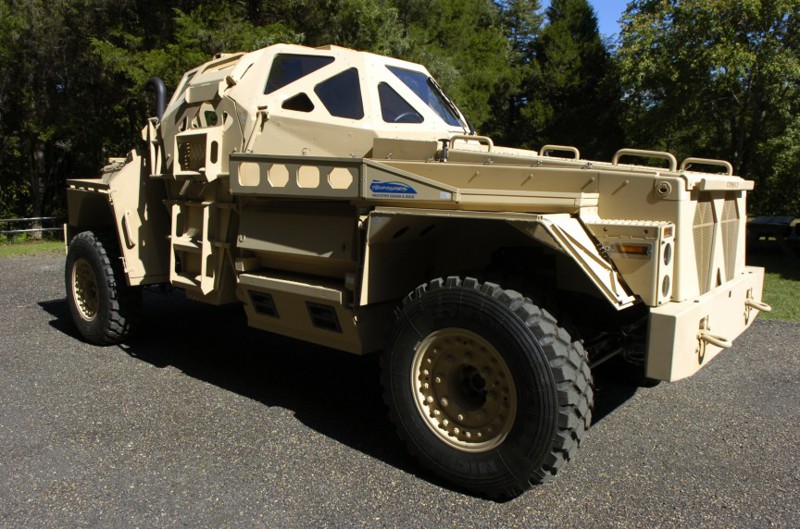 0
Built on the old chassis of a Ford F-350, this Armored Patrol vehicle was designed by the Georgia Tech Research Institute in 2010 and includes designs developed by NASCAR engineers. The US Office of Naval Research funded several projects to improve vehicles on the front lines and this included testing designs built on commercial truck chassis built to suit military roles.

The Ultra AP needed to be able to survive all the situations that the older Humvee wasn’t designed for, including taking fire and withstanding blasts from improvised explosive devices (IEDs). With a crew pod shielded by steel construction, the six-person team inside is safe from rocket-propelled grenades, IEDS and other explosions.

Consider the passenger pod like the roll cage in a Nascar racer: Using tubular steel, the compartment keeps everyone within fully protected. The undercarriage of the Ultra AP also features a crumple zone shield located there to take the brunt force of any damage in a blast.

With a turbo diesel engine, five-speed transmission and engine power of 350hp, this truck is certainly strong enough to haul its armor and its cargo anywhere it needs to get to. Plans are in the works to come up with a hybrid option of the Ultra AP as well. 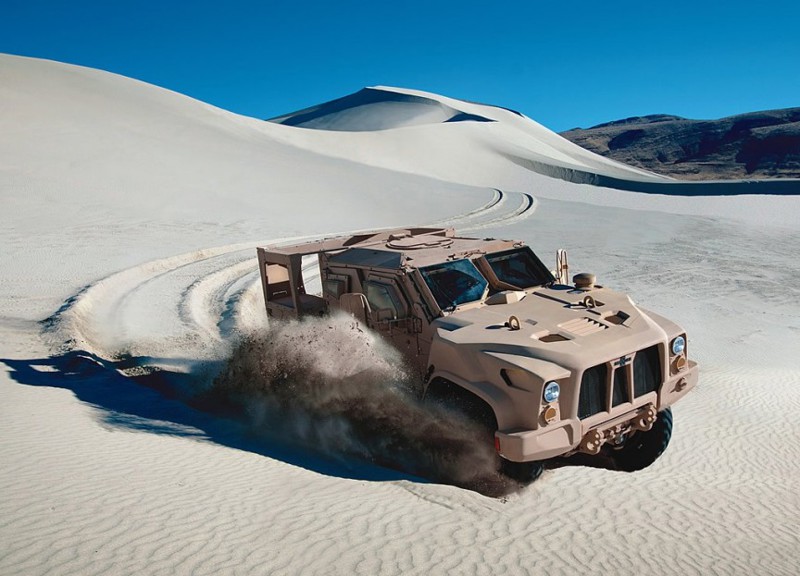 0
Last month it was announced the Oshkosh L-ATV won the contest for the US Military’s new joint light tactical vehicle contract, worth up to $30 billion. Based in Oshkosh, Wisconsin, the company won the largest Army contract in recent memory and beat out Lockheed Martin and AM General.

More than 50,000 L-ATVs will be built for the Army and Marine forces, planning to roll out in 2018. Until then, the L-ATV’s slower, heavier cousin the M-ATV will run as the mine-proof vehicle of choice.

The search for a stronger replacement for the Humvee came about after the number of IEDs being deployed against them in Iraq.

Running in at up to 70 mph (about 110km/h) is the fully-protected L-ATV to save the day. The L-ATV is a sign of the ever-evolving needs of our troops and the changing art of warfare. 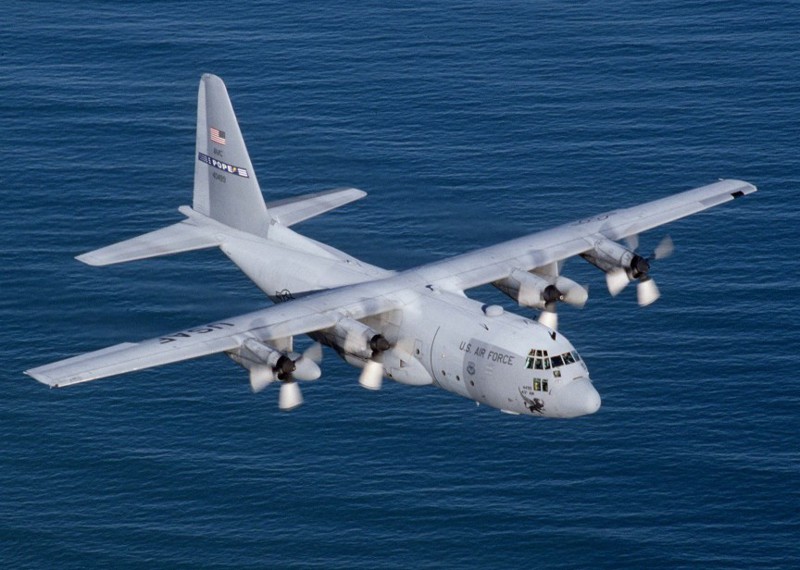 0
Lieutenant Colonel Edgar Allison, USAF, set the world record for longest circle without landing in a prop plane like the Hercules in 1972. He flew 8,732 miles from an air base in Taiwan to Scott AFB in Illinois. His record still stands over 40 years later.

A variety of models of Hercules aircraft fly today, produced by Lockheed Martin since 1959. Most notably suited for search and rescue operations thanks to its long-range abilities, the HC-130 can also serve as an aerial refueling vessel.

The concept of refueling while in flight is a marvel. So far, only military vessels refuel while in the air. This tactic has helped save tons of time and money in large-scale operations. Many of the Hercules’ refueling targets are other search and rescue vessels such as helicopters.

Some HC-130s are used to drop paratroops and para-rescue forces as well as maritime rescue. The HC-130H is also used to extinguish forest fires. They really are saviors of the skies. 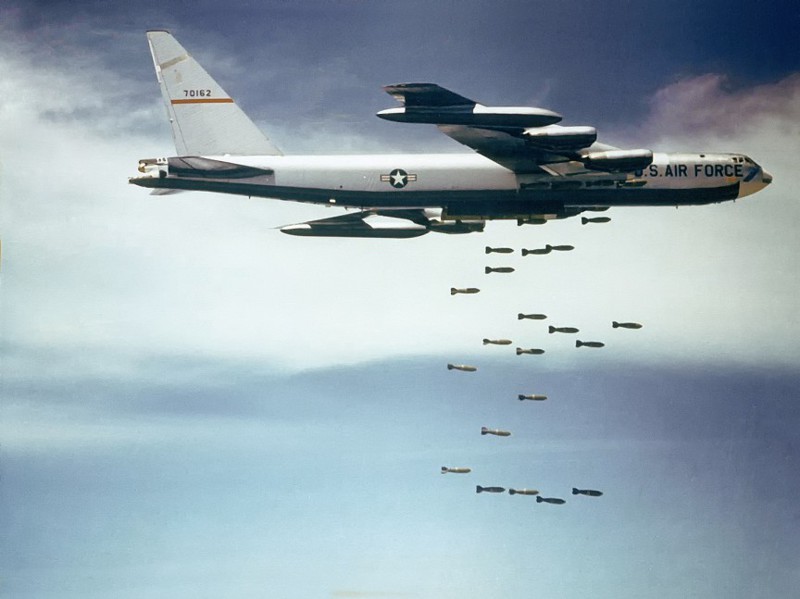 0
If a single plane could be a metaphor for endurance it would be the B-52. Drinks, bands and hairstyles are all named for this iconic vessel. There are pilots flying these craft today who’s fathers and grandfathers flew original planes back when Boeing launched them in the 1950s and ’60s.

Then, it was ahead of its time and even today it’s still an economical and essential choice for a bomber. The US Air Force plans on keeping B-52s in service until 2045, which means they’ll have been in the air for over 80 years – amazing when you think of the advances of technology and of air travel since then.

This big-belly monster of a plane can carry up to 70,000 lbs of ordnance meaning it can lay down huge swaths of destruction. Along with current tech additions of computers and target systems, this sky tank is a force to be reckoned with. 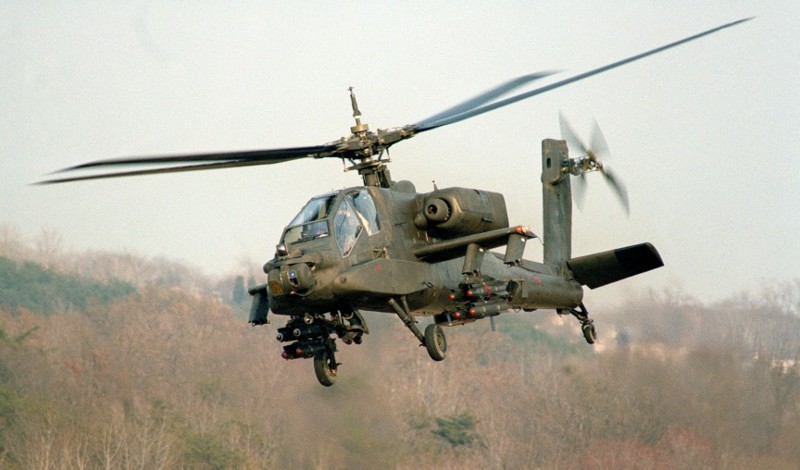 0
Probably the most popular military helicopter and the vessel to which all others are compared, the Apache is in everyone’s recurring flying dream. It’s been around since the mid-1970s and still a popular craft in several countries today, including Egypt, Japan, Israel, the UK, and the US, which bought more than 800 of the original AH-64A units. It can reach a top speed of 182mph or 293km/h.

In 2012, the US Army took its last AH-64As out of service to be rebuilt into AH-64Ds by Boeing in Mesa, Arizona. The biggest addition in this block upgrade is the sensor package: this helicopter can track up to 12 targets, engage fire on 16 simultaneously and share its findings with other Apaches and ground units, meaning all units can fire on a target even if only one Apache can detect it.

Coupled with engine upgrades, this makes the AH-64D almost unstoppable. (If only by its successor, the AH-64E Guardian Apache, which has longer-ranged radar and increased speed and power. The US plans on rebuilding some AH-64D units to AH-64E in the future.) 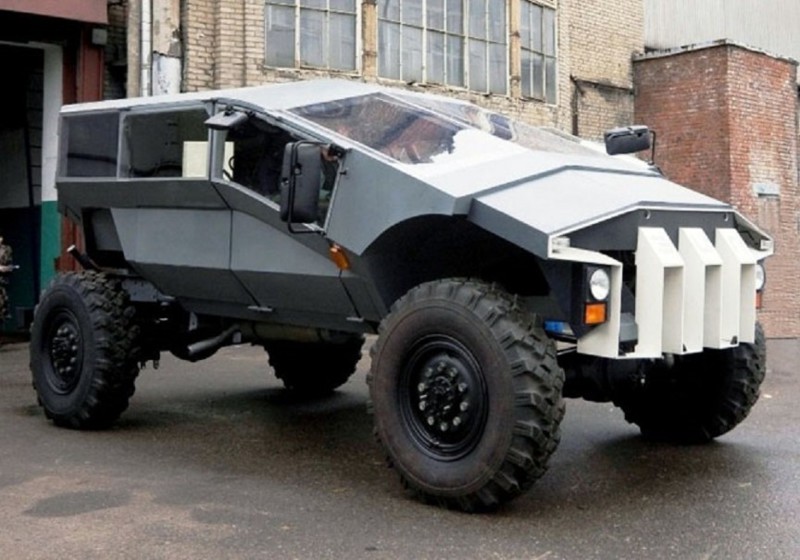 0
The Russians have made troop transportation as terrifying as ever with the Punisher. Based on the chassis of a Humvee, the body was designed to be intimidating with its harsh angles. Though it looks like something that rolled off a Mad Max set, it comfortably seats 10 and the Russian government has already rolled some of these units out onto the streets in their Federal Security Service.

Almost reaching 100mph, or150 km/h, the Punisher is supposedly one of the fastest armored vehicles in use today, but due to its weight, 12 tons, it chugs fuel, getting just over 2mpg. So even though it can deflect .30cal bullets and run through marshes on its four large tires, the Punisher’s fuel rate is almost five times worse than similar armored vehicles. Despite how evil it may seem, looks won’t get you very far.

Tags: military   vehicle
Новости партнёров
What do you think about it
0  comments
Newest first
Best first Oldest first
Show all
Show more (from _)