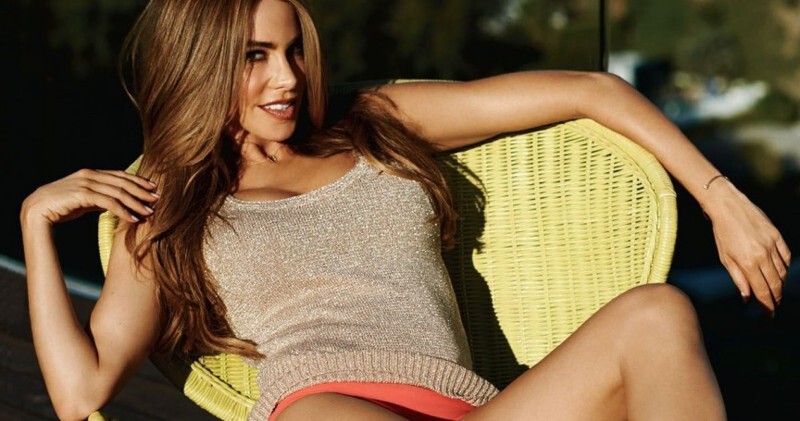 30 sep 2015 11:06
Tags: age   celebrity   latina
75
14
What makes a Latina woman so attractive and ageless appears to be a mystery. For the women listed here, there are many different factors, but they all have one thing in common: they do not seem to age. Many of these women seem to work non-stop, while others appear to love the outdoors. The ladies listed here are famous not only for their beauty, but also for their talents and philanthropic work that they do for the rest of the world. It seems like these women have found the fountain of youth, because they are almost all over the age of 40, but yet some still look like they are scarcely past the drinking age. 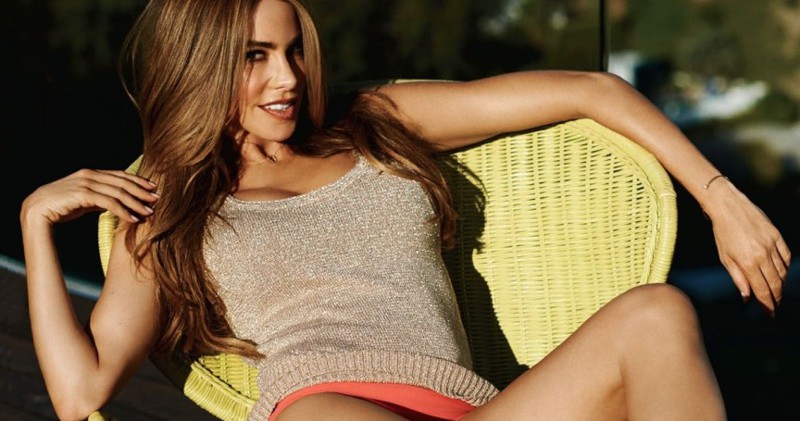 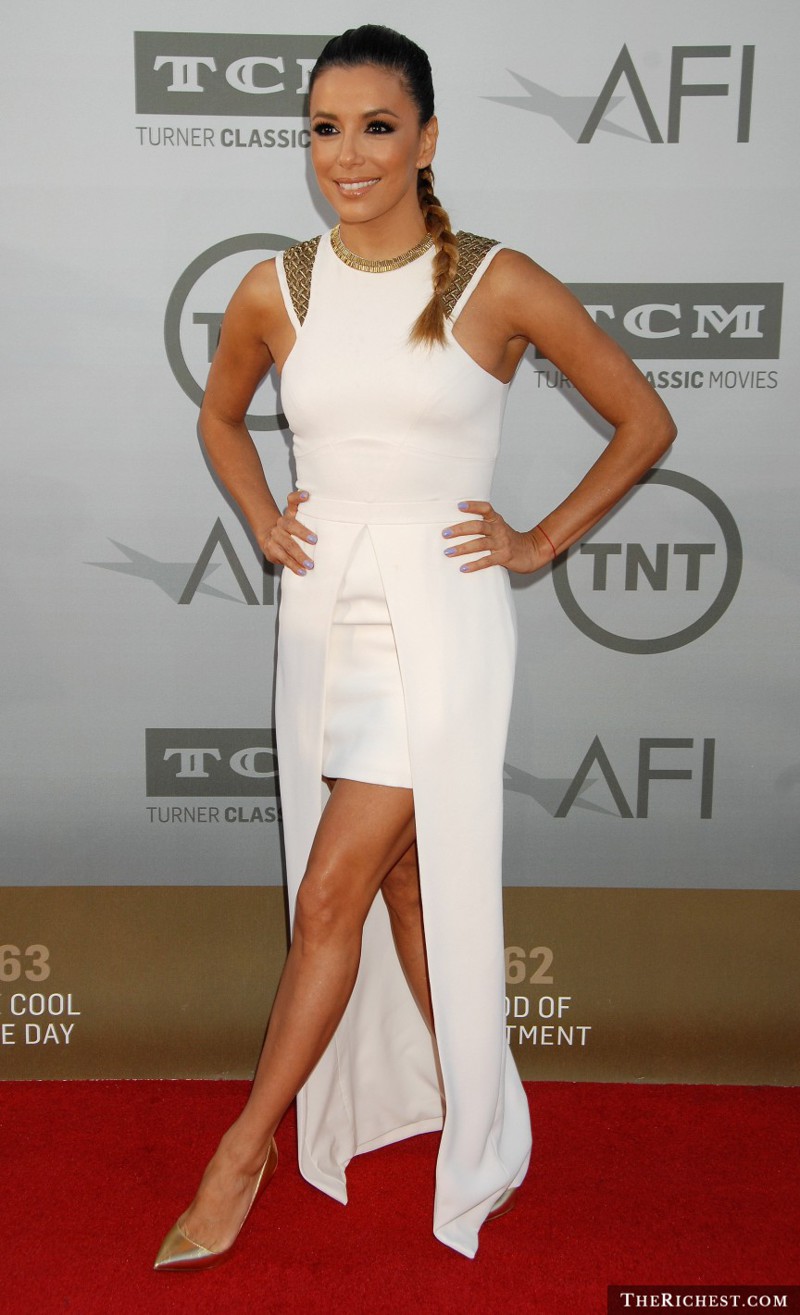 0
If you watched Desperate Housewives when it aired on television, then you should know the name Eva Longoria. Eva played Gabrielle Solis; the beautiful Latina woman who had random flings with the young, good-looking gardener, and had a difficult time staying faithful to her handsome husband.

The beautiful actress was born on March 15, 1975, which makes Eva 40 years old. Eva began her career in 1998, when she was awarded the title of Miss Corpus Christi, and has been working practically non-stop ever since. She has not only been seen on television and movies; Eva has also produced many shows, been a director and is also a philanthropist. Currently Eva has her own business, too. Maybe the secret to looking so young is to stay insanely busy, since she doesn’t appear much older than when she first started out almost two decades ago. 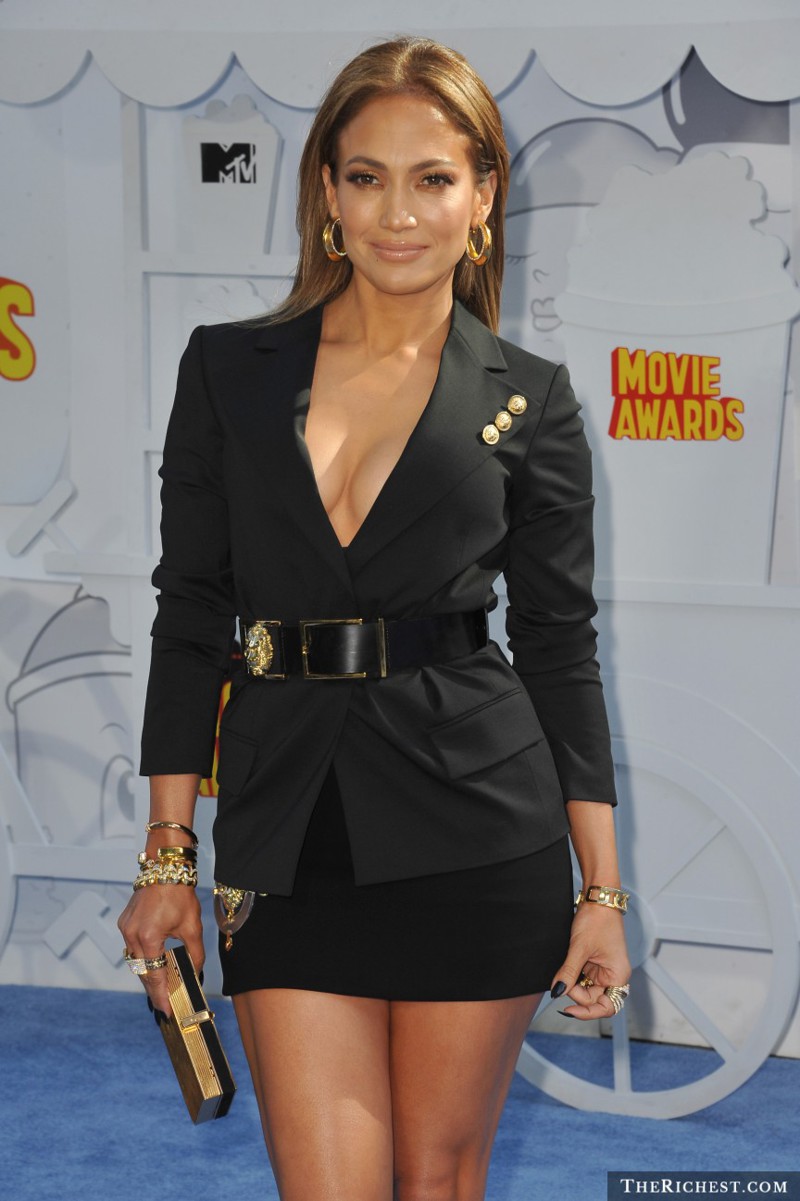 0
Very few celebrities over the age of forty are well known among the young. With that said, just how old do you think J-Lo might be? 25? 30? Being one of the original Fly Girls on the show, In Living Color in 1991, the beautiful actress decided to start an acting career two years later when she was just 23 years old. This makes Jennifer Lopez 46 as of July 24, 2015. Being born to Puerto Rican parents must have its advantages, since Jennifer seems to have found the fountain of youth. She is also an actress who tries to stay busy; she is a singer, dancer, model, producer, author, and is heavily involved in charity work. Oh, and did I mention that she is a fashion designer, as well? Jennifer has been on the cover of Vogue Magazine numerous times. 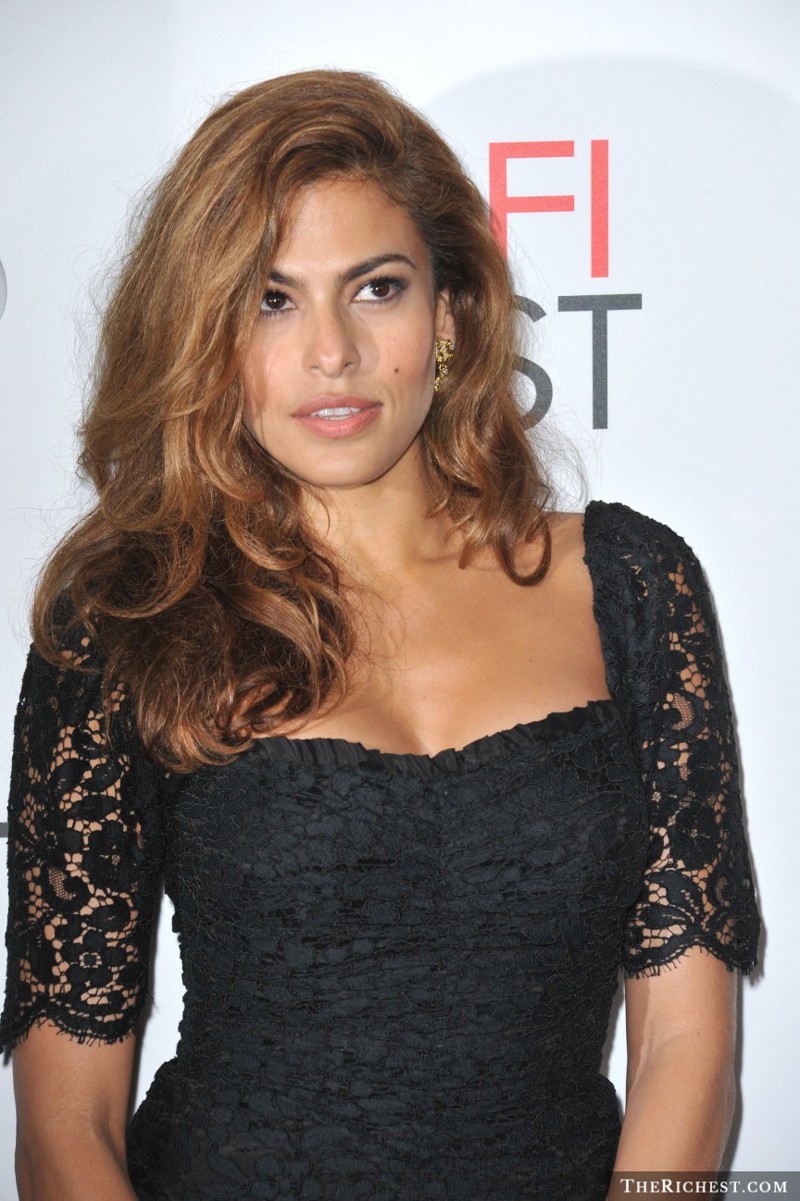 0
If you have a child with one of the sexiest men in Hollywood, who just so happens to be almost seven years younger than you, then chances are, you are sexy, as well. Eva Mendes recently celebrated the second birthday of her daughter with live-in boyfriend, Ryan Gosling. She has been together with Ryan since 2011, when they met on the set of Place Beyond the Pines; and even though they have not officially announced it, there are rumors speculating that the two may possibly be engaged. Eva was seen wearing a flashy engagement ring (or what appeared to be) at a red carpet event back in July 2015. Eva was born in 1974, which makes her 41 years old. 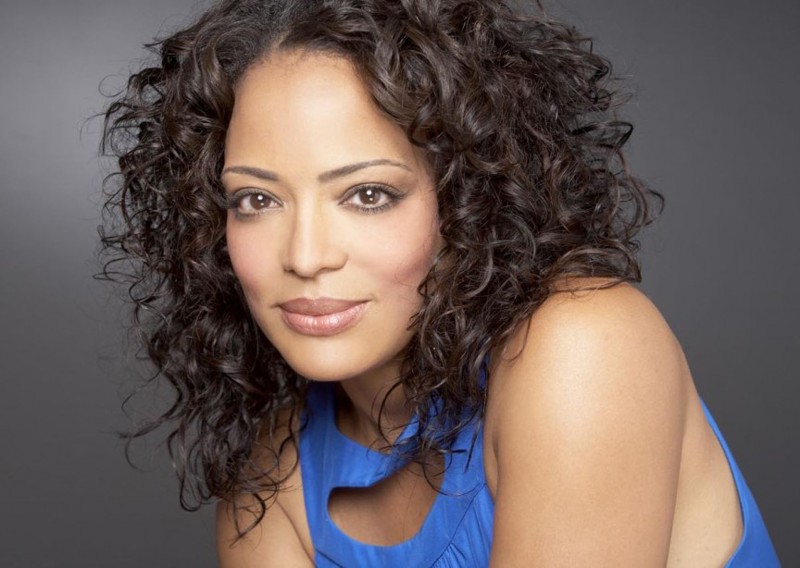 0
Fans of the television show Dexter, remember the strict, yet beautiful captain of the police force, Maria LaGuerta. If you didn’t watch that show, then you may know Lauren Velez from other television series’ such as Oz, New York Undercover, or as the nurse who assisted Betty’s father in Ugly Betty.

Lauren was born and raised in Brooklyn, New York, along with her seven siblings; which includes an identical twin sister, Lorraine. Her twin is also an actress, and the family moved from Puerto Rico in the 1950s. Both sisters were born November 2, 1964, which means that they are 50 years old. 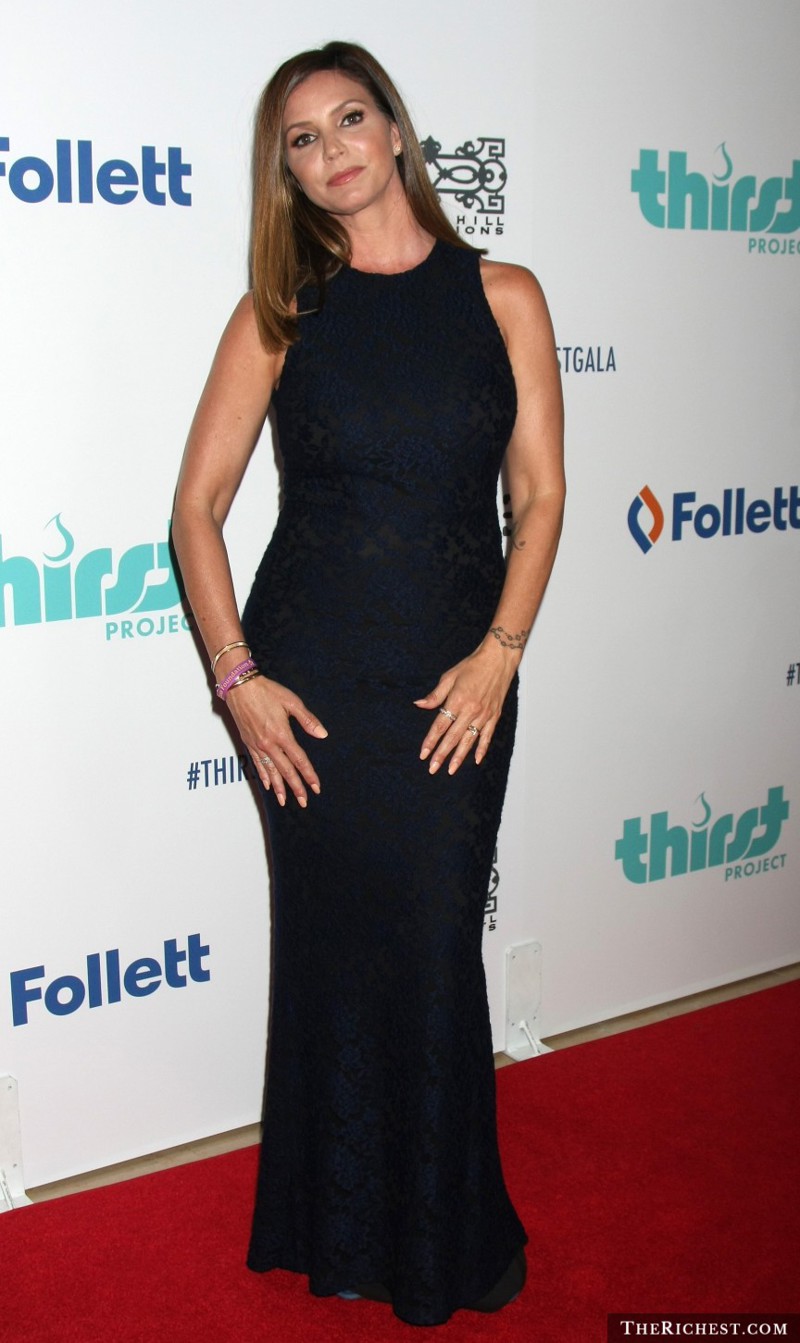 0
Charisma Carpenter was born on July 23, 1970. She started out her career as a cheerleader for the San Diego Chargers, but was more interested in acting. Charisma was in several commercials during her younger years, and performed in the theater while looking for the perfect role. Charisma appeared for a short time in television shows; such as Malibu Shores, and one episode of Baywatch, but is commonly known for another role she played in two separate programs. She played Cordelia on Buffy the Vampire Slayer, as well as the same character on Angel.

Charisma has been in more television shows recently, and loves to be outdoors. Some of her hobbies are roller blading, hiking, rock climbing and horseback riding. She also loves to skydive, but was told that it wasn’t such a good idea if she wanted to continue in the acting business. Perhaps the al fresco life is what is keeping this 45 year old looking like she is still in her 20s. 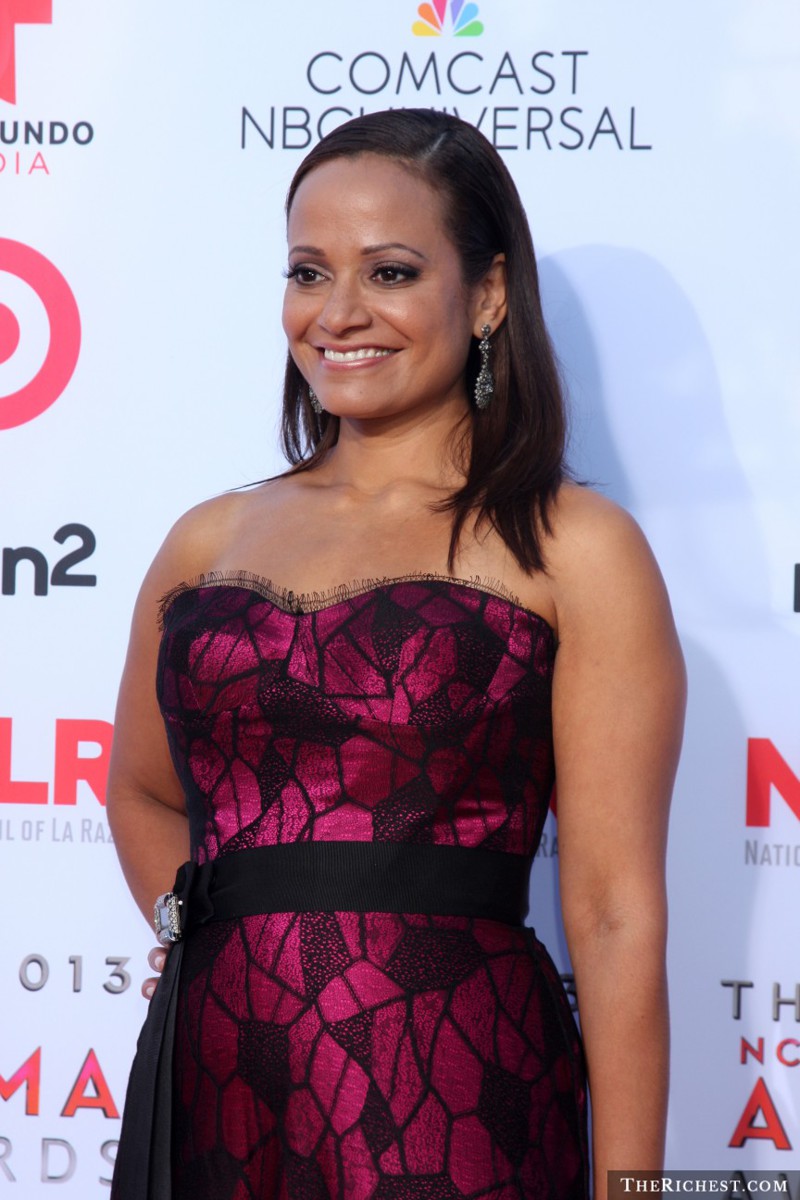 0
From 2001 through 2009, Scrubs was one of the funniest television shows that were on at the time. Judy Reyes played Carla Espinosa, a nurse on the series during the entire run of the show. She now plays Zoila Diaz on a different show that appears on the Lifetime network, called Devious Maids. She may be fifteen years older than she was when Scrubs had first aired, but the 47 year-old actress barely looks a day older than she did in her thirties. Judy is another woman on this list who also has a twin sister who is an actress. She was born in New York, and has had numerous roles in other television shows. 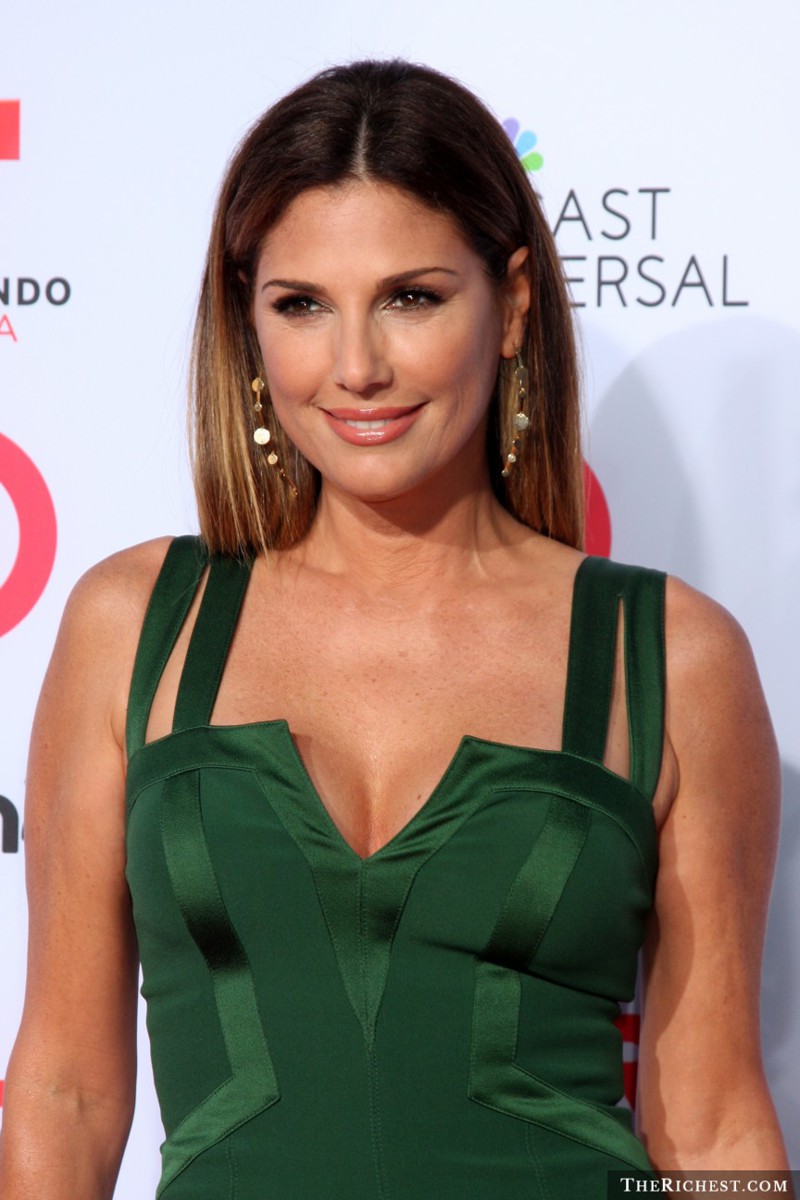 0
Born in Cuba, then moving to Spain at just three years old in 1969, Daisy Fuentes was a natural Spanish speaker. It wasn’t until she moved to New Jersey with her family that she learned English, and she was able to absorb the language by watching the I Love Lucy television series. Daisy started out her acting career as a weather girl for a local news station, and has been showing off her gorgeous Latina smile ever since.

Daisy was the first Latina spokesperson for Revlon, and has been modeling, acting and hosting many shows throughout her 48 years. This includes hosting MTV (back when they played music), America’s Funniest Videos and many other shows on television. 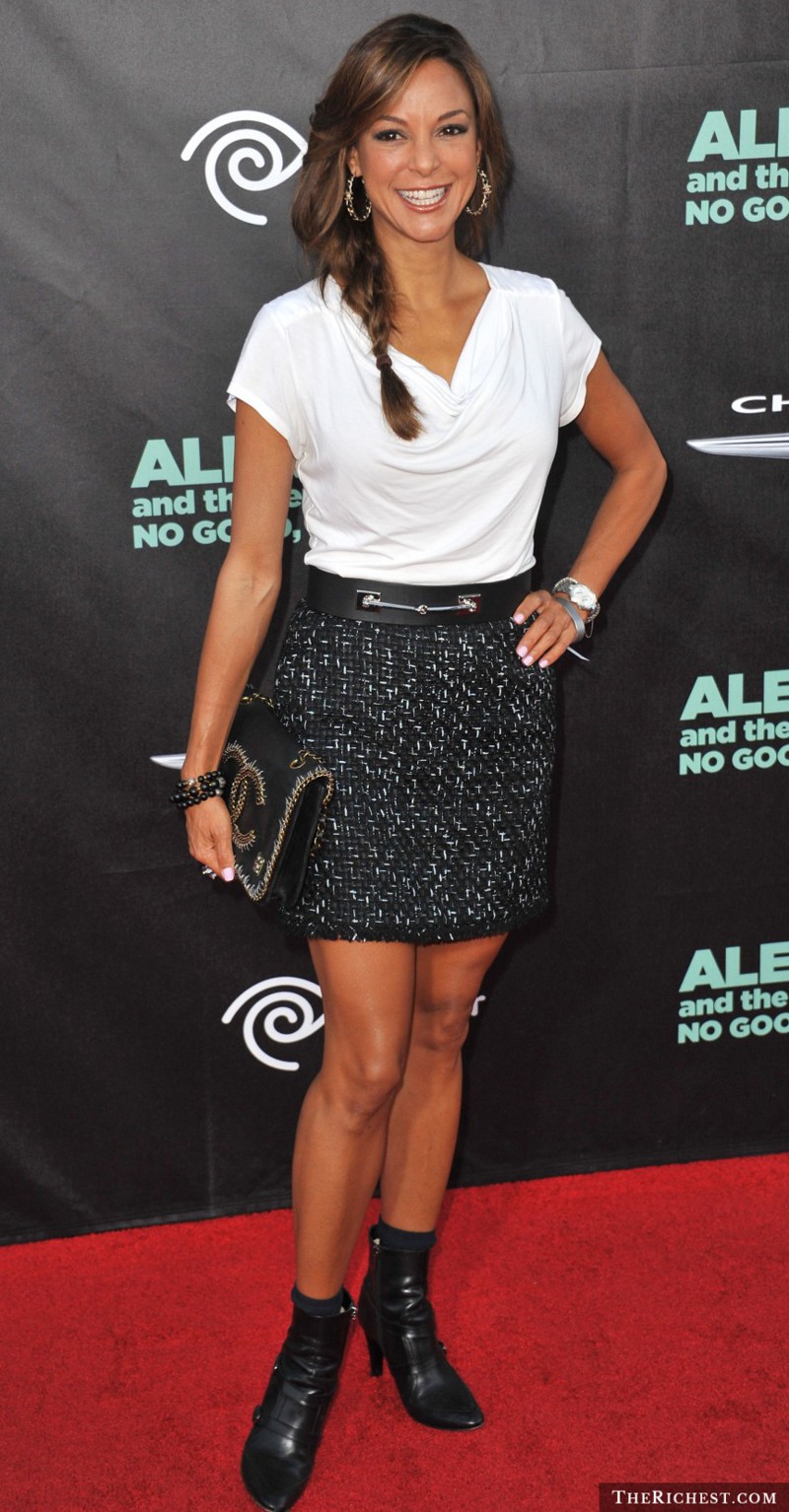 0
The name Eva LaRue may not ring a bell, but for fans of the late soap opera All My Children, Dr. Maria Santos might sound familiar. That is because she was on the show for many years, even winning an Emmy, before it ended in 2011. From 2005 until 2012, Eva played a detective on CSI: Miami, and has had other smaller roles in movies and television shows for decades. It is said that Eva looks better at 48 than most women do in their twenties. This is another woman who enjoys the outdoors and likes to stay in shape. 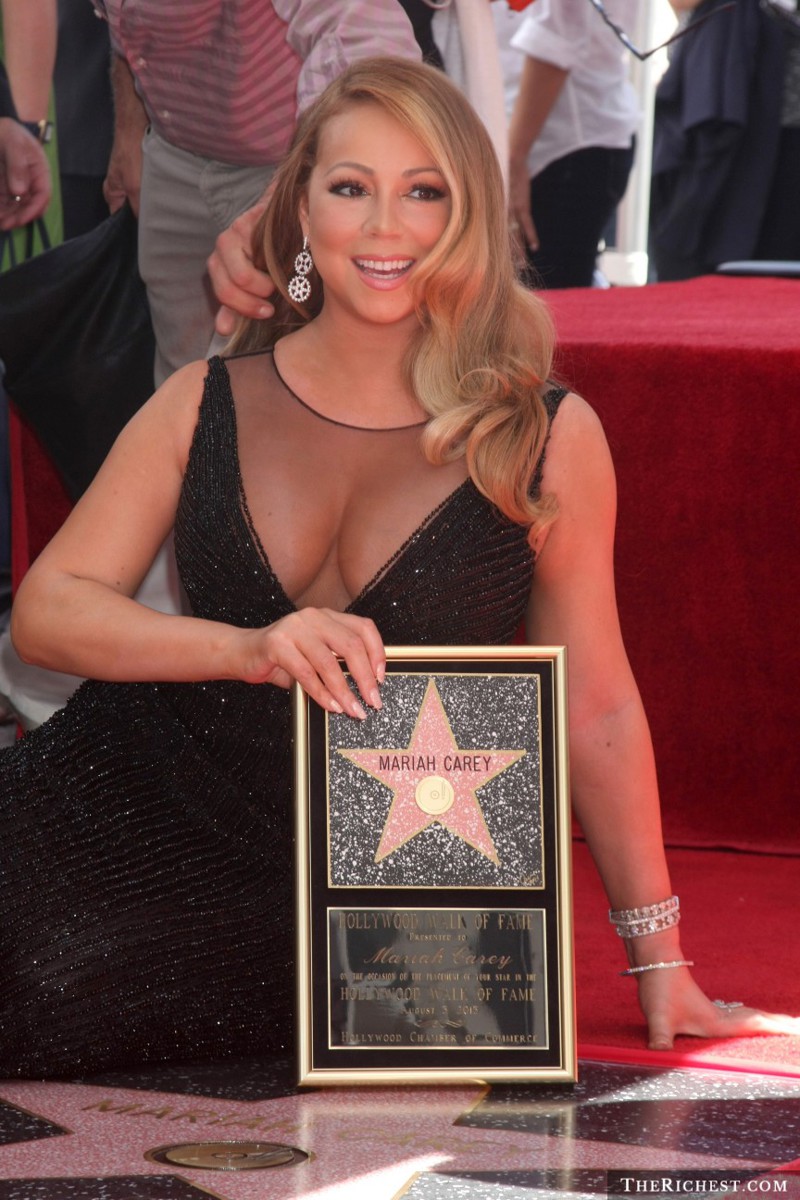 0
Mariah Carey turned 45 years old on March 27th, 2015. Let me state that again: Mariah Carey is 45 years old. If you have seen her lately, chances are that you won’t believe it until you actually look up her birthday for yourself. The beautiful singer has been releasing top-of-the-chart hits since her debut album in 1990. Since then, she has recorded so many records that she was once hospitalized for exhaustion. Mariah is not 100 percent Latina; her mother is Irish, which is actually another group of people known to look years younger than they really are. 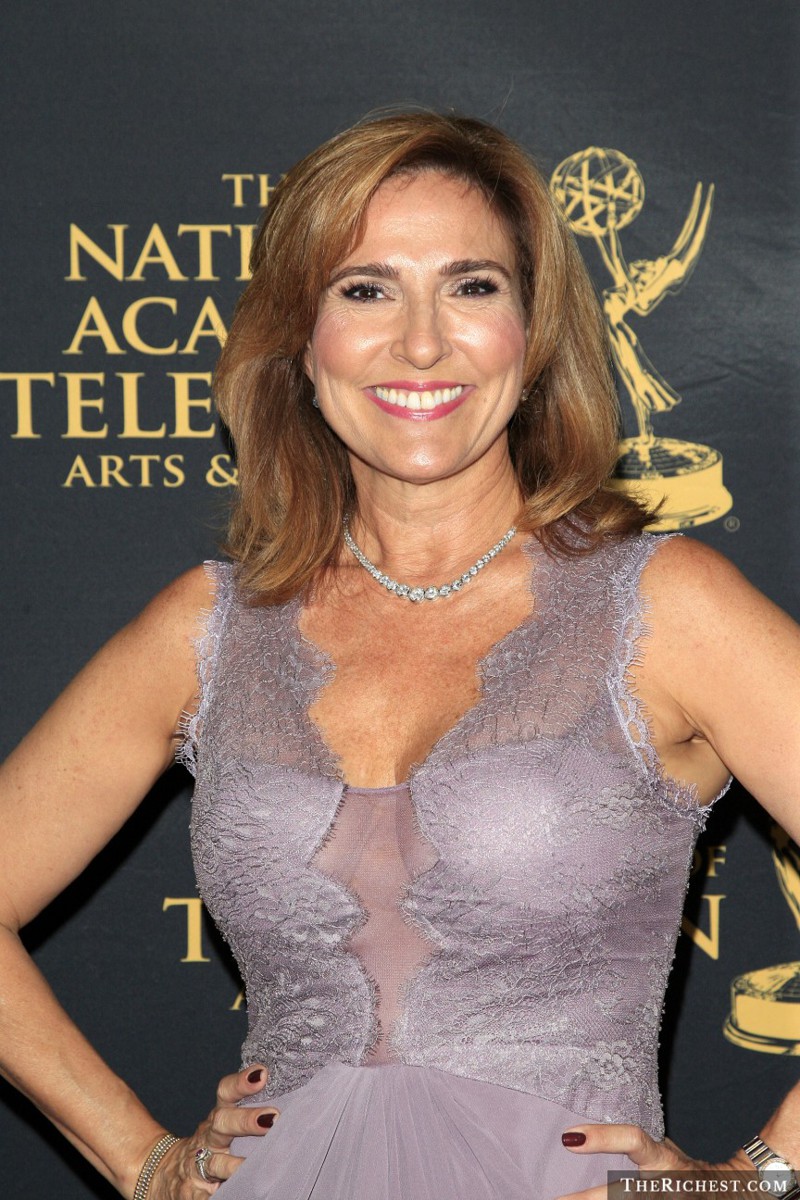 0
If you think that an extremely young-looking Latina cannot be intelligent as well as beautiful, then you have never seen The People’s Court. This show has come a long way since Judge Wapner was in charge when the show debuted back in 1981. Judge Milian never dreamed that she would be hosting the series that she used to watch in college at Georgetown, but has been presiding over the court since 2001.

At 54 years old, the only Latina ever to have hosted a court television show, Judge Marilyn has been invited and appeared on other television shows such as Ellen, Rachael Ray, Jimmy Kimmel Live and Dr. Oz, just to name a few. She has also been known to be the legal correspondent for news networks over the years, such as CNN and HLN. 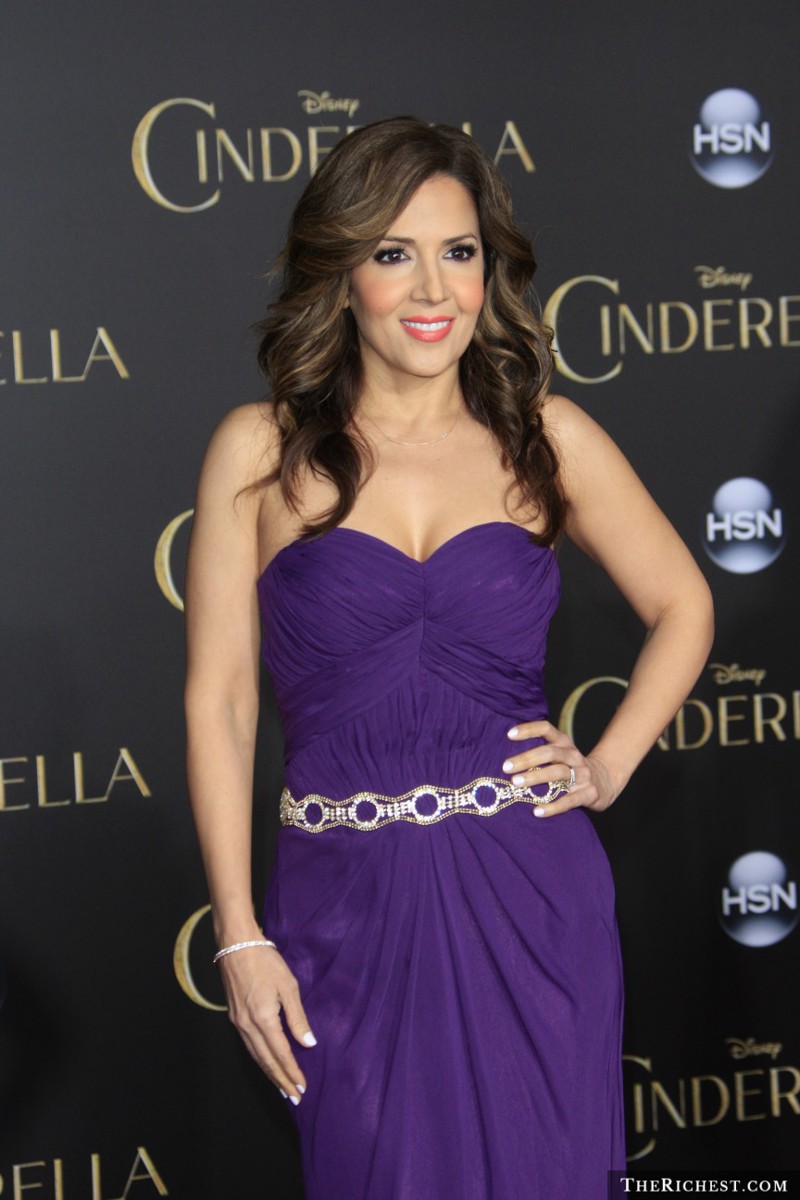 0
For fans of the previous sitcom, Wizards of Waverly Place, the first name that comes to mind is Selena Gomez. That is understandable, since she has gone on to make a career for herself by singing and dancing her way to stardom (in addition to acting). If you watched the show, then you may remember her mom, the mere mortal who looked extremely young to be a mother of a sixteen year-old who was always causing trouble. Maria Canals Barrera played the part of Theresa Russo on the Disney television show from 2007-2012, and currently continues to act in other shows and movies at almost 49 years old (yet still looks too young to be the mother of a teenager). 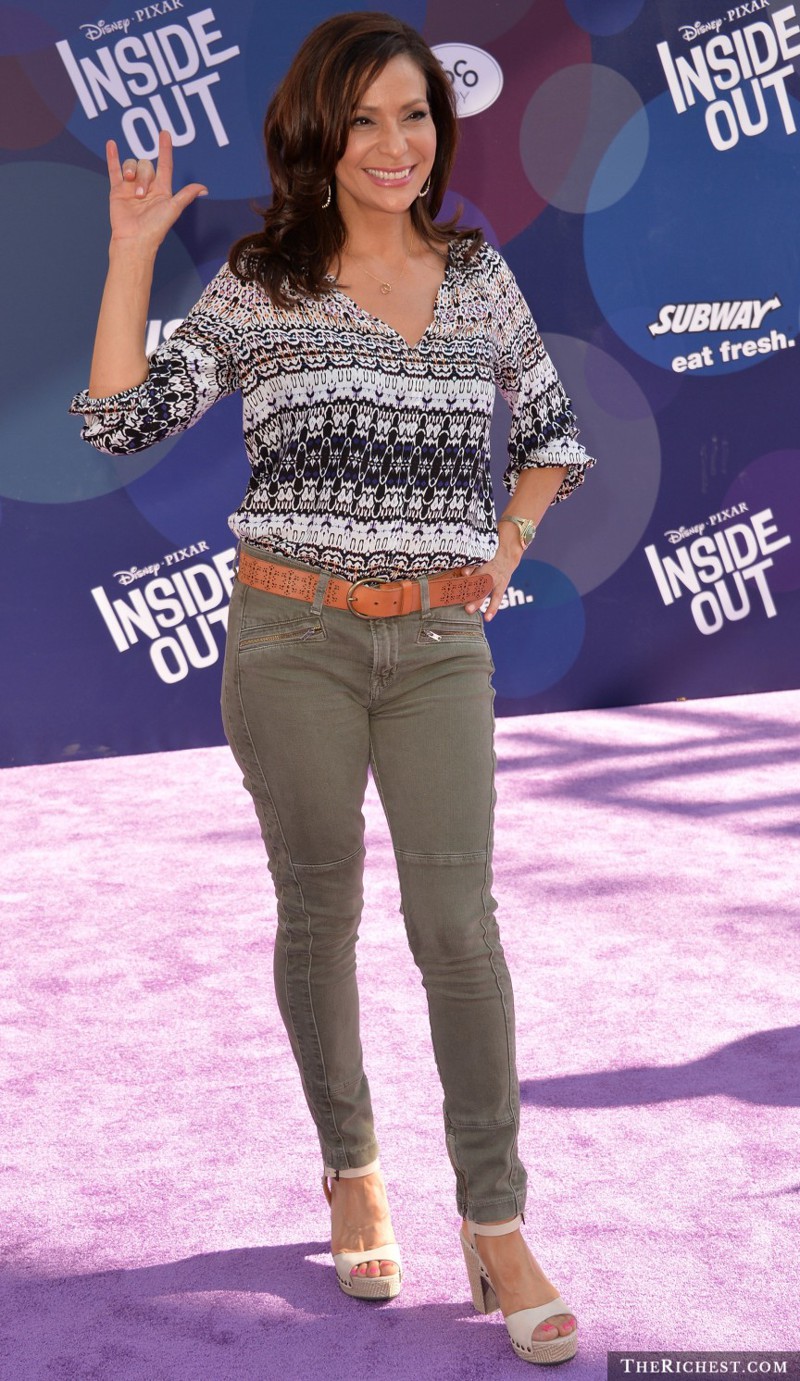 0
At 50 years old, Constance Marie has teenage daughters and a four year old. She states that she is an “older” parent on her webpage, but she does not even appear to be much older than a teenager, herself.

Constance is mainly known for her role as the mom on George Lopez, but is also known for her acting skills on the shows Switched at Birth, According to Jim and Ally McBeal. She was also in the movie Selena from 1997, in which she looked almost exactly the same as she does now. How is that even possible? 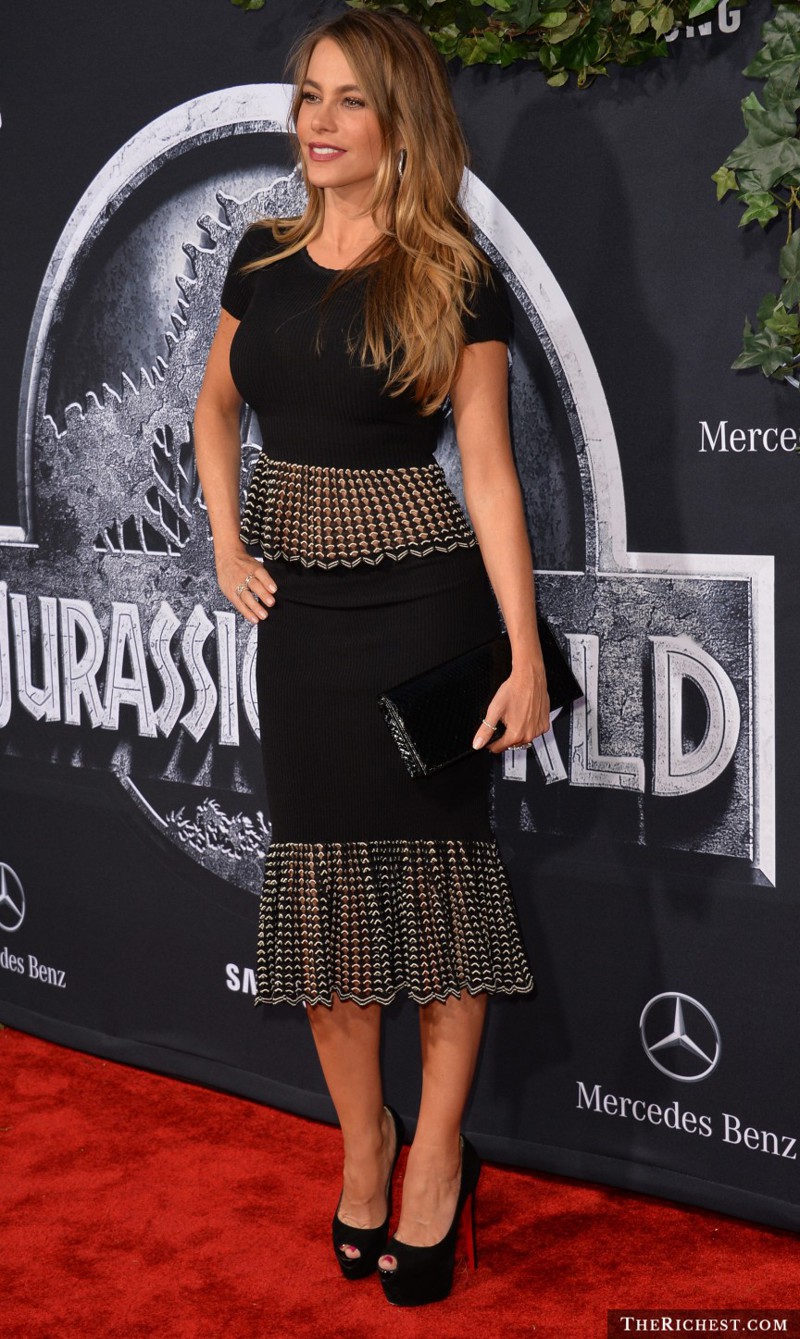 0
It is so hard to believe that Sofia Vergara recently turned 43 years old. Sofia plays Gloria on the ever-so-funny sitcom, Modern Family; and has been nominated for numerous awards for her efforts on the television series. According to Forbes magazine, Sofia is the “32nd Most Powerful Woman in the World.”

Sofia had originally studied to be a dentist when she was living in Columbia, but decided to become an actress, instead. Her choice to pursue acting seemed like it paid off; she has been in many movies, including two Tyler Perry films and The Three Stooges, from 2012. She also has lent her voice to movies like The Smurfs and Happy Feet Two, and has been seen in commercials for Diet Pepsi and Kmart. Senior Citizens Reveal What Tattoos Look Like on Aging Skin Killer whale 'Granny' is the oldest in the world aged 103
We need to be sure you are not a bot. Type the characters you see in the picture below.
Обновить