20 oct 2015 12:12
Tags: adoption   celebrity
60
13
It’s a well-known fact, or at least one we seem to widely accept: a person’s upbringing will determine his or her success. Numerous sociology studies have demonstrated how poverty can limit one’s success. Whether it’s being enrolled in a “tough” school or hanging around a bad crowd, being poor is nearly a death sentence if you want to become a somebody when you grow up. Happily, some of the older people in this predicament realize they cannot rise to the challenge of raising a child, so they put them up for adoption, or entrust their care to someone they know they trust will take good care of their kid. With better education and financial possibilities, these children sometimes rise to become great people. 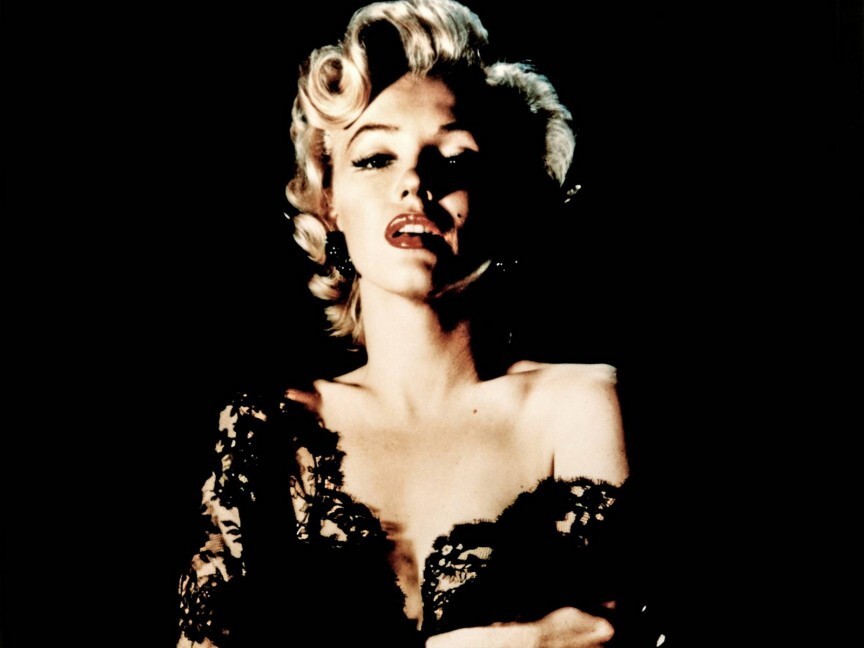 0
Marilyn Monroe, born Norma Jeane Mortenson, was known for being a sex symbol back in the 1950s, when the first movement of sexual liberation was effervescent. She was also known for her affair with president John F. Kennedy.

Born and raised in Los Angeles, the “City of Sin”, Monroe found herself in foster homes and into an orphanage, before she married for the first time at 16 years old. She went on to become a successful actress, model, and singer. So things worked out quite well for her; that is before overdosing on various drugs in 1962. 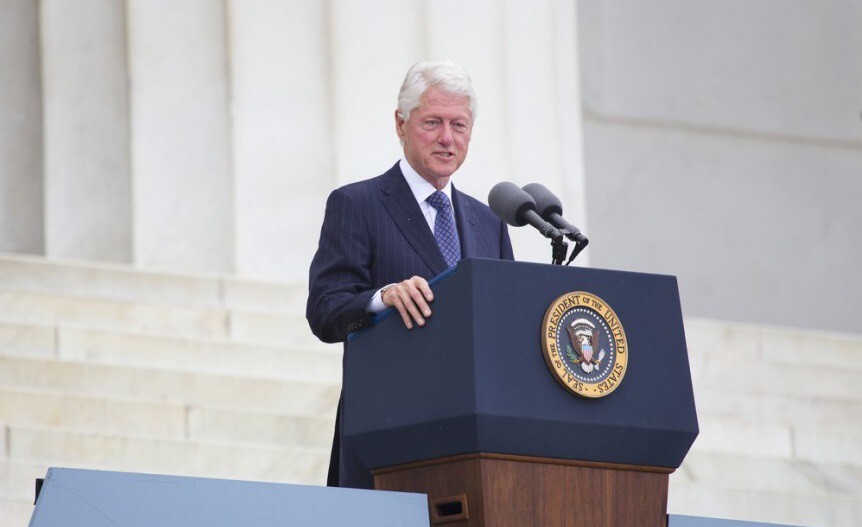 0
William Jefferson Clinton (born William Jefferson Blythe III) was the 42nd president of the United States of America, and known for having the highest approval rating since World War II. In 1998, he had to go before a Grand Jury due to his affair with Monica Lewinsky, a White House employee.

Clinton wasn’t officially adopted. His father died before his birth and his mother was away for years, leaving the young William Jefferson Blythe III with his grandparents, who cared for him like their own child. When his mother came back, she married Roger Clinton Sr., and Bill assumed his stepfather’s surname when he was 15. 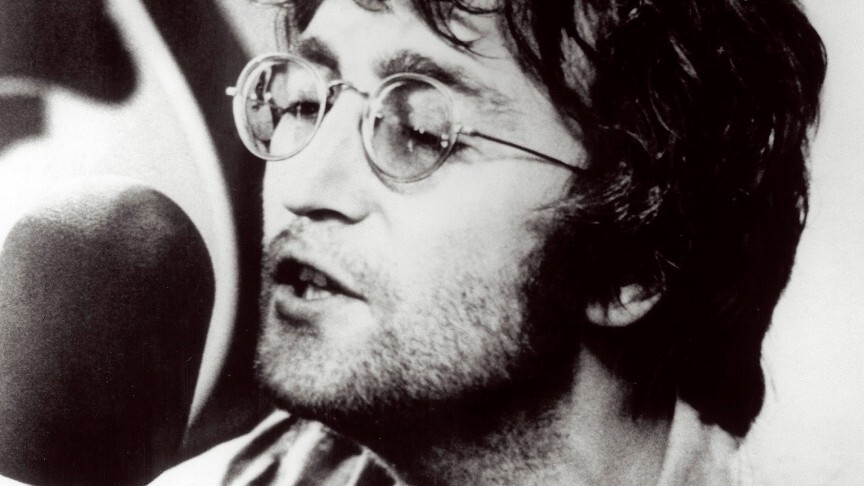 0
John Winston Lennon was an English singer and songwriter who became famous worldwide because he co-founded the band The Beatles, which is the most commercially successful band in the history of popular music.

Lennon was born in war-time England, to Julia (born Stanley) and Alfred Lennon, a merchant seaman of Irish descent, who was away at the time of his son’s birth. What most people don’t know is that Mimi Smith, Julia’s sister, complained to social services twice about Lennon’s familial situation – or lack thereof – before she assumed custody of her nephew. 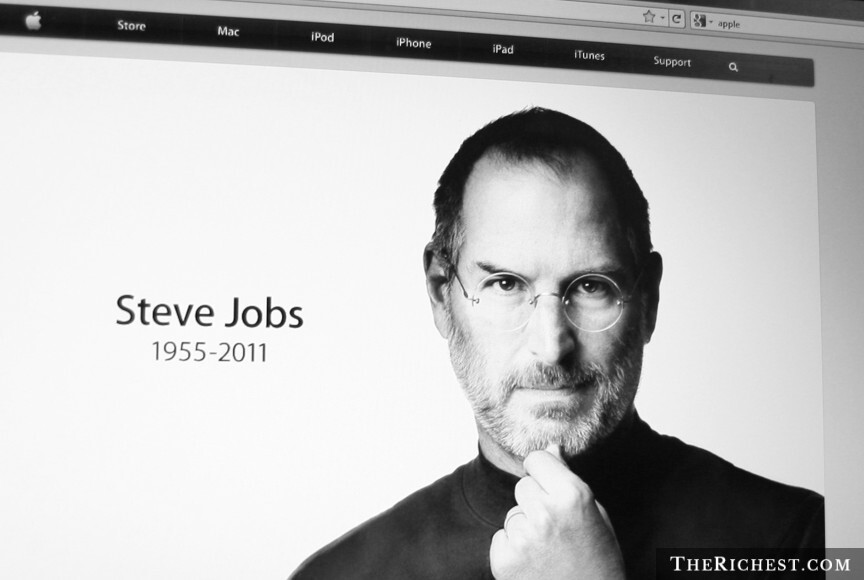 0
Steve Jobs will forever be remembered as an innovator. The American businessman was the chief executive officer (CEO) of Apple Inc. as well as the CEO for Pixar Animation Studios. Jobs is widely recognized as a pioneer of the microcomputer revolution of the 1970s because of his work with Apple.

Jobs’s adoptive father, Paul Reinhold Jobs, had been in the army and was a well-known tough guy who rebuilt cars before becoming a repo man in his later years. His adoptive mother was of Armenian descent. The couple adopted Jobs in 1955 after it became apparent they wouldn’t be able to conceive a child naturally 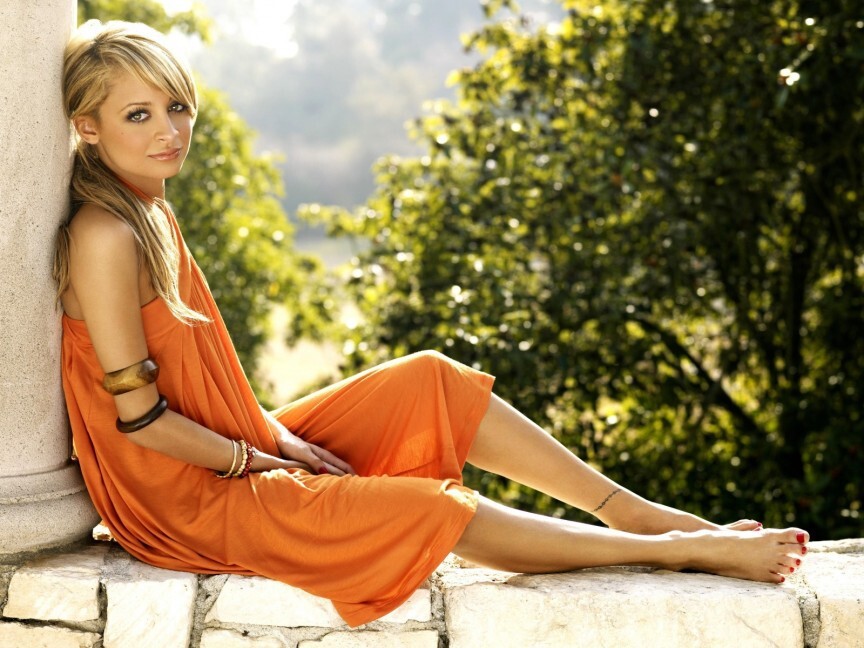 0
Born Nicole Camille Escovedo, Nicole Camille Richie is known for being an American fashion designer, an author, an actress and a television personality. Richie found success when she starred in the Fox reality television series, The Simple Life, alongside Paris Hilton, a childhood friend.

Richie was born in California, and has Mexican, Creole, and Spanish origins. Peter Michael Escovedo is her biological father. He’s a musician who briefly played with Lionel Richie. When Nicole was three, Brenda Harvey and Lionel Richie accepted her in their home because her biological parents couldn’t afford to raise children. The Richie’s officially adopted her when she turned nine. 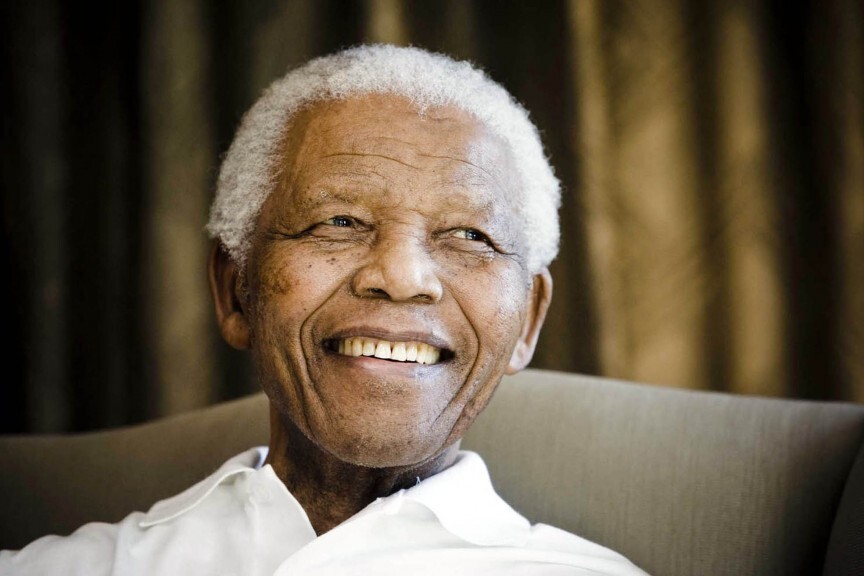 0
Nelson Mandela was a South African anti-apartheid revolutionary, a politician, and a philanthropist who served as President of South Africa from 1994 to 1999. He was also the country’s first black president, as well the first to be elected in true democratic election. Initially committed to non-violent protest, in 1961, he led a sabotage campaign against the apartheid government. In 1962, he was arrested and sentenced to life in prision following the Rivonia Trial. He served 27 years in prison.

After his father’s death, Mandela’s mother took him to the “Great Place” palace, where his care was entrusted under the guardianship of Chief Jongintaba Dalindyebo, according to Wikipedia. Not seeing his mother again for many years, Mandela said that Jongintaba and his wife Noengland treated him as their child, raising him alongside their own son and daughter, Justice and Nomafu, according to Wikipedia 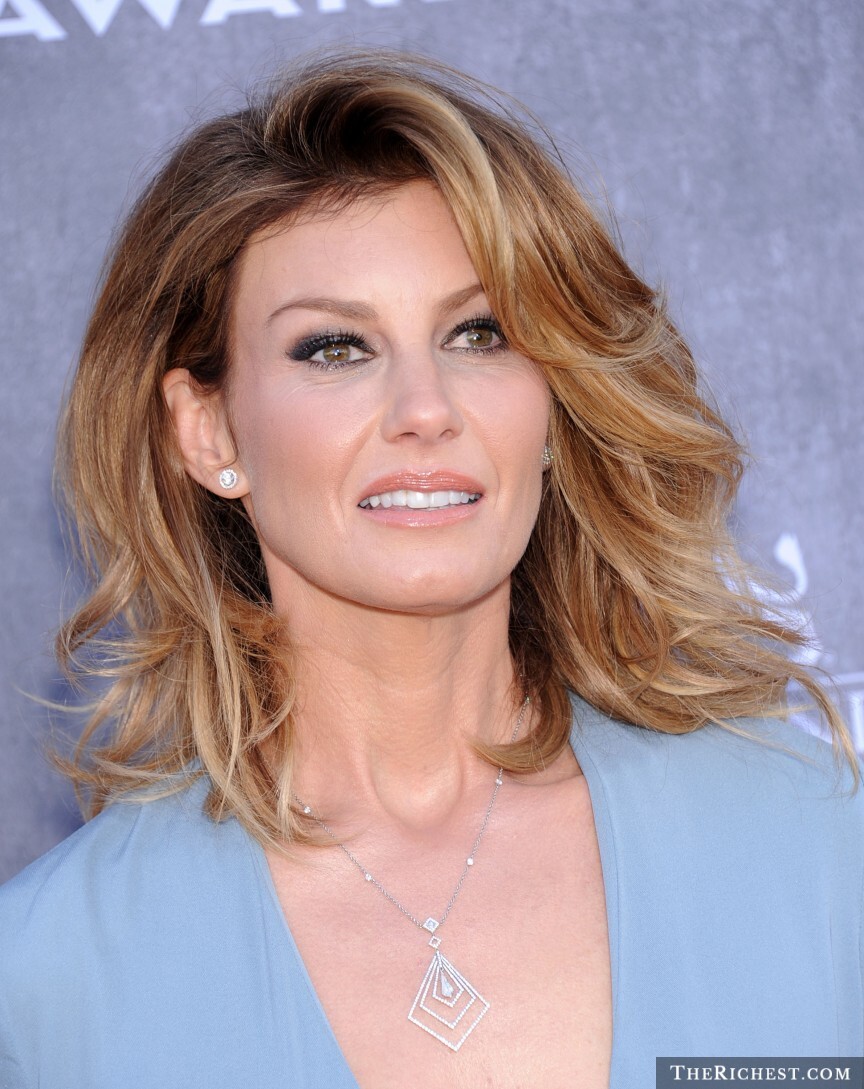 0
Born Audrey Faith Perry, Faith Hill is an American country pop singer and actress. Having sold more than 40 million records worldwide, Faith Hill is one of the most successful country artists of all time.

Hill was born in Mississippi, and was adopted as an infant. According to Wikipedia, she was raised in the town of Star, 25 miles outside of Jackson, where she was adopted. Raising their own two biological sons, Edna and Ted Perry adopted Hill and raised her in a Christian environment.That’s probably why many of her songs have have themes of Christianity. 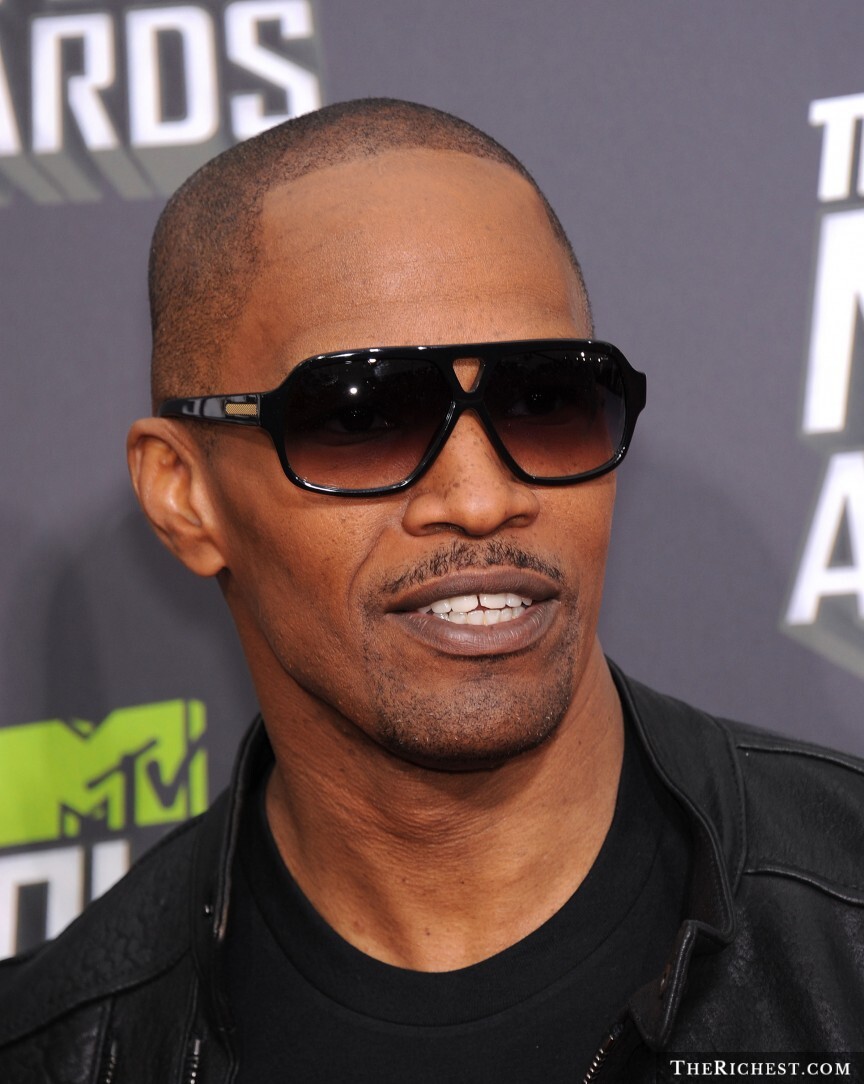 0
Jamie Foxx is an American actor, singer, comedian, writer, and producer. He won a Grammy Award for producing three albums (Unpredictable in 2005, Intuition in 2008 and Best Night of My Life in2010) which scored high rankings on the US Billboard 200.

Born Eric Marlon Bishop, Foxx is the son of Darrell Bishop and Louise Annette Talley Dixon. Foxx was adopted and raised by his mother’s adoptive parents shortly after his birth. He had little contact with his birth parents, who were simply not part of his life as a child. He often said that his grandmother’s influence was the reason for his success. 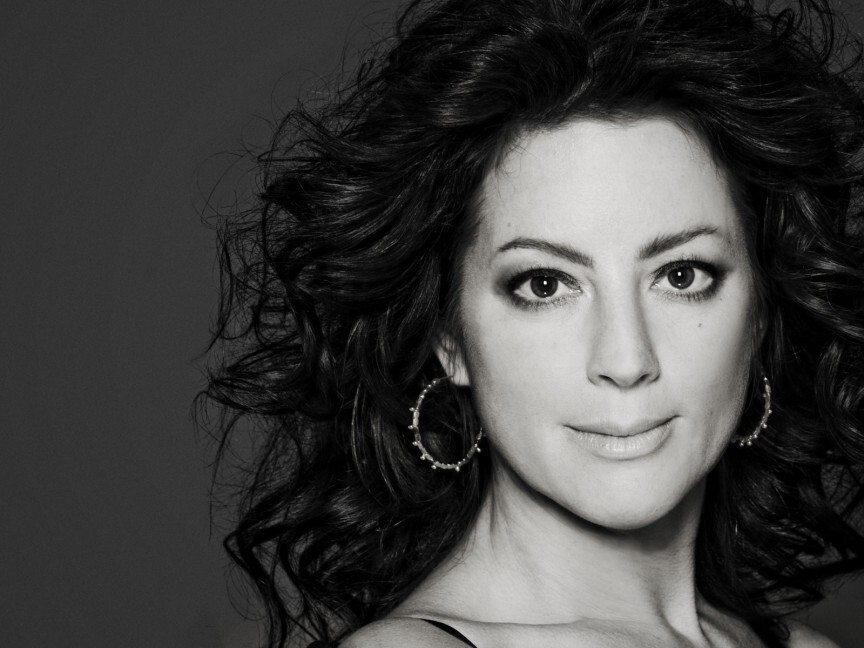 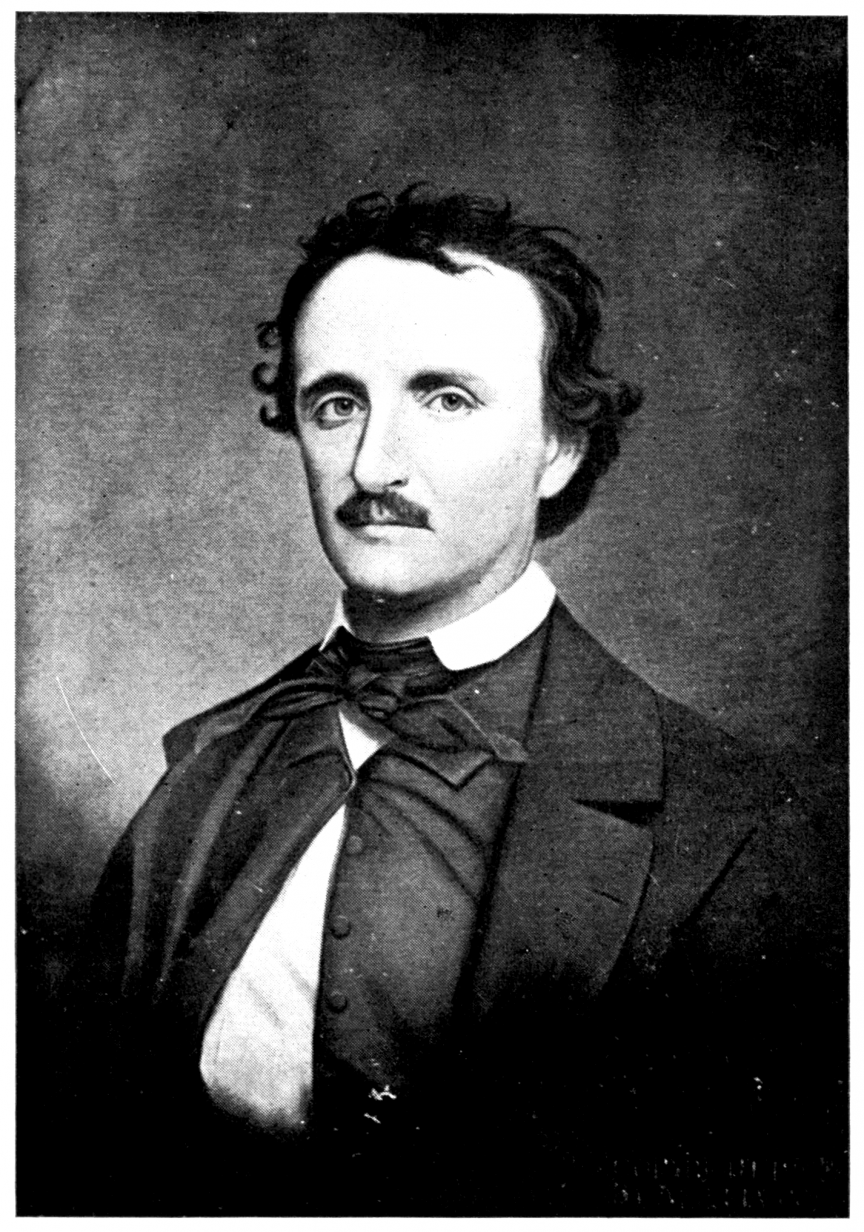 0
Edgar Allan Poe was an American author, poet, editor, and literary critic, best known for his tales of mystery. Poe, one of the first American authors of the short story format, is considered the inventor of the detective fiction literature.

He was born Edgar Poe to Boston natives Elizabeth Arnold Hopkins Poe and actor David Poe, Jr. Edgar seemed to have been named after a character in William Shakespeare’s King Lear, a play his parents were performing in 1809. His father abandoned their family in 1810, when the boy was barely one. According to Wikipedia, his mother died a year later from pulmonary tuberculosis. Poe’s care was handed to John Allan, a successful Scottish merchant who dealt tobacco, tombstones, slaves, etc. The Allans gave Edgar the name “Edgar Allan Poe,” but they never legally adopted him. 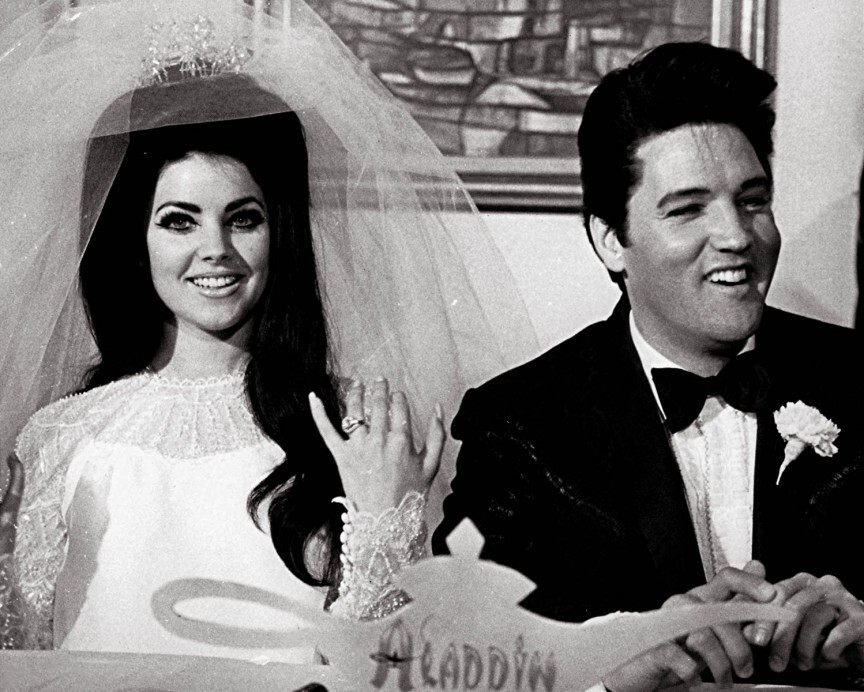 0
Priscilla Ann Presley (born Beaulieu) is an American actress and businesswoman who was once married to legendary singer Elvis Presley. Following his sudden death, Priscilla co-founded Elvis Presley Enterprises (EPE), where she turned Graceland into a top tourist attraction.

According to Wikipedia, Priscilla’s biological father was US Navy pilot James Wagner who married Priscilla’s mother at the age of 23. He was killed in a plane crash while returning home during World War II. Priscilla was only six months old at the time. In 1948, her mother met a United States Air Force officer named Paul Beaulieu, from Québec, and the couple were married within a year. Priscilla considered Paul like her father since he practically raised her. 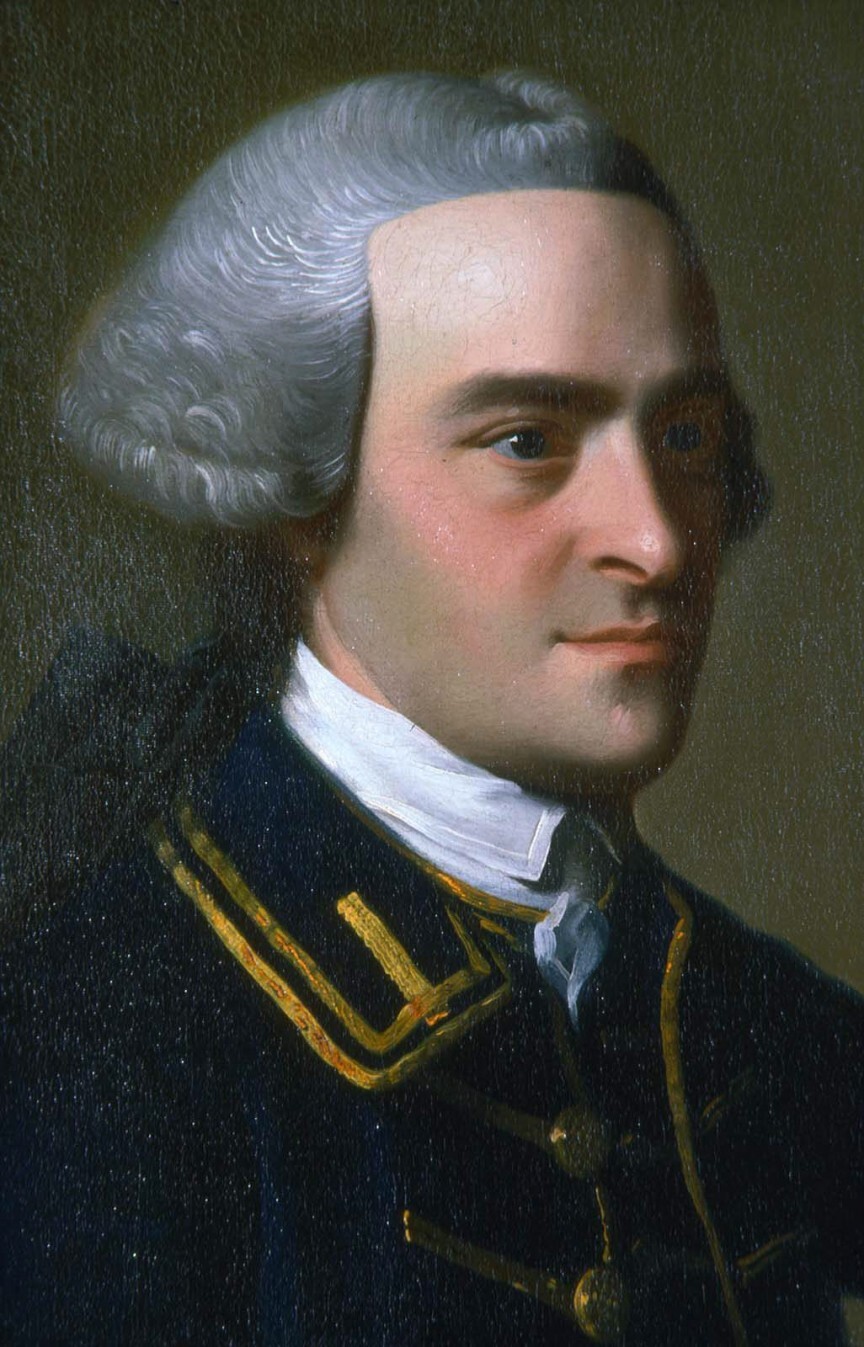 Hancock was sent to live with his uncle Thomas Hancock and his wife after his father died in 1744. Thomas Hancock’s highly successful business made him one of Boston’s richest residents. The couple, who did not have any biological children, became the dominant influence on John’s life. When Thomas passed away, John inherited his fortune, which made him one of the richest men of the Thirteen Colonies. Photographer Tries To Get Exlusive Up Skirt Pics Mila Kunis With a Beard The Hottest Shirtless Celebrity Men
We need to be sure you are not a bot. Type the characters you see in the picture below.
Обновить