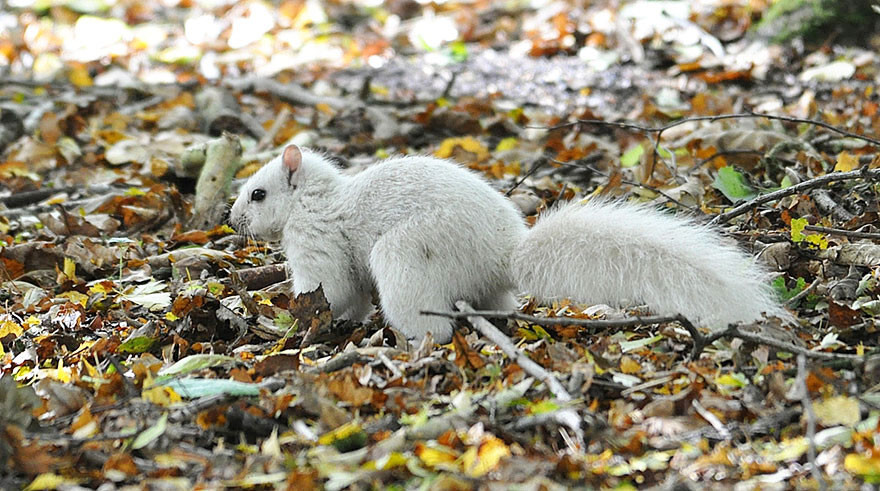 27 oct 2015 12:44
Tags: squirrel   white
45
5
Wildlife photographer Andrew Fulton spotted an extremely rare white squirrel in Marbury Country Park, Northwich, UK. “It was my first time seeing a white squirrel as they are so rare, but hopefully it won’t be the last,” Andrew says. “It took me a while to find the squirrel even though I knew there was one in the park due to word of mouth and other people reporting it,” he adds. “I was so lucky to see the squirrel! It isn’t albino but pure white so it was something very special,” Andrew says Turns out, the poor creature is suffering from an extremely rare gene mutation called leucism, a loss of pigmentation 20 Of The Most Delicate And Beautiful White Ink Tattoos A Guy Spotted This Outside Of His Office Building. Read more at http:/