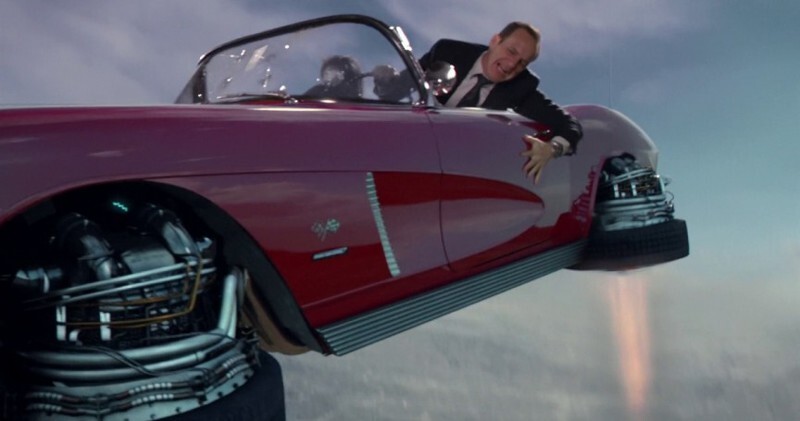 10 Fictional Inventions In TV Shows We Wish Were Real

11 dec 2015 13:03
Tags: fictional   invention
90
11
The television realm has been littered with fictional inventions that we would love to see in the real world, so let’s look at some of the best and celebrate their ingenuity and brilliance in becoming important components of the the shows we know and love. 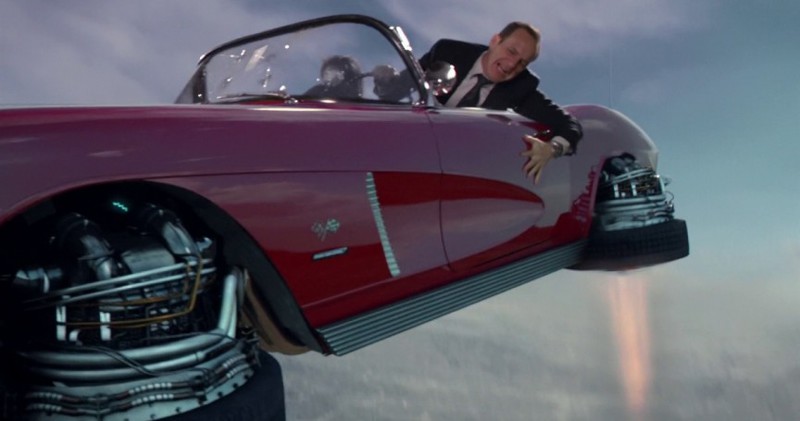 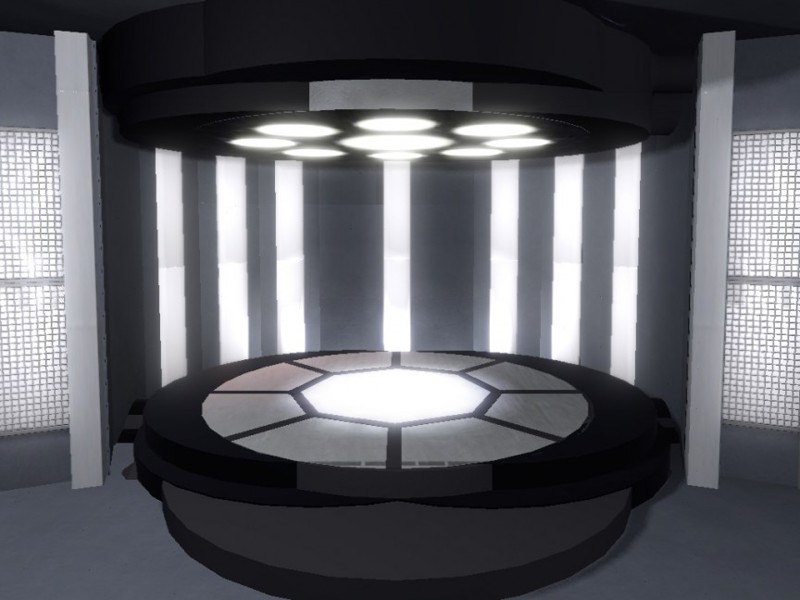 0
In a world where Klingons remain a danger in the galaxy and an android named Data can often be the source of calm and intelligence, one would be a fool not to acknowledge the many impressive features of Star Trek’s USS Enterprise.

While phasers would certainly be something a select number of people would love to see, we can’t help but think that travel is a much more important aspect of everyday life that could certainly be up for improvement.

Handily, the Star Trek crew have the perfect invention that solves all those problems – their Transporter. Ensuring that Scotty has a mention in one of the most iconic television quotes of all time, and making it that much easier to jump from transport to planet in seconds, this is a contraption the real world desires. 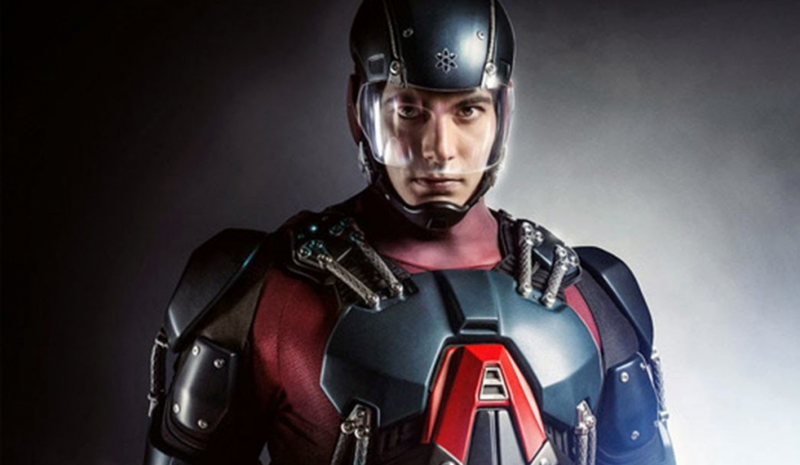 0
Not content with his cruelly-dismissed turn as Superman, you’ve got to give it to Brandon Routh for picking himself up, dusting himself off and giving it a different bite of the cherry. Sticking to the DC universe, he joined The CW’s Arrow as Ray Palmer and hasn’t looked back since.

Part of Palmer’s endearing character comes in the form of the suit he designs, soon becoming a hero himself in the Atom. Very much a varied version of Marvel’s own Iron Man suit, this is a piece of technological genius that can turn its inhabitant to a minimal size, allows flight and fires all sorts of incredible weaponry.

With Christmas approaching would it be a little optimistic to hope someone could make one of these in real life? 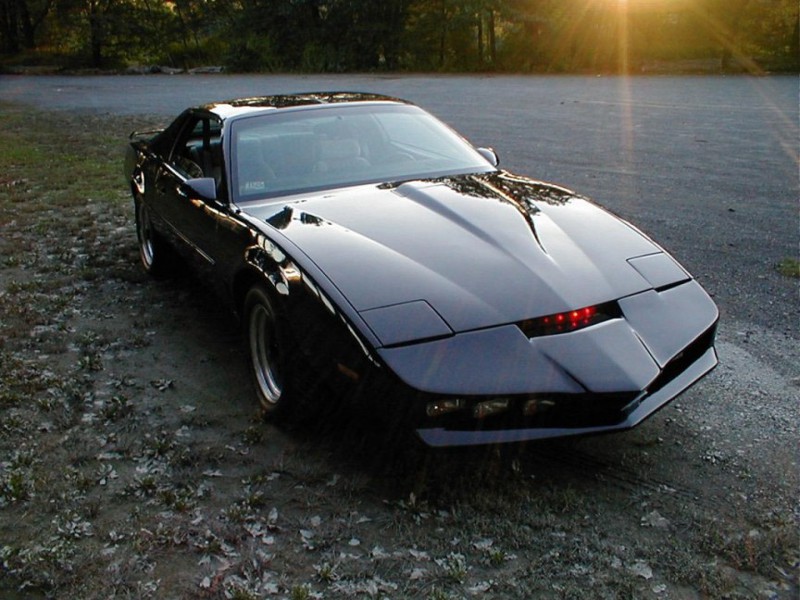 0
Granted, there are a wide variety of cars out there these days that feature a staggering amount of technological upgrades that simply dazzle. Such cars are becoming more and more common with each year that passes, but none are yet to match the sheer brilliance of Michael Knight’s KITT.

Here is an iconic television car that is still just as appealing as it was in the days where it used to aid Michael in his everyday challenges. The Pontiac Trans Am that was nicely abbreviated from its original title of ‘Knight Industries Two Thousand’ featured not only a talking AI, but also a ridiculous amount of gadgets that would make even James Bond blush.

As far as cars go, this is one from the small screen that we would want to be finally created in all its glory in real life. 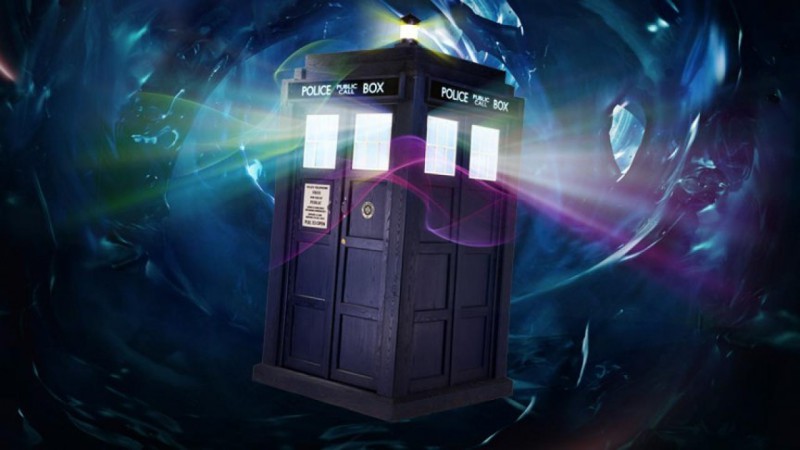 0
Appearing as an outdated and frankly bizarre occurrence in the modern day scenario, Doctor Who’s TARDIS still remains a staple of popular culture, even to this day. The classic blue police box (which stands for Time And Relative Dimension In Space) provides the Doctor with his path through time and space.

With its trademark look, the universally recognised sound of its arrival, and its incredible spanning nature when inside the Time Lord technology, there are few ways to travel like this machine of science fiction lore.

Having helped along no less than twelve Doctors through the decades, the TARDIS has become an invaluable part of a television show that has spanned the ages. Defining what a sci-fi show should feature, Doctor Who wouldn’t be the same without it. 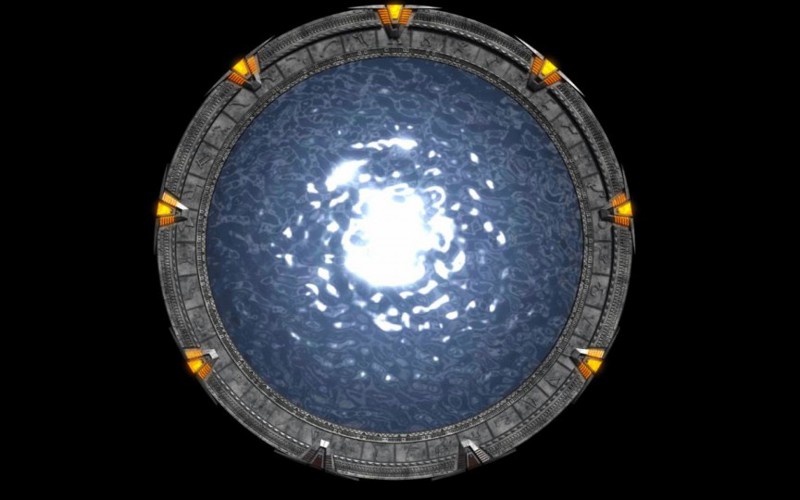 0
After Kurt Russell and Roland Emmerich introduced us to the next big entity in alternate world/planet travel, the television realm was never the same again. Having laid a pathway to a special military facility in which specialised forces would explore, Stargate SG-1 revisited the concept of the film and returned to us the famous Stargate.

A figure of pure unadulterated imagination and wonder, the doorway to another world stands like a behemoth of the small screen, inscribed in ancient language and glowing with its rippled water-like opening to realms unknown.

This is an invention that contains wonders, danger and so much more, and one that we’d love to walk through and discover ourselves.

0
While the stake would have clearly been Buffy’s signature weapon of choice, through the years she did in fact utilise a wide range of unique and frankly awesome weapons. Many of them, of course, were your usual weapons we could easily see in real life, but others possessed their own mythical powers that would be incredible should they actually be real.

One such weapon was Olaf the Troll God’s Enchanted Hammer. A hammer that was very similar to that of Marvel hero Thor’s, this was a weapon only wielded by those deemed worthy, meaning that Buffy herself could make great use of it, but poor Spike was left reeling. 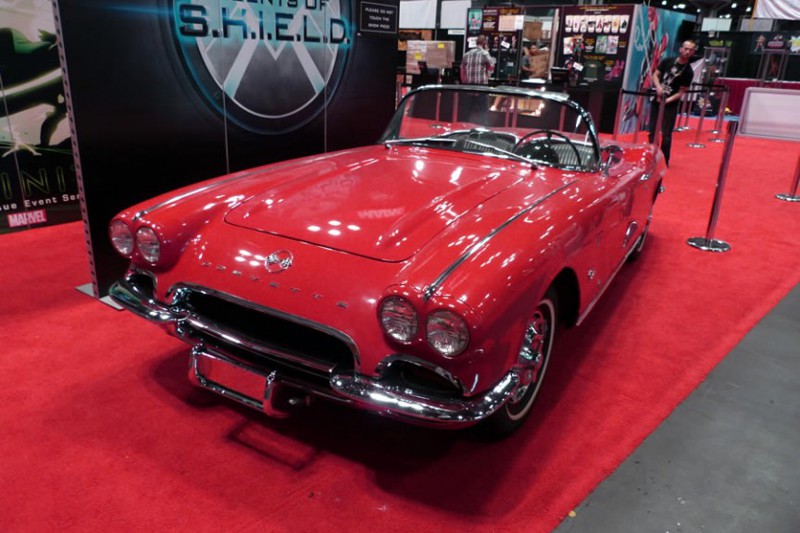 0
There have been many stunning automobiles lighting up the screen through the years within the television realms, but few look as stunning as Agent Coulson’s prized possession in Lola.

A 1962 Chevrolet Corvette boasting guns, a flamethrower and the power of flight (albeit sometimes problematic) this is a car that would not only turn heads but also prove mighty efficient in the defensive stakes.

We imagine there are a few replicas of the classic car out there, but none that would match the sheer audacity of Lola. As Coulson says, “Lola’s not just a collectible, you know. People tend to confuse the words new and improved.” We couldn’t agree more… 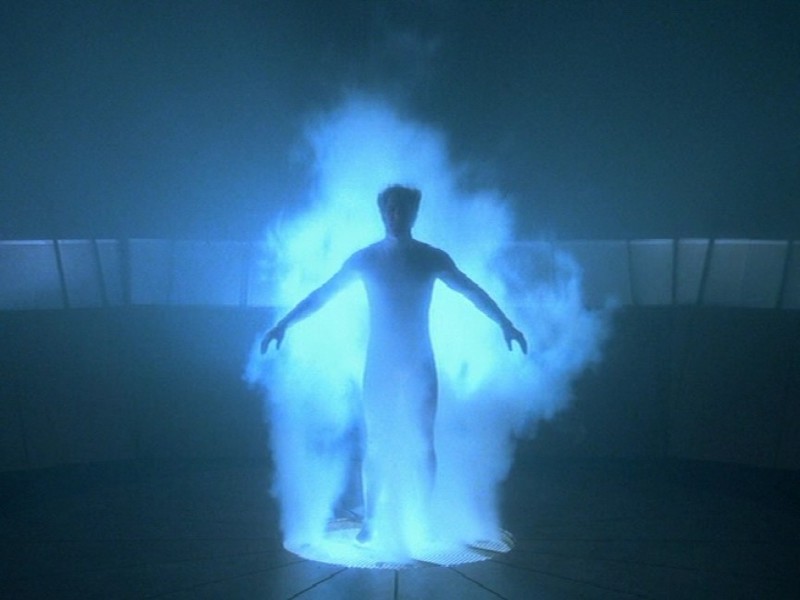 0
Imagine if you could actually step into the shoes of Sam Beckett and actually relive the events of history that have shaped and defined the age that we live in today.

That very power was granted to the Doctor in television’s Quantum Leap via the Quantum Leap Accelerator, aided by trusty sidekick Al. Admittedly, the first attempts at using such a machine may have gone a little awry but just imagine if this was possible in real-life.

The chance to rewrite history, relive those moments cemented through the centuries; it could either be a gift or a curse, but one you’d certainly have to be VERY careful with! 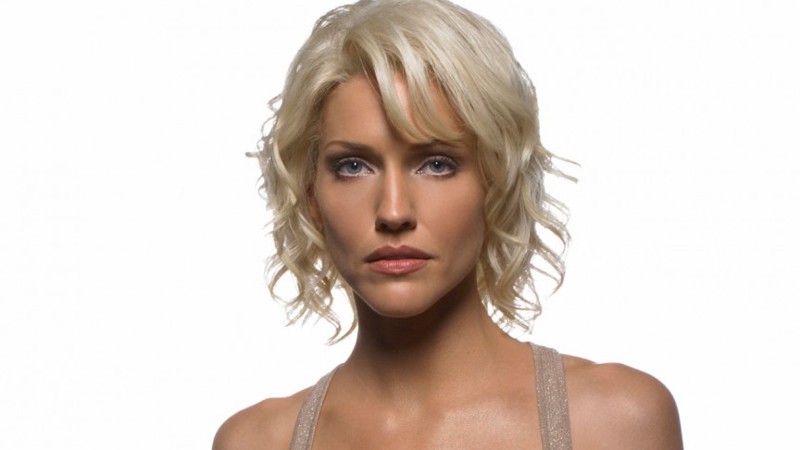 0
Despite Number Six’s human appearance, she is very much of the Cylon race, an android race looking to utilise enhanced technology and work their way into human existence with the greatest of effect.

While we’re not suggesting we’d love the Cylons to suddenly be created and make their presence felt, it would certainly be of great excitement to see an actual working AI in all its glory finally be presented in the real world. 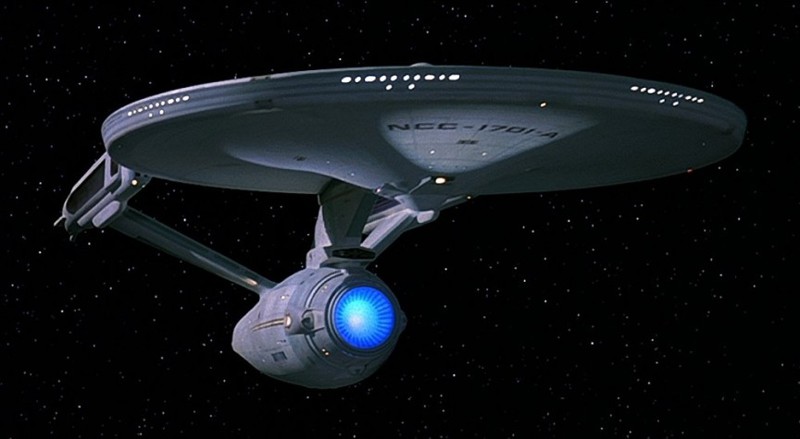 0
A feat of engineering excellence, the creation of the U.S.S. Enterprise is one that instilled it in television history, becoming one of the most iconic spacecrafts ever. Taking the familiar UFO shape and adding a whole new dimension, this was a craft that would make any space crew jealous.

Putting that in mind, one can only imagine the reaction should we ever reach a day where such a craft is created and utilised in space travel. With its expansive corridors, supreme Bridge section for the main crew and its ability to enter warp speed, this would essentially be the ultimate in space travel. 14 of The Most Crazily Creative DIY Inventions These Inventions May Look Sketchy, But They're Actually Brilliant Never Leave Your Bed Again With This Awesome Japanese Invention 23 Surprisingly Useful Inventions The World Didn’t Know It Needed
We need to be sure you are not a bot. Type the characters you see in the picture below.
Обновить