13 Creepy Urban Legends That Turned Out To Be True

09 jun 2016 12:26
Tags: true   urban   легенд
150
14
There exists a very wide variety of legends and myths that have been told to us over the years, however, none seem to strike us close to home like that of urban legends. Some of them have been around for quite some time, while others are created everyday as the world is modernized. To peak curiosity, here is a list of 13 urban legends that turned out to be terrifyingly true. 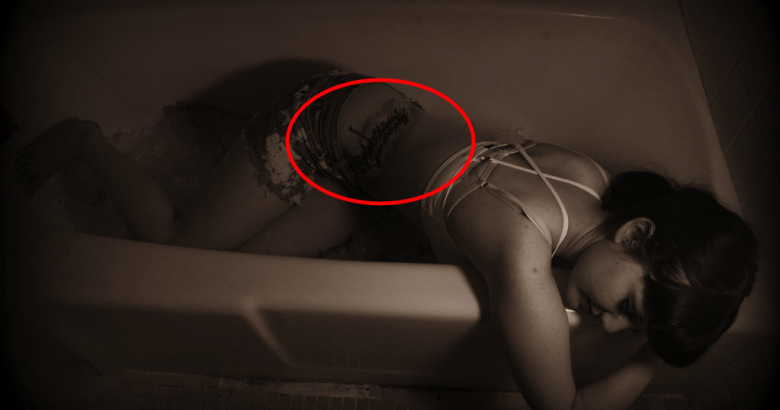 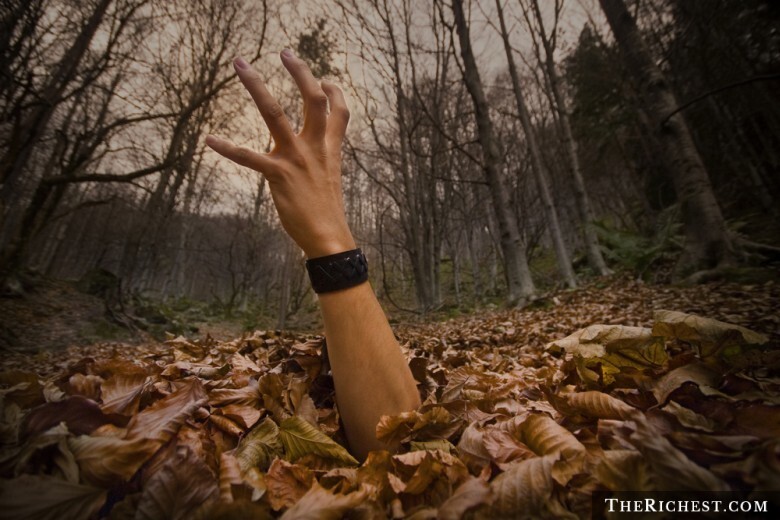 There is a deep silence as you awake and try to get up. You hit your head on something hard and wooden and start to feel around yourself. Suddenly, you realize where you are, stuck inside a coffin, six feet under the ground. Someone has left you for dead. You start to panic, but remember that you need to calm down. After you have found a way to open the coffin, you start digging yourself out slowly but surely. When you reach the surface you gasp for air, realizing you are finally free. It’s hard to think that this story could ever be true, however, it did come true for one young lady, whose boyfriend tried to bury her alive by tasering her and then burying her. Fortunately, she dug her way out and was able to live another day.

12. Dead Body Under The Bed 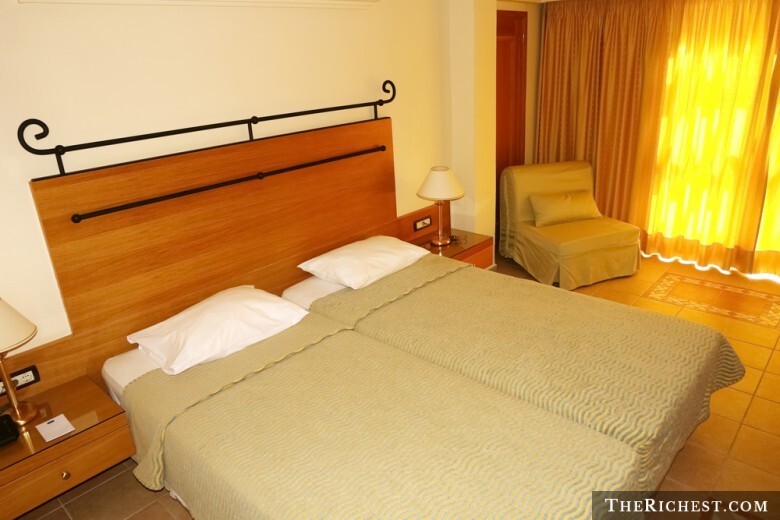 The legend tells of a couple who check into a hotel, expecting to have an amazing time. They go through their stay and everything seems okay. However, they start to smell a strange odor coming from somewhere in the room. They never do identify the smell and report it to the staff whenever they check out. When the staff decides to check out the room, they discover a body either in the mattress or under the bed. This urban legend has actually happened several times across the United States. It’s terrifying, to say the least, discovering you had slept on a bed that was inches away from a dead body. 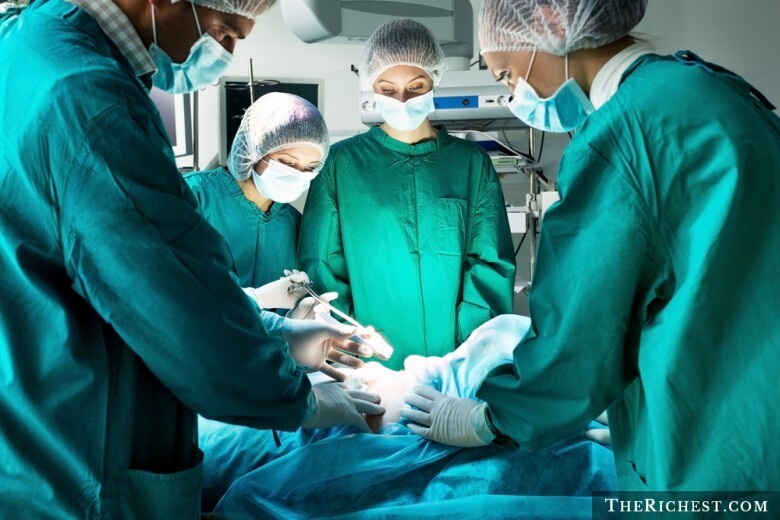 A woman is brought into the hospital with various problems, and is barely conscious. She requires a bit of surgery for the doctors to really see what’s going on so they decide to make an incision. Once the cut has been made, a strange toxin is released from the woman’s body and everyone in the room starts to fall ill and die. It’s scary to think that something like this could actually happen, but in 1994, a patient was being treated at a hospital, when doctors made their first incision, there was something toxic about her blood that affected almost all of the hospital personnel. Many passed out and when they came to, they couldn’t move their body.

10. The Gurney Rolls Away 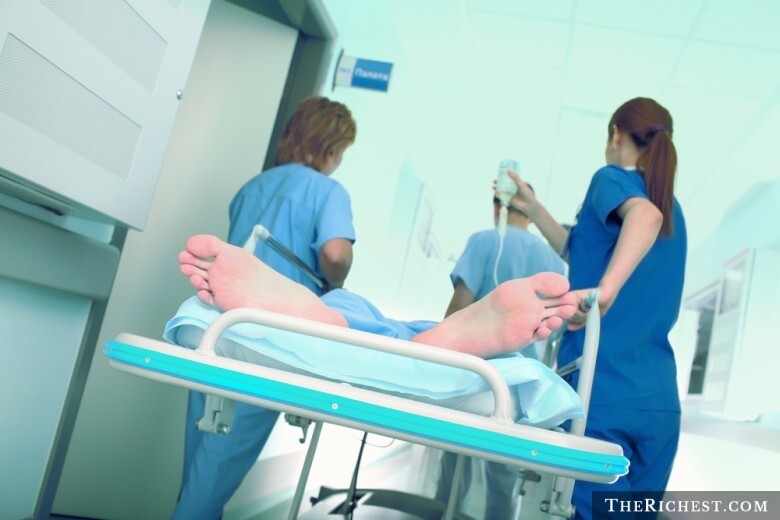 Imagine being stuck on a gurney and left unattended. You are not afraid at first because you’re tightly bound in a gurney that’s not going anywhere, or is it? Suddenly the gurney clicks and you look around as the halls are moving around you. The gurney starts to move faster until you lean your head up and see yourself heading straight for the stairs. This is one of the more irrational urban legends that have sparked fear in those who have had the opportunity to ride on a gurney, however, a situation similar to the legend happened in 1991 when an elderly man was being moved from his nursing home. The nurses left him unattended and his gurney rolled away, eventually flipping over. The man had injuries to the head and later succumbed to those injuries.

9. A Body Hidden In The Wall 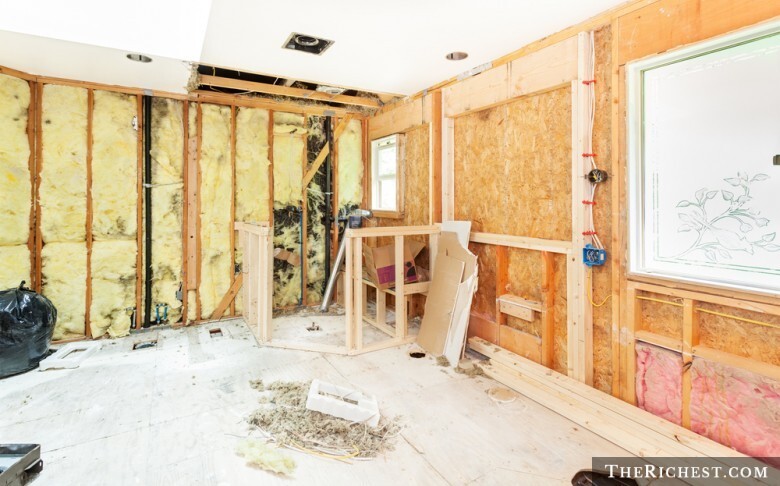 We’ve seen in it occur in many different movies. While renovating a building, construction workers find a body in the walls. While this isn’t something that would normally happen, it has occurred before. During the renovations of a bank in 2011, workers found bones which were hidden away in the building’s structure. Apparently they belonged to a man who had been missing for 27 years. From what they could tell, the man possibly perished from coming down the chimney in an attempt to rob the bank. He became stuck and died there.

8. Bugs In The Brain One of the worst fears that someone could possibly imagine, actually happened to a young lady who thought the scratching noises in her ears were something to ignore. Rochelle Harris had come back from her long vacation in Peru when she started hearing strange scratching noises inside her head. At first, the noises didn’t bother her, but as they became even louder, Rochelle started to worry. After a slew of headaches and pain that was happening around her face, she noticed a fly as it flew out of her ear. When she went to the doctor, they discovered maggots had been living in her ear canal. 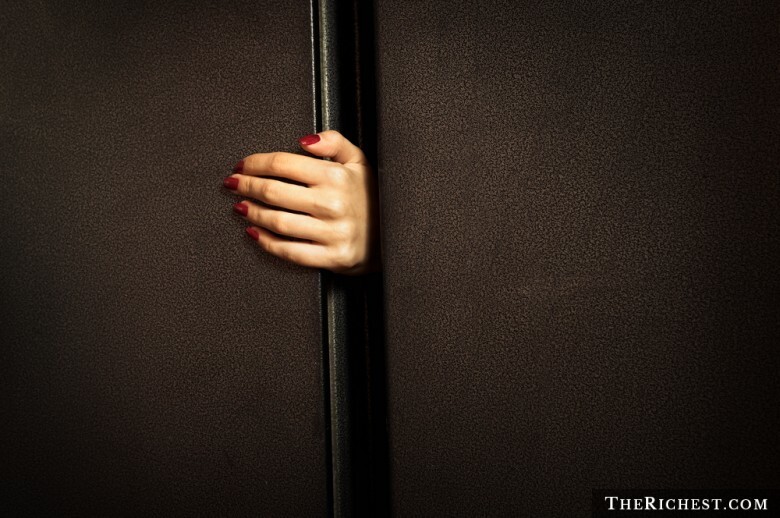 Almost everyone possesses some form of fear thanks to elevators. They have been around for years as a trusted way to make it up and down buildings with a high number of floors. However, there exists an urban legend which talks of a person who gets stuck in the elevator door. As the elevator starts to move the person is stuck and either decapitated or loses a limb. Possibly the worst case of this happening, occurred when a doctor was making his way into a Houston hospital in 2003. The doors ended up closing sooner than anticipated and as the elevator went up, he lost his head when the elevator decapitated him. Certainly a gruesome and terrible way to go.

6. The Victim Rolled Up In The Carpet 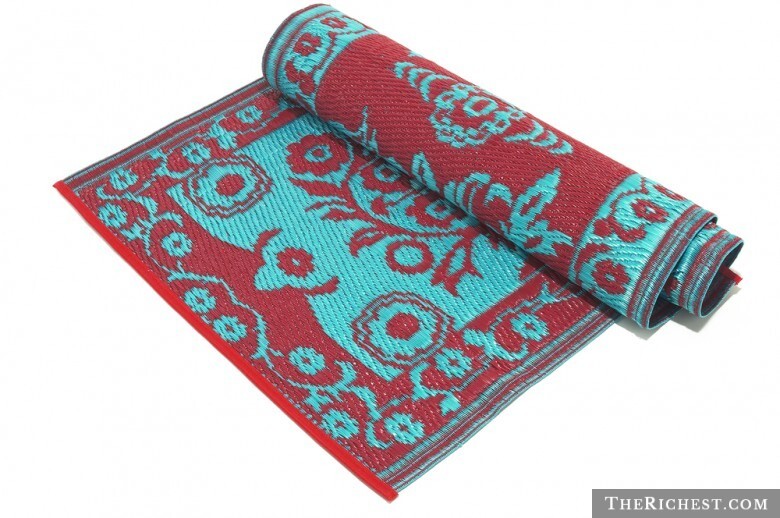 It’s an interesting situation that we’ve all seen happen in the movies. After a crime is committed and someone has been killed, falling to the floor in a pile of blood, something must be done about the body. So the criminals, or whoever committed the act, roll the body up in a rug and decide to get rid of it. The question comes to mind, has this ever truly happened in real life? There exists a report of a group of Columbia University students who found a rug that had been sitting on the side of the street. They decided to take it home and make use of it in their building. However, when they got there and unrolled the rug, there was a body inside. 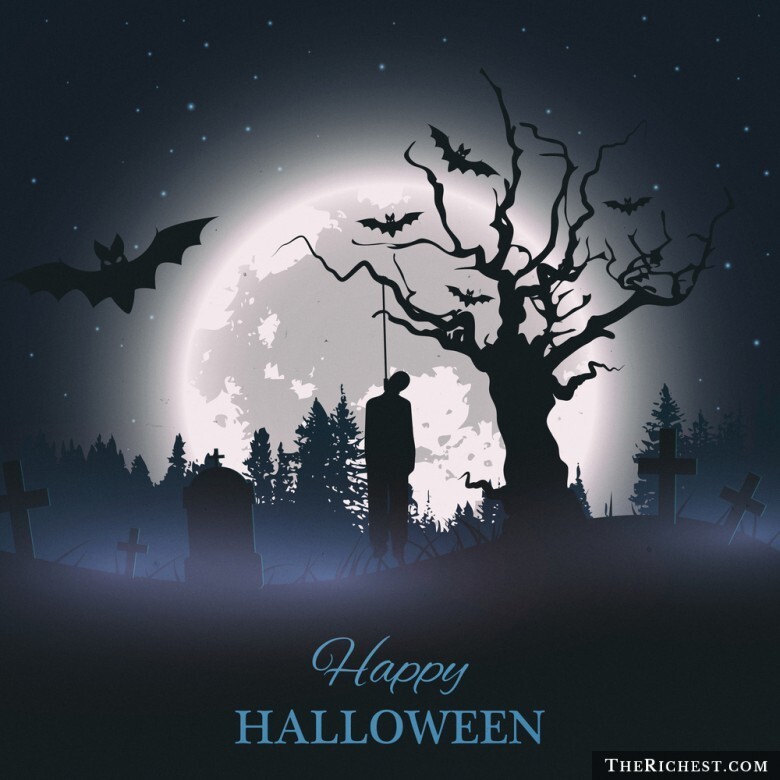 It’s known by many as a harmless prank during Halloween. Someone is seen hanging by a noose on a tree either in a graveyard or another creepy setting. The body looks real, but you drive by, telling yourself it couldn’t possibly be someone really hanging from a tree. Unfortunately, five days before Halloween, a lady in her 40s hanged herself in a very public area of Delaware. The body stayed in the tree for a whole day until someone finally noticed it was real. It was a heartbreaking, yet creepy event for everyone in the town. 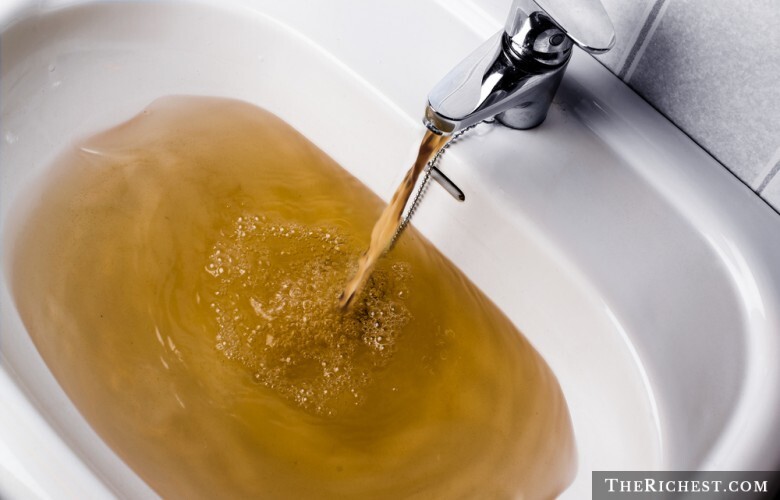 t’s a common theme in horror movies, and something you’d never want to happen while taking a shower. The urban legend tells of water that turns black after being turned on. Eventually it is revealed that the black water is due to a liquefied dead body in the water system. While many may think this is something that could never happen, it did occur at a hotel in 2013. In Los Angeles, guests of the Hotel Cecil noticed their water tasted weird and had a rather strange smell. This went on for a week until someone finally reported it. When the staff was sent to check on it, they found a dead body in one of the water towers on the roof.

3. You Are Not Alone 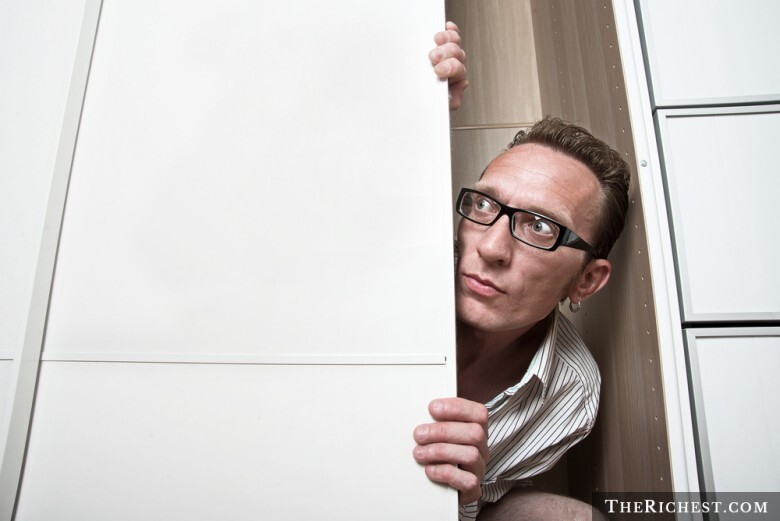 This urban legend tells the story of a man who has a strange feeling he is being watched inside his home. He always feels on edge, like he should be careful whenever he turns a corner. Later on, he figures out that all the feelings he had felt were because of a stranger he finds living in his attic. In 2008 this urban legend came true when a Japanese man started noticing strange things were being misplaced around his home, along with other items going missing. He set up a camera and found that a woman had been living deep inside his cupboard for a whole year. 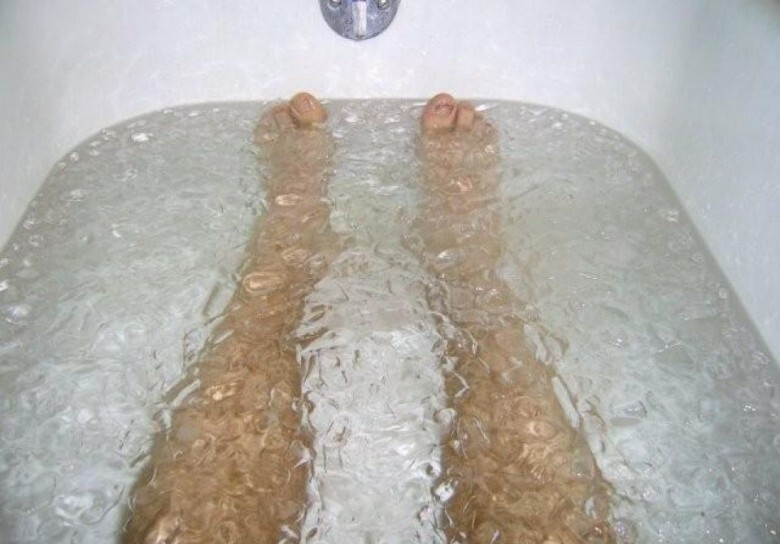 You meet a stranger at a bar. After a few drinks, you two seem to really be hitting it off, and eventually the stranger asks you back to their hotel room. You go with the thought of getting lucky, but then you pass out. After waking up, you realize you’re sitting in a bathtub filled with ice and you notice an incision on your stomach. You look around and realize, one of your organs has just been stolen. It’s a fear that many have, and a horrifying truth. In India, corrupt surgeons actually harvested kidneys for the black market. Instead of booze, ice and a bathtub, they seduced their poor victims with a job offer, a pre-employment health screening, and a bogus diagnosis. 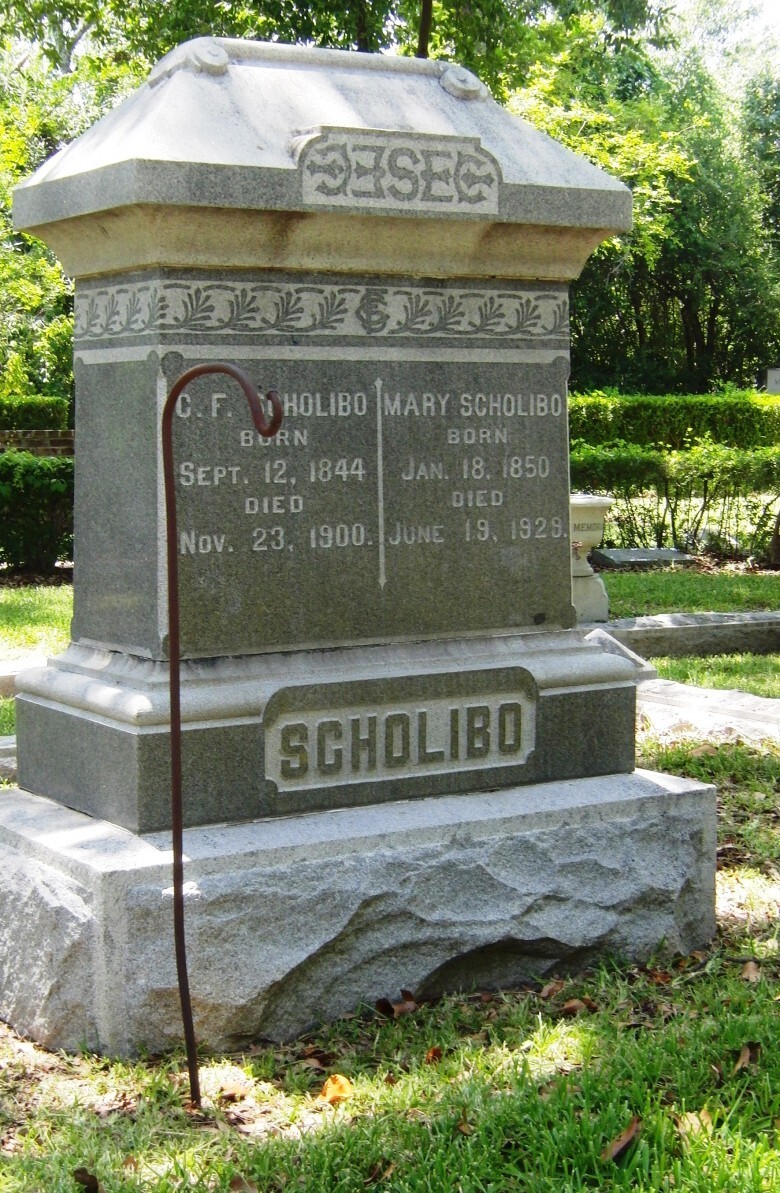 Just as the title states, there’s an urban legend about being buried alive. While this isn’t something we hear very much of today, there was a time in history when the medical field fell short and accidentally declared too many sick people to be dead. During the 19th century a man by the name of William Tebb recorded an astonishing 219 cases of people being buried alive. To help prevent the tragedy, special coffins with bells were made, and the buried person could ring a bell to let everyone know that they were still alive. Yes, These Facts Are All True Hard to believe, but all these facts are true These 32 Graphs About Everyday Things Are So Hilariously True
We need to be sure you are not a bot. Type the characters you see in the picture below.
Обновить