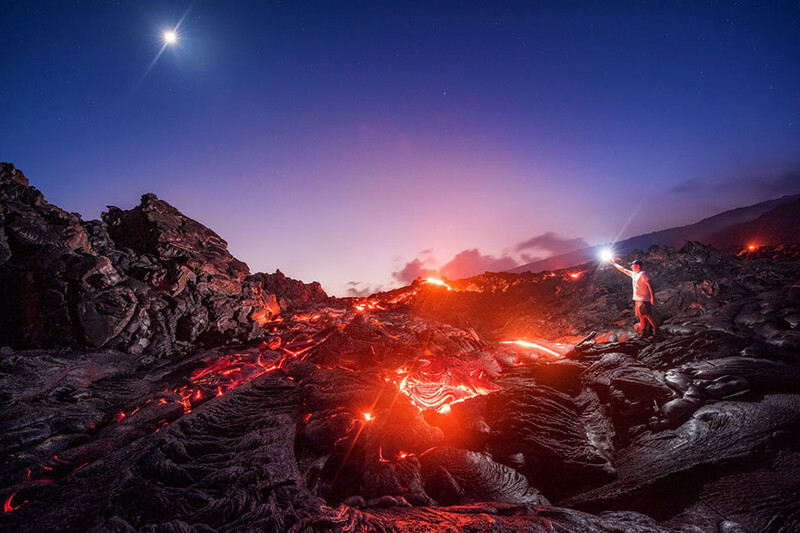 Meteor, Moon, Milky Way, And Lava In One Incredible Photo

13 oct 2016 13:24
Tags: lava   meteor   milky way   moon
300
2
American adventure photographer Mike Mezeul II took an amazing shot that captures the diverse beauty of Mother Nature. Photographed in Volcanoes National Park on the Big Island of Hawaii, it contains the Moon, the Milky Way, a meteor, and a stream of lava all in one image. 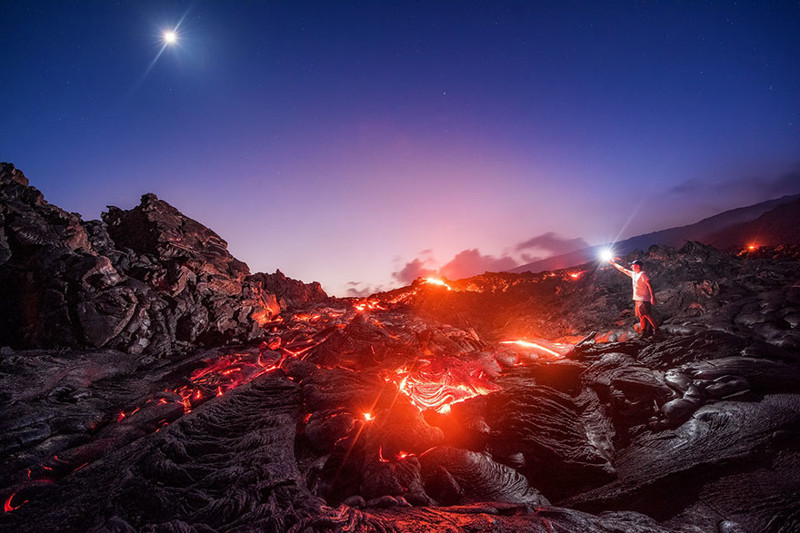 “I was literally in shock,” he told The Huffington Post. “It was my third frame to shoot after the sun had set, and after I saw the meteor, I knew I couldn’t beat that image, so I packed it up and headed back.”
Mike hiked about 13 miles and had only a few seconds to shoot, because there was a huge risk of getting burned: “Some of the most extreme landscape I’ve ever been.” For all photography geeks who are interested in the technicalities, he used a Nikon D810 body and Nikkor 14-24mm lens at ISO 2500, f/2.8, and 25 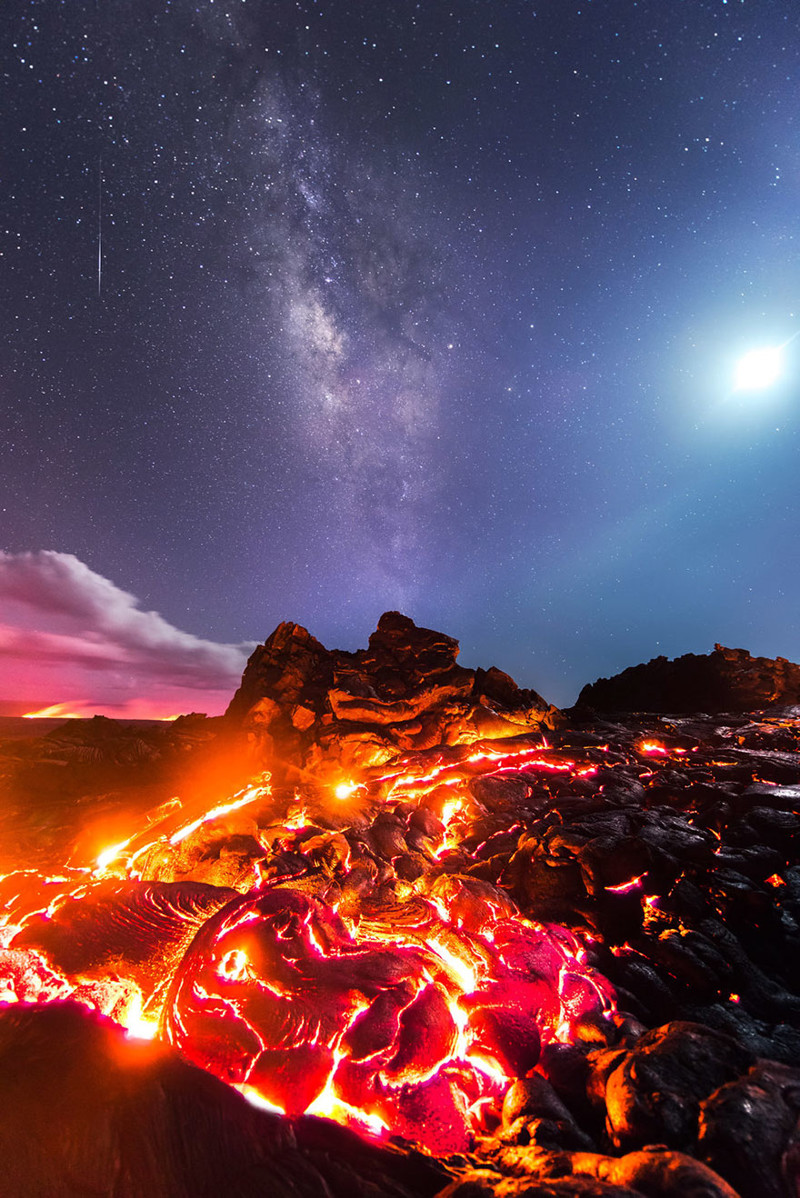