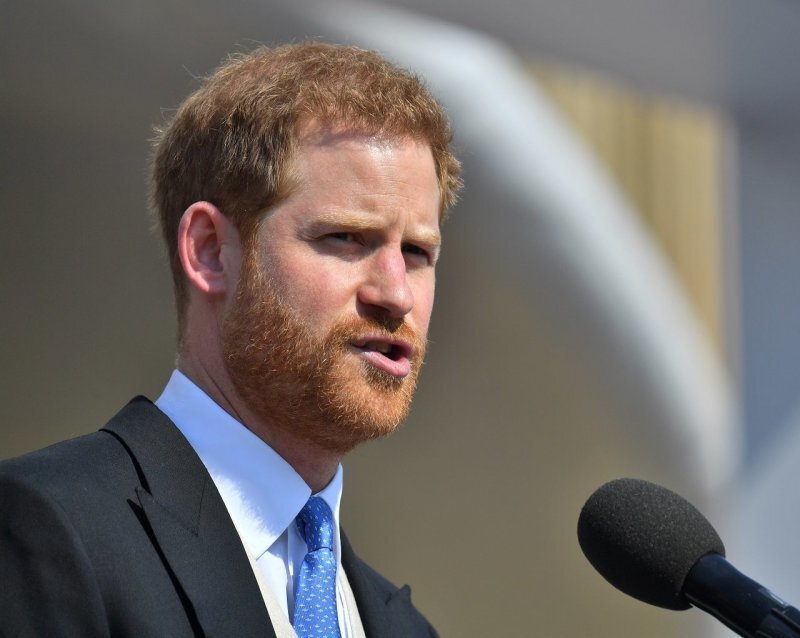 29 may 2018 11:20
0
Prince Harry, the youngest son of HRH Charles, Prince of Wales and Diana, Princess of Wales, is currently the sixth in line to the British throne. As Harry had married his American bride, Meghan Markle on Saturday, May 19, we gathered 30 interesting facts about the dashing, red-haired prince. Prince Harry, the youngest son of HRH Charles, Prince of Wales and Diana, Princess of Wales, is currently the sixth in line to the British throne.

As Harry had married his American bride, Meghan Markle on Saturday, May 19, we gathered 30 interesting facts about the dashing, red-haired prince.

Here they are:
1. Prince Harry was born on 15 September 1984 at St Mary’s Hospital in Paddington, London.
2. He was christened on 21 December 1984 at St George’s Chapel, Windsor, by the Archbishop of Canterbury, Dr Robert Runcie.
3. He is the second son of Charles, the Prince of Wales and Diana, the late Princess of Wales; and is also known as the 'spare prince'.
4. Although he is known as Harry, his full name is Henry Charles Albert David of Wales, so he is officially Prince Henry of Wales.
5. His first overseas trip was to Italy with his parents in May 1985 when he was just eight months old.
6. In 1997 he travelled to South Africa with his father where he met Nelson Mandela and watched the Spice Girls perform.
7. Prince Harry attended Mrs Mynors School, then Wetherby School in London before joining his older brother at Ludgrove School in Berkshire before going to Eton College where he left with a B in Art and a D in Geography.
8. After leaving school, he spent his gap year in Australia, Argentina and Africa, working with a number of different charities.
9. In 2006, Prince Harry set up his own charity called Sentebale with Prince Seeiso of Lesotho in Africa. The charity helps vulnerable children in Lesotho, one of the places he spent time on his gap year.
10. When he turned 18 in 2002 the Queen gave him his own Coat of Arms. He was involved in designing the crest which incorporates an emblem from his mother’s family arms.
11. His official residence is Kensington Palace in London where his brother, Prince William, and sister-in-law, Catherine, also live with their two children.
12. After his gap year he attended the Royal Military Academy Sandhurst, which prepared him for his military career.
13. His military name was Captain Harry Wales.
14. Harry enjoyed a full-time role in the military for a decade, which included undertaking two operational tours of Afghanistan.
15. He was the first member of the royal family to be in combat during his time in Afghanistan since his uncle, Prince Andrew, flew helicopters in the Falklands War in 1982.
16. He supports the English football team Arsenal and can often be spotted at their matches.
17. He also regularly enjoys polo and often plays at charity matches with his brother William.
18. In 2011 Prince Harry trekked to the North Pole to raise awareness for wounded servicemen and women with the Walking with the Wounded charity.
19. Prince Harry was ‘best man’ to his elder brother Prince William at his marriage to Catherine Middleton, now the Duchess of Cambridge, at Westminster Abbey in 2011.
20. Prince Harry rather endearingly admitted to pre-wedding jitters before his brother tied the knot. He said he was “just as nervous as William”.
21. As the less well behaved Prince he keeps his fans entertained with social faux pas and mishaps.
22. Prince Harry has a loyal group of female fans who are referred to as ‘Harry Hunters’.
23. In 2014 a reality TV show in America called ‘I Wanna Marry Harry’ aired in which singletons vied for the attention of a Prince Harry lookalike.
24. His inner circle of friends include Arthur Landon, one of the richest young men in Britain; Sam Branson, son of Virgin businessman Sir Richard; and Thomas van Straubenzee.
25. Prince Harry is currently sixth in line to the throne, since the birth of Prince Louis.
26. Prince Harry played the tambourine in the official song for the Queen’s Diamond Jubilee in 2012.
27. Harry went on his first solo royal tour in the lead up to the Diamond Jubilee where he visited Belize, the Bahamas and Jamaica.
28. In recognition of his time in the armed forces, Harry now organises and promotes the Invictus Games, an international adaptive sporting event for wounded, injured and sick servicemen and women, both serving and veteran.
29. As per Princess Diana’s will, both the princes received their mother’s iconic wedding dress on Harry’s 30th birthday.
30. Harry will wed his heartthrob, American actress, Meghan Markle, on Saturday, May 19; but of course, you already know that!