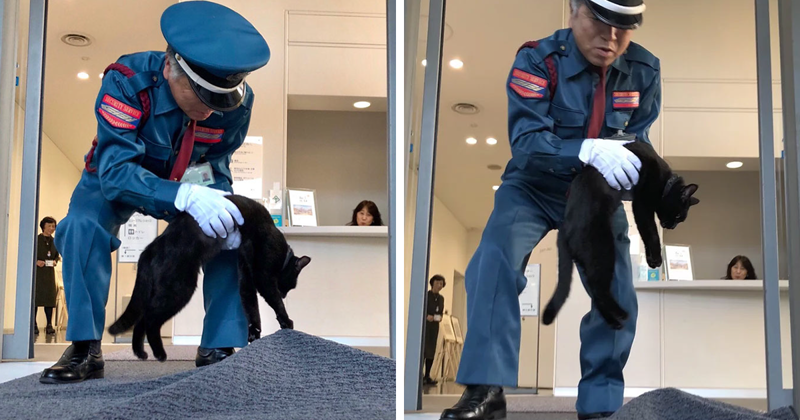 19 nov 2018 11:11
Tags: art   cat   hiroshima   museum   onomichi   security   sneaking
600
31
Animate gif
What do you do after you fail? Purr your disappointment away and try harder. Two devoted art lovers have been trying to get into the Hiroshima Onomichi City Museum of Art for YEARS now, but have been consistently kicked out just as they were entering it. Meet Ken Chan and Gosaku, the most persistent feline out there.

There are the two culprits. The black one

And the ginger one

Just days after the exhibit opened, an unusual visitor arrived, creating the best publicity for the event you could imagine

The security guard, however, blocked its path at the front door

But this time it brought its ginger friend

Sadly, the two of them were forced to turn around

The two have probably taken residence somewhere nearby the meowseum, because they keep coming back again and again

But while they haven’t yet officially made their way inside

Taking a break from attempting to get in I’ve Made A Fine Art Museum For My Guinea Pig, And She Seems To Have Enjoyed It 16 Hilarious Comics That Reveal The Reality Of Having A Cat