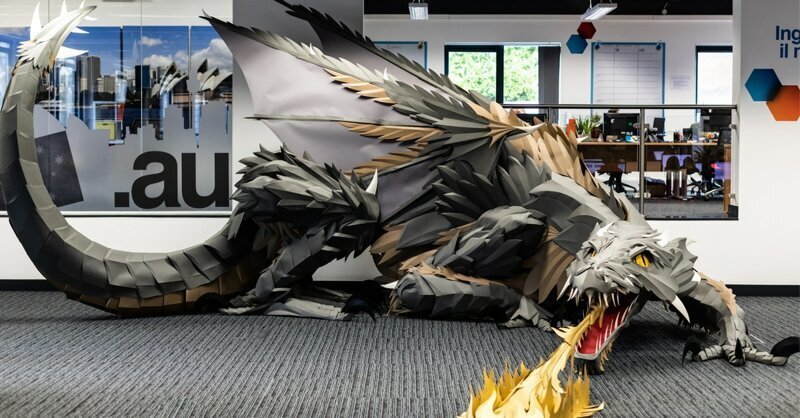 12 apr 2019 12:32
Tags: dragon   game-of-thrones   installation   office   paper   sculpture
0
9
1
If you’ve been keeping up with HBO’s series Game of Thrones over the past seven seasons, you know that winter is finally here. The eighth and final season begins on April 14, 2019, and people around the world are celebrating its return. Office stationery suppliers Viking Direct have gone well beyond your standard viewing party and are instead playing hosts to a giant dragon art piece inspired by the show. 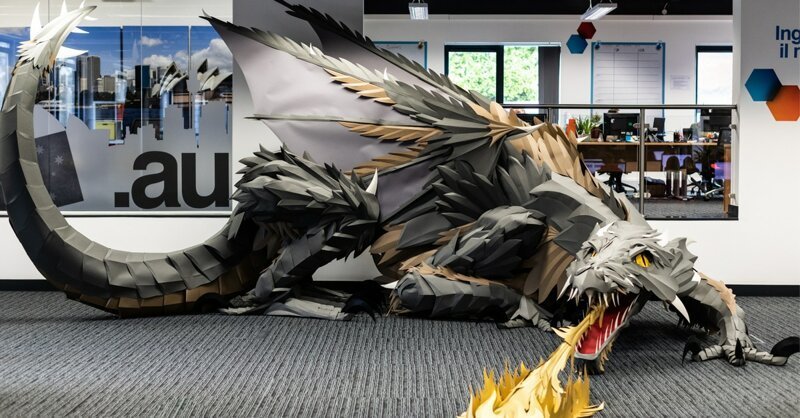 The Viking management worked with artist Andy Singleton in the production of the paper sculpture. To design the creature, Singleton started with a sketch and then built a small-scale model to iron out the three-dimensional details. It took him 100 hours in the studio to construct the sculpture—completed in sections for easy transport—and an additional 10 hours to install it in the Viking Office.
The result is a fearsome beast that although inspired by Game of Thrones, wholly represents Singleton’s vision. “I wanted parts of the dragon’s armor to look like faceted minerals,” the artist said in a press release, “but also to have softer elements almost like fur on the underside. The color choices just felt right when I was selecting the specialist paper.”

The beast’s presence was a delightful surprise for the rest of the team and now resides in their cozy office setting. But once the dragon has enjoyed its time at Viking Direct, it will be donated to a local school to inspire the creativity of the students there. 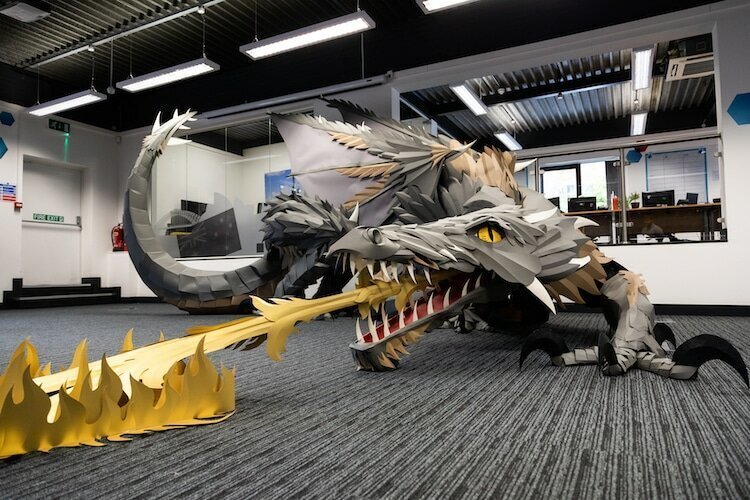 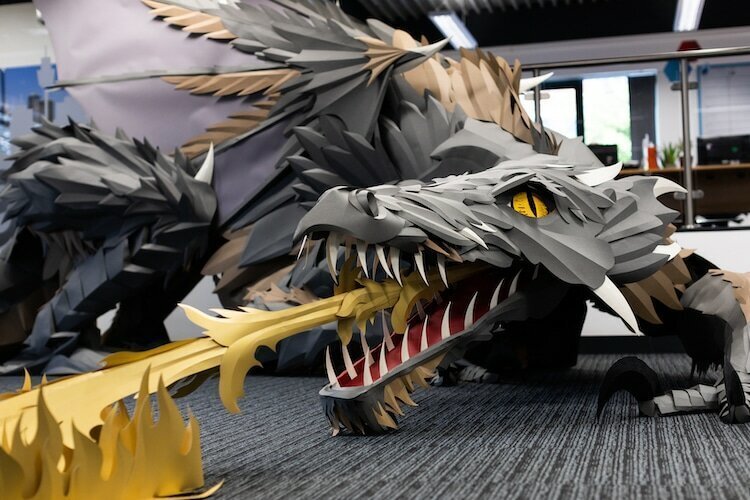 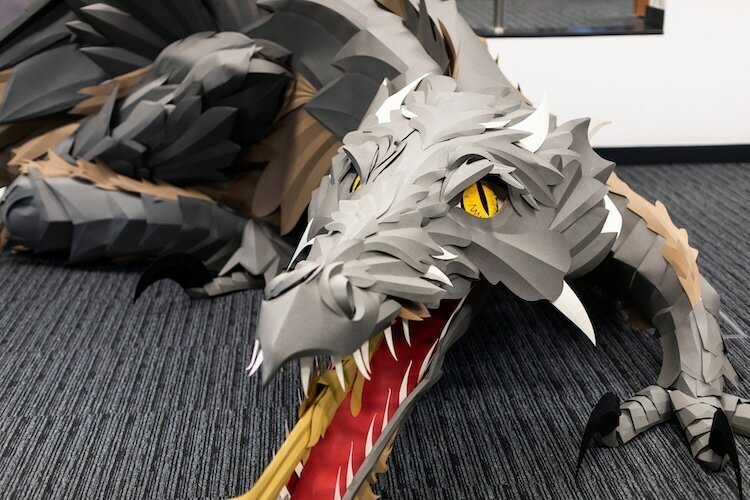 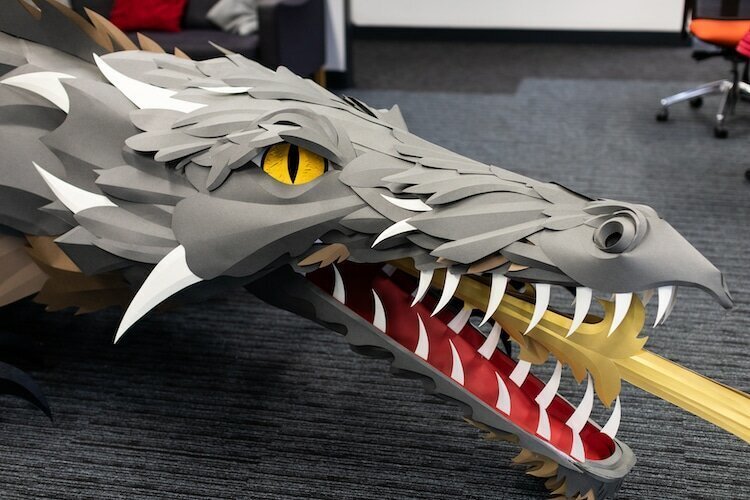 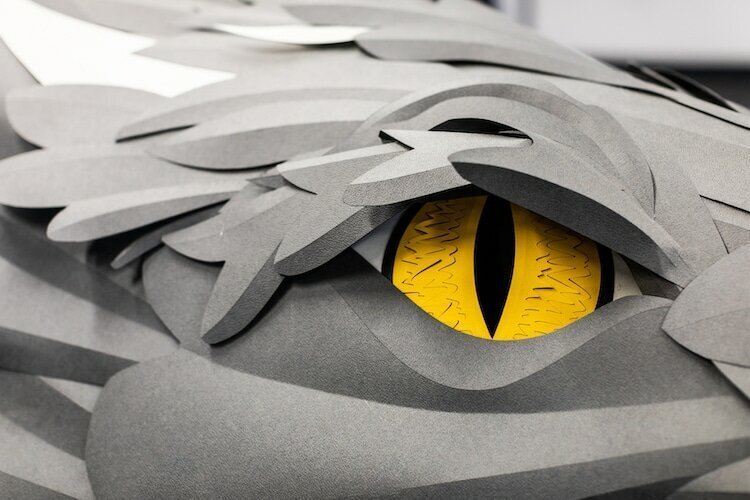 Singleton spent 100 hours in the studio creating this sculpture and an additional 10 hours installing it in the Viking Direct offices as a surprise for the staff. 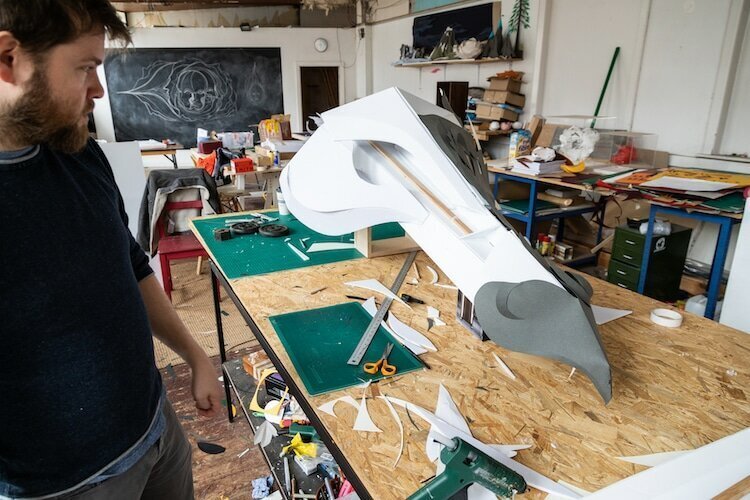 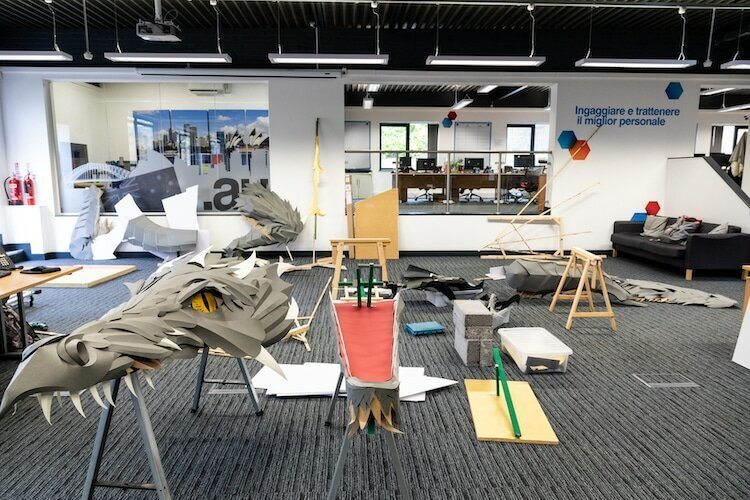 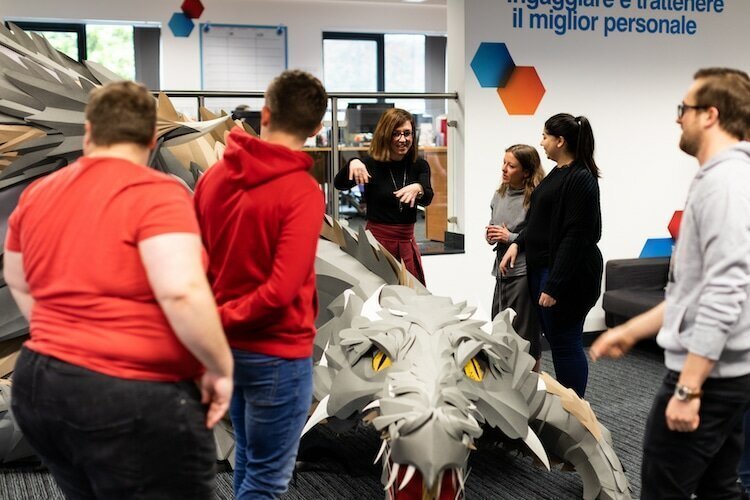 Japanese Artist Turns Product Packaging Into Art, And The Result Will Amaze You If You Give A Creative Person Paper, They Can Make Smth Like This This Girl Turned A Bucket Of Paper Mache Into A Masterpiece. Italian Sculptor Creates Marble Masterpiece In 7 Years And People Can’t Believe It’s All Marble
We need to be sure you are not a bot. Type the characters you see in the picture below.
Обновить