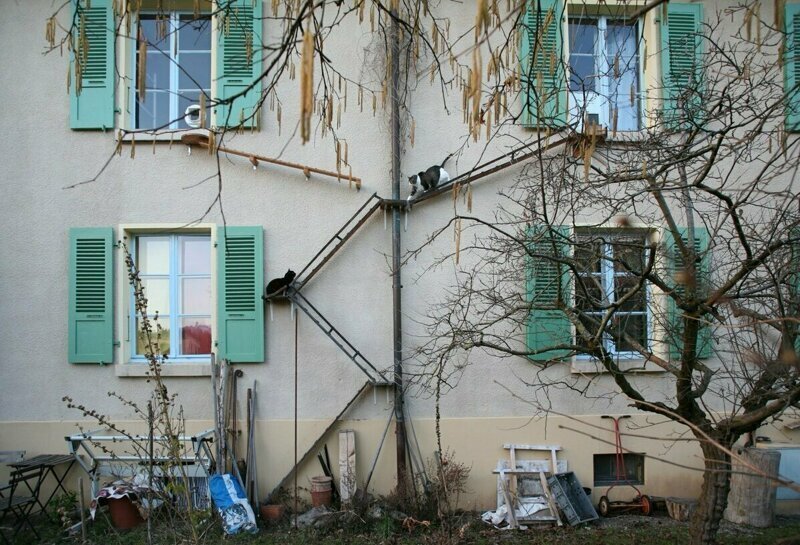 14 oct 2019 16:03
Tags: cat   europe   feline   house   ladder   photo
0
13
Imagine, if you will, what it’s like to be an average cat. You live with your owner on the fourth floor of an apartment building and, like so many of your fellow felines with exposure to the outside world, you have a fierce case of wanderlust. Смотреть все фото в галерее
In most parts of the world, you’d be stuck at home until someone comes and lets you out. But in certain European countries, human residents have built outdoor climbing aids, called cat ladders, to help their feline friends come and go as they please. Homemade cat ladders are as architecturally eclectic as they are charming. Despite their whimsical photogeneity, cat ladders haven’t yet been thoroughly documented. The graphic designer and writer Brigitte Schuster aims to change that. She had spotted the occasional cat ladder in her native Germany, but it wasn’t until she moved to Bern, Switzerland, six years ago that she realized how popular they were. This Cat Has A Good Hair Day Every Day
We need to be sure you are not a bot. Type the characters you see in the picture below.
Обновить