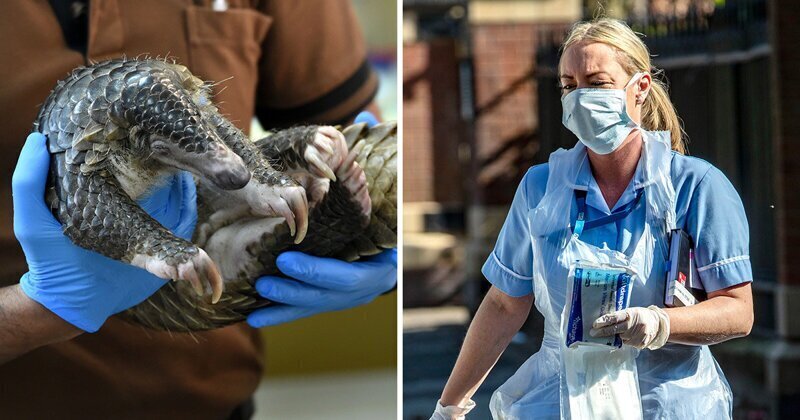 30 mar 2020 13:17
Tags: COVID-19   china   coronavirus   link   pandemic   pangolin   study
0
4
Pangolins are scaly, anteater-like creatures found in Asia that are routinely trafficked and smuggled for both food and medicine. A new scientific study, appearing in the Journal of Proteome Research, has found these mammals also cary coronaviruses similar to the one currently sweeping across the world. Most experts think that bats in China are the original host of the SARS-CoV-2 virus which has caused the COVID-19 pandemic. However, for it to transfer to humans it needed to pass through an intermediary. At first, this was thought to be snakes but now researchers think pangolins may be the missing link. They identified protein sequences in sick pangolins’ lungs that were 91% identical to the human virus’ proteins. These were found in Malaysian pangolins smuggled into China – which just raises the question of where they contracted the virus from in the first place. Crucially, the link hasn’t been confirmed – all the study says is that these creatures carry similar strains. The experts say further surveillance is needed on wild pangolins to understand the risk of potential transmission to humans. Exactly how the coronavirus moved from bats to humans remains a mystery.

Similar strains of coronavirus have been found in smuggled pangolins 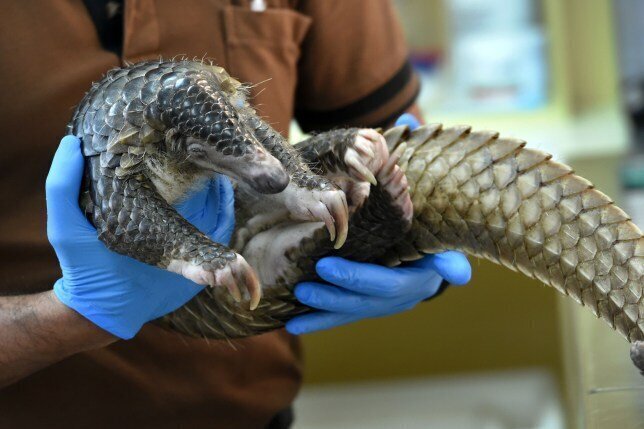 Either way, the scientists say that more needs to be done to stop the illegal trade in pangolins around the world. Pangolins are considered a delicacy in China while their scales are used for traditional medicine. They are believed to be the most trafficked animal in the world with one pangolin being removed from the wild every five minutes. Lead researcher Dr Tommy Lam of The University of Hong Kong told the BBC: ‘Although their role as the intermediate host of the SARS-CoV-2 outbreak remains to be confirmed, sale of these wild animals in wet markets should be strictly prohibited to avoid future zoonotic [animal to human] transmission.’ Meanwhile, the fight against the pandemic goes on with scientists working quickly to find drugs that can help treat the disease while a vaccine is being developed. 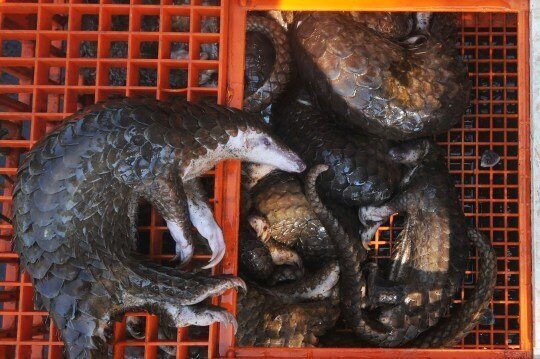 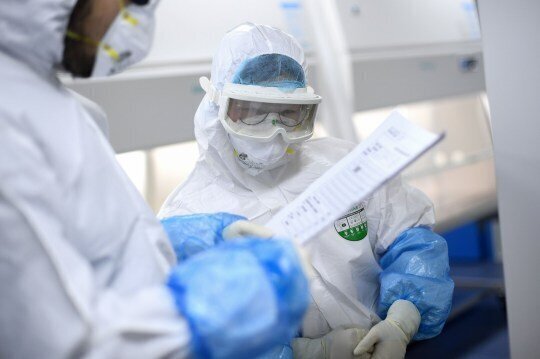 Research Professor at Imperial College London, Prof Graham Cooke, told Metro.co.uk that some HIV drugs may be used to help treat coronavirus patients. Professor Cooke said: ‘There is some evidence from laboratory studies that some HIV drugs might also be active against SARS-CoV-2 and a trial has been underway for a while using these drugs against MERS.’ ‘A number of studies are looking at one drug in particular, Kaletra, but there are no results available yet. If HIV drugs did show an effect, one advantage is that it would potentially be possible to supply them quickly.