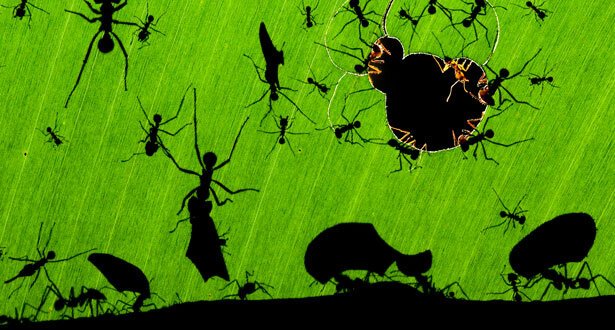 The winners of this year's Veolia Environnement Wildlife Photographer of the Year have been announced and above is a sneak peak at five of the lauded images. Hungarian photographer Bence Máté scooped the top prize for his mesmerising shot of leaf-cutter ants in Costa Rica, and this stunning image forms part of a collection of more than 100 photographs. The unmissable exhibition is due to debut at the Natural History Museum this week, before embarking on a national and international tour.

A Marvel of Ants 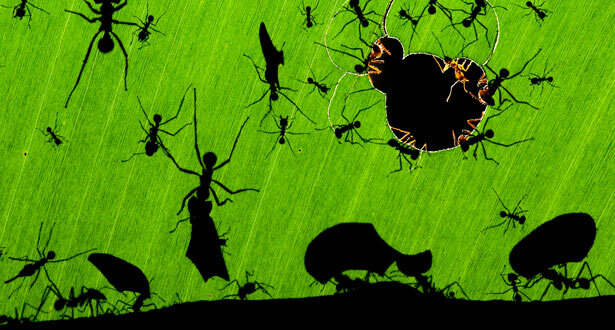 When Bence first tried to photograph leaf-cutter ants in action, he thought it was going to be easy. It wasn’t, but relishing the challenge, he found out as much as he could about their complex society and spent hours watching and following them in the Costa Rican rainforest. ‘They proved to be wonderful subjects,’ says Bence, who discovered that they were most active at night. He would follow a column as it fanned out into the forest. Each line terminated at a tree, shrub or bush. ‘The variation in the size of the pieces they cut was fascinating - sometimes small ants seemed to carry huge bits, bigger ones just small pieces.’ Of his winning shot, he says, ‘I love the contrast between the simplicity of the shot itself and the complexity of the behaviour.’ Lying on the ground to take the shot, he also discovered the behaviour of chiggers (skin-digesting mite larvae), which covered him in bites. 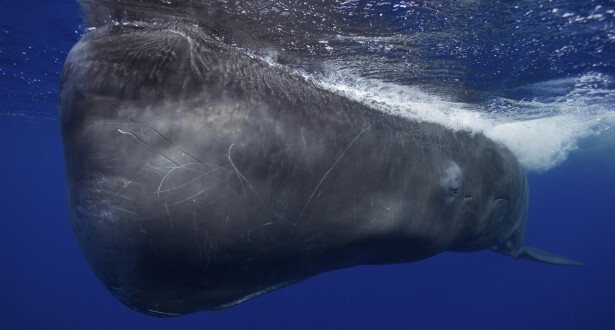 Scar, a ten-year-old sperm whale, loves playing with people as much as he does with the other sperm whales in his group. Injured as a calf off Dominica, where he was born, possibly by a pod of pilot whales, he has since bonded with people and invites contact. Scar came right up to Tony when he was snorkelling, resulting in an unusual perspective of the world’s largest predator. His massive head is a third of his body length, and he may well grow to be up to 18 metres (59 feet) long. Says Tony, ‘It’s a bit unnerving when you’re in the water and a nearly full-grown whale charges at you at high speed - and you’re not 100 per cent sure it’s Scar.’ 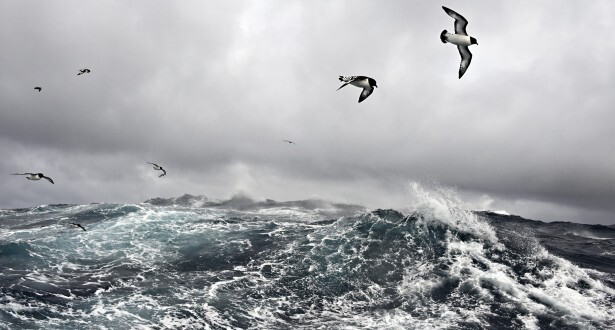 The Scotia Sea crossing to the Falkland Islands was a rough one, and the ship was battered by storms. Suffering from a bad bout of seasickness, Ben clambered on deck, determined to photograph the birds that had been tirelessly following the ship. ‘Unlike us, they were completely at ease,’ says Ben. ‘I was in awe of them. They would bank when caught up in the headwinds, turn and begin the chase all over again.’ At times the sky was full of birds, mostly Cape petrels. As the light faded, Ben anchored himself to the railings at the stern, leaning out to photograph the petrels riding the wind in the wake of the ship. 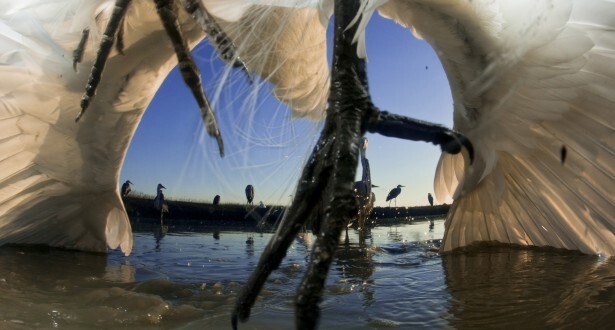 When photographing birds from his waterside hide in Hungary’s Kiskunsági National Park, Bence would sleep in the hide. It was the only way to photograph the birds at dawn (entering the hide at that time would have disturbed them). Bence rigged up a special setup to get a water-level view of his subjects. ‘The camera was in an aquarium 3 metres (11 feet) away, linked to my laptop,’ says Bence. ‘So whenever I took a picture, I could immediately see it on the screen.’ To get around the problem of the birds smearing the aquarium with muck, he fixed a spool of transparent printer’s film to the front, so he could, by remote control, roll around a clean piece. ‘This technique, plus my fisheye lens, gave me a new perspective.’ This shot is his favourite - a grey heron that had perched on the hide suddenly swooped down on a great white egret standing on the aquarium. The legs are the heron’s, the wings the egret’s. 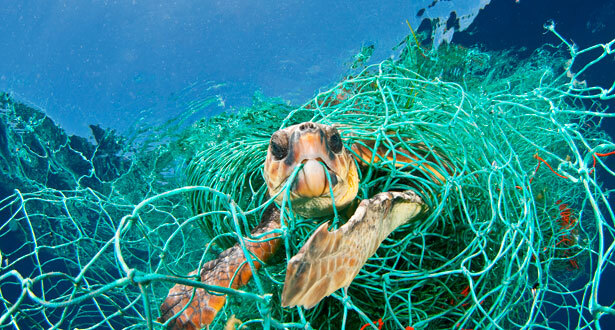 It’s an image that communicates in one emotive hit the damage being done to the world’s oceans. Jordi came across this desperate scene when sailing between Barcelona and the Balearic Islands, hoping to photograph dolphins. ‘I spotted the abandoned net drifting along the surface,’ says Jordi. As he dived down to investigate, he could see the loggerhead turtle tangled up in the netting. ‘The poor creature must have been trapped for some days, it was so badly knotted up.’ Though it could just reach the surface to breathe by extending its neck, it was still sentenced to a long, cruel death. ‘I felt as though it were looking at me for help as it tried to bite through the netting.’ Jordi released it, allowing one individual a second chance. Given that all species of sea turtles are endangered, they need all the help they can get.