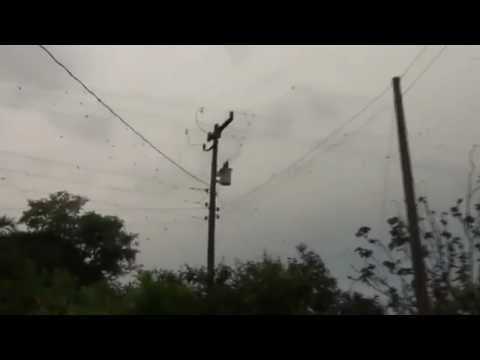 It's raining spiders in Brazil

Hundreds, or maybe thousands, of spiders between two poles in the town of Santa Antonio de Plantina in Parana, Brazil. We don’t know why they’re acting like this, we’re trying to find out and will post if anyone gets back to us with an answer. It’s hard to get a still shot that does video justice. It looks like the spiders have the house surrounded. The guy filming it just keeps saying, “it’s raining spiders!” This is pure horror movie material. None of these still images does the video justice, you have to watch. Keep in mind that each image is only a small area compared to the total. They’re everywhere surrounding the house: 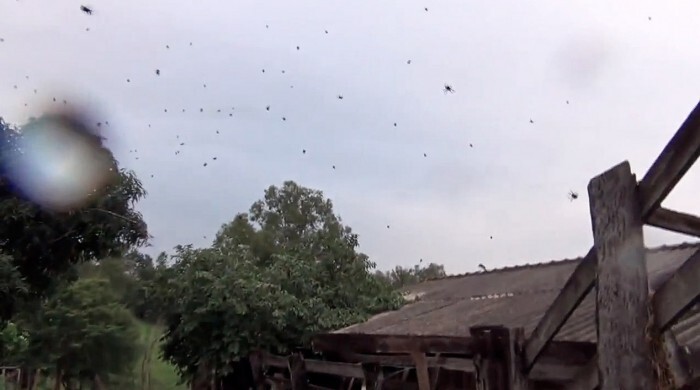 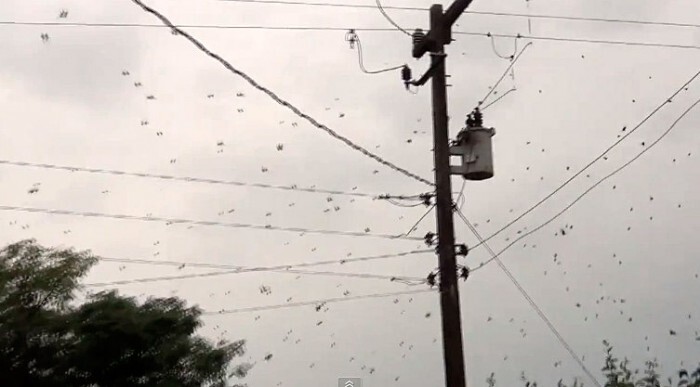 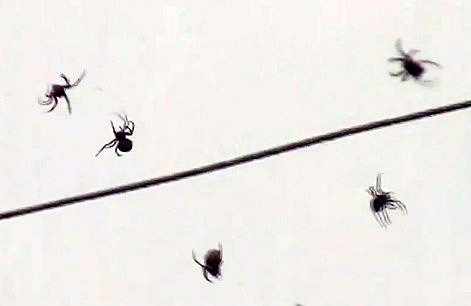