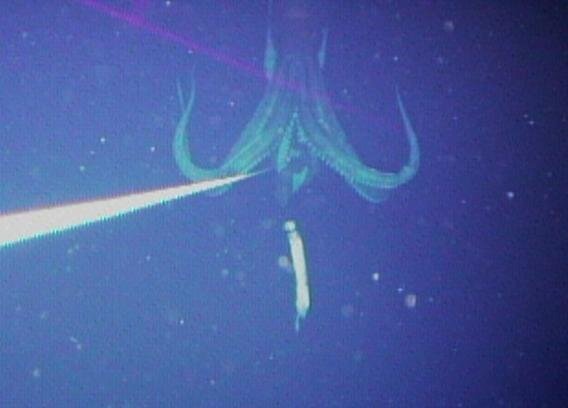 It's believed that giant squid (genus Architeuthis) can grow up to 55 feet long. The individual captured on video via a small submarine located in the North Pacific Ocean was about 30 feet long and silver and gold in color, marine biologist Edie Widder, who helped to shoot the footage, said. Her colleague Tsunemi Kubodera added that the squid was missing its two longest tentacles. 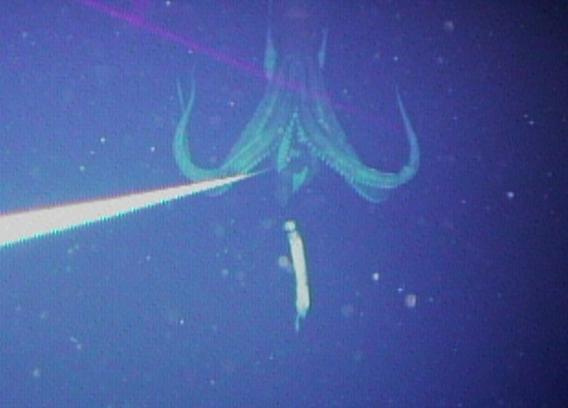 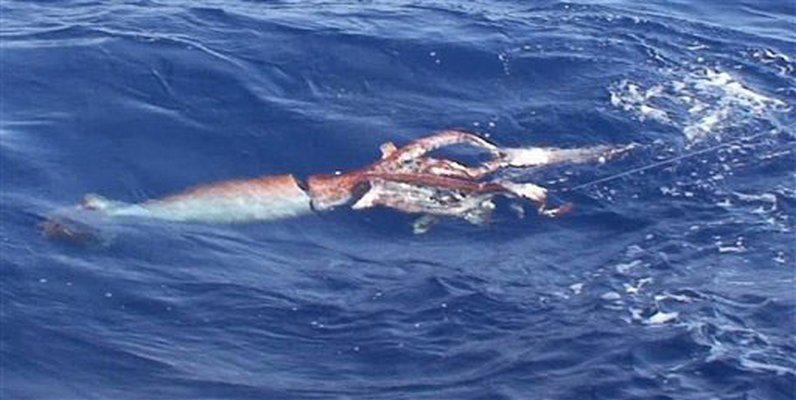 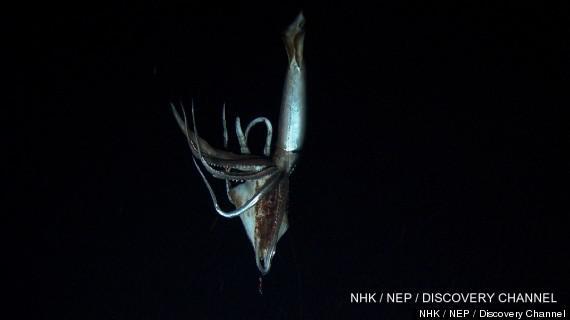 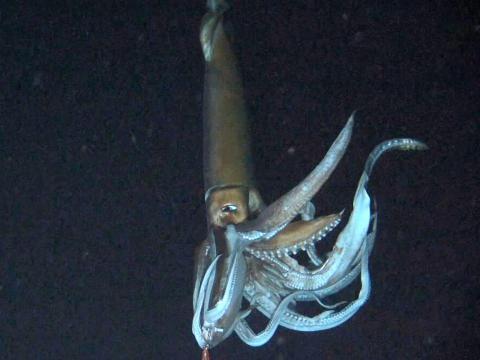 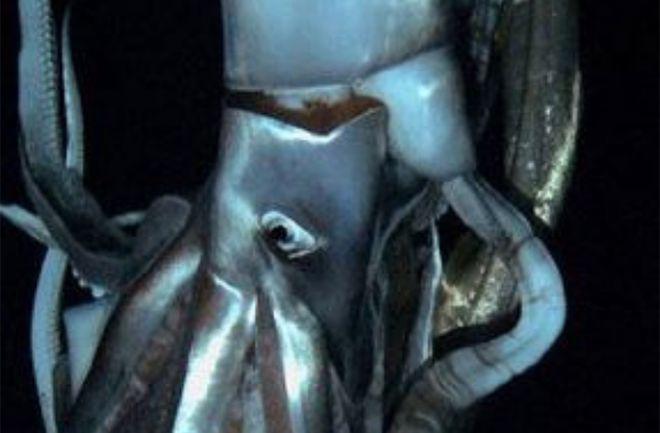