What if We Still Had Dinosaurs?

Dinotopia is an illustrated fantasy book series by artist James Gurney that imagines a world in which dinosaurs exist alongside humans. Gurney was inspired to create Dinotopia after working on a series of illustrations of ancient civilizations for National Geographic back in the 1980s. The Dinotopia series began with Dinotopia: A Land Apart from Time in 1992. Gurney has since created three follow-up books. Gurney’s Dinotopia art is the subject of a solo exhibition at the New Hampshire Institute of Art through March 13, 2013. 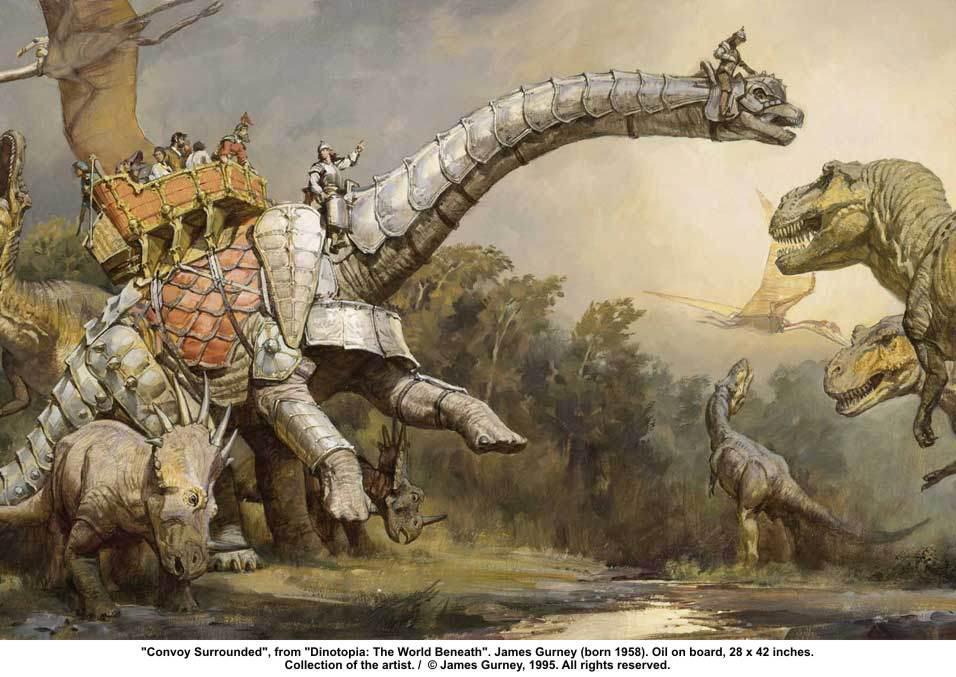 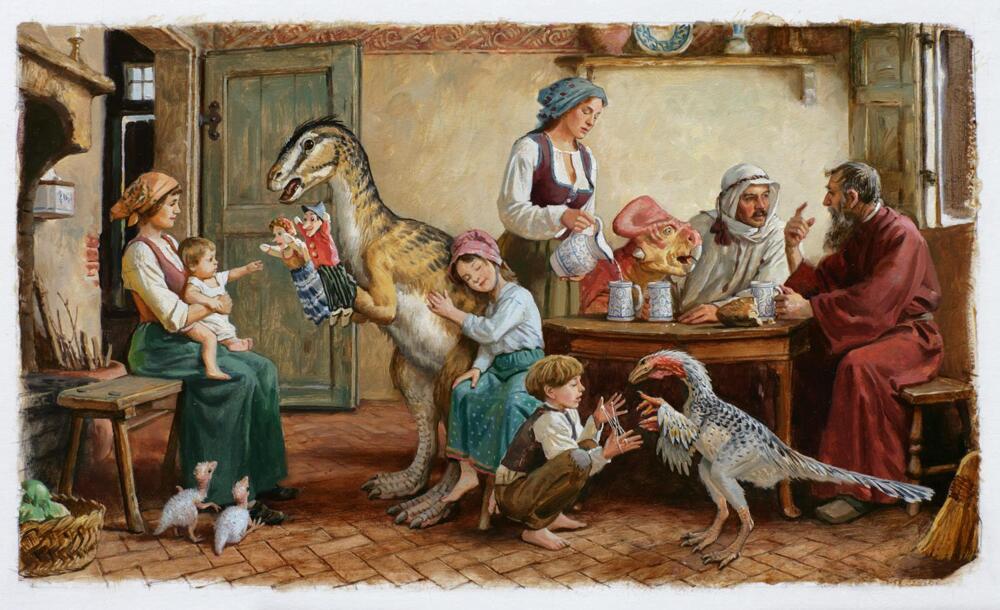 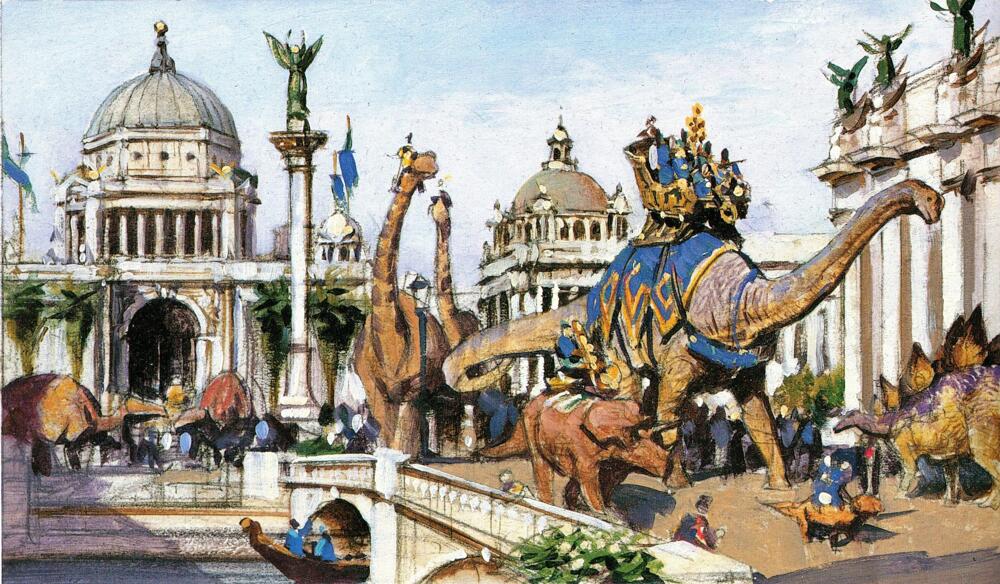 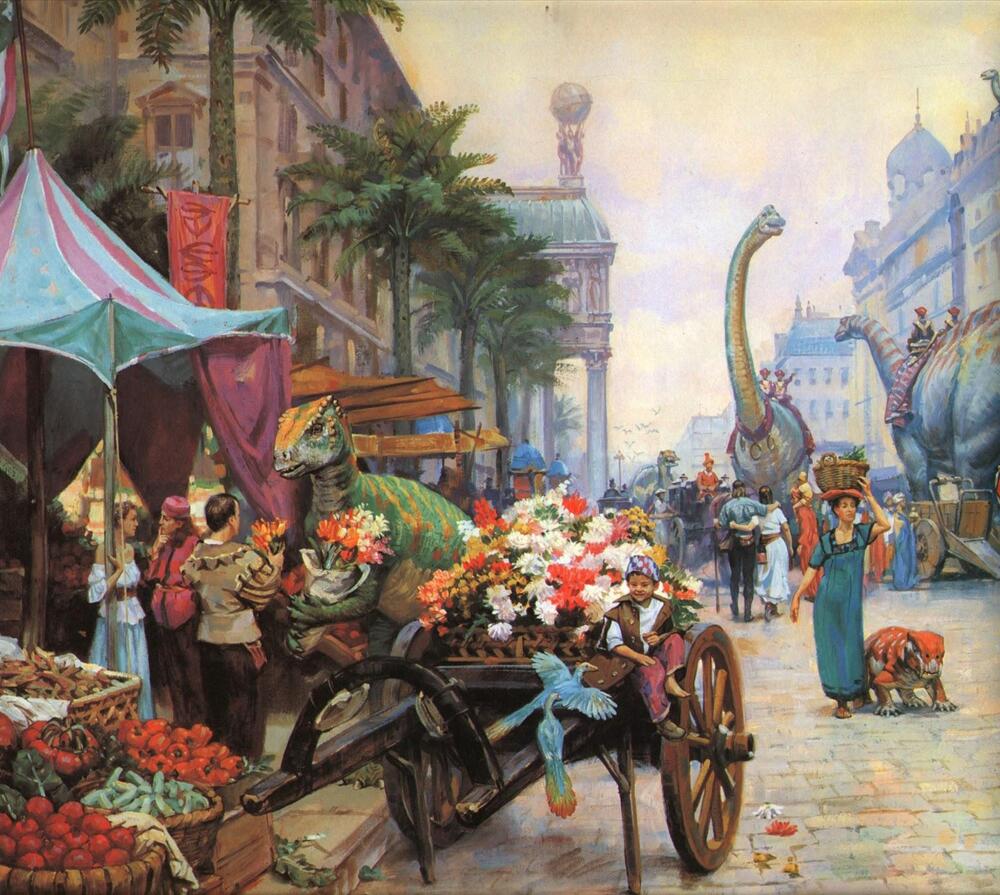 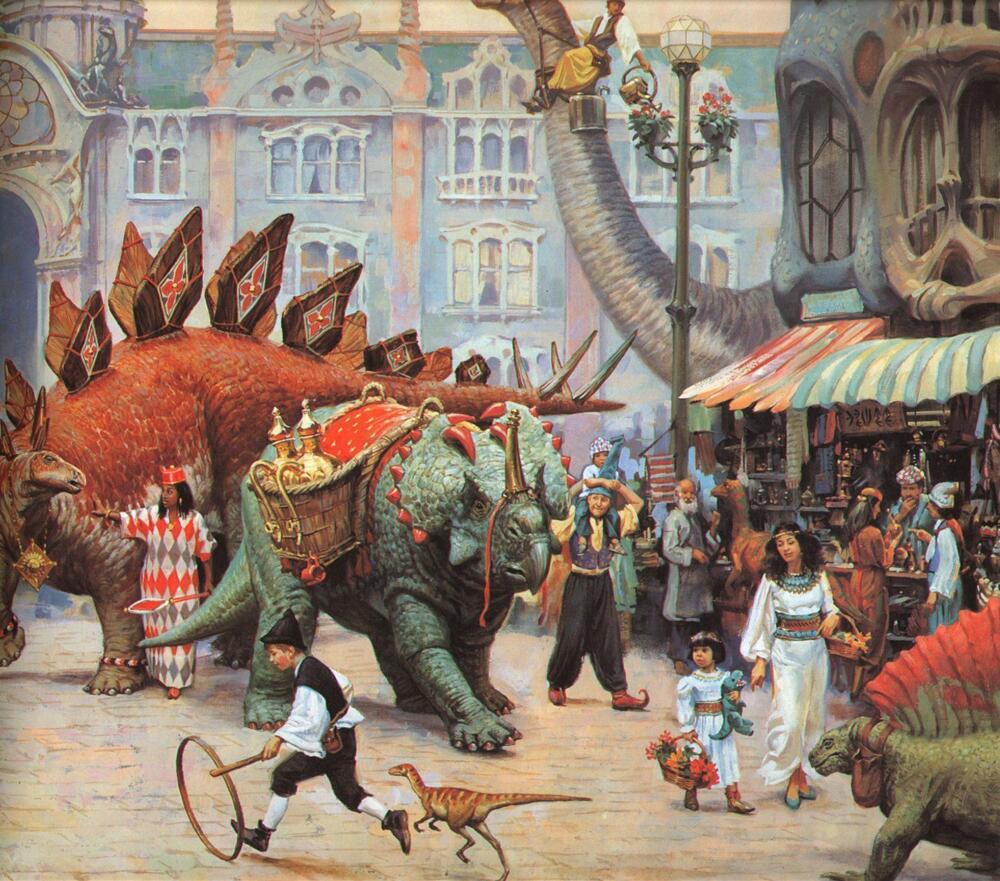 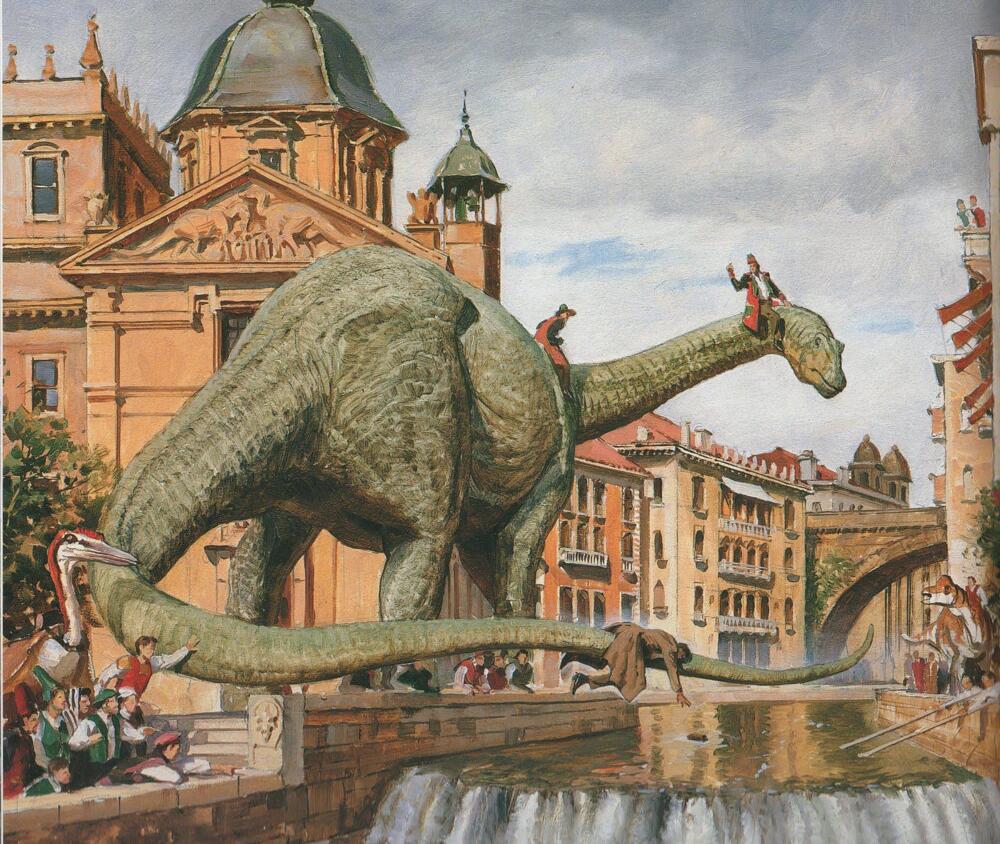 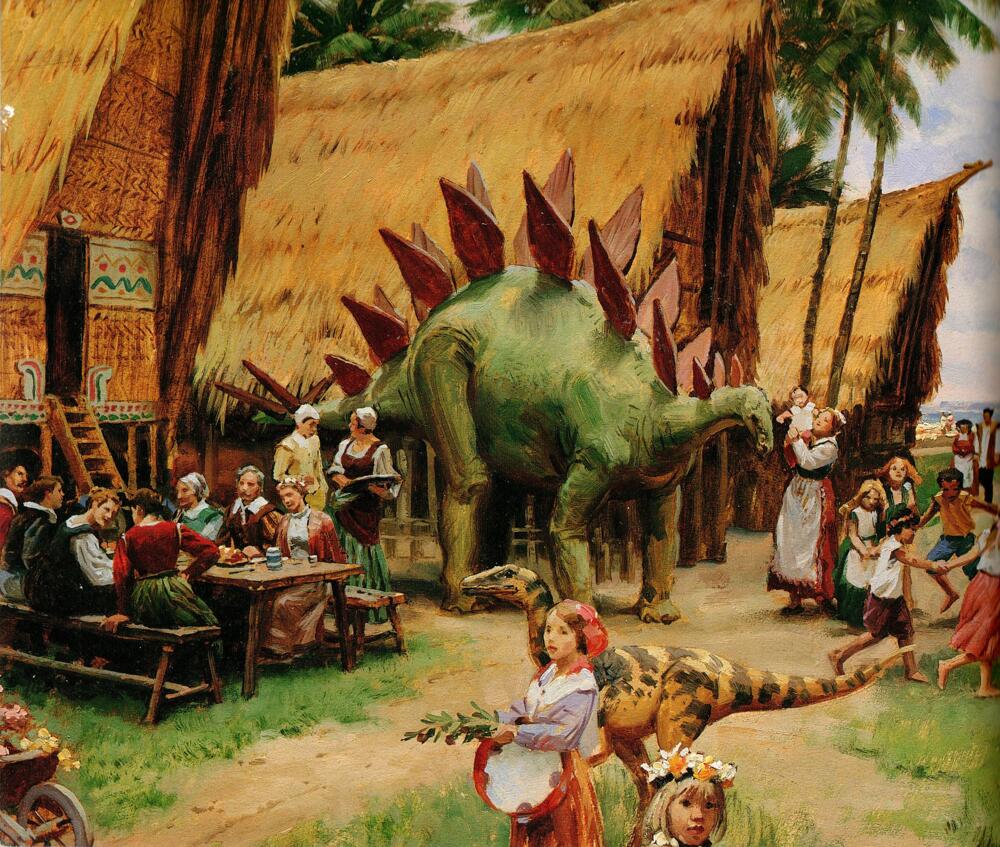