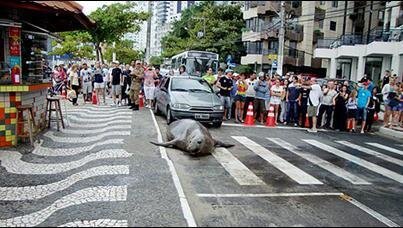 Imagine you coming home from work or going groccery shopping and boom there's  a sea lion crossing the street. Leaving by the sea has it's advantages including a live sea lion show right in the middle of your street. The funniest thing is that the animal did obey the law by using a zebra crossing to make its way across the street:)telegraph.co.uk reports:

The half-tonne creature crawled out of the water in the beach resort of Balneario Camboriu in the southern state of Santa Catarina, then found its way onto the town's main boulevard.

Traffic ground to a halt for 20 minutes as the three-metre long sea lion slid across the busy road.

Police and firefighters threw water over the sea lion to keep it wet until it returned to the water an hour and a half later. 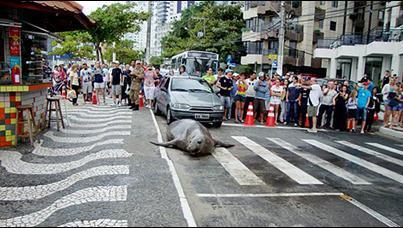 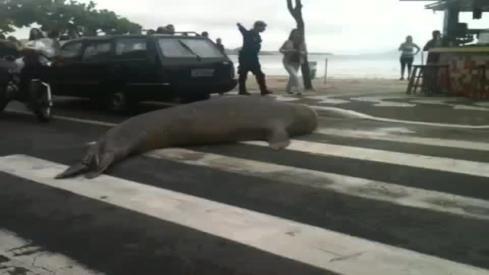