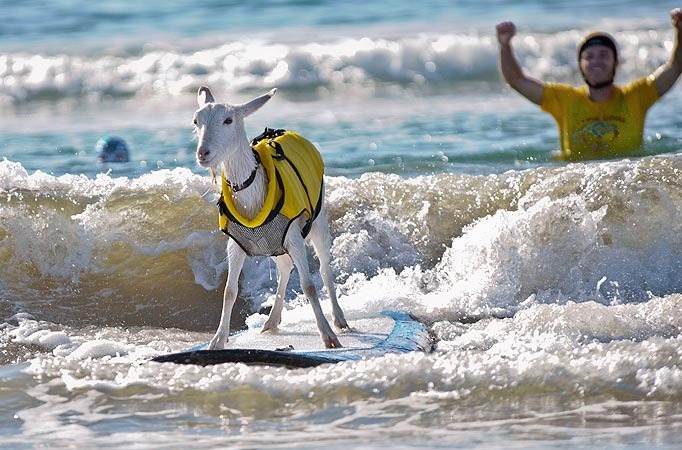 Goatee the surfing goat isn’t the first animal to hop on a surfboard, but it is the latest to receive media attention. Two-year-old Goatee, the pet of Dana McGregor, became a local celebrity in Grover Beach, California. Dana McGregor says: “I just think it’s all hilarious. It’s just funny. Going with her everywhere and friends calling me up everywhere and just going, your goats famous… You know it hasn’t gotten to her head yet. She doesn’t even know it and that’s probably a good thing.” Mr McGregor had bought Goatee to eat weeds in his garden but soon became fond of her and kept her as a pet. He discovered her hidden talent after taking her to the beach for a treat.

The surfing goat from California Man is surfing with his goat Hugging with a pet goat A goat on a surfboard The Surfing Goat, Goatee &amp; Me