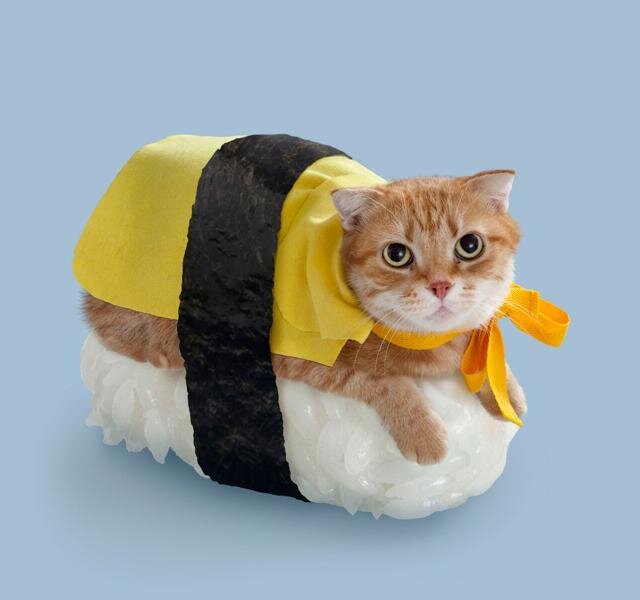 Sushi Cats (Neko-Sushi) by the Japan-based company Tange & Nakimushi Peanuts are a series of photographs of cute dressed up felines resting on top of sushi rice.

"Neko-Sushi is an extremely unusual life-form consisting of a cat on top of a portion of sushi rice.
Although several references have come down to us through history from various researchers and witnesses, their existence is still shrouded in mystery and actual sightings remain rare. There are several academics who have devoted their lives to the study of these creatures. According to a number of these, Neko-Sushi make use of gaps in space to come to us from an alternate dimension. Beyond these “gaps” lies the world of the Neko-Sushi in which, it is recently understood, lies the true identity of the cats that dwell with us here in the human dimension." 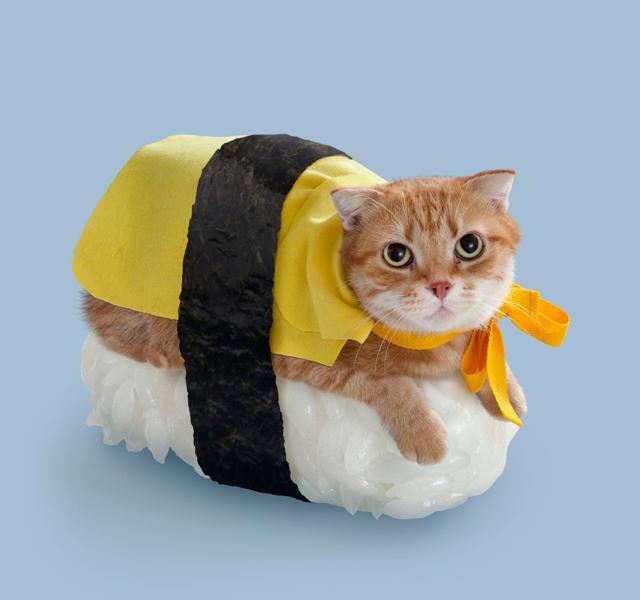 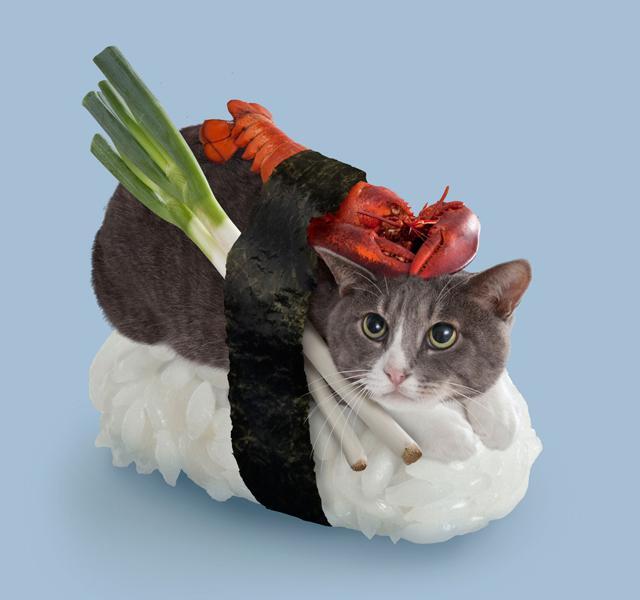 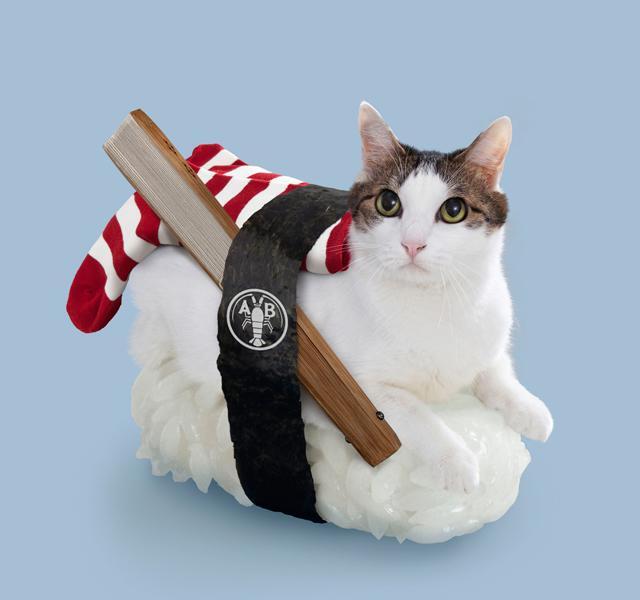 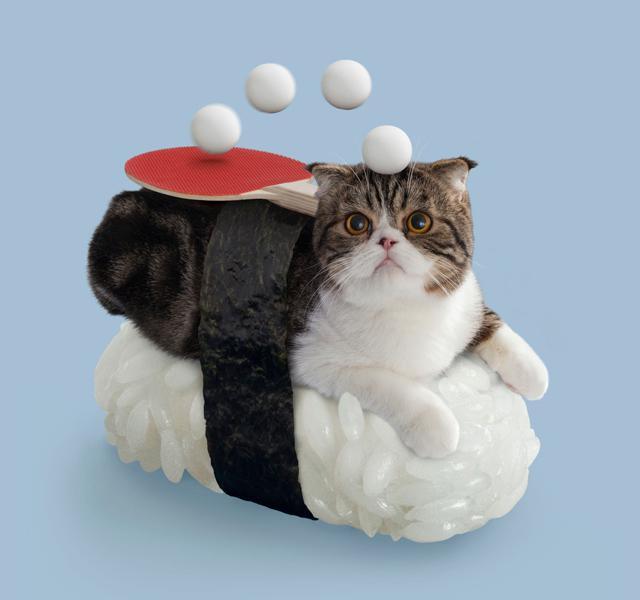 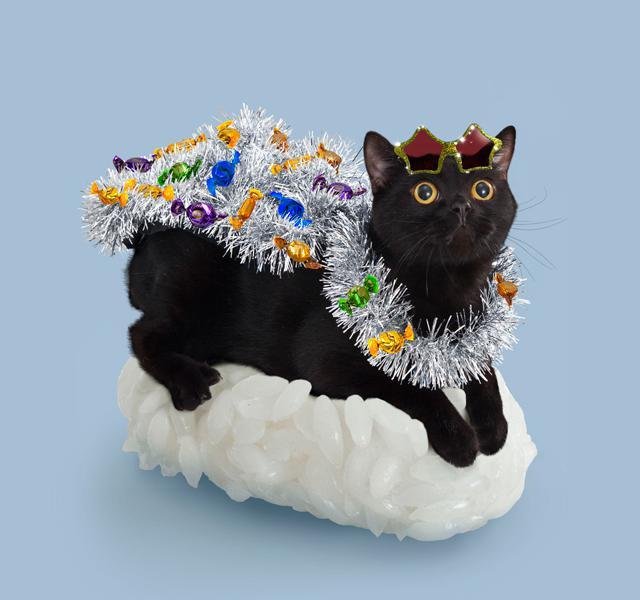 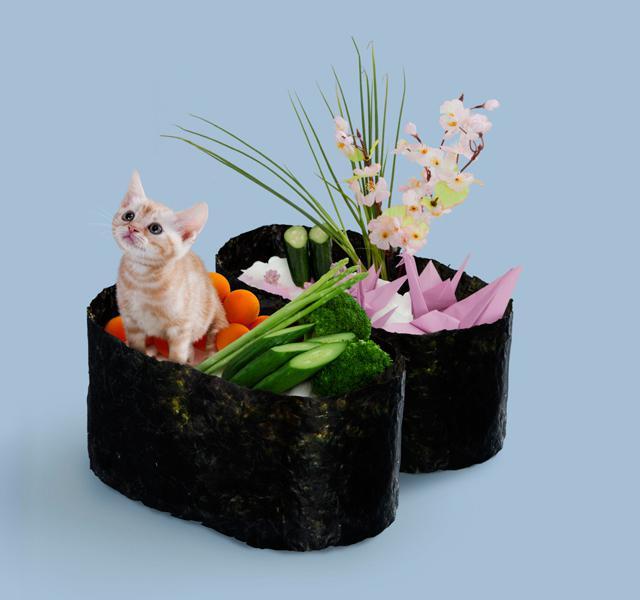 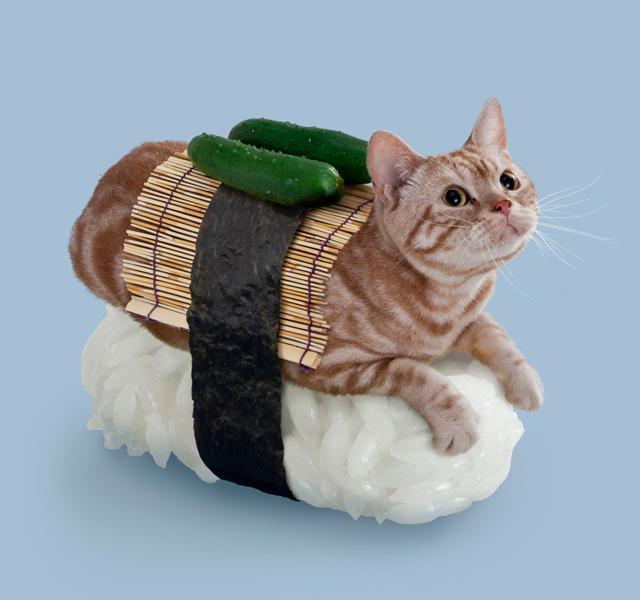 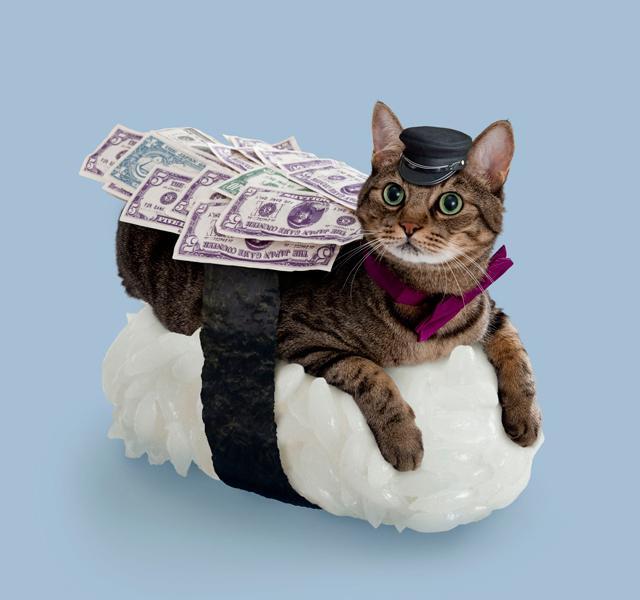 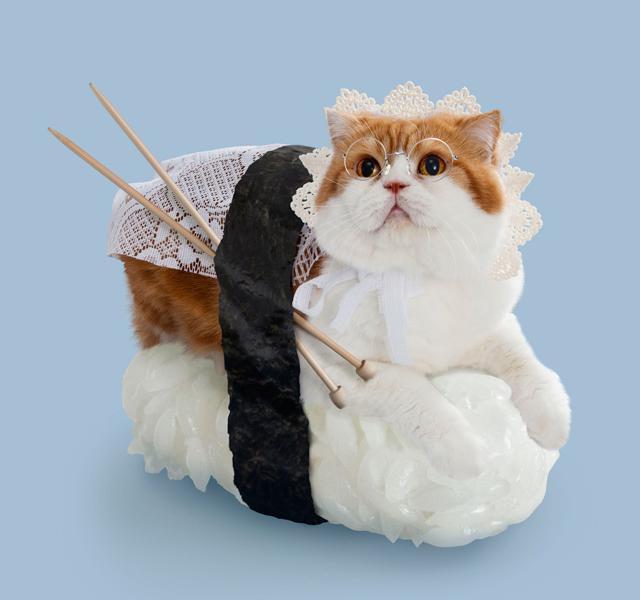