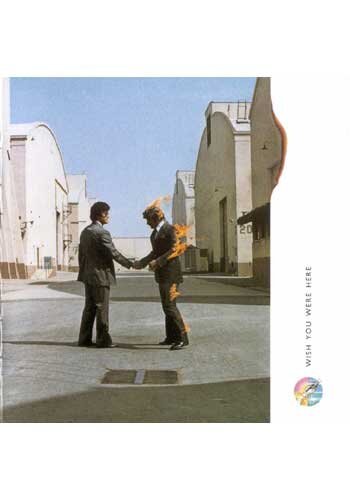 There used to be a day when the artists album covers actually meant something. Something artistic and powerful. I've put together a list of albums that should always be remembered for their cover art, as well as what holds inside them.

Wish You Were Here - Pink Floyd

0
Смотреть все фото в галерее
How do you follow Dark Side of the Moon's iconic artwork? Set a man on fire, that's how. For the overall concept, Thorgerson had centred on the idea of absence, with the album shrink-wrapped in a dark colour to hide the artwork - a somewhat peverse idea when that artwork was so cool - with the gesture of a handshake between the two men being inspired by Welcome to the Machine and Have a Cigar and by the idea that people hide their true feelings (the shrinkwrap) for fear of 'getting burned' (the cover) underneath. EMI were initially unhappy with the 'non-cover' but, says Storm, "after we stuck a cow on the front of Atom Heart Mother [an earlier album] they knew that anything to do with Pink Floyd was difficult."

0
A very naughty baby angel, with a mischievous look and cig in hand. Proof that Rock 'n' roll can corrupt anyone or anything. The Devil's got the best tunes, but this Angel's got Jump and Hot For Teacher underneath its cover.

Born in the USA - Bruce Springsteen

0
The quintessential American image for the quintessential American artist, the cover for Born in the USA did exactly what it said on the tin. The American flag as the backdrop and the uniform of blue jeans, white shirt and red cap of the American blue-collar worker which The Boss celebrated in his lyrics. Shots were taken of Springsteen facing the camera but this one made the cut; Springsteen remarking, "The picture of my ass looked better than the picture of my face, so that's what went on the cover".

0
Quite simply, an utterly iconic image, with the Fab Four themselves at their coolest: John resplendent in a white suit, Paul barefoot. Perfectly in harmony, and utterly British. The crossing itself was given Grade II listed status in 2010 - there aren't many traffic artefacts that can boast that.

Number of the Beast - Iron Maiden

0
No gallery of cool album covers would be complete without an appearance from Eddie, Iron Maiden's mascot and constant companion. Everything Riggs has ever done has been incredible, but we've opted for Number of the Beast. Originally the cover was designed for a single called Purgatory so Riggs opted for a heaven and hell design, which the band liked so much that they used it for the album. Amazingly, the call for the artwork came on a Friday and Riggs submitted it the following Monday in time for their deadline - he now claims "I wish I had more time to paint it, I could have done a better job", but it still looks pretty great to us.

0
An iconic image of a true jazz great, the cover of Coltrane's Blue Train was supposedly inspired by Picasso's Blue Period. The photo, taken by Francis Wolff, certainly captures the sax legend in a pensive, thoughtful and, well, blue mood; basically looking like the super-cool legend he was. 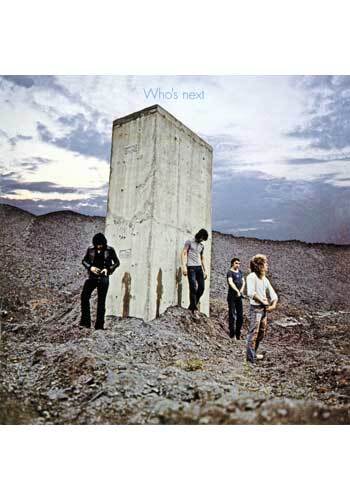 0
The Who have always made strange, but brilliant covers, and this was no exception, with the band photographed having apparently urinated on a massive stone monolith in Easington Colliery, an old coal mining town. The significance of the monolith, or the band's 'desecration' of it is unknown: perhaps it is a rejection of progress - the coal representing industrialisation; perhaps it is a reference to the monolith discovered on the moon in 2001: A Space Odyssey (director Stanley Kubrick had turned down the chance to direct the film version of the band's Tommy, so maybe this was payback); perhaps it was just a strange idea. Either way it's an extremely memorable, and cool, cover image. 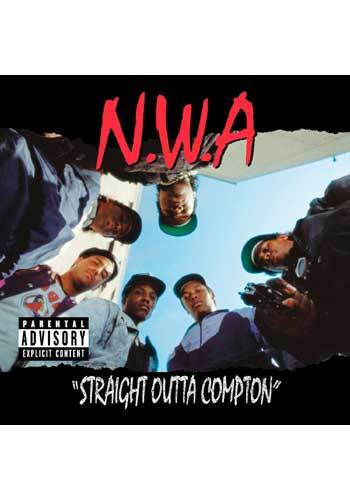 0
N.W.A. were a force of nature when they arrived on the music scene in the late 80s, being genuinely deserving of their self-declared status as 'The World's Most Dangerous Group'. The cover to their landmark album perfectly encapsulated what they were about, the group encircling the listener, as you stare down the barrel of a gun held by Easy-E. The idyllic blue Californian sky provides the unlikely backdrop - all may have seemed sunny, but trouble was brewing in Compton.

Dark Side of the Moon - Pink Floyd 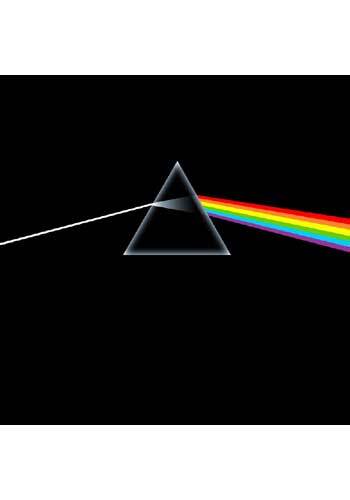 0
One of the most influential pieces of art in music history. Nothing more needs to be said to describe it. 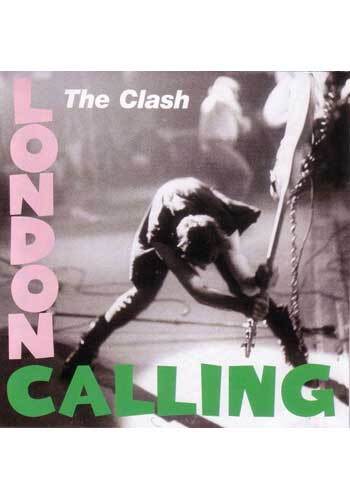 0
It remains a fact of rock 'n' roll that there is nothing cooler than a) smashing your guitar, b) being able to afford to smash your guitar or best of all c) not being able to afford to smash your guitar but doing it anyway. The Clash went one better by d) smashing a bass. That thing weighs a lot. Pennie Smith's shot captured that essential sense of abandonment and loss of control, and Lowry's design, paying homage to the King of Rock 'n' Roll, Elvis's self-titled album, hammered home the point further. Often imitated, never bettered

Self Titled - Rage Against the Machine 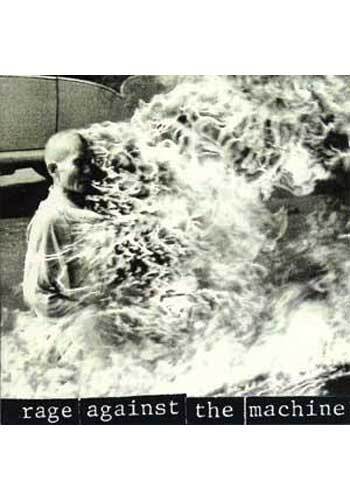 0
Rage Against The Machine's 1992 self-titled debut album was nothing short of incendiary - a political and radical call-to-arms soundtracked by ferocious metal riffs. The cover was no less confrontational, featuring a photo taken by Associated Press correspondent Malcolm Browne of a Vietnamese Buddhist monk, Thích Quảng Đức, burning himself to death in Saigon in 1963, protesting against the Vietnamese administration's oppression of the Buddhist religion. A truly powerful image demonstrating one man's ultimate sacrifice for his beliefs, it was both shocking and inspiring, two ingredients for an iconic album cover. 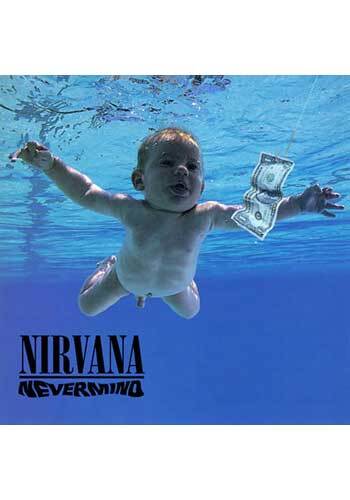 0
The iconic image of an innocent baby swimming towards a dollar bill on a fishhook is one of the most instantly recognisable in musical history, worthy of the enormously influential breakthrough album that was Nevermind. Kurt Cobain reportedly conceived the idea after watching a TV program on water births, and a photographer was duly despatched, with the dollar bill being added afterwards. The meaning behind the image has never been revealed, and never will be, adding to the intrigue, and coolness of the sleeve. 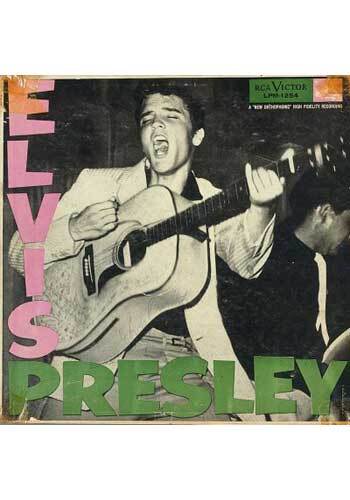 0
The album that changed everything, and a photograph that captured Elvis on the cusp of greatness. It doesn't come much cooler than that. The photograph was taken at the Fort Homer Hesterly Armory in Tampa, Florida, on July 31, 1955, with Elvis aged just 20. He was towards the bottom of the bill, but he wouldn't be there for long as this album, and the accompanying cover - arguably the world's first tangible image of a rock 'n' roll star - propelled him to immortality.

Music for the Jilted Generation - Prodigy 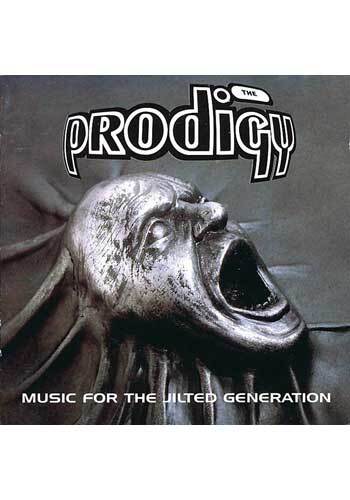 0
A record of ferocious power, attitude and force and, truly, a cover to match, a metallic howl of anger addressing the Jilted Generation which Prodigy so successfully reached. A brilliant and iconic cover.

The Score - The Fugees 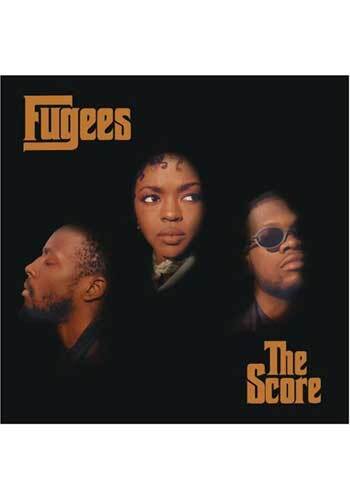 0
One of the coolest hip-hop collectives of all time, at the peak of their powers, this seminal record also boasted an effortlessly cool cover, all three contributing members - Wyclef Jean, Pras Michel and Lauryn Hill - pictured individually, but together, for a sleeve with a cinematic feel; appropriate for an album that Hill described as 'an audio film'.