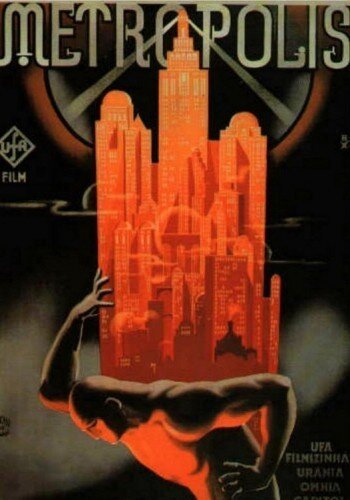 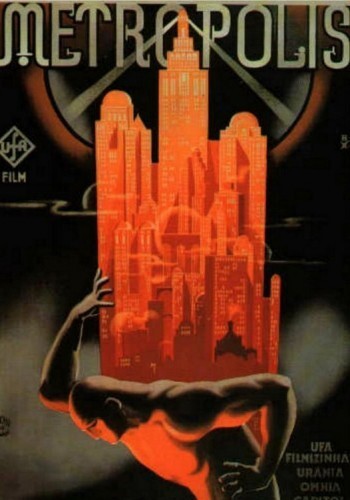 0
Смотреть все фото в галерее
The earliest entrant on our list deserves its spot for showcasing the invention and complexity of poster design back in a time when Photoshop would have been understood as an actual shop full of photos. Themes of oppression and social hierarchy take precedence, giving the poster equal parts style and substance. 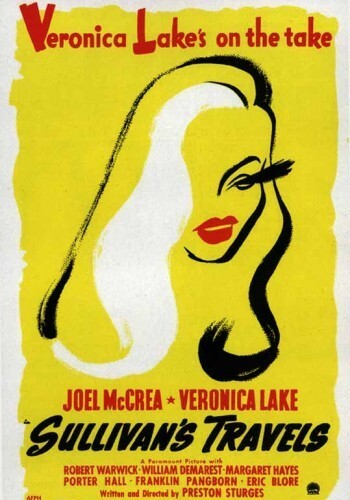 0
Taking one of the most desirable actresses of the 1940s and showcasing her sex appeal through a simplistic drawing is no mean feat. This poster for the satirical Preston Sturges comedy might not reveal much about the film (which focuses on a film director struggling to make a socially relevant drama) but it makes the most of Lake's first leading role. Plus the tagline sort of rhymes. Which we don't see enough of these days... 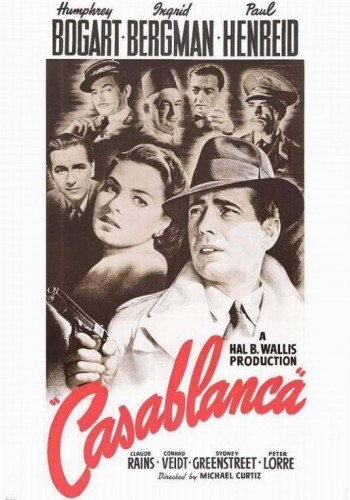 0
Famously riffed on in the poster for The Good German, the original is quite simply the best. Retaining the black and white simplicity of the film but adding a shot of colour in the title treatment, it manages to encapsulate the era and also seem cool no matter what the year. 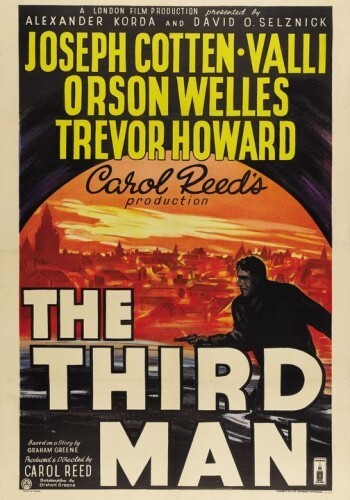 0
It's all about the border on this one. Don't know what it is, we just love a damn border. Well, okay so there's also a lot of other great things going on in this poster for this classic 40s noir. From the striking colour scheme to the moody Vienna backdrop, it's an automatic attention-grabber. But then there's also that border. Man, what a border. 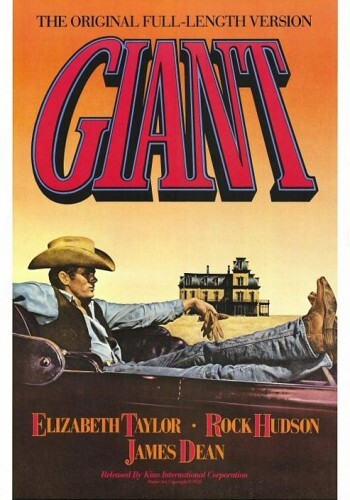 0
Anything James Dean touched has always been synonymous with cool but this poster would have remained cool with or without his involvement. The poster for Giant, one of his few theatrical movies, showcases a typically laid-back Dean, with the film's title bearing down in suitably large lettering. Even the exclusion of co-stars Elizabeth Taylor and Rock Hudson can be forgiven. 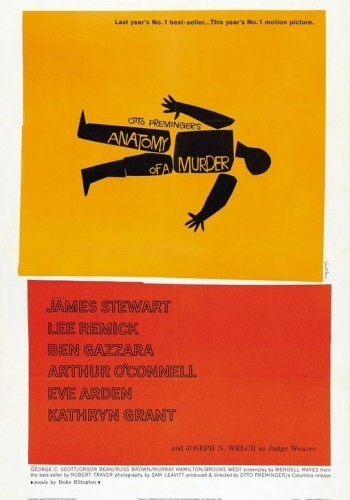 0
Shamelessly riffed on in the poster for Spike Lee's Clockers, this still remains the original and the best. From the Rothko-esque use of colour to the fantastic lack of floating heads, despite the stellar cast, the poster for Otto Preminger's courtroom classic looks as fresh today as it must have looked in the late 50s. 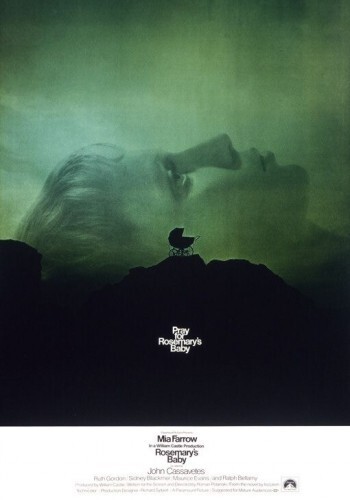 0
This one’s another very daring bit of promotion. With only four tiny words in white, this poster is anything but verbose, but who needs a synopsis when you’ve got such an evocative image? The silhouette of the pram superimposed over the haunting image of Mia Farrow’s sorrowful face encapsulates this sinister tale of the occult. There’s no mistaking this one for a rom-com. 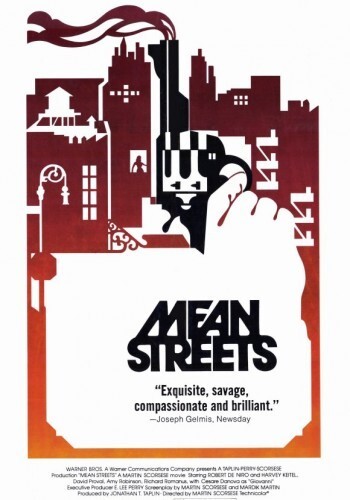 0
There aren’t many images more striking than a smoking gun, and if you had made a gritty drama focusing on the minutiae of daily life on the mob-run streets of Little Italy, you’d probably put one on your poster, too. Paired with the stylized blocks of flats surrounding it, the message is clear – life in this city is dangerous. The design is clean, crisp and striking, loyally serving Scorsese’s realist classic. 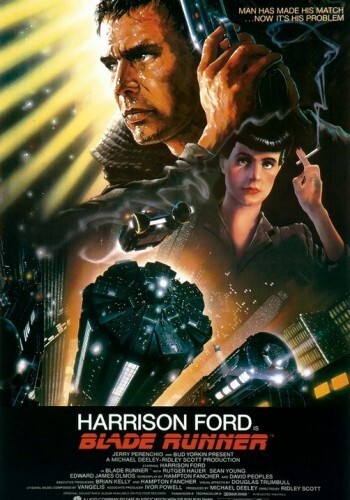 0
Striking just the right balance between the enigmatic aesthetics of neo-noir and the futurist elements of science fiction, the poster reflects the film perfectly. As Deckard, Harrison Ford looks just about as cool as ever with his pistol raised and Sean Young’s cigarette provides the obligatory smoke to give this poster its mystique. Also, you can't beat a flying car. 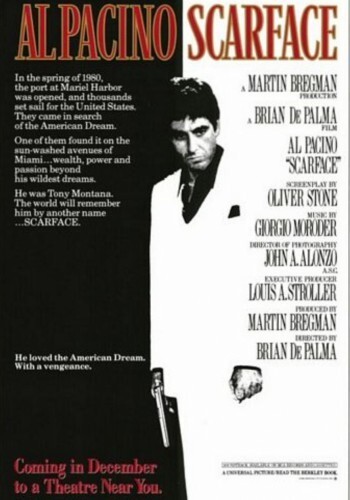 0
Befitting Al Pacino’s most definitive role since The Godfather, this movie artwork puts his name in big letters – red, to signify the blood the film delivers by the bucket load. And then you have that image of the man himself, which instantly became a pop culture classic and has adorned the T-shirts of film buffs ever since. We’re not sure whether it’s the stark monochrome styling or the sheer malevolence that Pacino exudes here, but it’s definitely an image that sticks in your mind. 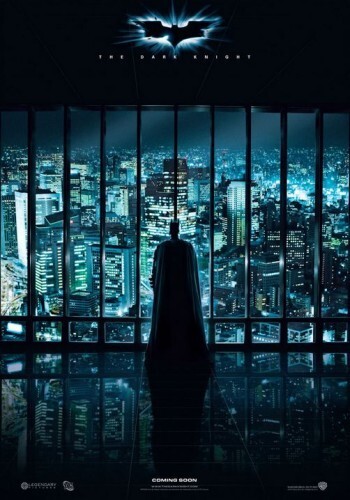 0
When it comes to the marketing campaign for The Dark Knight, pretty much every element was perfectly planned. From the intricate viral network of a fake online Gotham to a selection of awe-inspiring posters, Nolan's superhero epic was as classy as they come. This one-sheet was a true breath-taker, with the caped cruasder looking out onto the city he aims to protect, all beautifully coloured with a neo-noir palette.