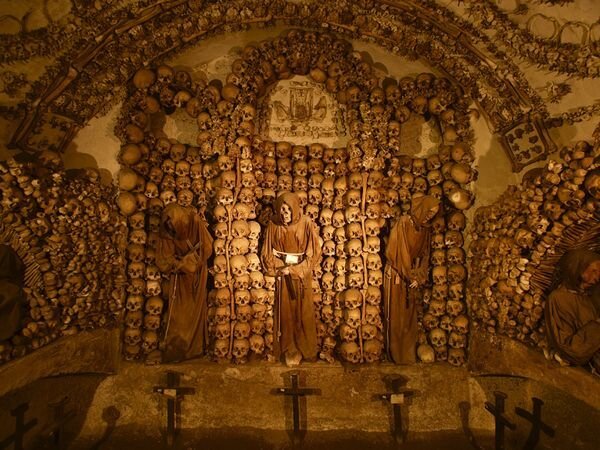 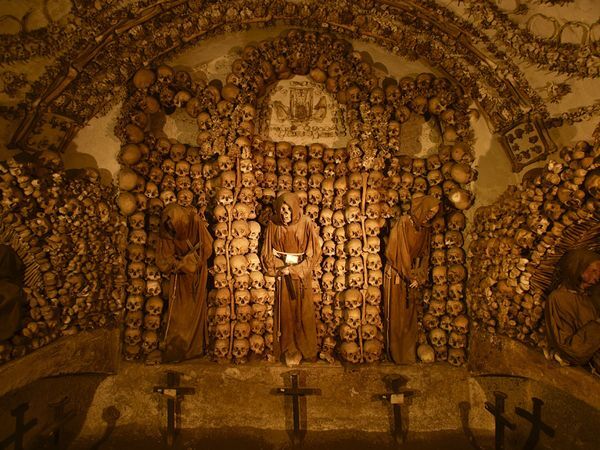 0
Смотреть все фото в галерее
An elaborate homage to the dead—and a reminder of mortality to the living—adorns a crypt under Santa Maria della Concezione church in Rome. These macabre ornamentations, constructed from the bones of 4,000 deceased Capuchin friars, "make the people who stacked the bones in Paris's catacombs look like amateurs," according to one observer.
Photograph by Stephen Alvarez 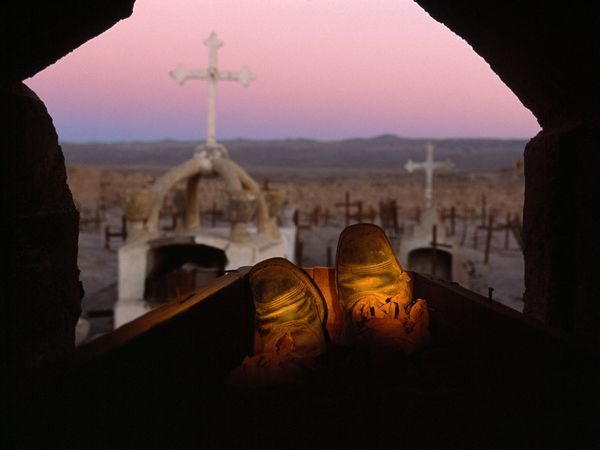 0
"You die here, you dry here," goes a saying in Chile's parched Atacama Desert, where corpses left exposed by looters quickly shrivel in the sun. At this cemetery in the town of Puelma, open coffins are everywhere, the bodies inside still laced in their boots.
Photograph by Joel Sartore 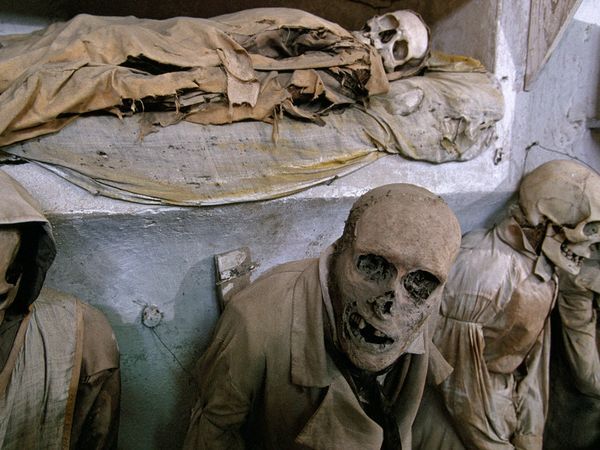 0
More than 400 years ago, the monks at the Capuchin monastery in Palermo, Sicily, discovered that deceased friars interred in catacombs underwent natural mummification. Word got out, and the order began allowing ordinary citizens to be buried there as well. Now, visitors can see thousands of preserved corpses, most wearing the tattered remains of their finest garments, arranged in the macabre museum's narrow halls.
Photograph by William Albert Allard 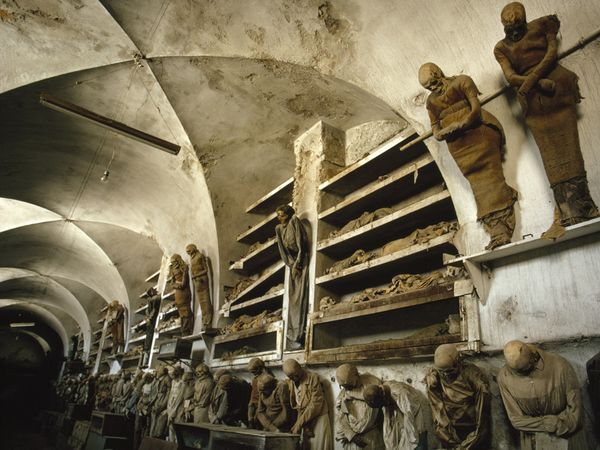 0
The 8,000 or so mummies in the Capuchin catacombs in Palermo, Sicily, are arranged in rooms according to their worldly status: man or woman; priest or professional; child or adult. There's even a chamber for virgins. The Italian government outlawed mummification at the site in 1881, but an exception was made in 1920 for two-year-old Rosalia Lombardo, whose remarkably well-preserved body is nicknamed "Sleeping Beauty."
Photograph by Jonathan Blair 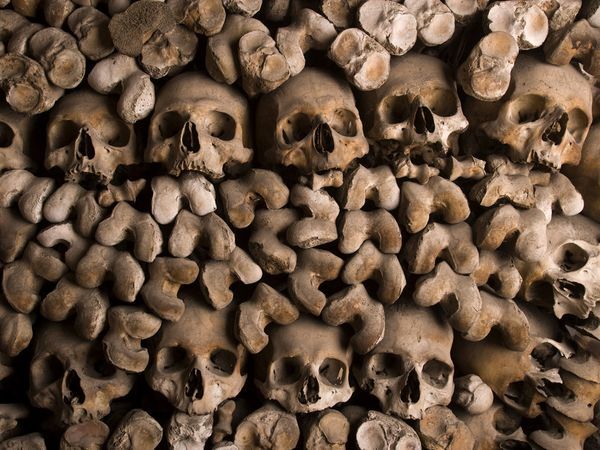 0
The skulls and bones of some 4,000 Capuchin monks, some of whom died nearly five centuries ago, adorn a six-room crypt beneath the church of Santa Maria della Concezione in Rome. More than a mere burial chamber, the friars have arranged the remains of their brethren into bizarre death art, including chandeliers, archways, and wall decorations.
Photograph by Stephen Alvarez 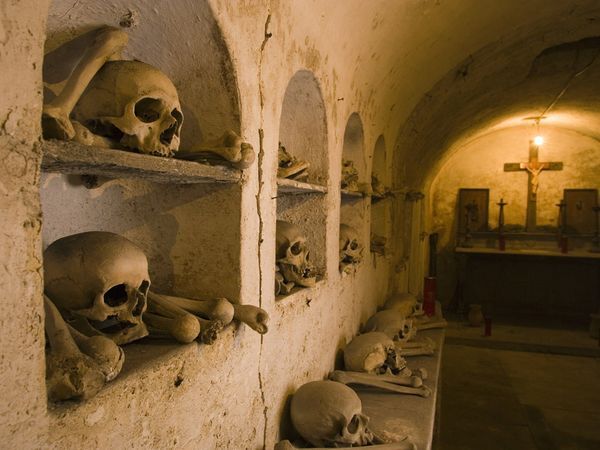 0
Neatly arranged bones sit within a crypt beneath a church in Rome. Burial chambers beneath the Eternal City house the remains of tens of thousands of deceased citizens. One 16th-century church, Santa Maria dell'Orazione e Morte, used its catacombs to provide proper burials for the poor, taking in some 8,000 bodies over a 300-year period.
Photograph by Stephen Alvarez 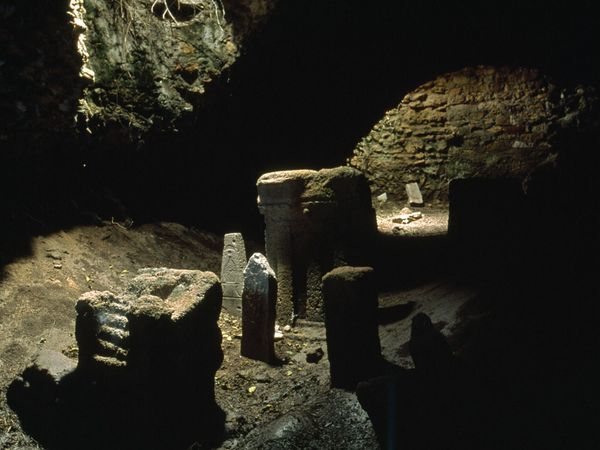 0
The Phoenicians are said to have regularly sacrificed children to appease the gods. These ritual killings and burials allegedly took place at stone sanctuaries called tophets, like this one discovered in the ruins of the colony of Carthage in Tunisia.
Photograph by Robert Clark 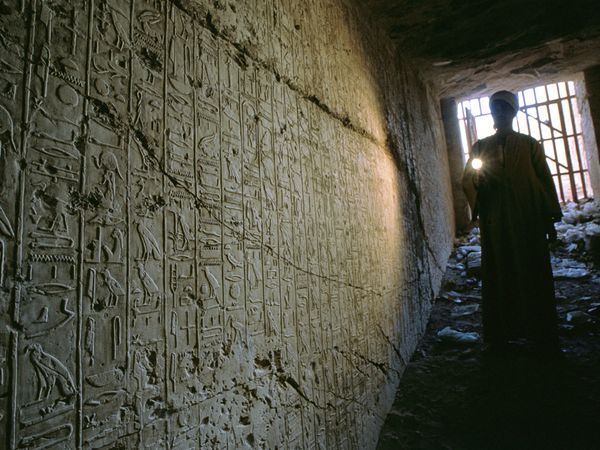 0
The walls of the tombs of Egypt's pharaohs were often covered with hieroglyphs that offered, among other things, instructions to the king for navigating the many dangers that lurked in the transit between death and paradise. Here, a man's flashlight illuminates wall writings in a passage in the tomb of Ramses II in Egypt's Valley of the Kings.
Photograph by O. Louis Mazzatenta 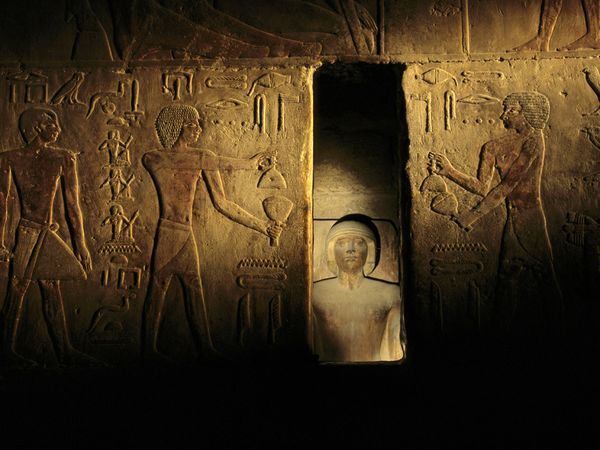 0
The pharaohs of Egypt supposedly imbued their ornate burial sites with deadly curses to dissuade would-be looters. For good measure, the Pharaoh Ti had a statue of himself erected in a special chamber to guard his sepulcher in Saqqara.
Photograph by Kenneth Garrett

Skeleton in an Egyptian Tomb 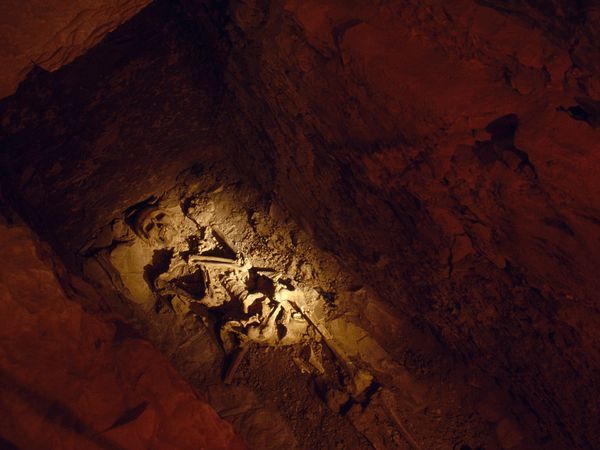 0
The Egyptian tomb complex known as KV5 was built to house the remains of the many sons of Pharaoh Ramses II. Located in the Valley of the Kings, it contains more than 120 chambers and corridors, including the largest room of any tomb in the valley. Here, a skeleton, possibly one of Ramses' sons, lies in an excavated grave.
Photograph by Kenneth Garrett 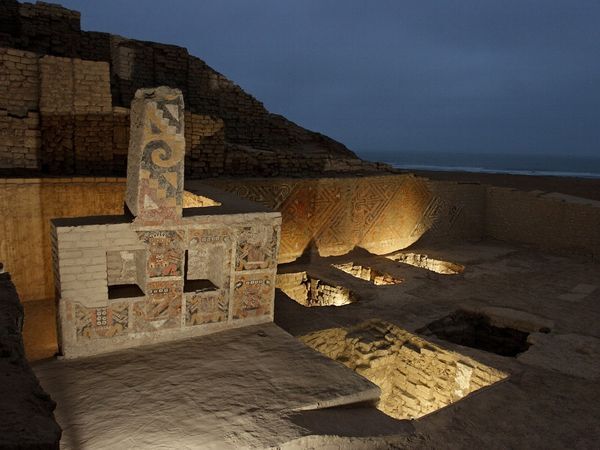 0
Archaeologists recently discovered the tomb of an elaborately wrapped, tattooed woman at the top of El Brujo, a ceremonial Moche temple in northwestern Peru. Some experts think the 1,600-year-old mummy's special treatment could indicate she was a warrior queen, a significant break from the common belief that Moche leaders were all men.
Photograph by Ira Block