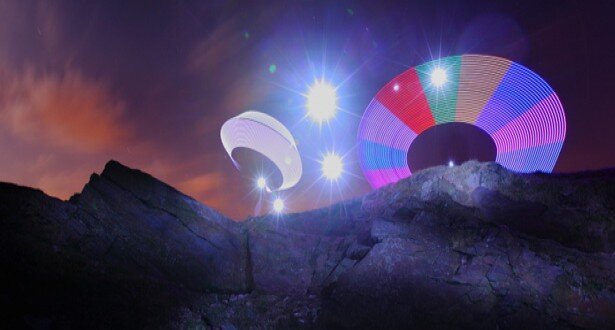 Matt Cardle may be a distant dream but that wretched Talk-Talk sponsorship still curses our shell-likes. Remember it? Remember the flipping neon Rainbow? Have mercy.

However, it turns out a pretty funky dude was behind those very ads.

Putting our Bonfire Night efforts to shame, artist Michael Bosanko takes his work to another level by creating sci-fi and nature scenes using torches as paintbrushes. Armed with just an SLR camera and acetone paper to vary the colours of light, he’s ready to roll.

Michael and his technicolour torches venture out when the rest of us are tucked up dreaming of England. He sets his camera to long exposure – which varies from 10 minutes to an hour – presses the shutter button and hey, presto, the landscape is his easel. The photographs must be taken in the dead of night so that the long exposure feature works and the camera lets in only the light intended.

His experiments with ‘light graffiti’ came about after he tried to take a photograph of a full moon whilst on a holiday in Greece. By accidentally leaving the camera’s shutter open too long, the resulting photograph had a swirling effect.

Seven years later, he’s been given the nod from industry big timers with art work commissioned by Ford, O2 and Peugeot. Not bad for a mistake.

Torches…no longer just the redundant bit of plastic at the back of the cupboard that we fumble around for when a power cut strikes. Oh no, these are now an almighty tool in creating futuristic art masterpieces. 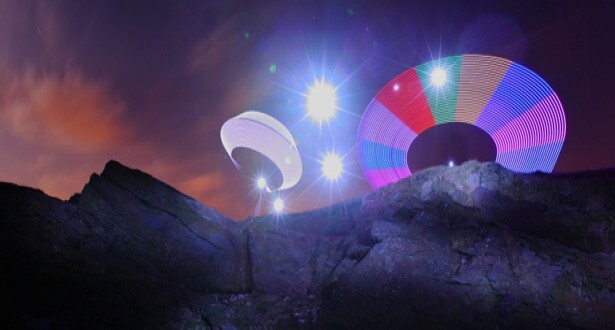 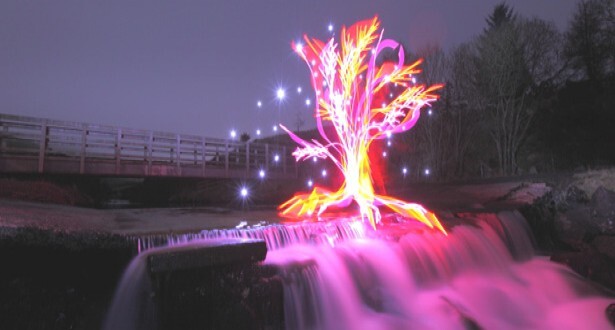 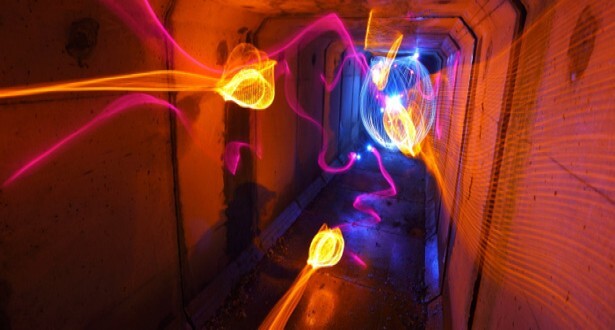 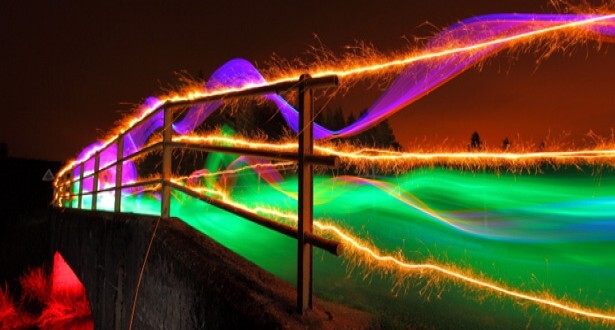 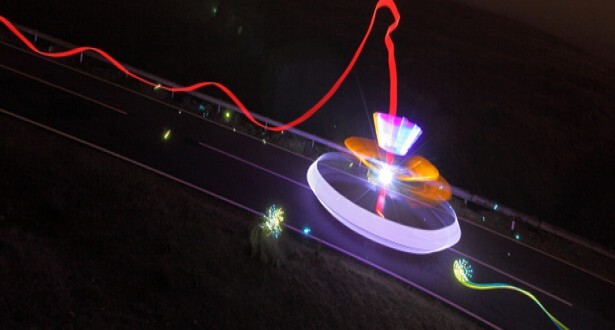