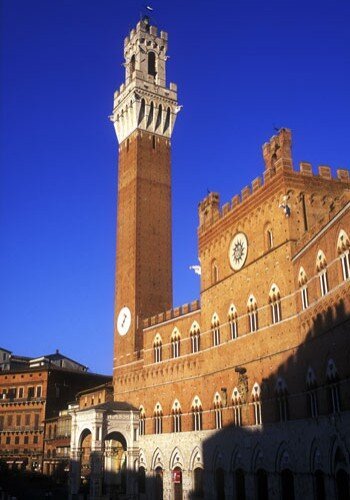 If the architecture industry suddenly took inspiration from the military and started handing out medals instead of awards, Lord Norman Foster might have some trouble fitting them all on his blazer.

In a career spanning nearly 50 years, the 75-year-old has won the Stirling Prize — the equivalent of UK film’s Baftas — twice, the Pritzker Architecture Prize, the Minerva Medal, Germany’s Order Pour le Mérite, the Aga Khan Award and the Prince Of Asturias Award.

He’s also designed a few things: the Gherkin, London’s City Hall, Wembley Stadium, Berlin’s Reichstag and the world’s tallest bridge, the Millau Viaduct. So when we sat down with Foster to discuss his favourite buildings, we knew he wouldn’t take it lightly. “You’ve given me an arduous task but I’ll do my best,”

The award-winning documentary And How Much Does Your Building Weigh, Mr Foster? is out now at selected cinemas. 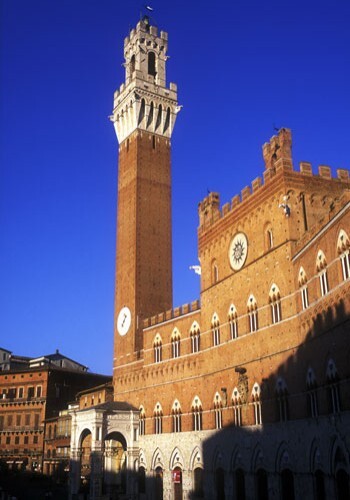 0
Смотреть все фото в галерее
"I thought I’d be a bit mischievous and seek to re-write the rules. Buildings are important, but they’re not the only part of the story. The infrastructure that binds the architecture - by that I mean the squares, the parks, the connections - together is more important than the buildings themselves. This beautiful square in Siena is one of the very first examples of a space that was actually planned. It serves as the spatial heart of the city. It’s a very, very beautiful space and it influenced me hugely as a student. When I was studying architecture and I received a travelling scholarship which enabled me to travel, I went to Italy, probably in my third year, in the early 1960s, and I was amazed when I first saw this." 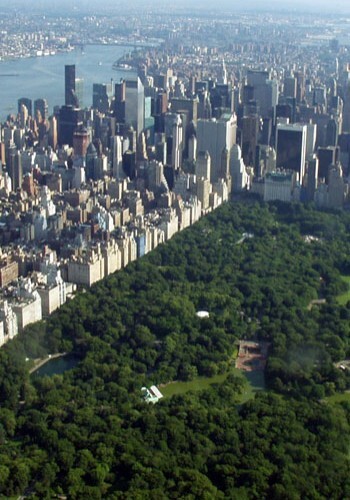 0
"The things that make a city liveable, as well as the hard living spaces, are the soft, green spaces, the tiny lungs of the city. My favourite is Central Park. The incredible thing about Central Park - it's unlike any other park that I know - is that it's criss-crossed by traffic, but you never know that when you're there. It's unbelievably clever. I first went there as a student when I was studying at Yale. One of the first trips offered was to New York, and I remember Central Park being this incredible experience. It was only afterwards that I really started to look properly and realise it existed in two realities; you can speed through the park in a cab or on a bike in this other world below, or walk through it and feel like you're outside the city. It’s an extraordinary clever use of levels." 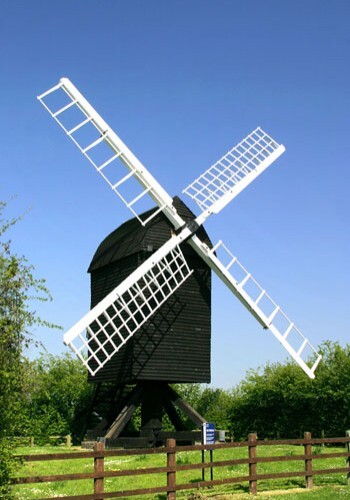 0
"This is one of the buildings I measured as a student while in Cambridgeshire. I measured a group of buildings, a big barn, a thatch barn, and a post mill, which you can see here. It’s not about old buildings being really rustic and picturesque and part of our heritage, but making the point that there are valuable lessons to be learnt from these buildings. Most people would probably not think twice about these. Because these buildings were so functional people often ignore the aesthetics of them. Maybe I’m trying to be too clever, maybe your readers will think I've lost my marbles or something. But it’s a very personal thing, and it’s one of the first buildings I measured, and one of the first buildings I looked at with an architect's eye." 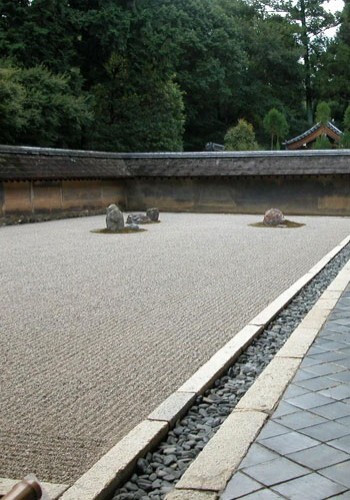 0
"Ever since my first visit to Japan, I've been really impressed by the traditional Japanese buildings from the past. There are two which are really outstanding; one is the Imperial Villa Katsura, and the other is this, the Ryoan-Ji Temple. This one has that extraordinary gravel garden, and is much smaller and less grand than Katsura. It was built between 1488-1499 and has subsequently become a national shrine. It's just very beautiful." 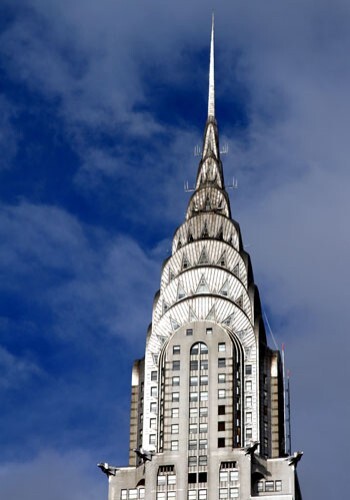 0
“I love towers. It’s impossible to think of our times without towers. Curiously I’ve just had a model made of the Chrysler Building for my own pleasure. It was the world’s tallest building for just 11 months before the Empire State Building raced past it, but then they stuck that pencil-like mast on top which nudged it past the Empire State one year later. It’s an emblematic building and an emblematic building for its time. There was a period where we forgot that big buildings can be beautiful, but now I think we’ve rediscovered that.” 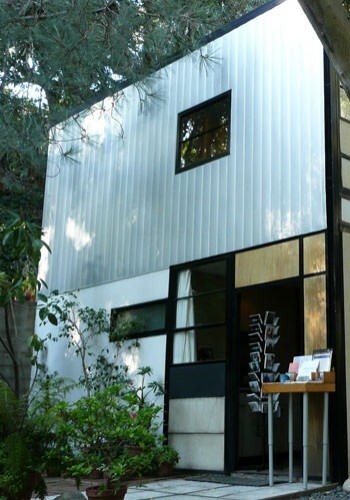 0
“I felt that one should have a house in this selection. It’s a playful house — the furniture is by Eames, it has Eames’s collection of toys and has a very Japanese feel to it. It made a huge impression on me when I first saw it as a student. So much so, that when I did the Sainsbury Centre For Visual Arts at the University Of East Anglia in the Seventies I managed to secure the first exhibition of Eames’s work in the UK as its opening exhibition, so there’s a nice connection. It was an economic house, it cost very little, but it’s extraordinarily elegant. It has that wonderful fusion of the interior, the exterior. It’s a playful and colourful building, but it’s also serious, and it has withstood the test of time remarkably well. I still continue to go back to look at it.” 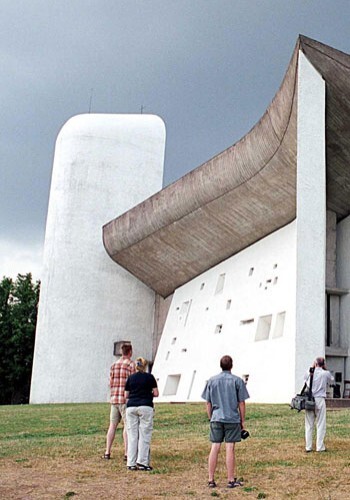 0
“It takes the same religious theme as Chartres and changes the scale, but not the impact. Ronchamp is a moving little building. It’s an absolute jewel. It’s a forceful statement from a building that’s not much bigger than a house, and is a nice reminder that there are incredibly potent, moving buildings that are not a colossus. They touch the spirits, even though in some ways they’re quite modest in scale and size — but emotionally, they are incredibly powerful, both inside and out.” 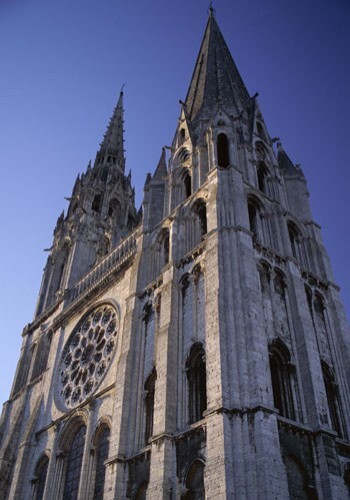 0
“You have to include a cathedral. Chartres rises out of the flat countryside in a way that is still staggering now, so it must have been absolutely awesome if one goes back eight centuries. It was interesting that somebody said HSBC’s Main Building in Hong Kong [which Foster designed] was a ‘cathedral to money’. My first reaction was, correctly, that it was meant to be a put-down. Then, the more I thought about it, the more I thought it was an interesting analogy. The cathedral is a moving space, why shouldn’t a banking hall be similarly moving?” 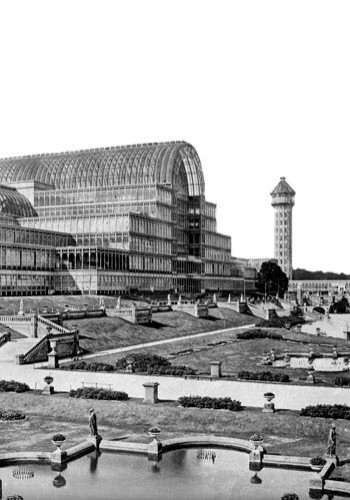 0
“I was told that they took the statistics for this building — in terms of the volume it enclosed, the amount of time they had, the innovation that they had to put in place to achieve it — and gave them to a management group of respected individuals, who concluded that it was technically impossible. The guy who designed it drew it on blotting paper as a concept and then developed the materials, know-how and assembly techniques. It must have been breathtaking to see the spaces, even today. It’s an engineering achievement, it’s a procurement achievement, it’s a political initiative that was fulfilled and an incredible celebration.”