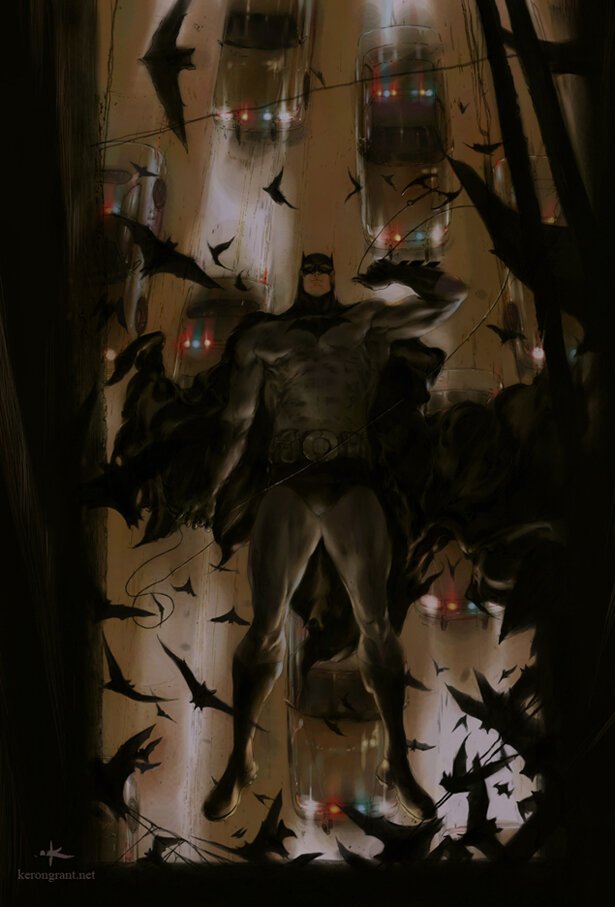 We’re not ashamed to admit it, but as a kid our favourite cinematic line was uttered not by Han Solo (he provided our second favourite though), Indiana Jones or Peter Venkman, but by a woman. Lois Lane (ah, Margot Kidder, where did it all go wrong?) to be precise.

After being plucked from the sky by Superman and told that he has her, the feisty reporter turns to the man of steel and delivers this killer line: “You, you’ve got me? Who’s got you?”

We were immediately transported back to such idyllic childhood memories when we copped eyes on this cracking portrait of Superman whizzing through the Metropolis air by ace American artist Keron Grant.

Not only does it capture the sheer vertiginous speed at which Superman travels, but it amplifies the daredevil otherworldliness of superheroes. Keron Grant has replicated in his Batman and Flash sketches below.