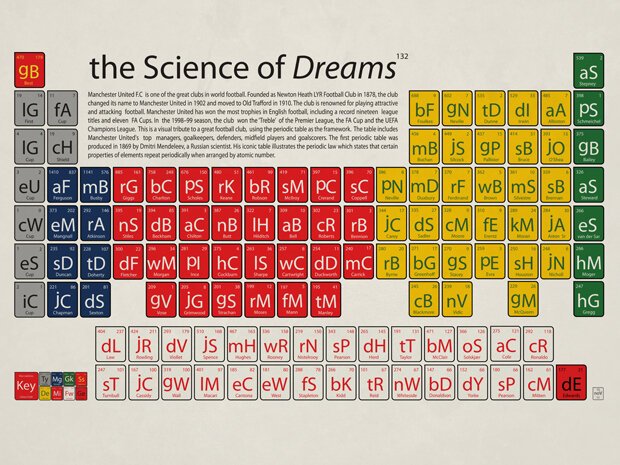 The Science of Football (the REAL kind)

05 nov 2012 14:06
833
4
The ways in which football and science are similar are, well, erm, minuscule. One is an exacting discipline made up of calculations, meticulously researched theories and fiercely held thoughts, and the other is science. =] Ha! But seriously, there are no facts in football – well, apart from those that detail who won what. However, in an attempt to bring together science and football, we can only applaud the work of artist Johnny Joannou who has devised a series of eye-catching prints based upon that most terrifying of school horrors, the periodic table. So far, he’s applied this most ingenious of ideas to Arsenal and Leeds United (celebrating the players that appeared under the reigns of Arsene Wenger and Don Revie) and Everton, Manchester United and Tottenham Hotspur (marking notable players for each club). And you know what? It really works. Both aesthetically and literally - the elements that make up a football club and team being perfectly represented in the simple, grid-like boxes. We wonder if he’s up for making one of Boston United? No? Shame.

Manchester United: The Science of Dreams 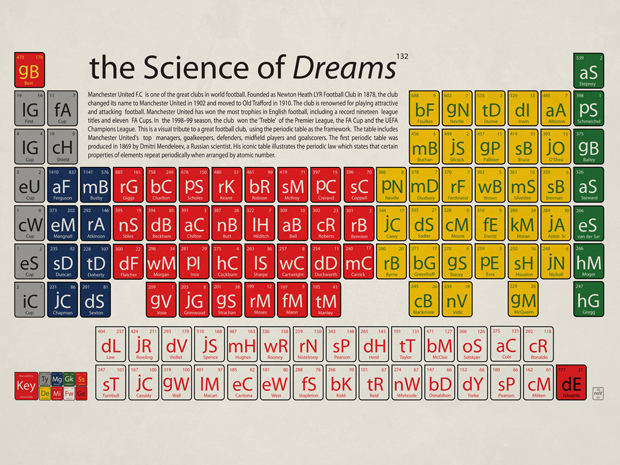 Arsenal: The Professor of Science 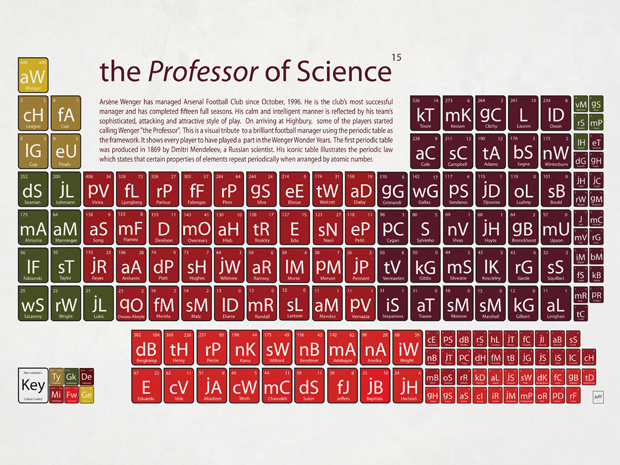 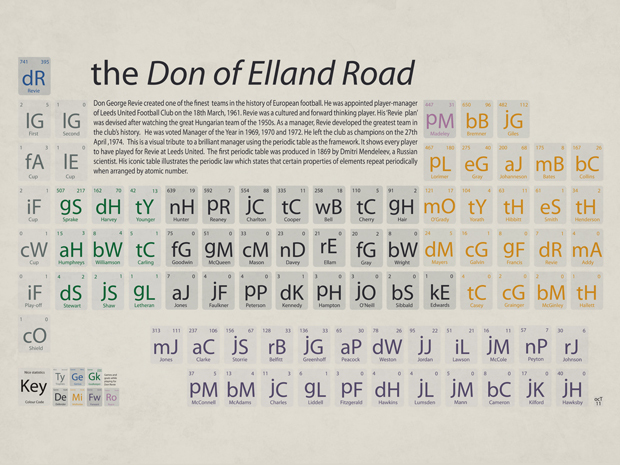 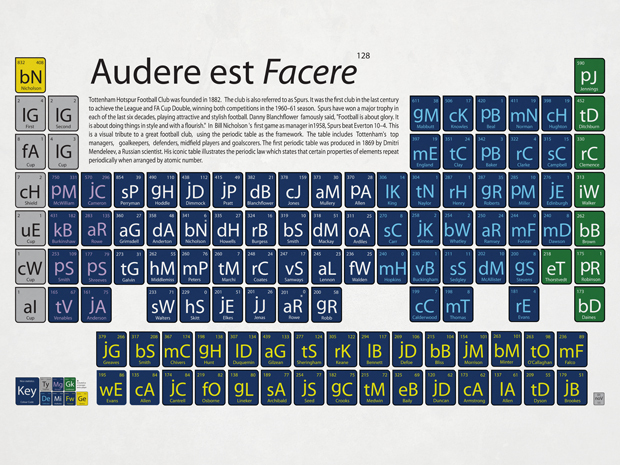