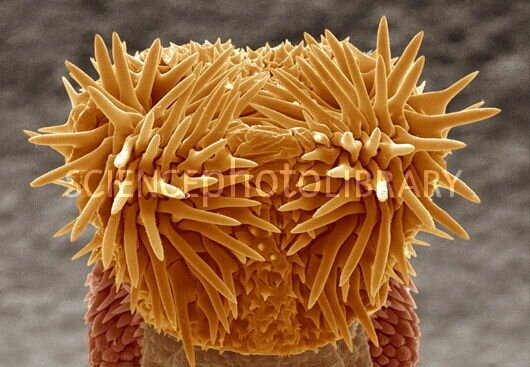 Weirdness from the Animal Kingdom

Have you ever wondered how insects mate? No? Let me tell you anyways.

One of the weirdest occurances in the animal kingdom are the mechanisms in which insects mate. All of life is driven by this one, seemigly simple task to procreate and pass on ones genetic makeup. To hominids, sex is usually an act of pleasure, and it triggers the brain to release dopamine, serotonin, and oxytocin, all of which make the brain feel really happy. For insects however, the story is a little different. Most insects copulate through the act of traumatic insemination, or hypodermic insemination. Why does it sound scary? Because it is. The male insect inserts his penis into the female by piercing the female's abdomen, and injecting his sperm into the abdominal cavity, or hemocoel. The sperm difuses through the females hemolymph, or what we would call, insect blood, reaching the ovaries and resulting in fertilization. This is evolution's test to determine the females physical fitness. Since her abdomen is punctured and suceptible to infection, she must either develop an immune adaptation, or learn to cope with infection. This way, the offspring are guaranteed to be the most physically fit. Bed bugs have specifically mastered this adaptation, evolving one of the most sophisticated systems for mating. The evolutionary origins of this practice in the animal kingdom has always been debated. The strongest hypothesis argues that hypodermic insemination evolved as a response to females kicking off their mate. Females are choosey, and want the best cheap sperm for their expensive gametes. The females evolved the technique to kick off the mate that they didn't want, in response, males developed the hypodermic insemination process, but were unsuccessful to the females kicking. As a last evolutionary response to this, the males developed the ultimate weapon. 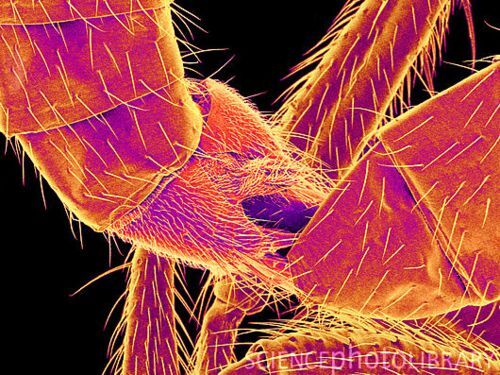 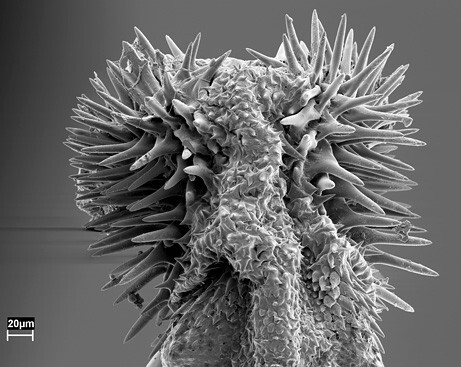 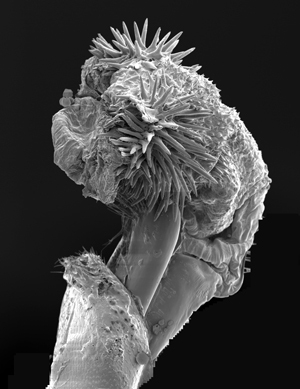 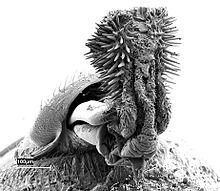 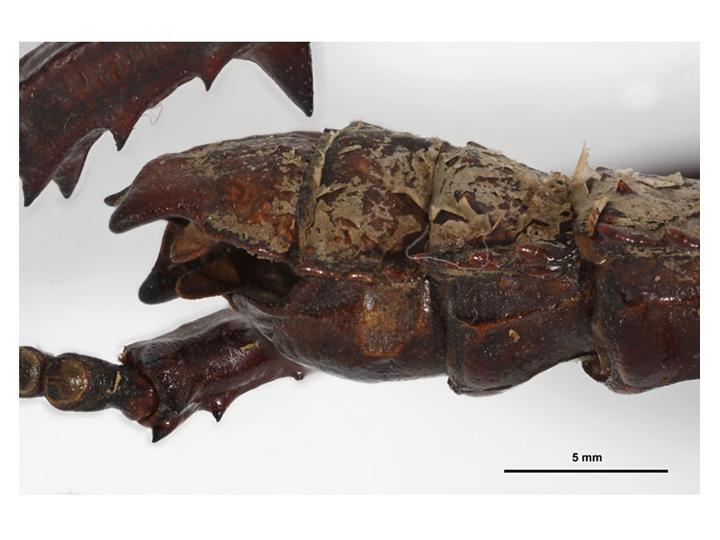